While Google has already introduced us to the upcoming Android M operating system, lots of tablets are still stuck running Android 4.4 KitKat, which is almost two years old. Thankfully, the Vodafone Tab Prime 6 isn’t one of them.

Equipped with Android 5.0 Lollipop, the Prime is near enough brand-spanking new as far as software is concerned, running a near-pure version of the operating system with only a handful of modifications.

The left-most home screen is dedicated entirely to personalised magazine app Flipboard, meaning that the app launches as soon as you venture there. Given the choice, we’d opt out, but it’s not the worst thing in the world. Flipboard is an excellent app we’re sure most consumers would download immediately, and sacrificing one of multiple screens is a hit we can take. 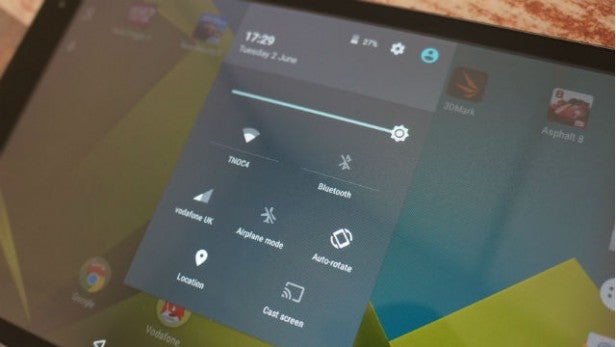 The Prime also ships with a number of non-Google apps, including Peel Smart Remote, which allows you to use the tablet as a remote control. If you don’t want it, you can uninstall it.

Unsurprisingly, the Vodafone app comes bundled too, providing a quick way to check your balance and voicemail, as well as feeding promotions your way. This isn’t removable, but you can easily hide it from your home screen and never think about it again. Facebook and Twitter are also included, but otherwise the software is left relatively clean.

However, there’s a glaring omission. At £150, the Prime is basic and aimed largely at first-time tablet owners, yet there’s no user guidance to be found. The Hudl 2, meanwhile, includes an excellent interactive ‘Get started’ manual, which provides users with comprehensive, easy-to-follow advice.

What’s more, the Prime is 4G-enabled and comes with a SIM, which brings with it an extra layer of techno-babble for consumers to potentially trip over. You can certainly search for this information online, but it would be far more convenient on the tablet itself. 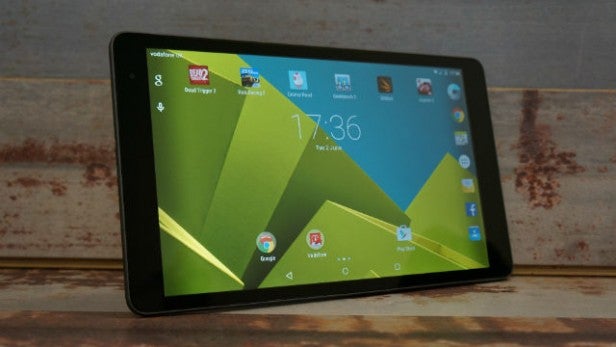 Reflecting its budget price, the Prime is a modest performer. Powered by the quad-core Snapdragon 410 processor clocked at 1.2GHz, it also features a basic 1GB of RAM. In simpler terms, it’s built for casual use.

A result of 3,987 in the 3DMark Ice Storm Unlimited graphics benchmark makes for similar reading. It ranks terribly in comparison with rival devices. The Hudl 2 (12,854) and Lifetab (14,732) wipe the floor with it, and even the Iconia (4,698) asserts its dominance.

However, benchmarks aren’t everything, and the Prime proves that. Complex 3D games, including Real Racing 3 and Dead Trigger 2, play perfectly well at a lower graphics setting, which should keep keen gamers satisfied. Asphalt 8 isn’t quite baby smooth, but it’s not cripplingly laggy. General tasks, such as browsing the web and watching TV shows, are also nice and fluid.

What’s less pleasing is the amount of heat generated during periods of heavy use. The area around the rear camera gets worryingly toasty, though during our time with it, this never led to the Prime shutting itself down. It’s still concerning though. 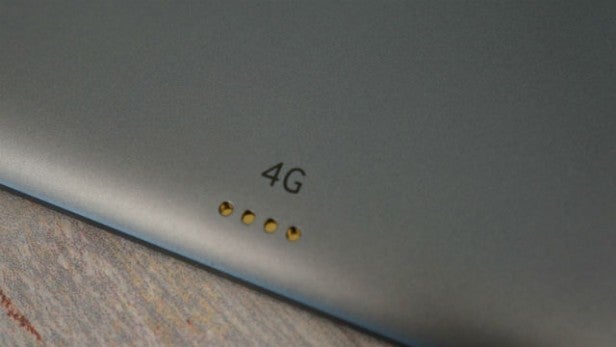 The Prime comes with 16GB of internal storage, just under 11GB of which is available out of the box. However, you can boost this by a further 32GB via the microSD slot around the back. It also runs Bluetooth 4.1 and 802.11 a/b/g/n standard Wi-Fi.

The big news here is the 4G LTE support. This means you can either use the Prime at home off the back of your Wi-Fi connection, or out and about wherever you can connect to Vodafone’s 4G network.

Camera quality isn’t the first area of a tablet we’d typically explore, but you still need something half-decent, especially if you’re a frequent user of Skype. The Prime has a 5-megapixel main sensor and a 2-megapixel selfie camera, both of which get the job done.

The rear camera’s inclusion of HDR and panorama modes is a pleasant surprise, but we’d still recommend using your smartphone for photography if you can. Pictures generally look washed out and the Prime struggles to cope in both bright and dim settings, overexposing sunlight and drowning dark scenes in murky shadow.

Vodafone’s managed to squeeze a 4,600mAh battery into the Prime, which is considerably smaller than what you’d ideally want from a 10-inch tablet. For comparison, the Iconia contains a 5,700mAh battery, and the iPad Air 2 is powered by a 7,340mAh beast.

The sad fact is that the Prime lacks juice. With screen brightness set to 80 per cent and volume at 60 per cent, it lasted six and a half hours while playing YouTube videos. This is fine if you’re lounging around near a power socket at home, but you’ll have to charge it on a regular basis if you like watching TV shows during your daily commute. Still, it’ll be enough to keep you distracted from the sweaty surroundings of your train carriage for the duration of your journey. 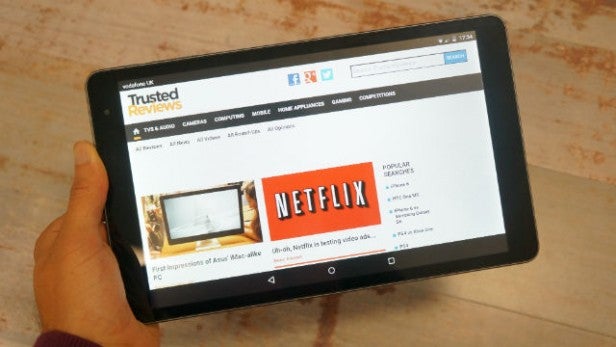 Should I buy the Vodafone Tab Prime 6?

The Vodafone Tab Prime 6 is tough to recommend. It has a lot of excellent competition at this end of the market, mainly from the Hudl 2, and as a result it just doesn’t stand out.

Its biggest attractions are the £150 price and 4G connectivity. Design-wise, Vodafone’s also onto a winner, since the Prime is light, slim and comfortable to hold.

However, its screen and speakers are seriously disappointing, dashing any real hopes of using the Prime as an entertainment hub. Average battery life and basic performance don’t do it any favours either. It suffers from the same problem as the Acer Iconia Tab 10 – it’s completely unspectacular.

A cheap, 4G tablet that lags a little way behind the competition.