The Smart V8 isn’t a fast phone by any means. Powered by Qualcomm’s latest budget-end Snapdragon 435 system-on-a-chip, there are numerous performance compromises that you’ll have to consider. Actual processor performance is acceptable for the money; most apps open within 5 seconds, and while loading stories in your news app of choice might take a few seconds a pop, it isn’t bad.

Web pages open and perform fine once they’re fully loaded, and I had no problems scrolling up and down the media-heavy TrustedReviews homepage, or any other web page for that matter.

Despite the V8 coming with 3GB of memory, I did find apps fell out of the memory quite frequently. This means if you’re quickly switching between apps, you might not be able to do so instantly, and might even have to re-open apps you thought were already open. It isn’t awful by any stretch. 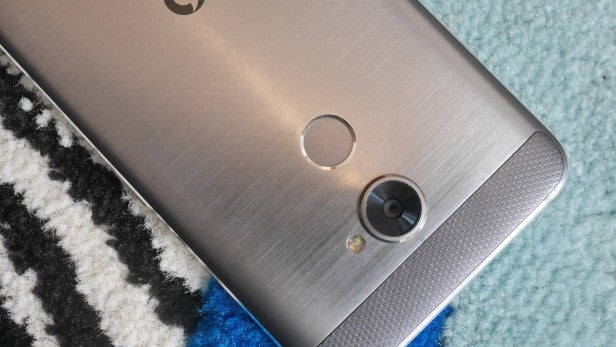 The numbers match the specs. In the Geekbench 4 multi-core benchmark, the Smart V8 beats the Moto G5 with a score of 2610 and clocks in a single-core score of 664.

There were occasional moments where no touch inputs were registered, especially when quickly switching between apps – and there was one occasion on which only a restart managed to get the phone working at full speed again.

The Smart V8 is capable of playing games, too. The Adreno 505 graphics processor on board was happy to play Real Racing 3 at a decent enough frame rate, and less graphically intense games are absolutely fine as well.

I’m less happy with Wi-Fi performance. Not only is it a low-end 802.11n chip (higher-end phones get faster 802.11ac Wi-Fi), it’s also a bit patchy when it comes to signal and switching to the best available network. This isn’t rare among budget phones, so it’s hard to knock points off as a result.

4G connectivity is fine but, again, not as fast nor as stable as the best phones on the market. It’s always worth keeping these downsides in mind if you live in an area where you Vodafone signal might not be up to scratch.

The fingerprint scanner, meanwhile, is reliable and only a little slower than the best on the market from the likes of Huawei. I’d much prefer it being on the front, since I often use my phone while it’s lying flat on a desk. However, many people disagree with that line of thinking, particularly those who spend more time walking around with their phone than using it at work.

The speakers are underwhelming. They’re just about loud enough but lack any real depth. In addition, they’re easy to obscure with your hands when holding the phone in a landscape position. The microphone is at least nice and sensitive, and I haven’t noticed any issues with the 3.5mm headphone jack either.

The latest Android 7.1.1 comes pre-installed, as does a rather poor launcher. Vodafone has made some minor but weird tweaks to the OS, by first putting a bunch of common app icons into ugly circles, and second adding a left-swipe Tips section that won’t be of much use to anybody who’s owned a smartphone before. I quickly installed Nova launcher to get rid of it. 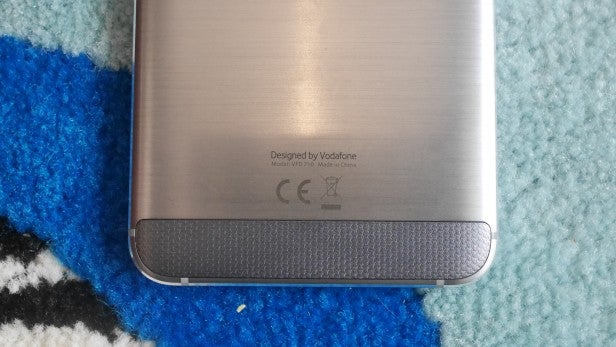 Bloatware isn’t a major issue, but be prepared to be confused by the Messaging and Message+ apps, which both fight to be your default SMS app. Message+ along with Call+ both allow you to send messages and make calls via Vodafone’s website. Vodafone also pre-installs most common Google apps including the various Play stores, Drive apps, Photos and Maps.

Beyond that, it’s a largely unfettered Android experience, which is a good thing.

The 3000mAH battery is pretty average for a budget phone, and is perfectly serviceable with moderate use. I could get a full day out of it on most occasions, dropping as low as 10% come 11pm, having unplugged it at around 7:30am. Music streaming, video catchup and heavy web browsing were all part of my daily routine, and it’s only when it came to a full day of taking pictures and video that it felt at real risk of running dry before the end of the day.

I also ran TrustedReviews‘ standard Netflix test, and the phone consumed 11% of its battery in an hour of Netflix streaming at half brightness.

Charging is quick: I could go from nearly empty to a full tank in under 90 minutes with the supplied charger.

Should I buy the Vodafone Smart V8?

If you’re on Vodafone or are thinking of switching, the Vodafone Smart V8 is a decent deal. It’s a little faster than the Motorola Moto G5, and comes in at around the same price. And you get a bigger screen and battery for the privilege. It’s also bigger and cheaper than the G5 Plus.

The camera is good, performance is adequate (for a budget phone), and battery life is fine. All in all, it’s a good choice. For £40 more on the Three network you can get the stunning Lenovo P2 with its huge battery and faster processor, but the sacrifice is camera quality.

The Vodafone Smart V8 is a solid, network-locked smartphone. For the money, you won’t be disappointed.