Vodafone has loaded the Smart Platinum with Android 6.0.1 Marshmallow, which is to be applauded. Too often phones in the £250-£350 price bracket, such as Samsung’s Galaxy A5, run older versions of Android because the company behind them can’t be bothered to upgrade their custom skins.

Android Marshmallow is an incremental update to Android that adds plenty of useful new features. Highlights include a new user-friendly Material Design look, enhanced privacy controls and Now on Tap – which lets you ask Google Now questions within applications.

The OS’s overall appeal is slightly hampered by Vodafone’s changes. The company has tweaked the Smart Platinum 7’s UI to push its own services.

Generally, the changes are minor and unintrusive, limited to switching Android’s native Call and Messaging services for Vodafone’s own, for example – which actually adds useful features such as the ability take and make calls and messages from a web browser using the company’s Web Access service. 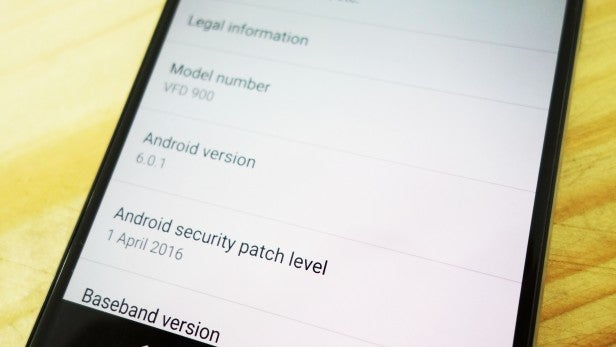 Others are detrimental to Smart Platinum 7 user experience. After Initially powering up, the software begins to push “tip alerts”, informing you how to use the phone. Vodafone has also replaced the left-hand Google Now menu screen with a tips hub, which lets you search for specific “how to” guides.

This sounds great, but in my experience the tips are more of an annoyance than an aid. The information on offer feels oversimplified. Luckily, it’s easy to turn off the tip alerts. As a result, their inclusion isn’t a total deal-breaker and the changes are negligible compared to most Android skins – such as OnePlus’ Oxygen, which completely reworks pretty much every part of Android’s UI.

Vodafone has loaded the Smart Platinum 7 with a octa-core Qualcomm Snapdragon 652 and 3GB of RAM. The specs aren’t anything to write home about in the top-end of the smartphone market, but are pretty decent for a £300 phone.

The Snapdragon 652 is the updated, repackaged version of the company’s 2015 620, making it a mid-range chip; it’s nowhere near as powerful as the 820 in the OnePlus 3. But in real-world use, I didn’t have any serious issues with the Smart Platinum 7’s performance. 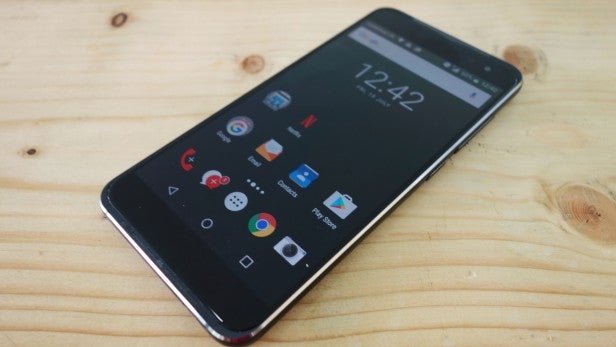 Navigating the phone’s menus is a slick, chug-free experience, with applications open within milliseconds. Web browsing on 4G and Wi-Fi is a judder-free experience, so long as the network has decent signal. The phone ran intensive games, such as Banner Saga and Riptide GP2 lag-free, although loading times were occasionally longer than I expected.

I noticed a drop in performance only during my synthetic benchmark tests. In the generalist AnTuTu benchmark, the Smart Platinum 7 scored 82,660. This is great for a mid-range handset, but well below most Snapdragon 820 phones, which generally break the 90,000 milestone.

In Geekbench, the Smart Platinum performed slightly better and ran in with 1,533 single-core and 5,297 multi-core scores. The OnePlus 3 scored an equivalent 5,393 during Geekbench’s multi-core tests.

The phone performed well during the gaming focused 3DMark: Ice Storm Unlimited test, where it scored 17,811. This score puts the Smart Platinum 7 on a par with phones up to £100 more expensive. The Huawei P9 scored 18,434, by comparison.

Call quality is solid. Making calls on London’s busy streets I was constantly able to hear the person on the other end and the internal mic was more than powerful enough to detect and transmit my voice.

The single front-facing speaker isn’t the worst I’ve seen on a smartphone, but I still wouldn’t recommend using them for anything other than voice calls. Music universally comes out tinny and has a nasally quality that will annoy, not entertain the people around you.