What is the Vodafone Smart Platinum 7?

In general it achieves this goal and matches, if not beats, competing phones at this price and is a great choice for any buyer. A few very minor niggles with its performance and design keep it from achieving true handset greatness, however.

The Vodafone Smart Platinum 7 doesn’t look like a £300 smartphone. The premium glass back,  2.5D Gorilla Glass front, metal sides and sleek chamfered edges make the phone feel like a £500 flagship.

The handset is equally impressive on the inside since Vodafone has loaded the Smart Platinum with all the technical features you’d expect of a premium handset.

You’ll find a circular fingerprint scanner on its rear, just below the camera lens, a dual microSD and a nano-SIM tray on its right. The scanner’s placement mirrors the arrangement seen on handsets such as the Huawei P9, which is no bad thing.

I’ve never been a fan of front-facing fingerprint scanners, such as those on the HTC 10 and Galaxy S7, since they require you to awkwardly adjust the way you naturally hold a phone to use them. 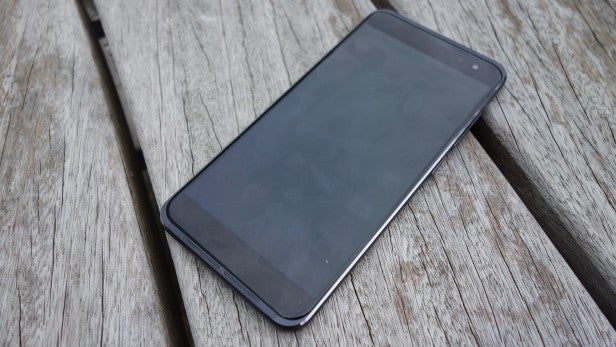 The scanner here isn’t the fastest I’ve tested, but it easily matches the speeds of its arch rival, the OnePlus 3. Also, I’m yet to suffer repeated false positives, or have it fail to recognise a registered digit. The microSD also makes it easy to add a further 256GB of storage to the phone’s built-in 32GB of space, which should be plenty for most people.

The glass rear is also a magnet for fingerprints and is easily scratched. The combined issues left me concerned that the Smart Platinum 7’s premium finish won’t last for long if you don’t handle it with care and regularly polish it.

I’m also disappointed by the inclusion of a micro-USB, rather than the newer USB Type-C. The older charging port makes the phone feel a little dated, but is understandable given how many devices still use the standard. 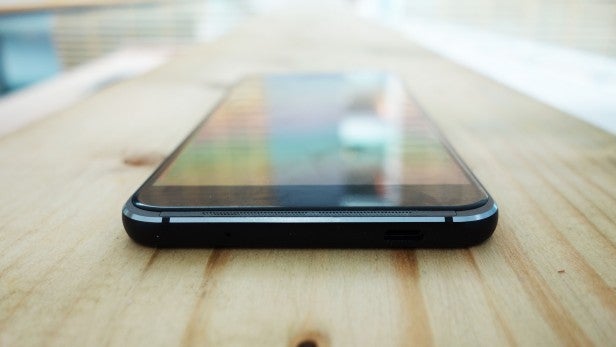 The Vodafone Smart Platinum 7’s 5.5-inch, QHD AMOLED screen is on paper one of its biggest selling points.

The QHD resolution easily blows away the OnePlus 3 – which has a 5.5-inch, FHD, Super AMOLED display – when it comes to sharpness. Icons and text are uniformly legible, even when viewing sites in their desktop mode, and you’ll struggle to notice individual pixels. The use of AMOLED tech ensures blacks are suitably inky, and the phone’s max brightness results in a screen that is readable in everything but direct, bright sunlight.

Minor quibbles are that colours are a little overcooked and whites aren’t totally clean. Reds, in particular, look oversaturated and colour distortion was evident when viewing the screen from an angle. Whites also push into the blue end of the colour spectrum when you view the screen at an angle.

However, considering the Vodafone Smart Platinum 7’s price, these are very minor issues and the colour calibration is nowhere near as poor as the OnePlus 3’s – which is one of the most overcooked displays I’ve seen in years.