With the proliferation of GPS receivers in mobile phones, it’s hardly surprising to see that the market for decent turn-by-turn software is steadily increasing. TomTom, Copilot and Route66 all offer navigation software for Windows Mobile and Symbian-based handsets now, and they’re all pretty good alternatives to dedicated devices too. Depending on how good your phone’s GPS receiver, screen and speaker are, a phone sat-nav will do the job without the hassle of having to carry around an extra device when you leave the car parked.


However, for that most ubiquitous of email devices, the Blackberry, the choice is surprisingly not as wide. Blackberry Maps and Google Maps can be installed on the devices, but neither boasts turn-by-turn driving instructions. Telmap Navigator, in fact, is the only proper navigation application I’ve tested that extends support to RIM’s handsets as well as the usual collection of Symbian and Windows Mobile-based devices, but in a previous incarnation it failed to convince. With the addition of new features and a few new extras, however, I thought it was time to take another look. 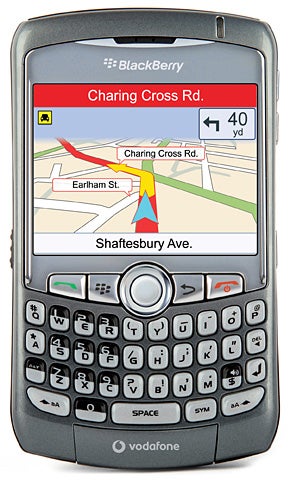 So what has changed? Well, big advances it seems have been kept to a minimum. The views have been added to, and where the previous version was restricted to an overhead 2D map view, you now get a more modern 3D outlook. It’s not just the perspective that has changed, however. In this version, Telmap has removed the cluttering status bars that previously surrounded the map view and the result is a much cleaner, easy to read screen; all you get on screen is current and next road info at the top and the bottom, a small icon in the top right indicating the type of turning that’s approaching, and the occasional status icon to indicate traffic incidents.


Also added is a turn view, which displays an icon of the next turning and nothing else – useful if you find yourself distracted by the moving map view. And the system boasts the same useful features as before: traffic information is included as standard, with information sent over your handset’s GPRS connection. This uses the same data as the TMC-over-FM arrangement you get with many high-end, dedicated sat-navs, but as it’s over GPRS you don’t have the same issues with reception, or an unsightly aerial to drape around the edges of your windscreen.


After a quick cross check with the BBC traffic website, it seemed to be reasonably accurate, though you need to bear in mind that there’s always a limit to how successful this sort of information can be. It can show major incidents and tailbacks, road closures and planned roadworks, but for general traffic congestion, of which there’s plenty of on the UK roads, it’s not particularly useful.

Telmap is also sticking with its unusual pricing structure. Instead of buying the software outright for, say, £100 or so as with CoPilot Live, you pay a subscription of £5 per month. The handset we were supplied with was from Vodafone, who supply the handset from free with the software preinstalled and 12-months sat-nav subscription built-in on tariffs of £34.03 and above. After the subscription runs out, the costs are the same as above – £5 per month or £50 per year – to renew.

It sounds odd to pay for sat-nav as a service rather than buying the software outright, but there are advantages to this approach: you never have to pay for map updates, for example – they’re always up to date – and, if you only need a sat-nav for the occasional long journey you can switch it on for just one month, then let the subscription lapse.


Of course that approach does have its downsides as well. The first is that speed cameras are a chargeable extra at a pricy £2.99 per month and, as with the previous version, Telmap is a download-based navigation service. When you ask it to calculate a route, it gets the Telmap server to carry out route calculation, rather than the device itself, and when that route is calculated it’s downloaded to the handset – a narrow corridor of mapping data that’s then stored locally. It’s none too sluggish either – a route from East London to John O’ Groats took under 30 seconds to complete and download to the phone.

It’s easy to use, with address entry made straightforward thanks to a single screen approach and the Blackberry’s hardware keyboard. As before, it has an excellent POI (points of interest) database, and navigational performance is acceptable too – during testing, route choices were generally sensible and without peculiarities – but the system is not without its foibles. Voice instructions are generally delivered in good time, for example, but they don’t repeat at the right times: it’s easy to hear an instruction the first time it’s delivered and then forget it, and you’re not reminded until you’re right on top of the next turning.


The map display in both 2D and 3D modes is impressively clear on such a small screen – in 3D mode you can see the road layout a fair way into the virtual distance – but the moving map doesn’t update very smoothly, and when you’re moving slowly, the position seems to lag quite a lot behind your real-world road position. Both of these factors add up to a sat-nav system that isn’t the best performer in tight city streets, though it’s worth noting that performance will vary depending on the handset.

The real trouble comes when you stray off route inadvertently and lose your mobile signal – a distinct possibility in the more ‘remote’ areas of the UK. In these circumstances your handset will simply not be able to direct you until you find yourself back in an area with data reception. I also found that, occasionally, due to the mapping ‘corridor’ approach, you don’t even need to stray that far from your route to venture into a mapping black hole. On one occasion it took nearly a minute to realise I was driving on a road parallel to the one I was supposed to be on – just a couple of hundred metres off-route – before it obliged and recalculated my route. 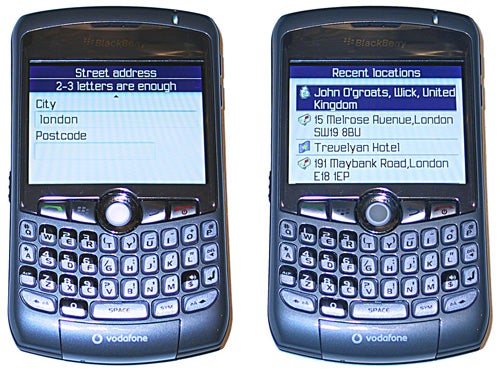 The system is pretty much useless abroad too, but this isn’t entirely Telmap’s fault. While Ofcom persists in fannying about, allowing the UK mobile networks to get away with murder, and international data roaming remains at rip-off prices, even the small chunks of data transferred in a Telmap session will start to cost you a fortune as soon as you cross the channel.


Everything else, it seems, is as before. And, unfortunately for Telmap that’s a bad thing, because other than for simple route-finding and driving instructions there’s not much to it. You cannot, for instance, plan multi-stop routes. Navigating to points on the map rather than by address is slow and unresponsive due to the fact that the map needs to reload every time you pan and zoom. Route optimisations are minimal – only drive and walk (no bicycle or lorry), shortest and fastest options are available, and you can’t force the system to route you around a blockage as you can with, for example, a TomTom or with CoPilot.


If you’re after a cheap and cheerful sat-nav system and you happen to own a Blackberry with GPS on-board, Telmap navigator will fit the bill nicely. It’s easy to use, it’ll get you where you want to go without fuss and its pricing structure keeps costs reasonably competitive.


For use abroad or frequent use in the UK, however, it’s clear that Telmap Navigator can’t compete with software that stores maps locally, or dedicated devices for performance. Its download approach precludes 100 per cent reliability, and the delivery of navigation instructions isn’t as polished as they are on the dedicated systems or the best phone sat-nav software.