It was almost two years ago that I reviewed the first 3G data card from Vodafone and it quite literally changed the way I worked. Being able to get online from almost any location really did make my life easier when I was out of the office. Since then I rarely go anywhere without a notebook and a 3G data card with me.


Back then Vodafone ruled the 3G data card market, by choosing to use hardware from Option, which quite simply wiped the floor with competing hardware at the time. But eventually the other network operators caught on and switched to Option hardware as well, meaning that Vodafone lost its initial edge. 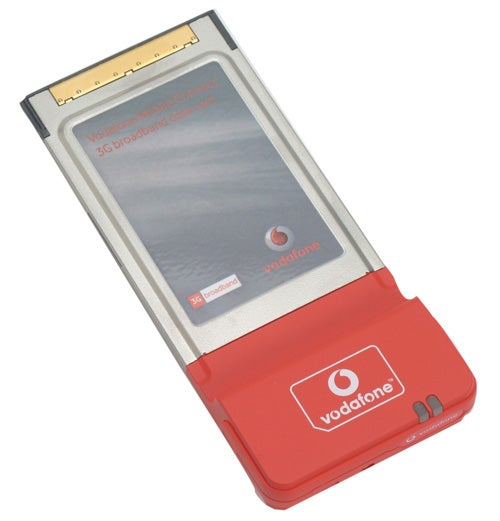 But things have moved on in the 3G data card arena, with the implementation of HSDPA. Vodafone was the first network operator to announce the launch of its HSDPA network back in June, but it wasn’t able to get review hardware to me until a few weeks later. In fact, by the time that I received this Vodafone Mobile Connect Card, I had already tested and reviewed T-Mobile’s HSDPA card.


It comes as no surprise to see that the Vodafone Mobile Connect card is pretty much identical to the T-Mobile Web ‘n’ Walk card. Both network operators have gone with the Option Globe Trotter hardware, which marries HSDPA connectivity with 802.11b/g Wi-Fi. Also just like the T-Mobile card, the Mobile Connect is good for a very healthy 1.8Mbit/sec download speeds. There are faster HSDPA standards on the horizon, with 3.6Mbit/sec due early next year and 7.2Mbit/sec following that, but for now, 1.8Mbit/sec is a significant jump from standard 3G at 384Kbit/sec. 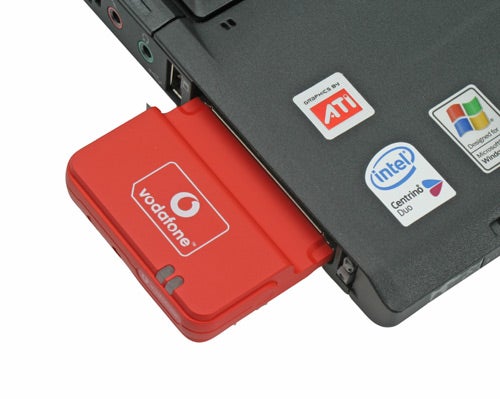 The Mobile Connect Dashboard has improved a great deal since I looked at the last card. Vodafone has shrunk down the icons and improved the look and feel of the software. The window that the Dashboard runs in is still larger than the T-Mobile application, even when viewed in “small mode”, but it’s not overly obtrusive on your desktop. You can setup the Dashboard software so that 3G is your preferred connection method, but it will use GPRS if there’s no 3G signal available. The Mobile Connect Dashboard also has separate connect buttons for 3G/GPRS and Wi-Fi, making it far easier to differentiate between the two connection options than it was with the T-Mobile Communications Center.

In fact the Mobile Connect Dashboard is very simple and intuitive to use, much like the original version that I looked at almost two years ago. There is a row of buttons at the top with helpful labels like email, SMS and Web. Clicking email or Web will open up your default mail client and browser, while SMS will allow you to send text messages to anyone directly from the card. You can set up a contacts list for the SMS utility so that it’s easy to text people quickly and easily. There’s also a usage button which will bring up a graphical representation of how much data you have consumed. You can set data limits and date ranges for the usage window, so it’s more of a reminder rather than a cap.

In use, the Mobile Connect card is superb, just like the Web ‘n’ Walk card was. It becomes almost addictive having this kind of download speed available to you wherever and whenever. The Vodafone coverage also appeared to be first rate – I used this card in a number of locations in London and outside the M25 area and never failed to get a strong 3G signal. Even in the TrustedReviews office, which has metal bars on all the windows (they don’t want us getting out), the Vodafone card managed to lock on to a strong 3G signal, enabling the full 1.8Mbit/sec download speed.


It’s understandable why HSDPA has been dubbed Mobile Broadband. The speeds at which you can download large files using a card like this are truly impressive – and not so long ago the Mobile Connect card would have been faster than the majority of home broadband services available. 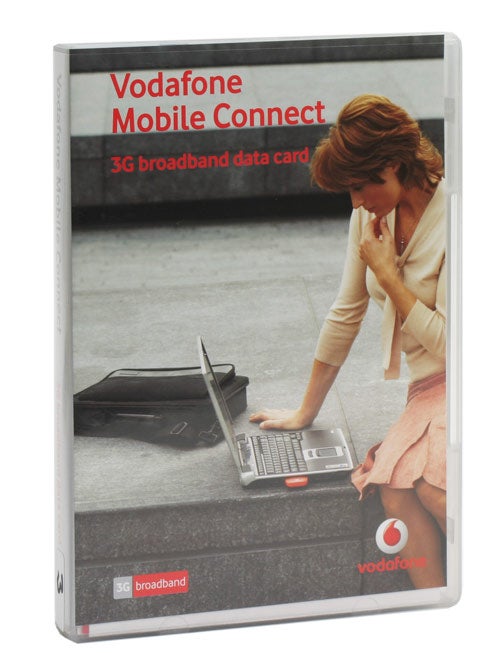 Vodafone has also made a point of putting no restrictions on the use of the Mobile Connect card, unlike T-Mobile. I was disappointed to find out that T-Mobile’s (undeniably generous) data tariff didn’t include the use of VoIP or instant messenger services. In fact the small print clearly stated that use of these services could result in the cancelling of your contract. Vodafone on the other hand has no issue with customers using IM or VoIP services, which is very admirable. But there is a very good reason for Vodafone’s somewhat magnanimous attitude – cost.

Whereas the T-Mobile Web ‘n’ Walk card is free on contract, and you get unlimited data for £20 per month, Vodafone is far more conservative with its pricing. The cheapest tariff available is £29.37 per month, which only gets you 250MB per month, plus you’ll have to pay £116.32 for the card in the first place. If you want unlimited data then you’re going to have to pay £57.57 for the card and then £52.87 per month – that’s a lot to pay for the privilege of using IM and VoIP services. 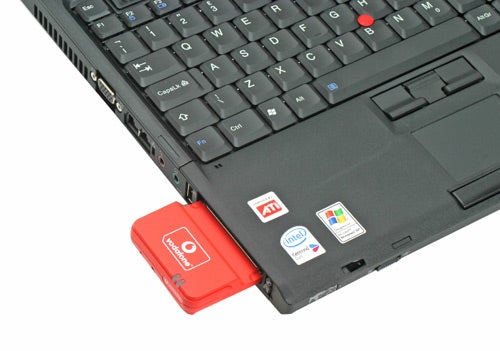 When push comes to shove, the new Vodafone Mobile Connect card performs brilliantly. You get lightning fast download speeds, excellent coverage and a rock solid connection. Add to this Wi-Fi functionality and the ability to fire off text messages from your notebook, and it’s clear that Vodafone has ticked all the right boxes. Unfortunately, you can’t ignore that T-Mobile is offering all of this too, but at a fraction of the price, which makes Vodafone’s proposition look far less attractive.


The Option Globe Trotter data card is a great bit of hardware, and Vodafone’s implementation is first rate. The Mobile Connect Dashboard software is also superb and is arguably better than T-Mobile’s Communication Center application. It’s also worth remembering that Vodafone has no issues with customers using VoIP or instant messenger services. But all of this can’t hide the fact that the Vodafone price plans are nowhere near as attractive as those offered by T-Mobile, and until this is addressed it will be hard to recommend the Mobile Connect card over the competition.