Vodafone’s recent own branded phones have been a bit of a mixed bag, but the 845 looks much more interesting mainly because it runs on Google’s Android operating system and appears to be a bit of a bargain as it can be picked up for free on a cheap £15 a month contract.


For a touchscreen smartphone, the 845 is actually quite small and compact. It’s about half an inch shorter than the iPhone and a smidgen narrower too. We had the black version of the phone in for review, but Vodafone also offers it in white if that’s more your bag. The front of the 845 looks quite attractive with nicely rounded corners and a sloping edge at the bottom of the screen. 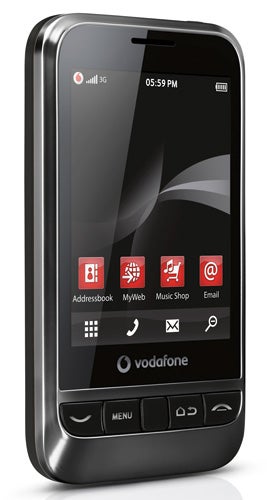 Beneath the screen is a neat row of four traditional clickable buttons – two call control keys, plus menu and back buttons. In the middle of these sits an optical track pad that you can use for moving through menus or scrolling through long lists. The track pad is responsive and also fairly accurate at tracking your finger movement. However, as the phone already has a touchscreen we found we didn’t actually use it that often, something that we’ve also found on other Android handsets with trackpads and trackballs. Nevertheless, the phone’s build quality is good and the case, although made entirely from plastic, feels quite solid and doesn’t creak or flex when you apply pressure to it. 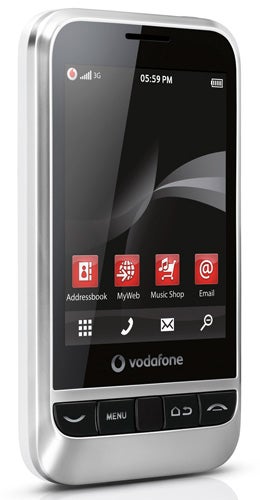 The smaller dimensions means there’s only room to fit a 2.8in screen and this ends up being one of the handset’s biggest failings. The screen looks and feels quite small to use and matters aren’t helped either by its low 320 x 240 resolution. As a result, text and graphics don’t look as smooth or crisp as they do on some other budget Android handsets like the Samsung Galaxy Portal or T-Mobile Pulse. It also means you have to do an awful lot of scrolling when you’re viewing web pages and makes the tiny letters on the onscreen keyboard quite tricky to hit, which seriously slows down your typing.


For touch input, the display uses resistive rather than capacitive technology, so it doesn’t support multi-touch in applications like the browser and Google Maps. However, for normal touch input like tapping on alert boxes or selecting menu items it actually does feel surprisingly responsive for a resistive screen. 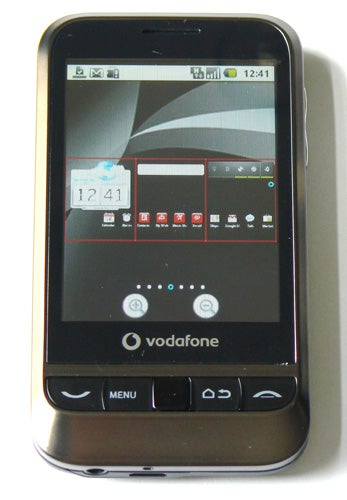 Unlike most other budget handsets, the 845 runs on the reasonably recent V2.1 version of Android, which was the newest one available until the launch of Froyo (2.2) in May this year. This means it has the improved web browser, support for Exchange email as well as the user interface updates that were introduced with Eclair. The 845 also meets the Open Handset Alliance’s minimum specification so unlike Acer’s E110 it does have the Android Market installed to let you download new apps.


Vodafone has also customised the interface slightly so there are seven homescreens and a range of widgets that you can drag and drop onto to these homescreens, including a calendar, notepad and a HTC-style weather clock. Furthermore, if you press the trackpad down it calls up a neat thumbnail view of all seven homescreens so you can quickly jump to a specific one.

As you would expect, the 845 has most of the connectivity bases covered with support for HSDPA, Wi-Fi and Bluetooth plus an integrated GPS receiver that worked a treat with both the Google Maps and Google Navigation applications that are pre-installed. Vodafone hasn’t said what processor the phone uses, but we’d guess it’s running at around the 500MHz mark. The processor is backed up by 128MB of RAM and 512MB of ROM, plus there’s a microSD card slot for adding extra storage space. While we wouldn’t exactly describe the phone as slow, it’s certainly not the fastest Android handset we’ve come across. For instance, there are noticeably long pauses as it loads applications and some slow down when you’ve got a few apps running in the background.


The 845’s 3-megapixel camera is certainly not the best we’ve come across either, but its performance is pretty much in line with what we’d expect from a budget smartphone. The bad news is that it doesn’t have a flash and so often struggles with indoor shots. However, on the positive side it does have auto-focus and it’s quick to capture snaps as there’s very little shutter lag. Naturally, the camera can also shoot video and you can choose between high and low quality modes. However, even on the high quality mode there’s a lot of tearing if you do a fast pan. 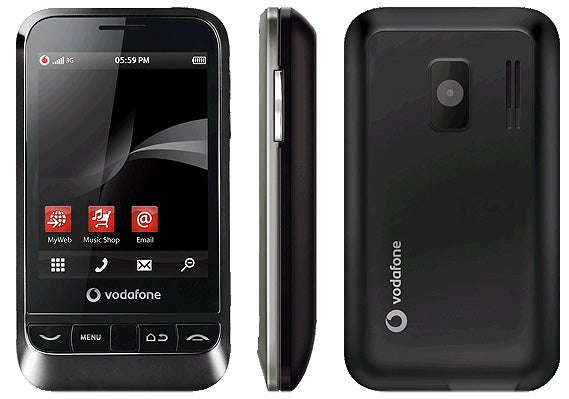 When it comes to music the 845 uses the standard Android music player, which is no bad thing as it provides a quick and easy way to browse your tunes. The phone also has a standard headphone jack, although it is rather annoyingly located on the bottom of the phone rather than the top where it would have been more convenient. And while the supplied headphones sound a bit on the tinny side, once you swap them for a decent set of cans you’ll find that the sound quality from the headphone jack is actually pretty beefy. There’s an FM tuner too, should you wish to catch up with Chris Moyles or check out Ian Camfield on XFM. Multimedia features are rounded out by the standard Android YouTube player as well as the Vodafone music store where you can buy and download music directly on the phone.


Sometimes budget handsets can be a bit hit and miss in the call quality department, but we have no such complaints with the 845. It performed flawlessly during our test period. The earpiece is easily loud enough to be heard in noisy bars and the mic delivers crisp, clear audio. The phone’s 1,200mAh battery was no slouch either, as we found we could get just over two days out of it for calls and a mixture of surfing over 3G and Wi-Fi.


The 845 is certainly not an unappealing handset. It’s priced very competitively, looks quite stylish for a budget smartphone and comes with a reasonably recent version of Android. However, the small, low resolution screen compromises its usability for browsing and at times it can feel a tad sluggish to use. As a result, we think the Samsung Galaxy Portal on 3 (with Android V2.1) or even the T-mobile Pulse, which both have better screens, may be a better bet for those after a budget Android phone. 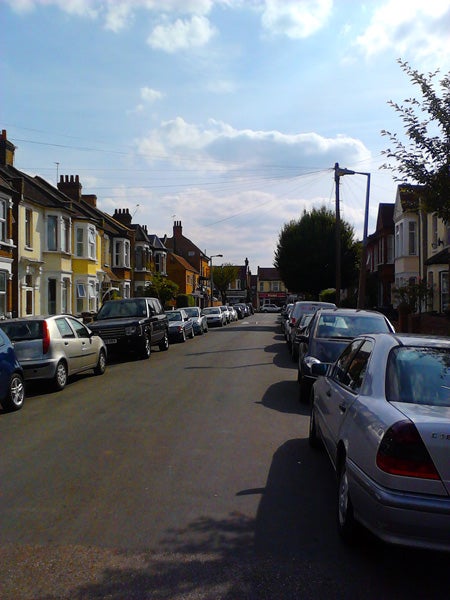 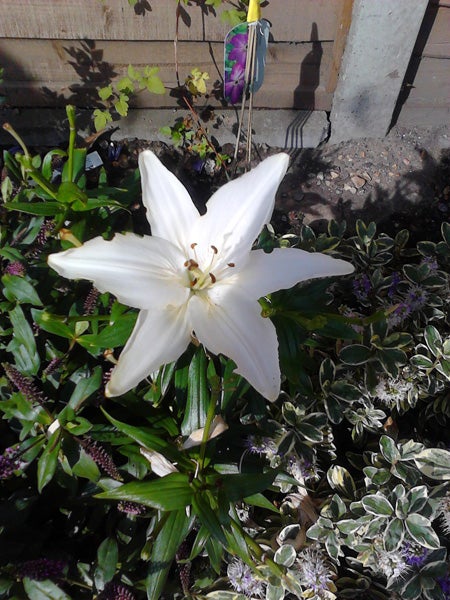 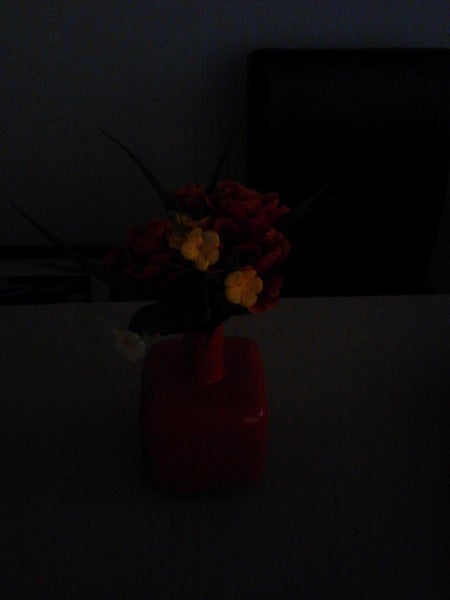