Cast your mind back to January 2007. That was when I reviewed the predecessor to Vodafone’s 810, the rather unsurprisingly named Vodafone 710. That was Vodafone’s first pop at an own-branded 3G handset and the 810 is an update.


The 710 was a clamshell, but the 810 takes a different tack and is a slider. It is rather nicely designed. When closed, you are holding a phone that measures 98mm tall, 48mm wide and 16.5mm thick. With the slide up it grows to 130mm tall. It weighs a comfortable 110g. It is fine for all but the tightest of pockets to accommodate and I had no problems at all toting it around.


The sliding process is a very important factor in phones that take this format. I have nothing bad to say about the spring-loaded mechanism which delivers a nice thunk on opening and closing. But as is often the case with sliders I am a bit miffed about the fact that I needed to thumb the screen to open and close the phone. The net result is a greasy screen and I just don’t like that. But Vodafone provides nothing beneath the screen on which to get purchase for sliding. 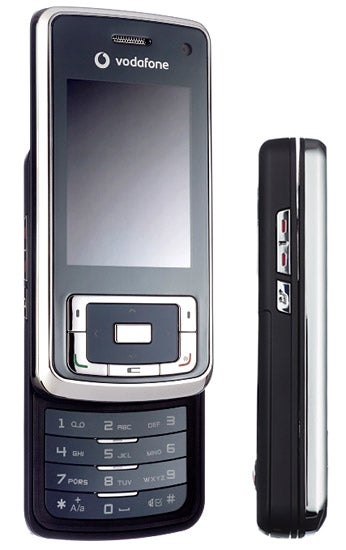 Oh, and there are buttons here, too, but they just aren’t designed to help with sliding and I often ended up pressing one accidentally when opening or closing the phone. There is little more irritating than pressing a button you don’t mean to on a mobile phone.


The button array beneath the screen forms a frame of silver around a black navigation pad with a silver select button in the centre. A further outer band of silver frames the whole front fascia and while the design is not exactly novel it is tidy enough.


The Call, End, Clear, and softmenu buttons are all large enough to hit accurately. The navigation pad is probably the most interesting part of this mobile’s design. At first glance you could easily be forgiven for thinking it’s one of those function specific touchpads that have cropped up recently in the funky LG KF600 and more staid Samsung Soul U900.

The 810’s display is reasonably large measuring 2.2 inches diagonally, and I have to say that I really don’t take to Vodafone’s standard theme. However, there is a black backgrounded offering on the handset you can switch to that looks a little nicer, and you can download more themes, of course.


I’ve mentioned that this is a 3G handset. It also functions on the 900, 1800 and 1900 GSM bands – i.e. it is tri-band GSM. It has a Web browser which works fast enough over 3G but is lacking in features. For instance, I’d have liked the options to zoom out in order to see more of a page at once, and to push the screen into wide format. 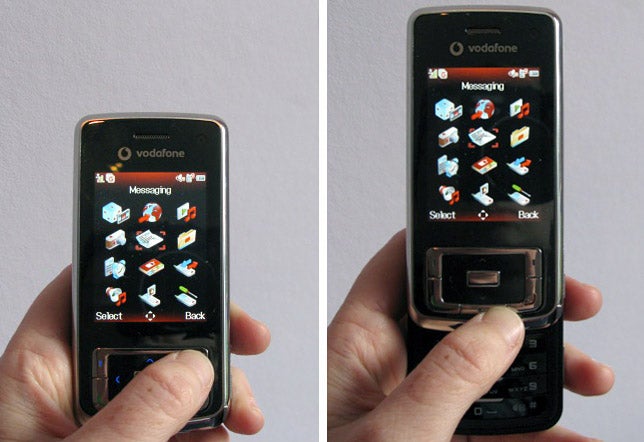 The long and the short of it is that Vodafone needs to work on its built in browser, or simply do a deal with Opera and pre-install Opera Mini if it really wants people to use the browser seriously. With the latter so widely regarded and popular this might be a good route for Vodafone to take.


There is a front-facing camera for video calling and a back-facing 2-megapixel camera for shooting your own stills and video. The lens is on the outside of the casing rather than being protected by the slide. The advantage is that thanks to the side mounted camera button you can shoot photos without opening the slide. But the disadvantage is that the lens is vulnerable to scratches. 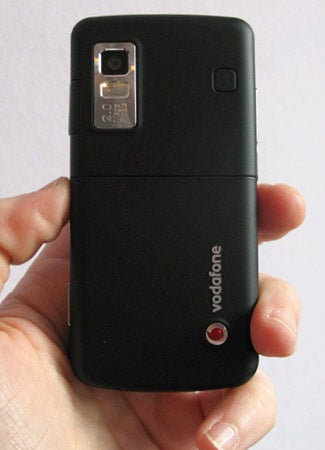 Now, 2-megapixels isn’t enough to set the world on fire, camera-wise, and with no flash your indoor options are rather limited. My sample indoor photo of the coloured dish taken under normal household lighting conditions is a little less vibrant than I’d like.


As for outdoors, many of my test shots were taken in bright sunny conditions with strong highlights that really stretched the camera. The chair, which has recently become a standard outdoor shot, is a little flat, whereas the portions not in the shade are completely blown out. The white flowers were photographed in a shadier spot, and although colour reproduction is reasonably accurate, the overall picture is very soft.

Of course, this handset plays music. With 30MB of memory on board you aren’t going to be able to store a lot without a microSD card – the slot is nicely accessible on the right side of the casing. And the battery life is quite good. From a full charge I got 10 hours 51 minutes of non-stop music.


But the proprietary headset connector is something of a let-down and you will also find this the case if you want to connect the phone to a PC as the USB cable is proprietary at the phone end too. Both connectors share the mains power cable slot which means this too has a proprietary connector to the phone and you need to carry the charger to feed the battery while out and about. 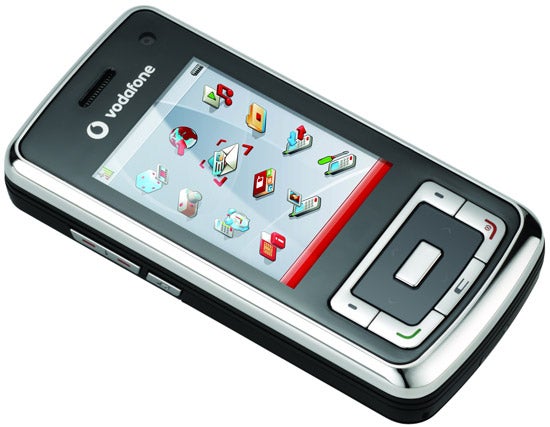 The Vodafone 810 offers Vodafone’s Mobile TV service. Yep, that’s TV on your mobile. Various packs are available, the cheapest being £3 a month. Between them they offer a range of channels; some streamed live, some made for mobile looped channels.


This is a fairly neat phone to carry and use, and battery life for music playback is good. The proprietary headset is a let down though, and the camera could have been better. 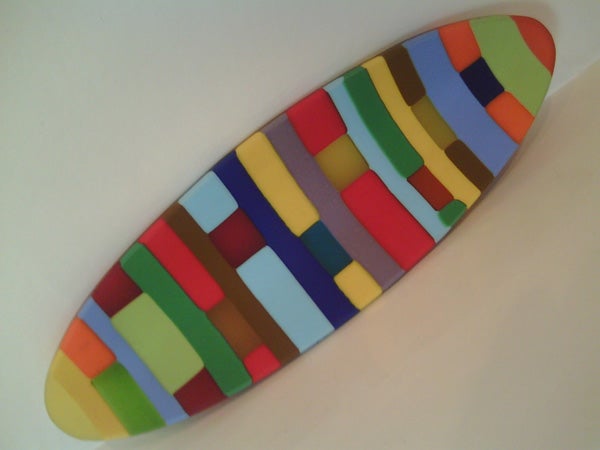 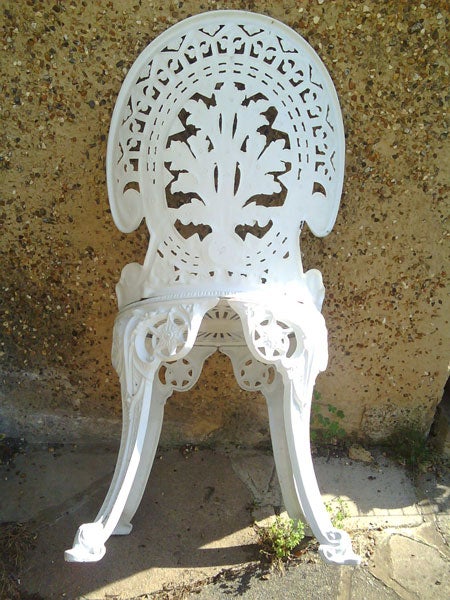 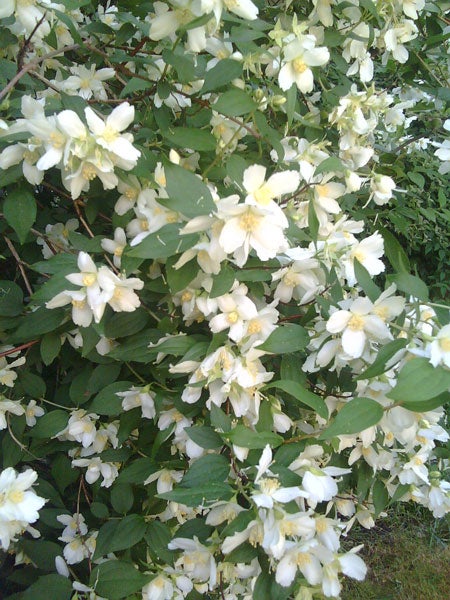