Vodafone has a small range of own branded handsets and some of them are on its Pay As You Talk tariff. Currently the most expensive PAYT handset is the Vodafone 725 which costs £50.


It is a nice enough looker with a design that belies that £50 price. The black shiny front fascia is mirrored on the backplate and while it will gather grease and grime from your fingers it won’t do so quite so voraciously as many handsets I’ve seen. Yes, you’ll find yourself cleaning it with your clothing, but no, that won’t need to be an obsessive activity.


This candybar mobile phone is quite small and neat at 108mm tall, 47.6mm wide and 14.5mm thick, and it weights an acceptable 110g. I like the general design and usability of the buttons. The number pad buttons are rounded so that each one is easily differentiated with a fingertip. The Call and End buttons are similarly shaped, and have silver upper and lower edges that mimic the D-Pad frame. The centre of the D-pad looks like a roller but in fact it is just a push-button. All these keys offer superb return and are very tactile. 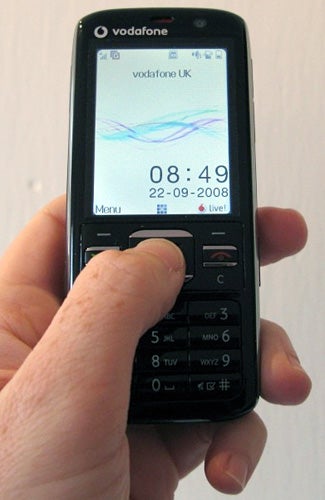 The softmenu keys, cancel key and a shortcut to the phone’s messaging software are less than great. They sit flush to the casing and are just that little bit more fiddly to use than the rest. It’s not a disaster, but compared to the high usability level of the other keys it is annoying. As for the rest of the design, that silver flashing continues as two strips on the outside of the long edges of the phone and appears again on the back as a flash of colour.


The screen measures 2.2 inches diagonally and it fared well indoors but became difficult to see outside in bright sunlight. This is a pity for a phone which handles so well.


There are some rather nice little plinks and plonks that sound as you press keys to move around this handset. They can be a bit embarrassing if you are in a public place, though. To turn them down or off requires recourse to the settings menu so it isn’t easy to switch in and out of noise-free operation.


The Vodafone 725 is a tri-band GSM handset with 3G and there is a front-facing camera for video-calling. I’m not sure that Pay As You Talk customers are really going to want to get into video calling, but if you can afford to the option is here.


The phone plays music and there is a 3.5mm headset jack on the bottom edge of the casing right next to the mini USB power and PC connecting jack. The provided headset is OK although not great sounding, but at least with that ubiquitous 3.5mm jack you can use a better set of headphones.

The phone has playlist management and Vodafone’s Radio DJ on board as well, of course, as access to Vodafone’s online music store. But that said, the music options aren’t really on a par with many handsets and if you are a big mobile music fan you might be better off looking elsewhere.


There’s just 20MB of memory free in the phone itself, which means you can’t store a whole heap of tunes – or other stuff – on it. A microSD card slot sits under the battery cover, though, so you can easily add more storage if you need to. I should also point out that you have to put music tracks in the right folder or the phone’s software won’t bother to find them. This is irritating but you’ll get used to it.


There is, of course, a back-mounted camera to supplement the one for video-calling. It is limited to shooting stills at resolutions up to 2-megapxiels, and it has no flash, no self-portrait mirror and no autofocus mode. So you’ll get the gist that it is pretty limited. When you want to take a photo, simply press the relevant button on the side and be sure to hold the camera steady to avoid getting blurred shots. There is some shutter lag, too, which makes photographing moving subjects a very hit and miss affair. 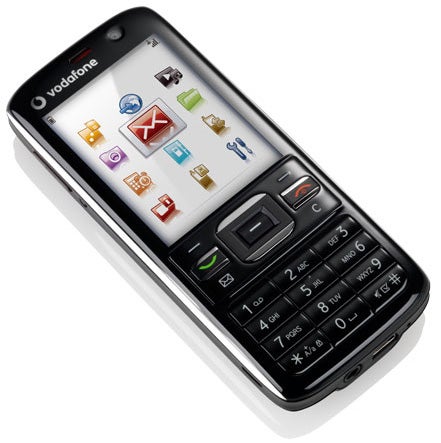 On test, the camera performed at its worst indoors. My standard shot of the coloured dish photographed under ordinary household lights is fuzzy and dark. The colours have reproduced reasonably well, but the general image quality is not high.


Outside I got much better results. The chair is not uniformly white with some pinky hues entering into things, but it is fairly sharp. The leaves, turning from green to deep red now that the weather is more autumnal are nicely differentiated, but the hanging fruit is way overexposed. It should be a nice shade of orange all over.


There is fair amount of additional software on board. The messaging software includes mobile email support but you’d have to be a bit desperate to use it on a Pay As You Talk tariff, I think. There are six alarms, a calendar, task manager, memo tool, calculator, unit converter, currency converter, voice recorder, stopwatch and timer. Google Maps and an eBay client are pre-installed. The only available games are demo versions, but you do get Vodafone’s Mobile TV on board, though on a Pay As You Talk tariff it’s probably to be avoided.


Battery life proved pretty good for a budget handset. Vodafone quotes a talk time of 3.5 hours on GSM and 2 hours of video-calling with 230 hours on standby. I had no trouble getting through a day of ordinary usage between charges and if you are low-usage customer suited to Pay As You Talk then you should be able to go for a few days between charges.


If usability alone were the criterion for evaluating a mobile the Vodafone 725 would score highly overall. The button design is mostly superb and the 3.5mm headset jack will be welcomed by many. This is a reasonably good £50 phone. But the camera does let things down a bit. 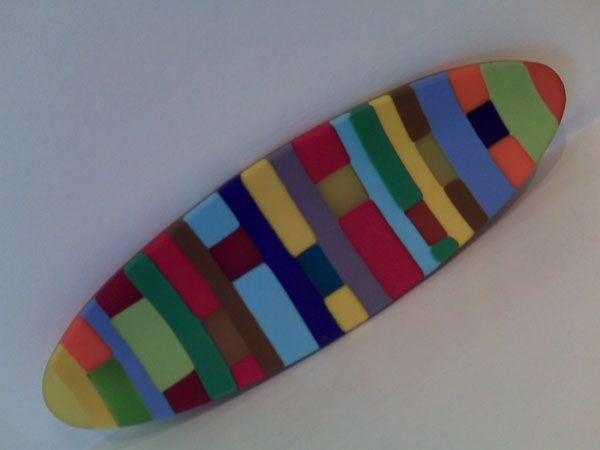 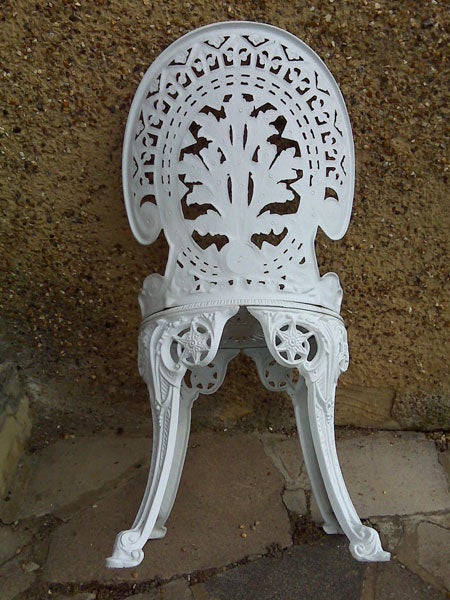 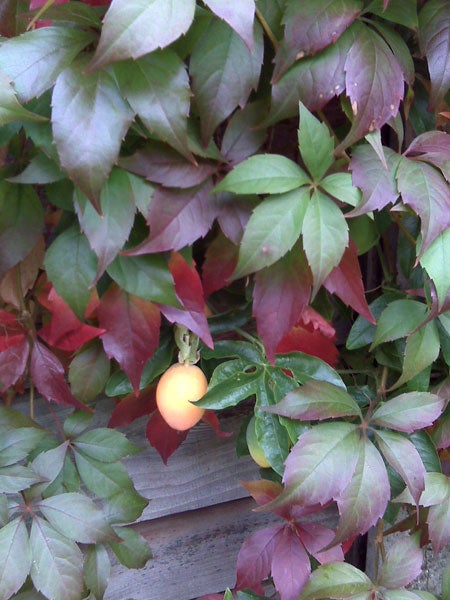