The Vodafone M1 is the second handset from the mobile operator that’s been specifically built to work with its Vodafone 360 service. Vodafone 360 aims to pull together phone calls, emails, text messages and social networking feeds from all your contacts and present them to you via a unified interface on your phone. 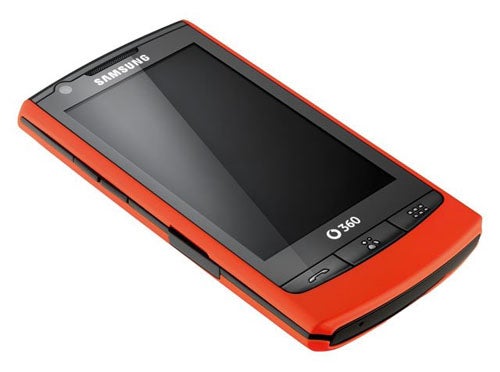 The M1 is essentially a cut down version of the pricier H1, Vodafone’s other 360 handset. Both phones look very similar, which is hardly surprising given the fact they’re both built by Samsung. They share the same button layout with the three shortcut keys at the bottom of the screen, dedicated search and camera buttons on the righthand side and a volume rocker switch on the left. There’s a standard headphone jack at the top too and on the left you’ll find the microUSB port that’s used for both charging and syncing the phone with a PC.


The most obvious differences between the two handsets are the camera and the screen. The camera on the M1 is a pretty basic 3.2-megapixel effort that lacks both flash and autofocus. As you would expect the pictures it takes are no great shakes because they’re so soft and bereft of detail. The lack of a flash means indoor shots also look very grainy and noisy. The M1’s screen is also a step down from that used on the H1. Rather than the OLED technology used on the H1, the M1 has a traditional TFT display making for worse viewing angles. It’s lower res too, as it stretches to a less impressive 240 × 400 pixels, something which is quite noticeable as it makes the smaller text used on icons look a tad smudged. Nevertheless, it is fairly bright and colours look vivid enough, plus it uses capacitive rather than resistive technology for sensing touch input, so it does feel quite responsive to use. 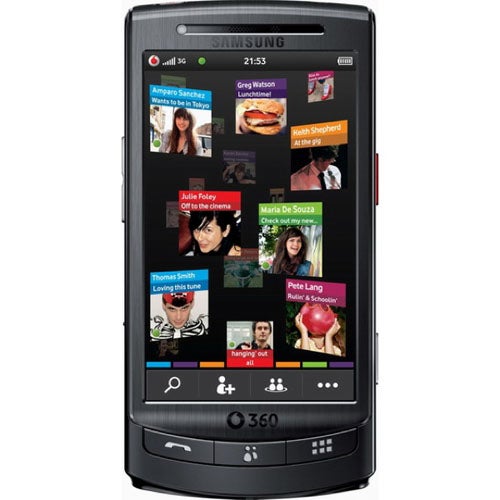 As with the H1, the M1 uses the LiMo (Linux Mobile) operating system. This operating system was fast becoming the ginger stepchild of the mobile phone OS world, but Vodafone and Samsung have given it a big vote of confidence by opting to use it on these two relatively high profile mobiles. The user interface has naturally been significantly re-jigged to accommodate the 360 service. As a result the M1 doesn’t have a traditional mobile phone home screen, but instead defaults to the 360 interface, which is essentially a 3D view of your contacts. Live Facebook status updates are shown next to each contact and when you tap on an individual icon it is zoomed to fill the central portion of the screen. From here you can use the soft buttons to place a call, send a text or email, or start an IM chat. If the contact is also a 360 user you can even send a ‘nudge’ to let them know your current location.


Unfortunately, we suffered many of the same problems with the M1 as we did with the H1. The phone was sometimes unresponsive, didn’t always sync properly with our email accounts and Facebook updates weren’t reliably shown in the 360 view. Also, as with the H1 the M1 is also lacking support for Twitter, which is annoying on a social networking focused handset. However, Vodafone does plan to add it to the 360 service later this year.

The M1’s approach to applications and settings is slightly different to most other phones. For starters, applications and settings are all displayed in a single horizontally scrolling grid of icons, but interestingly some applications have a special preview mode. The first time you tap on them they expand to four times normal size to show you a live preview of the app. You can then tap on it again to open it full size on the screen. The thinking behind this seems to be that for some apps you won’t always need to see the full interface to get the information you need. For example, from the preview of the Accuweather app you can see the temperature and weather conditions for today, plus the next three days via the preview view, so you only really need to fully open the app if you want to see the satellite view. This is a neat idea, but unfortunately the preview is quite slow to display, so by the time it appears you may as well have loaded the full app. 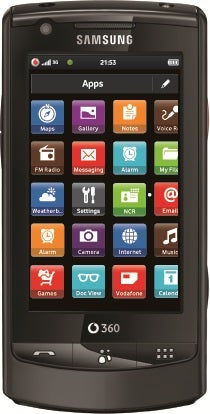 The phone is loaded with a decent range of applications including an impressive web browser that’s based on Opera and a media player that can handle Divx and Xvid files. The phone’s music player is also rather good and the M1 has a built in FM tuner with RDS so station names are automatically displayed on the screen. There’s also an on-phone app store, although the range of apps on offer is a tad anaemic at present and with the M1 and H1 being the only real LiMo phones available in the UK it’s difficult to see it filling out much in the near future. 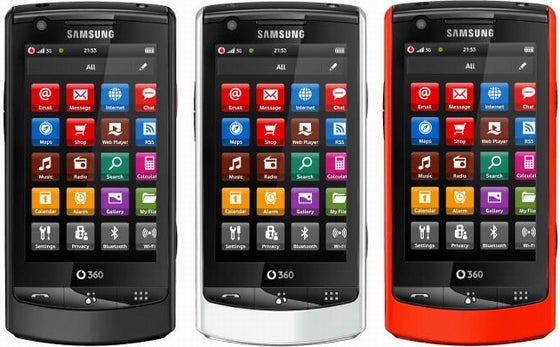 Another area where the handset falls down is connectivity. The M1 does support GPS, Bluetooth and HSDPA, but it lacks Wi-Fi. If you live in an area with a poor 3G signal this will be a real pain as you’re left totally reliant on the mobile network for data access. Nevertheless, we had no problems with call quality during our test period and battery life isn’t too bad either – we found it would run for around two days before needing a charge.


There’s plenty to like about the M1. It’s available for free on a very affordable £15 a month contract, it’s got a good range of media features and a decent line up of apps. However, the phone’s software is annoyingly buggy. Vodafone has big plans for its 360 service, but if it doesn’t want to strangle the 360 brand at birth then it needs to quickly get on top of the issues we’ve seen with both the H1 and the M1. There’s definitely potential here, but the software problems make this handset difficult to recommend at present.