The Vivo Nex S comes with a rear dual-camera setup, something we’ve seen on a number of phones in the past.

A pair of 12- and 5-megapixel cameras don’t sound like much, but the additional features look impressive on paper. There’s optical image stabilisation (OIS), large 1.4-micrometre pixels and a wide f1/8 aperture – all of which should make the most of low-light shots. There’s also a two-tone flash for when it’s very dark. The second 5-megapixel sensor on the Vivo Nex S’s camera is used mostly for understanding depth and adding shallow-depth-of-field, or bokeh, effects to shots, which lets your subject stay in sharp focus while the background softens. This is one of the reasons for the second sensor on the iPhone X, and is the reason I’ve chosen to compare the Vivo Nex S’s camera with that of Apple’s current flagship phone.

The Vivo Nex S’s camera is a mixed bag. The Nex S brings lots of light into shots, which means plenty of detail in darker conditions. Colours are often rich and punchy, and the camera app is quick to load and shoot. It tackles action shots well, too, with the sensors managing to capture a moment in time with aplomb. The Nex S does a great job with this moving shot. Background faces have been blurred intentionally.

However, the post-processing of images can be a little heavy-handed, leading to overly sharpened or smoothed subjects. In this shot, the Nex S tries too hard to make something of buildings and detail in the distance, leading to them looking a little like they’ve been drawn in. 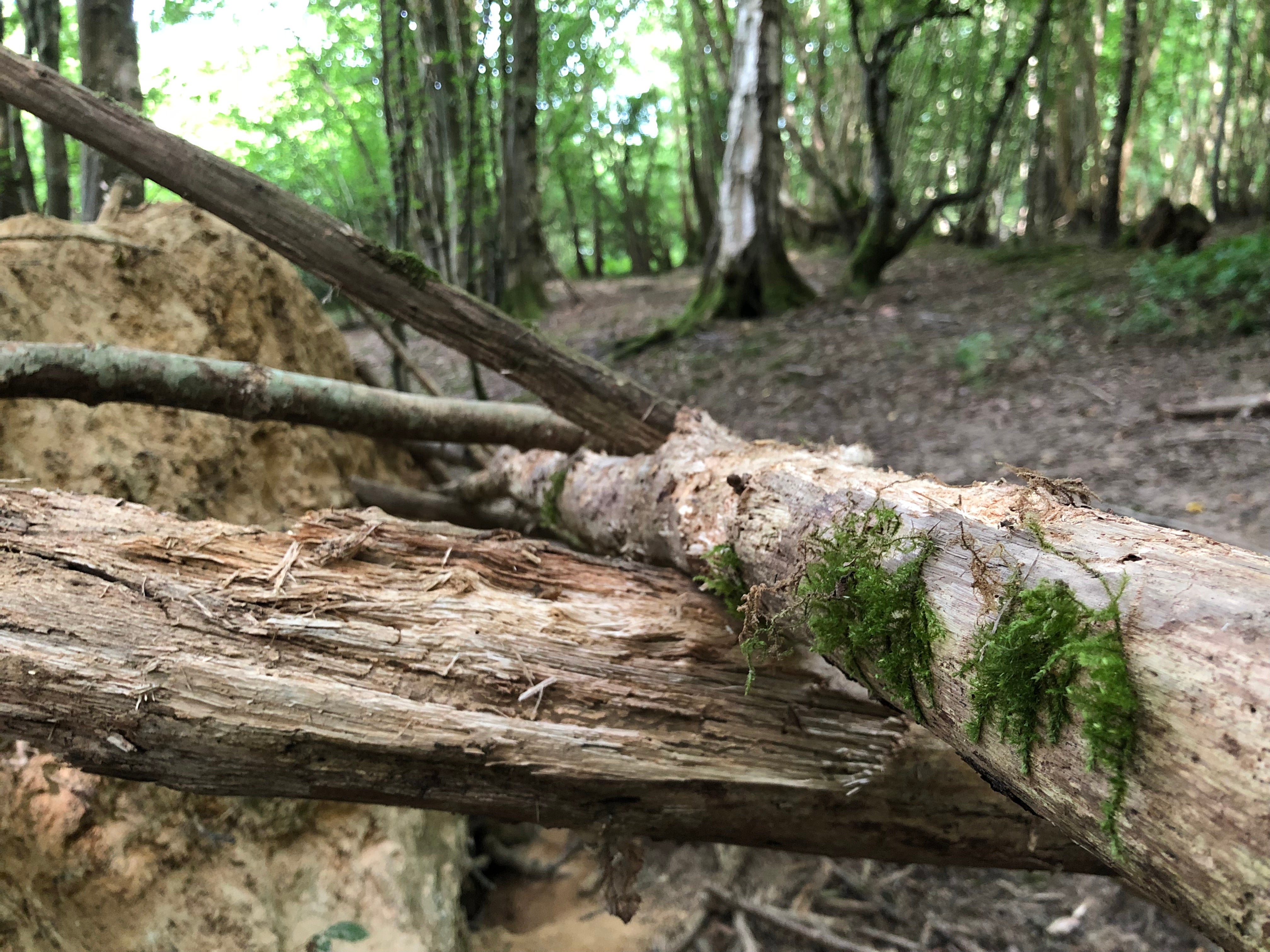 This shot is surprisingly flat considering the blurring of the background, which should add more depth. 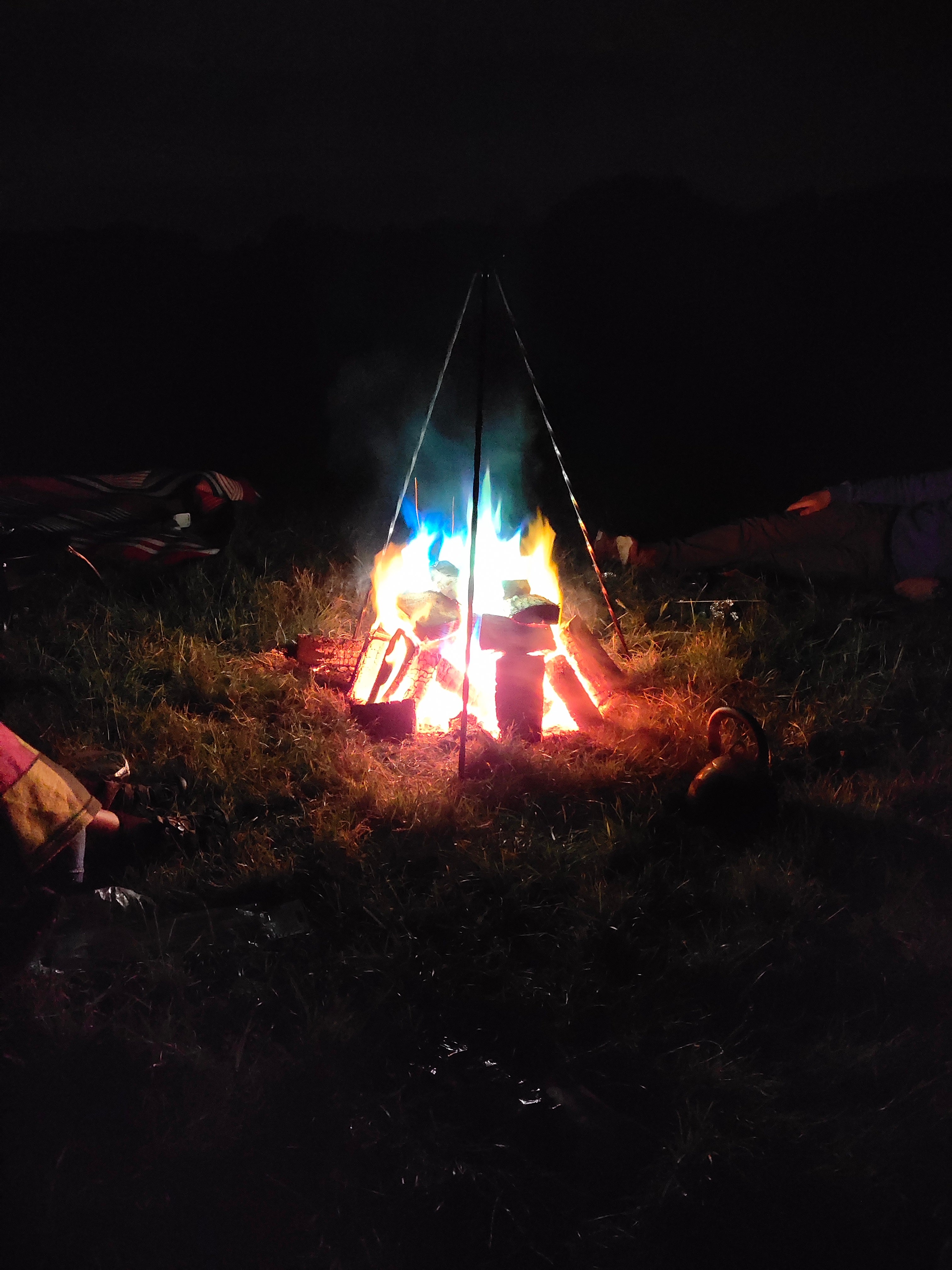 In this shot, the Nex S manages to provide plenty of background detail, but has struggled to control the brightness of the flames.

In all these images, the colour is a little too saturated. For example, greens are greener and browns are lighter than in reality. I prefer the more realistic look of the iPhone X, but others may well prefer the richer, almost Instagram filter-like quality of the Vivo Nex S’s camera.

The bokeh effect works, but isn’t perfect. There’s far less detail when we compare the two phones; the effect is more natural on the iPhone X.

The colours on the Nex S aren’t realistic, and the bokeh effect is too harsh.

You can also use the two sensors, and some software trickery, to double the pixel count of photos to 24 megapixels. This isn’t a standard shooting format, and with good reason. Instead of adding detail, the 24-megapixel mode seems to soften and over-process the image.

The 12-megapixel photo is much sharper, even though I’ve blown it up to match the higher resolution shot.

In all, the Nex S’s rear camera doesn’t produce photos that are as detailed as the Pixel 2 or Galaxy S9, and neither do they display the overall consistency of the iPhone X. However, the software seems to be constantly evolving, so there might be some improvements to come in this area.

The Nex S can shoot 4K video, but unlike most flagships, at 30 rather than 60fps. Even 1080 video is limited to 30fps. The OIS does a decent job of keeping the frame stable, but it does create some jittery effects if you’re walking and shooting. There’s also a slow-motion mode at 720p 240fps, which is pretty standard these days.

The front-facing camera always makes me smile as it pops out with a Transformers-like sound effect. You can change the noise, or silence it completely if you wish, as it wears thin after a while.

With regards to that front-facing camera, it’s a shame that Vivo had the opportunity to add a better-than-average sensor but chose to go with the this one. It struggles to expose correctly and really isn’t very good in low light. There’s an in-vogue beauty mode called Face Beauty, but this just makes your look like late-era Liberace. Manual focus on the left; autofocus on the right. Neither is balanced very well, but in general, selfies end up overexposed.

The other downside with the front-facing camera is that it’s slower than most. It doesn’t take long to pop up and be ready, but it takes longer than other flagships to just open the app and focus.

Aside from being wonderfully innovative, another feather in the Vivo Nex S’s cap is its solid staying power.

I’d consider myself a heavy phone user, and love a device that can handle a full day of punishment with juice to spare. The Vivo Nex S can do just that – and some. 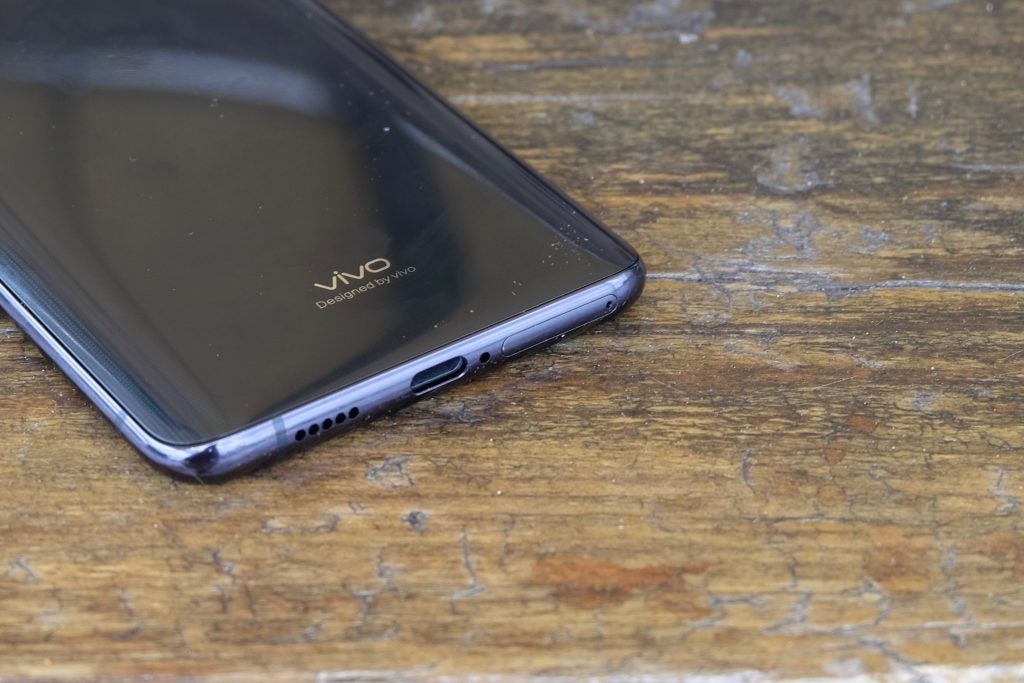 The Nex S comes packing a large 4000mAh battery and fast-charging. There’s a bundled fast charger, but, as mentioned, our handset came with a US plug so we weren’t able to test it in the UK.

Using a standard 2.4A charger from Anker and the bundled USB-C cable, we achieved a 32% top-up in half an hour, 65% in an hour, and a full charge in 1hr 45mins. That’s pretty average. Reports claim that with the fast charger, the Nex S can be topped up to 50% in just half an hour. That should be enough to get through a full day, if you’re not a heavy phone user.

In day to day use I found the Vivo Nex S’s battery life to be more than adequate. I regularly came home from a long day in the office with 60-70% of the battery remaining, even though I’d used the phone for several calls, some light gaming and quite a few hours of listening to podcasts.

In our standard battery life test, where we spend half an hour playing an intense 3D game, half an hour playing a low-intensity game, one hour of Netflix HD streaming and one hour of Spotify streaming with headphones, the Vivo Nex S went from 100% to 78% battery. That’s better than the Samsung Galaxy S9, which dropped 15% just from the Netflix, and also better than than the Samsung Galaxy Note 8 which ended up on 69% after the same tests. 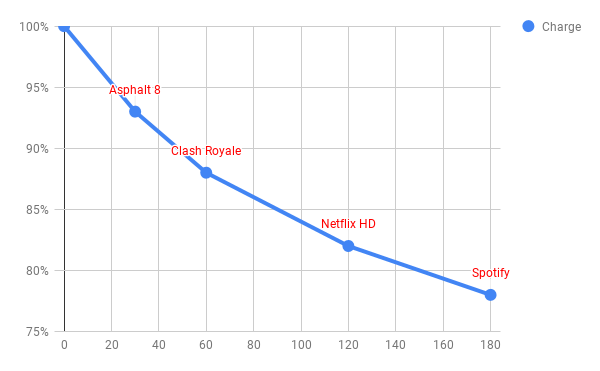 The test was conducted with the screen at a comfortable half brightness, which was easy enough to view in well-lit environments. If you max the brightness on that enormous 6.6-inch screen then expect the battery life to decrease significantly.

Why buy the Vivo Nex S?

If you like sizeable phones with generously sized screens then the Vivo Nex S is a fun and exciting device – but it isn’t ready for the UK and US quite yet. The operating system isn’t localised enough to allow smooth operation in these regions, so unless you’re the definition of an early adopter, you should look elsewhere.

If you’re reading this from a region that the Nex S fully supports then I would tentatively recommend this phone. It’s slick and packed with new technologies that, on the whole, work. Sure, the cameras could be better and the in-screen fingerprint scanner more reliable, but neither are deal-breakers.

However, I expect the many of these kinks will be ironed out in Vivo’s next flagship and, if they are, it will take some beating from the more established smartphone giants.

The Vivo Nex S isn’t yet ready for the West. We’re certainly ready for its clever innovations, if only they were a tad slicker.