If you’re sick of Blu-ray discs, DVDs and CDs taking up every last inch of space in your house then you’ll no doubt have been tempted by the idea of a media server. They allow you to rip all of your movies and albums onto a single unit where they can be accessed quickly and easily, allowing you to take that unwieldy disc collection to the charity shop. What’s more, with client units installed around the house you can access the same content in any room you like.


Trouble is, multi-room systems from big-guns like Imerge and Kaleidescape are notoriously expensive, but UK manufacturer Vivadi has come up with a range of multi-room products that’ll cost you a fraction of the price. We’re not talking peanuts here, but if you’ve got the cash to splash on a multi-room system and were expecting to fork out a five-figure sum, Vivadi’s offering could end up saving you a packet. 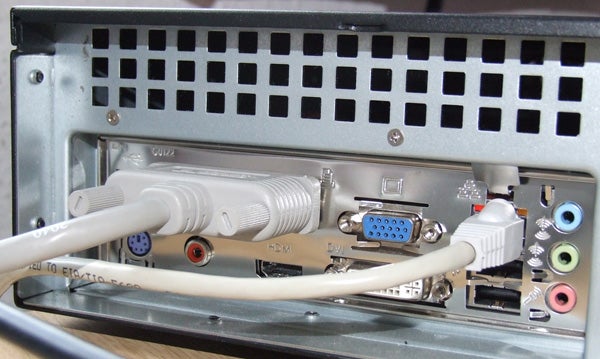 
Each server comes equipped with a decent-looking spec, including a dual-core, 64-bit 2 x 2.5GHz processor, 2GB of memory and a Liteon Blu-ray/DVD/CD drive. On the outside, the server’s 2U rackmount chassis is about the same size as an average Blu-ray player but looks somewhat industrial – the gunmetal grey finish, large fan grilles and clunky handles make it more functional than fashionable. But while it lacks the luxury of an Imerge, for example, it doesn’t really matter what it looks like if you’re tucking it away in a cupboard.


Rear panel connections include HDMI, DVI and HD15 VGA outputs, plus a coaxial digital audio output and three stereo minijack outputs. Of course you also get an Ethernet port, four USB ports and a keyboard socket. 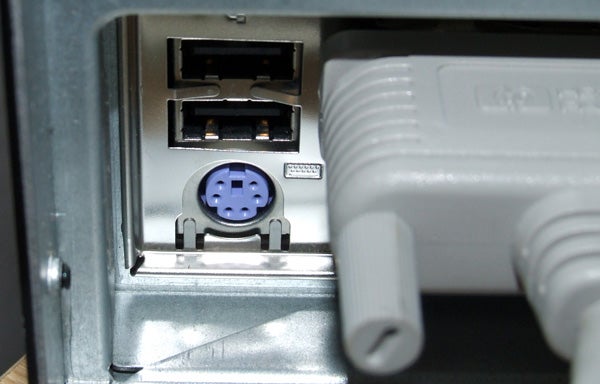 
As for the MediaMaster clients, we’ve already reviewed a couple of Vivadi’s previous models, the discontinued 1TB MM200 and the cheaper 500GB MM110 (which is still part of the range). Joining the MM110 are four other MediaMaster units, all of which offer a hard-disk capacity of 1TB. 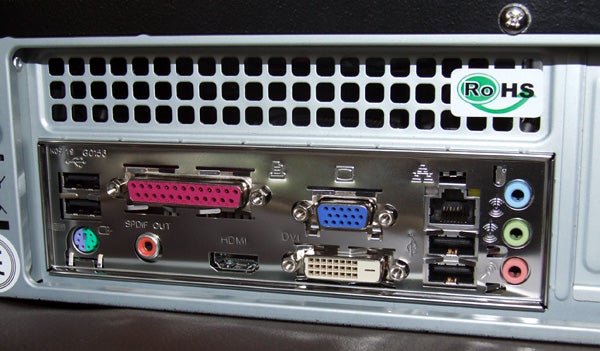 
All of the MediaMaster units sport HDMI, DVI, HD15 (VGA), coaxial digital audio and three stereo minijack outputs, as well as line and mic minijack inputs. Elsewhere you get six USB ports for peripherals and an Ethernet port, while the TV tuner card inside the MM220 and MM320 gets you S-video and composite video inputs. The MM210 and MM220 support 5.1-channel Dolby Digital output via HDMI, while the MM3210 and MM320 support 7.1-channel PCM.


Vivadi has given the design of the newer MediaMasters a revamp, but as a result they’re not as classy-looking or well-built. The slimline MM110 looks and feels like a high-end DVD player, but this new casing is fatter, narrower and more plasticky, making it more PC than AV – not great if you’re sticking it under the TV in the living room. The front panel sports two of the USB ports and a couple minijack inputs.

If none of these models quite satisfy your needs, then Vivadi also offers the MediaMaster Pro, a high-end model with a choice of hard-disk capacities from 1 to 6TB and a Blu-ray drive with full support for HD audio formats. Naturally it also boasts far superior build quality to the cheaper models, and is dressed in a gorgeous brushed aluminium black or silver enclosure, although at 170mm tall you’ll have to clear some space in your AV rack. If you’re putting together a multi-room system, this unit might be overkill given its whopping price tag (between £2k and £4k, depending on HDD size) and the huge capacity inside the MediaServer, but as a standalone unit it’s a pretty formidable proposition.


TrustedReviews was invited to Vivadi Swindon HQ to check out a multi-room demo system it had rigged up. The system comprised one MS104 server and MediaMaster clients in two different rooms, all connected using standard CAT5 cables (you can connect up to 20 MediaMasters). 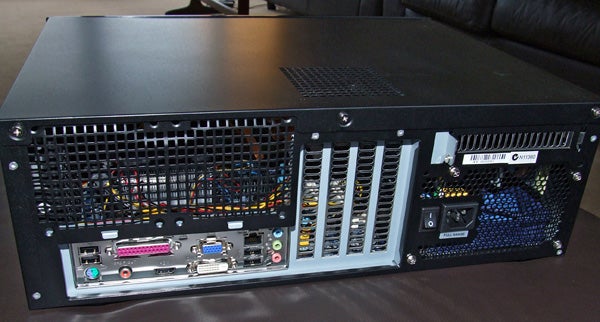 
We’re pleased to report that it’s a speedy system that works without any glitches, as far as we could tell. All of your content is accessed through the well-known Windows Media Center software, which not only looks good but also makes everything easy to find. If you’re not already familiar with this software, it allows you to access all of your content (live and recorded TV, ripped music and movies, photos) from its commendable menu system that uses bright, easy to follow graphics and smooth animations.


When watching TV, the 14-day EPG is superbly laid out into a grid format and shows seven channels at a time. The Recorded TV menu is also simple to follow and displays your programmes in a clever horizontal bar that shows a still thumbnail for each recording, plus a short synopsis below each one. 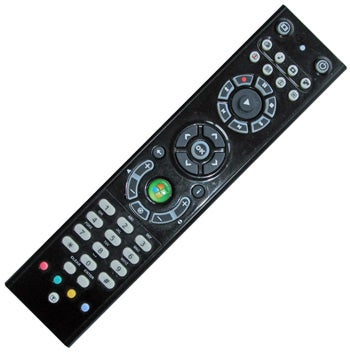 The rest of the onscreen layout is generally intuitive, apart from one or two brief moments of confusion where we couldn’t work out how to get back to the previous menu. But in operational terms, the remote poses the biggest problem – it sports three different circles of controls, which makes it very easy to press the wrong button. On several occasions we hit the key that takes you back to the main Media Center menu instead of ‘OK’, which became highly frustrating.

However, the Vivadi’s picture quality is superb. We watched ”Lost In Translation” – ripped onto the MS104’s hard-disk from DVD and stored in the My Movies library – on a Pioneer KURO plasma. The image was upscaled to 1080p by SimHD, which is part of ArcSoft Total MediaTheatre 3, the software used to play movies.


Blu-ray discs ripped to the hard-disk look equally impressive. ”Hitch” is displayed with smooth natural colours and excellent detail insight. We also loaded up the Blu-ray version of ”The Dark Knight” on the local MediaMaster client and it looked fantastic, eking out every last scrap of detail and giving the large scale IMAX scenes the sort of depth and three-dimensionality that you’d expect from a good-quality standalone player.


The only bum note was with our Silicon Optix HQV DVD, which we ripped to the hard-disk and played back at 1080p. The results weren’t particularly impressive – the jaggies test exhibits significant juddering and stepping on the rotating bar and flag tests. It had similar problems with the diagonal filtering test on the Blu-ray HQV disc, displaying prominent stepping on the rotating edges.


These shortcomings certainly aren’t a deal-breaker, given that it doesn’t appear to have much of an impact on real-world movie viewing, but it doesn’t instil complete confidence in the quality of the onboard video processing.


On the plus side, the Vivadi coped admirably with the Film Resolution Loss test, smoothly reproducing the pan across Raymond James stadium and keeping the upper tier of seats looking sharp and steady. 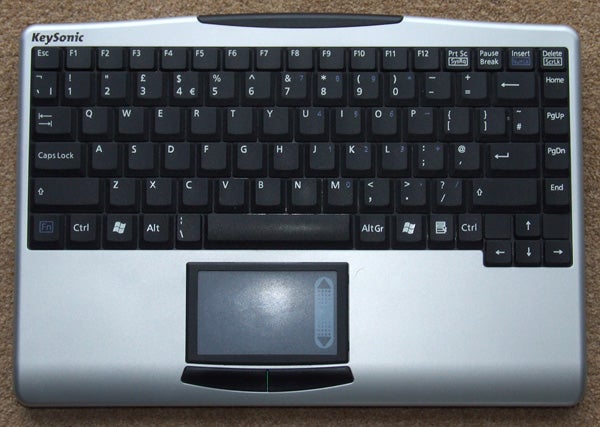 
It’s also worth noting that the MediaMasters can be used as regular PCs, a role they carry out brilliantly – for that purpose you get an easy-to-use wireless keyboard.


Other nifty features include the ability to access the unit from anywhere in the world over a standard broadband connection, plus the MediaServer will automatically backup your content on a daily basis – including content stored on all connected MediaMasters and even laptops or desktop PCs if required – which will allow full recovery in the event of a hard drive failure.


Vivadi’s components lack the panache and sophistication of pricier products from the multi-room big boys, and there are one or two operational and picture hiccups, but Vivadi’s system gets it right where it matters, providing a slick, quick and reliable way of sharing content around the house for a relatively reasonable price.