Last month John cast a critical eye over the Vivadi MM200, a terrific multimedia server with a built-in 1TB hard disk that allows you to rip DVDs and do away with all those space-consuming plastic cases, as well as carrying out a wide range of other PC and AV-related functions.


But if the £780 price tag of the MM200 was slightly out of your reach, then you might want to check out this cheaper 500GB version, which is still big enough to house a substantial amount of content. It replaces the MM100, Vivadi’s previous 500GB server, and offers a series of improvements over its predecessor – most significantly of which is the lower price.

In terms of looks, the two units are identical. Because it’s designed to sit under the TV with your other home cinema gear, Vivadi has sensibly styled it to look like a DVD player – and a blooming gorgeous one at that. The gloss black finish oozes sophistication, the slimline dimensions make it easy to slip into your AV cabinet and when you pick it up the solid build quality is immediately apparent.


A single row of buttons adorn the front below the easy-to-read display panel, and behind the drop-down flap on the right you’ll find a selection of inputs, including Compact Flash/Micro Drive, Smart Media, Memory Stick and SD/MMC card slots, S-video input, two USB ports, an IEEE 1394 Firewire port, a stereo minijack output plus line and mic inputs.


Around the back the MM110 offers a feast of other connections, including an HDMI, S-video and VGA outputs, four more USB ports, another IEEE 1394 port, coaxial digital audio output (for piping Dolby Digital and DTS to your AV receiver) and PC-style 7.1-channel surround sound outputs, for which you’ll need the supplied minijack to phono cable.

There’s also an Ethernet LAN port for hooking up to a home network of the Internet, but the built-in Wi-Fi functionality means you don’t necessarily need it if you’ve got a wireless router.


But taking a look at the connections panel, we have to echo John’s comment that HDMI inputs would have been a useful addition as the unit could have been used as a switcher for multiple HDMI-equipped sources – perhaps even using the Vivadi’s upscaling capabilities in the process.


John also criticised the MM200 for not including a Blu-ray drive, and although we have to level the same criticism at the MM110 for only featuring a DVD/CD drive, its lower price tag makes the omission easier to bear. If a Blu-ray drive is important to you, then hold out for the MM300 which is being launched in two or three weeks’ time with a £1,000 price tag. The spec is still being finalised but one thing we know is that it will come in a different case, as a Blu-ray drive won’t fit into the MM110’s slim frame and Blu-ray slot loaders aren’t currently cost-effective.

At the heart of the MM110 is an AMD Dual Core 5050e 2.6GHz processor, which is the same as you’ll find inside the MM200 but more powerful than the processor used in the MM100. The other upgrade from the MM100 is that the wired keyboard has been replaced by a wireless version, and a number of software changes have been made.


Like the MM200, the M110’s list of capabilities is astounding, but inevitably sacrifices had to be made at this lower price point, which explains why you don’t get the twin Freeview tuners and PVR functionality found on the MM200.


Because the unit is based around the Windows Vista operating system, it’s incredibly slick and easy to use. When you boot it up, you’re plunged straight into the Windows Media Center front end, which allows you to access films, music and photos easily thanks to its elegant and intuitive onscreen graphics. 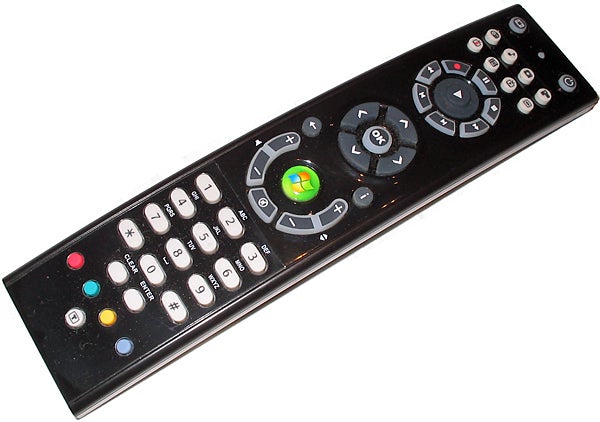 Loading up media files onto the hard disk is a trouble-free process – from any of the USB ports or card slots, the Vivadi plays back its supported files with no glitches and copies them in an instant. Thanks to the Wi-Fi connection, we were able to upload tracks over a network and play them back on the Vivadi with no hassle whatsoever.


When you load a DVD, it asks you straight away if you want to copy it to the hard disk. A step-by-step wizard guides you through the process and it rips the entire DVD in a fairly quick time – ”Star Wars Episode III” took around 50 minutes. You can copy it in the background while you perform other tasks and once it’s been copied, they’re listed in the Movie Collection menu with the sleeve, a synopsis and all the key details.


When using Media Center, Vivadi supplies a remote that makes the unit feel more like an AV product than a PC (but you can use the wireless keyboard instead). The remote looks quite stylish in a quirky kind of way, with an arched shape and gloss-black finish, but the button layout leaves a lot to be desired. As John found in the MM200 review, the use of three circles of buttons – one for playback control, one for menu navigation, the other for volume/programme – is cumbersome and makes it easy to accidentally press the wrong key. That said, the rows of buttons along the top offering direct access to music, photo and movie libraries are a convenient touch, and the unit responds quickly to its infrared commands.

Should you wish to use the M110 as a regular PC, you can close down Media Center and enter the Vista operating system, and this presents all the usual stuff you’d find on a PC such as Internet/e-mail access and word processing. It’s fairly fast at carrying out these tasks, and when using these features you need to use the supplied Keysonic wireless keyboard, which feels a little flimsy but works well.

As for performance, the MM110 does a decent enough job at displaying DVDs from disc, reproducing the bold colours of ”Star Wars Episode III” with eye-popping vibrancy and handling the elaborate CG detail with reasonable sharpness on our Toshiba test TV. But the picture is far from perfect – edges show unmistakeable signs of jaggies, and the overall image has a slight gauziness that compromises the clarity of the picture, which is hard to fathom given John’s overwhelmingly positive impressions of the MM200’s picture. It’s by no means unwatchable, but doesn’t measure up to the quality of the best DVD upscalers. Ripped DVDs look identical to disc playback, which is testament to some excellent video encoding but they exhibit the same picture artefacts.


Sound quality gets a much cleaner bill of health. CDs and MP3/WMA files sound crisp and dynamic, with no distortion or harshness at the top end, while decoded analogue Dolby Digital signals sound fantastic when channelled through our Pioneer test receiver.


The lack of PVR recording functionality and smaller hard-disk make the MM110 a slightly less appealing proposition than the MM200, and the absence of Blu-ray support is still a shame, but despite that the MM110 is still an impressive product that offers decent value for money. It’s a slick, easy-to-use and flexible hub for your media content, all packaged up in a beautiful living room-friendly box.