What is the Vitamix S30?

Loved by professional chefs and keen
cooks alike, Vitamix machines have long been regarded as the ultimate in
blenders. Up until now, the models have been tall, bulky affairs,
dominating space in the kitchen and with a price tag to match their
size. However, the S30 is different in many ways.

Styled as a
personal blender, it’s pleasingly compact, from its slim, sleek base to
the three containers that can all be used in conjunction with a
detachable blade unit. All the features that have made the brand so
renowned are still present, such as a variable speed control and a
powerful motor to ensure silky smooth results every time.

Specialising
in smoothies, and with an exhaustive recipe book included to prove it,
it can tackle most things that its bigger brothers can, from nut
butters, sauces and dips to almond and rice milk, batters, grinding
flours, wet vegetable blitzing, cocktails, soups and frozen desserts,
although some of these need to be made in batches. 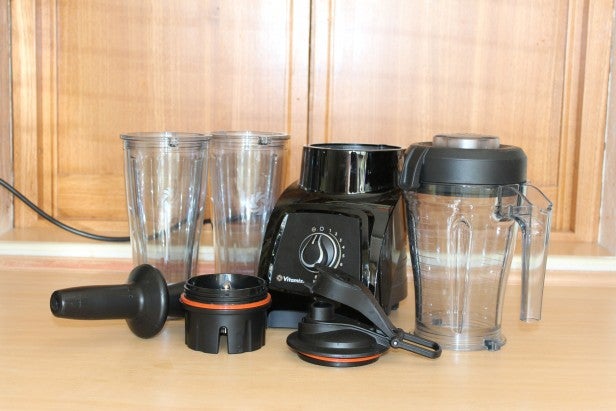 The
S30 might be small in stature but its build quality will leave you in
no doubt of its professional credentials. Its base is solid and
deceptively weighty, as is its detachable blade unit which features a
metal drive system for a longer lifespan and laser-cut, hardened
stainless-steel blades. The whole machine weighs 5.6kg. Taking up
minimal space on the worktop, the S30 is also elegantly shaped with
curves framing the base unit, available in Black, White, Brushed
Stainless, Red, Cream, Daybreak Blue, Cranberry and Sour Apple Green,
and a generous 1.22m power cable. 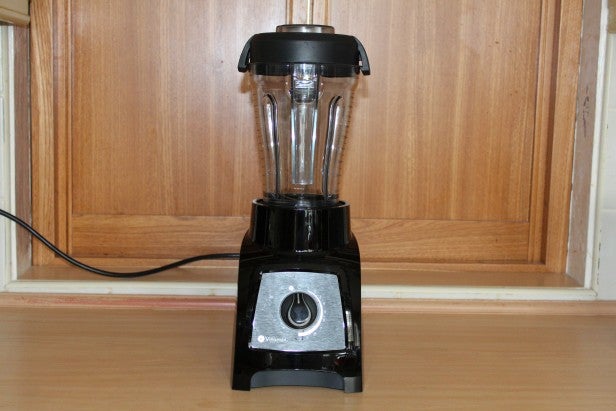 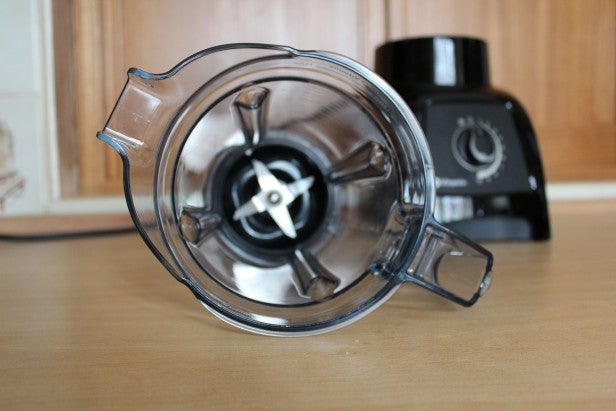 The
controls have also been trimmed back to a single central dial, ranging
from 1-10, to regulate the blending speed, with the pulse function
included to one side. The three containers included – two BPA-free
double-walled cups and a larger jug – can all be used for blending when
combined with the blade unit which simply screws on to each container
and the whole drops onto the base to line up with differently sized
niches. An optional tamper, which fits through the hole in the jug’s
lid, can also be used to shift clumps or push ingredients towards the
blades. 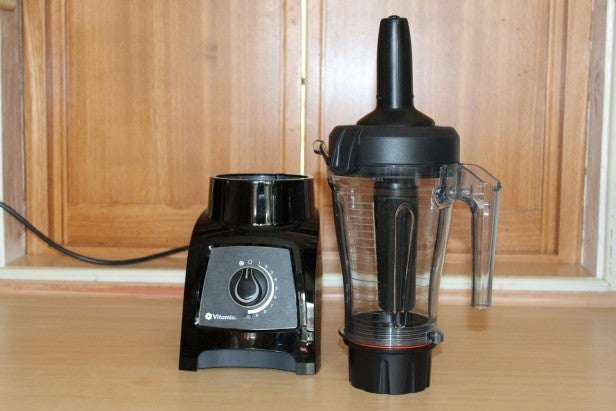 A
friendly quick-start guide means you can be making drinks in minutes
from setting up the S30. We started by making a green smoothie of kale,
kiwi, pineapple, banana, water and ice, layering the softer ingredients
and liquid at the bottom of the jug (the recipes for the cups are
layered in reverse as they blend upside down). 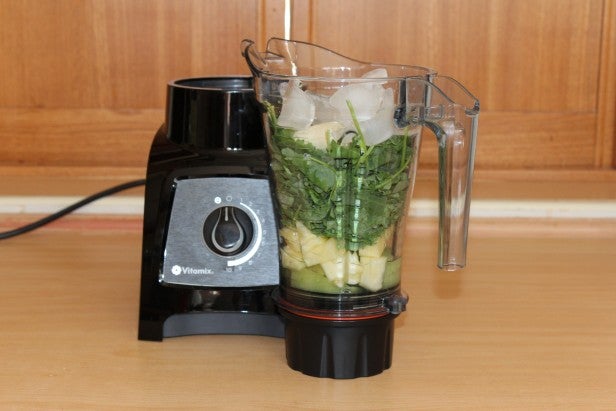 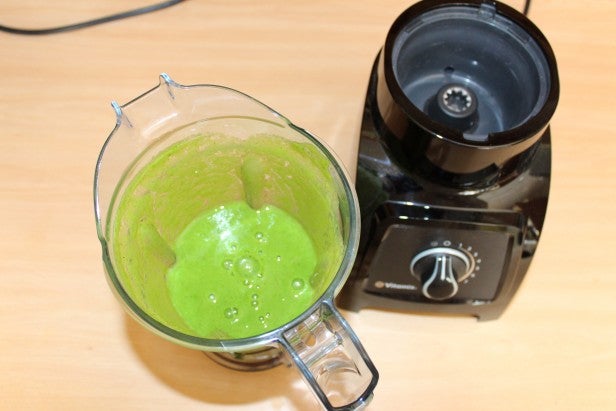 Starting
on speed 1 – so that the blades could ‘grab’ the ingredients properly –
we slowly increased the speed to 10. While it took longer than expected
for it to reach the tougher pineapple and a compacted mass of kale, the
blades were soon whizzing through the rest and making short work of the
ice. Another 10 seconds and a brief swirl with the tamper and the whole
of the mixture was a consistent vivid green shade and smoothly blended
with no lumps. 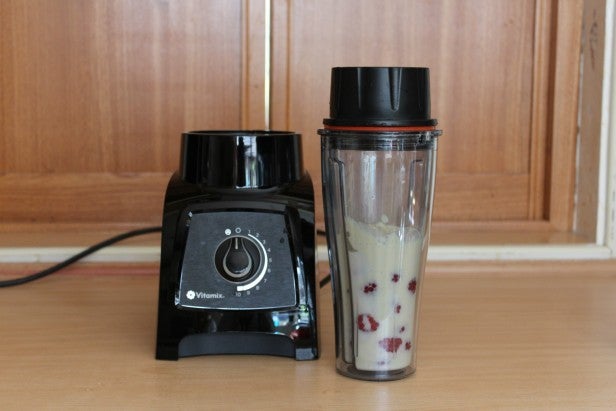 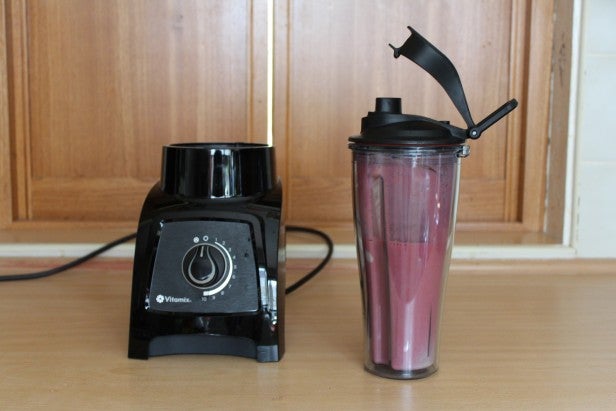 Next,
we tried making a fruit-based yoghurt smoothie with ice in one of the
cups. Blending was faster but here, the pulse function came in useful to
help combine the thick yoghurt that was clinging to the side. Left for a
few hours in the cup with the twist-on, flip-top lid in place, the
smoothie was still fridge-cold and stayed as one mixture instead of
separating. 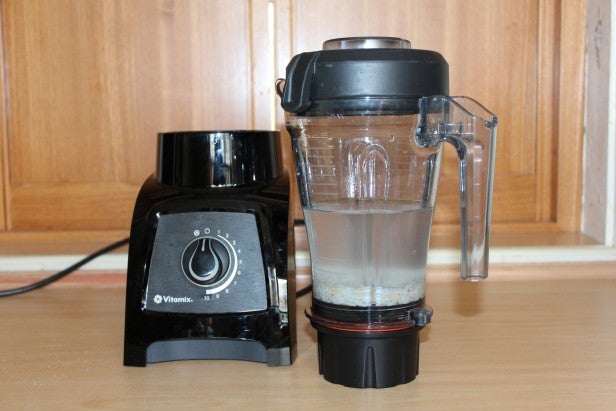 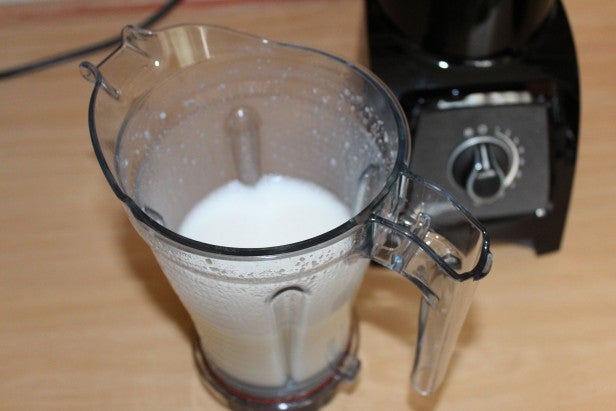 Finally,
we tried making rice milk using cooked brown rice, sugar and water.
Even though this recipe used a large amount of liquid, the S30 was
reassuringly stable while it whirled the contents around but was
particularly noisy at full speed. It took a few minutes to blend to a
creamy, smooth consistency with a milky colour. There was still a small
amount of residue at the bottom of the jug but this mixed in easily
after being poured out into a larger container.

Clean up was
effortless and convenient – all the detachable parts can be popped in
the dishwasher or washed by hand, plus as the blade unit unscrews from
the containers, it can be thoroughly cleaned. 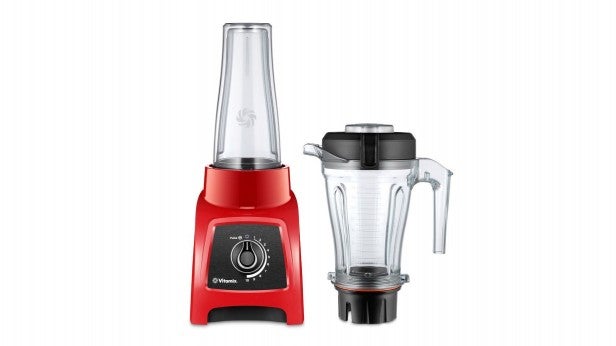 Should I buy the Vitamix S30?

If
you’ve had your eye on an original Vitamix but struggled to find space
for it in your kitchen, this smaller machine is definitely the answer.
While it might not have the mighty 2.2 horsepower motor of some of
Vitamix’s other models, it more than makes up for it with its compact
footprint, more affordable price, on-the-go containers and easy
cleaning. Its power and speed options also make it a smart upgrade if
your current blender can’t handle tougher foods or prolonged running
times, plus a seven-year warranty gives excellent peace of mind.

A
professional blender moulded into the shape of a personal one, the S30
is still quite an investment but it’s worth every penny.