Back in March 2008 we were blown away by the original Vita Audio R1. This DAB and FM bedside radio combined great styling and build quality, superb sound quality, and a decent level of usability at a price that was just right. Now back with in an MkII guise, it packs in a better screen, even better styling and is compatible with new battery pack and carry case accessories. 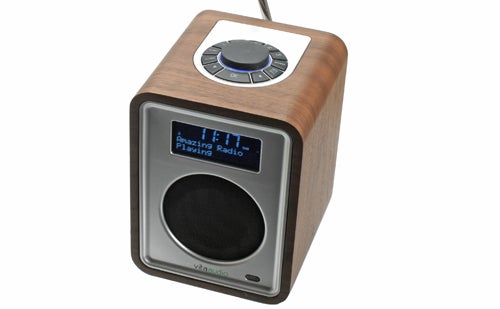 What always set Vita Audio’s products apart from the masses was their superb styling and build quality, and it’s no different here. A beautiful wooden curved-cornered rectangle of wood wraps around a largely metal chassis faced with sandblasted steel sections. It looks superb, and feels even better with excellent fit and finish – it may be pricey but on first impressions it certainly feels worth it. Piano black and gloss white versions are also available, and if past experience is anything to go by they’re just as superbly built.


Up top is the control cluster that consists of 12 buttons surrounding a central rotary dial, while the front is home to an LCD display, ambient light sensor and the 3.5in speaker. Round the back is a socket for an aerial connection – a decent telescopic aerial is provided but you could use a different one if required – a 3.5mm auxiliary input jack, a 3.5mm line out, a 3.5mm headphone jack, the power socket and a service socket for upgrading the firmware. Flip the radio over and you’ll find four soft rubber feet that provide a good purchase on most surfaces and a bass port.

The controls all feel very well put together however, they aren’t backlit (though there is a ring of blue light around the central dial), which for a bedside radio is a big failing – you simply can’t see what you’re doing in the dark. You can at least distinguish between the buttons to some degree simply by feel alone.


We’re also not so keen on the central dial. As we stated in our review of the original R1, the circular control layout suggests that the dial in middle should rotate freely and act as a universal control, switching between controlling volume, tuning, and menu options. However, instead it only controls volume and moves only about 30 degrees to either side (right for volume up, left for volume down) and, once released, springs back to the middle. 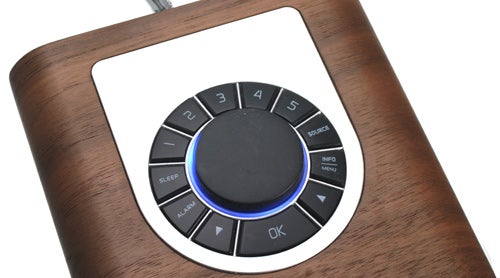 It’s perhaps a bit harsh to judge a radio because it doesn’t conform to expectation, especially as it does get the job done reasonably well, but we really feel a rethink of the controls could change this from a good product to a great one.


As for the other controls, up front is an OK button flanked by up and down controls. These are used for controlling tuning and other menu items. Next up are Alarm, Menu, Sleep, and Source buttons. You can set two separate alarms with choices of radio, auxiliary input or a beep and there are presets for weekend, weekdays, once, and everyday. Source, meanwhile, cycles through the choice of DAB, FM and auxiliary sound sources. Finally there are five buttons for quickly accessing the five presets each for FM and DAB.

As with the controls, the Vita Audio R1’s display – though still a marked improvement over the previous one – isn’t quite as good as it could be. It’s a blue monochrome LCD panel with a large central clock display and two alphanumeric lines below for displaying station information. Dedicated icons show signal strength, source selection, and alarms. 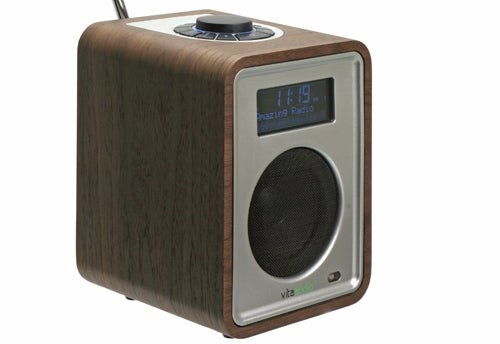 Ostensibly it does a good job, clearly showing you the information you need while the clock is large enough to easily read from across the room, or when you’ve not yet put your glasses on while lying in bed. However, when it comes to viewing angles it’s not so accomplished. View it from any sort of acute angle and the contrast drops of rapidly, making the display almost unreadable at the most extreme angles. While this is less of a concern for most everyday use, if you do use this as a beside clock, there’s a good chance you will not be able to read the display from the comfort of your pillow. This is one area where Pure still really excels with its OLED displays found in the likes of the Pure Evoke Flow 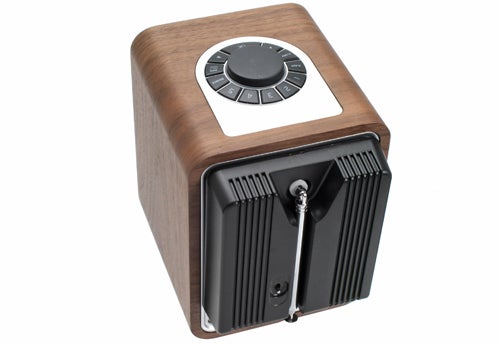 New to the new R1 is the addition of a battery pack, available for £49.95, and a leather carry case, available for £39.95. The battery pack bolts onto the back of the radio and provides up to 20 hours of playback. It does add quite a bit to the bulk of the radio but all things considered it’s not too obtrusive and still gives you access to the ports on the back. The power supply doubles as a charger so you can simply keep the whole lot plugged in, then take it away when needed.


The leather carry case wraps round the sides then buttons shut round the top of the radio. It’s fairly easy to fit and feels reasonably well made though it isn’t the utmost in fashion once fitted. Of most import, though, is the fact that it will keep the radio protected from knocks while on the move.


While all these bits and bobs are very well, what really completed the original R1’s positive impression was its sound quality, which was voluminous, deep, and detailed. Thankfully, Vita Audio (which is a subsidiary of speaker manufacture Ruark) hasn’t slipped up and the R1 retains all its characteristic tonal charm. 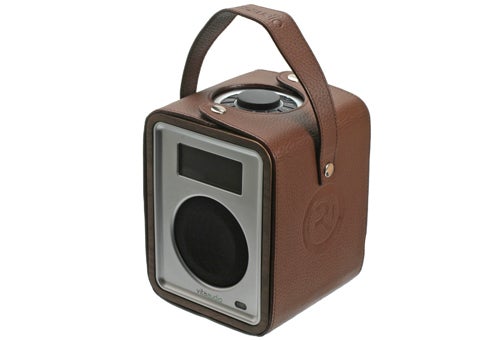 The single speaker inevitably limits quite how impressive the audio from this H170 x W130 x D135mm, 1.8Kg unit is. However its 9W output will easily fill your average living room or bedroom with a quality of sound you have no right to expect from such a small device. Bass, while not truly thumping, is more than ample, providing a depth and warmth that few equivalents can match. Meanwhile, the upper end of the frequency range is clear and accurate. The result is a radio that excels at anything from classical through to indie, dance music and heavy metal.


It’s clear we like the Vita Audio R1 MkII. However, when price is considered, we have to curtail our enthusiasm. At £159, it is distinctly pricey, especially if you want to add the eminently useful battery pack. For the most part this price is justified by the sheer class of the device (though if you’re after a slightly less natural but more bass heavy sound the Boston Acoustics Solo XT is available for £30 or so less), but the few little slip ups like the average display and the lack of backlit controls means its not quite enough to fully recommend.


The Vita Audio R1 MkII is an excellent tabletop/bedside DAB radio that looks amazing, sounds even better, and is mostly easy to use. However, thanks to a few usability slip-ups it comes out looking a tad pricey. It’s still well worth considering but isn’t as good as it could’ve been.