Technology and fashion are now virtually inseparable, as is their obsession with thinness. Monitors have joined phones, tablets, laptops and televisions in a desperate race to shed the pounds. Now ViewSonic has produced the skinniest monitor of them all, but is it a trend setter or a misdirected fashion victim?

Design
Certainly the name is unlikely to become iconic, but the ViewSonic VX2460h-LED makes a striking first impression. At just 6.8mm thick at its thinnest point our first fear was the VX2460h may snap in our hands. Of course like so many specifications in the monitor industry this dimension is somewhat misleading. It is 14mm thick at the display’s widest point and the stand itself is 200mm deep – the 6.8mm measurement is for superficial rather than practical reasons. Fashion would be proud. 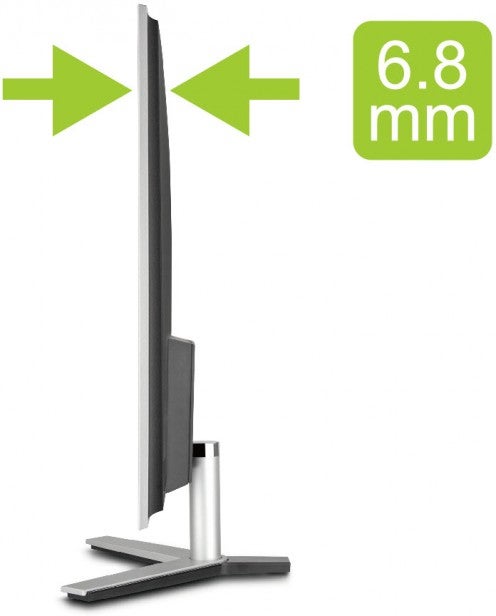 Whether fashion would be proud of the Viewsonic VX2460h-LED from the front, however, is more debateable. In slimming down the monitor ViewSonic has had to squeeze internals around the outside of the panel which results in a wide bezel. The approach will divide opinion and we aren’t a big fan of the bezel’s glossy piano black finish either. It does house intuitive touch sensitive power, source and onscreen menu buttons though and overall the look is somewhat retro.

Features
ViewSonic has also indulged its retro intentions with the inclusion of a VGA port at the back and a useful 3.5mm headphone jack, but otherwise it is 21st century all the way with inclusion of dual HDMI ports. This arrangement is becoming increasingly standard on modern monitors and makes it easy to toggle between two sources such as a laptop and desktop or even phone and tablet.

Less commendable is the minimalist stand. The Viewsonic VX2460h-LED can tilt but there is no height adjustment and it cannot rotate. In addition the stand is very sensitive to impact around it and we found even typing could cause the display to wobble, something that is distracting very quickly. Skinny fashion is not without its compromises. 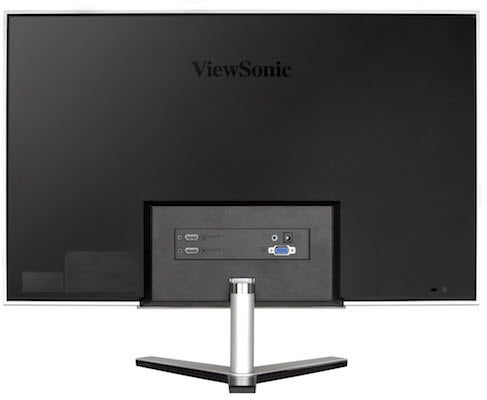 There is a further compromise in terms of the panel too, ViewSonic has opted to go against the latest budget monitor trend, fitting a TN rather than IPS panel. The principle benefits of IPS panels are their greater colour accuracy and wider viewing angles while they tend to be kinder on the eyes over long periods too. Where TN panels excel is their response times and ViewSonic has maximised this with a 2ms grey to grey response time to combat motion blur in games and fast moving video.

Elsewhere ViewSonic quotes a 250 cd/m2 brightness (typical), meaningless 40,000,000:1 dynamic contrast ratio (1,000:1 typical) and 170 degree (H) by 160 degree (V) viewing angles. While monitors aren’t the most environmentally friendly pieces of equipment, ViewSonic is doing its best to hug a few trees with mercury-free LED backlighting and a three phrase ECO mode that claims to save up to 40 per cent when compared to a regular 24in monitor.

Performance
As is standard with 24in monitors these days, ViewSonic has gone with a 1920 x 1080 Full HD native resolution, and the VX2460h-LED is powered by the company’s ‘ClearMotiv II’ imaging technology. Meanwhile  the panel itself has an anti-glare hard coating to make it more useable in direct sunlight or under strong room lighting. This latter aspect works particularly well. Light on the screen from any angle causes no problem and this makes the VX2460h highly flexible letting you position it where is most convenient rather than where it is left in shadow.

Undoing some of this good work is the piano back panel which creates glare in almost any situation and is so shiny as to produce a mirror effect where you can see your hands typing in the bottom of the bezel. If ViewSonic realises the need for an anti-glare screen it should’ve also spotted the need for a similarly matt bezel. 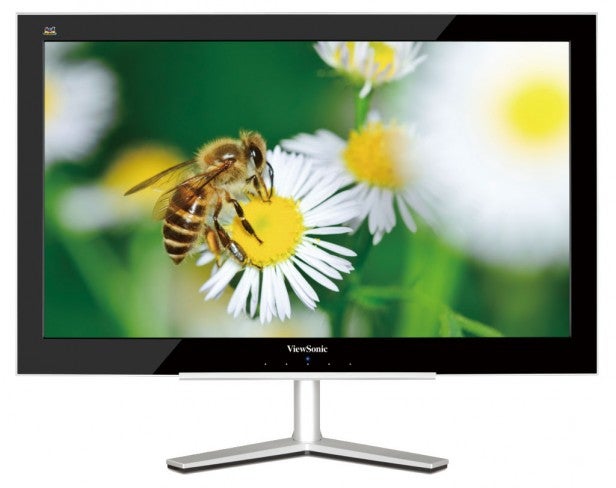 On the flip side, for a TN panel, viewing angles are excellent holding both colour and contrast at any realistically feasible working position. It is also easy on the eyes with even, consistent colour reproduction. The results are not as good as an IPS panel, but a huge improvement for anyone with an older TN monitor looking for a reasonably priced upgrade. Furthermore the onscreen menus are simple to use with a plethora of adjustment options. We are also impressed with the Eco saving modes and found its ‘Optimize’ middle ground setting best for web surfing and reading.

Of course the reason for choosing a TN panel in the first place is its faster response times and we have no reason to doubt ViewSonic’s 2ms claim as we couldn’t get the VX2460h to falter with video or gaming. This will make the monitor very attractive to gamers in particular, though again keyboard and mouse warriors will find the shake transmitted to the screen from button bashing outdoes this good work. 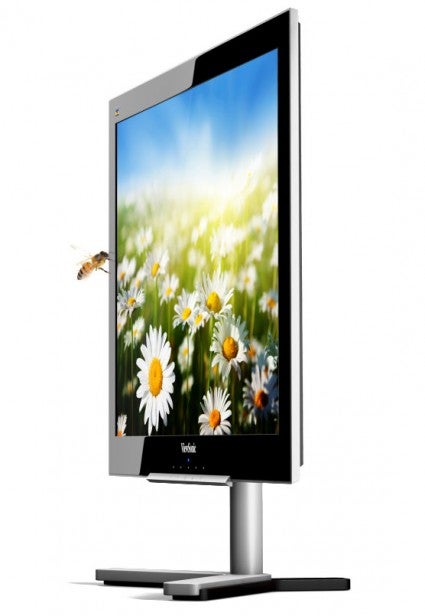 All of which leads us to price. At £159 with a three year warranty the VX2460h isn’t expensive and while we think IPS panels, notably the £150 AOC i2353Fh, offer superior performance in day to day desktop activities that isn’t what response time aficionados want. The trouble is for all the good work ViewSonic has done with the panel it has compromised them with the reflective bezel, poor stand and love/hate styling. Ultimately fashion has a victim as a little more girth would’ve no doubt brought down the price and produced a more solid design with reduced bezel. ViewSonic got the hard part right, but forgot the basics.

Verdict
The ViewSonic VX2460h-LED won’t win many fans from the front, but its 6.8mm depth will drop jaws from the side. Performance is good with even, consistent colour reproduction and the quick response time with appeal to gamers. Against this is the fact it costs more than many budget IPS panels which lift colour and viewing angles to another level. ViewSonic has also made fundamental errors in the design with a reflective, mirror-like finish to the wide bezel and a weak stand which allows the screen to wobble – especially around heavy typists. There is substance to the VX2460h, but it is ultimately undone through its obsession with style.