The ViewSonic made a reasonable start in benchmarks. Its contrast level of 1,361:1 is great – only behind a handful of other screens. That result was generated with a reasonable black level of 0.21 nits, which means that darker shades will have plenty of depth and variation.

The VX2457-MHD has decent colour temperature and accuracy, too. Its temperature measurement of 6,679K is closer to the 6,500K ideal, which means its colours will appear well-balanced, not too warm or cold.

Its Delta E of 2.71 is average, but it’s still better than most other budget panels, so photographers on a budget shouldn’t be too worried about their photos looking washed out on this screen. 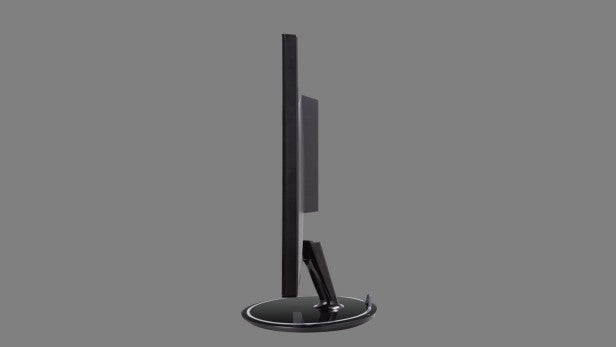 The ViewSonic’s 92.2% sRGB coverage is par for the course for a TN panel, and it’s good enough for work and play. Only those who need professional panels will notice its colour-displaying deficiencies.

A factory brightness level of 286 nits is eye-searingly high, so I retested the screen with the panel reduced to 150 nits – that’s 45/100 on the screen’s OSD. With that more comfortable level chosen, the black level displayed by the VX2457-MHD improved to 0.12 nits and the average Delta E hit 1.84. Both are decent results and both will help games, movies and web pages look better.

ViewSonic’s panel doesn’t fall behind in any one area: contrast is decent, black levels are good, and colour accuracy and temperature levels are reasonable. It will happily cope with work, web browsing and games, although those who undertake colour-sensitive tasks may want to look for a pricier panel.

The ViewSonic’s various screen options are divided into gaming and non-gaming menus, with the gaming options further split into genre modes.

Many of the gaming modes use technology to try to make the screen sharper, and it’s never helpful: it makes edges look jagged and too pixellated. Games will look poorer with this option activated.

Few of the game modes even served to improve screen quality. The default option only made the average Delta E and gamma measurements decline, and the FPS mode dialled back on the overly pixellated edges but made no improvements to benchmark results. 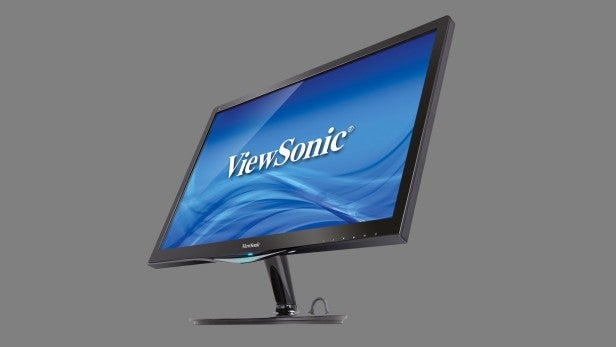 RTS mode ramps up the pixellation and makes the screen darker and more pallid thanks to a murky brightness measurement of 120 nits, and the MOBA mode doesn’t bring anything new to the table – it’s barely any different from the ViewSonic’s factory settings.

There isn’t much to like about the ViewSonic’s more practical modes. The sRGB option drops the brightness to a dark 121 nits – a result that undermines its revised 1.77 Delta E – and the Movie mode sends the average Delta E and gamma measurements way off-piste.

The final screen option, Eco mode, aims to cut power consumption. With this option the ViewSonic consumes only 10W from the mains – but even at factory settings it required only 17W. This is a very frugal screen.

This is where the ViewSonic encounters a significant issue. The VX2457-MHD’s backlight lost about 20% of its potency down the entire left-hand side of the screen, with around 10% of the backlight diminishing in the middle of the panel and between 6% and 8% on the right-hand edge.

That left-hand edge is a problem. It’s a big enough difference to be noticeable during darker moments in games and movies, and it’s enough to put me off doing any colour-sensitive work on this screen. It’s not a good result, and the panel was further hindered by slight backlight bleed along both horizontal edges of the screen. It’s also far worse than most rivals.

The ViewSonic’s colour uniformity was better, with only a few percentage points of variation across the screen. Colours were a little warmer on the left and a little cooler on the right – which I expected, given that’s where the backlight becomes brighter – but not enough to be distracting.

The monitor gained some ground in the input lag test, which is no surprise given the VX2457-MHD’s speedy TN panel. It averaged an result of 11.5ms, which is easily good enough for all kinds of games.

Should I Buy the ViewSonic VX2457-MHD?

ViewSonic’s latest screen is a mixed bag – but, given its price, this isn’t exactly surprising.

It served up a solid set of benchmark results, with reasonable contrast and colour accuracy. But, not surprisingly, it falls down in several departments. Its speakers are disappointing, the screen modes offer little extra, and the ViewSonic isn’t exactly versatile. Its build quality and uniformity results also failed to impress. 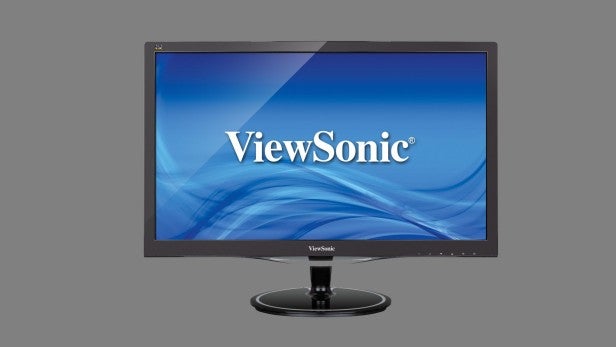 The VX2457-MHD may have AMD FreeSync on board, but that isn’t enough to make up for several significant faults. That added feature might be good for gaming, but I’d rather have a more consistent and sturdy panel than have smoother gameplay – even if that involves saving up a little more cash.

The ViewSonic VX2457-MHD’s budget status is obvious in several key areas. Its core benchmark results might be reasonable and AMD FreeSync is a game-friendly addition, but its various compromises make it hard to give it a whole-hearted budget buy recommendation.