It’s easy to look at a market filled with 4K and curved screens and assume that you have to spend hundreds to get a decent panel, but ViewSonic’s VX2457-MHD banishes that notion with an entertainment-friendly brief and a tempting £136 price.

That cash buys you a 24in 1080p screen that comes with AMD FreeSync – and, according to ViewSonic, this display is suitable for all sorts of entertainment, not just gaming. So is this screen really the bargain it initially appears to be?

ViewSonic has picked a TN panel for this monitor. The prime reason for this is TN technology’s relative cheapness, but there are also technical advantages to making this choice: one of the biggest boons of a TN screen is rapid response times, and ViewSonic follows through with a claim of a 1ms response – ideal for gaming and action-packed, fast-moving films. 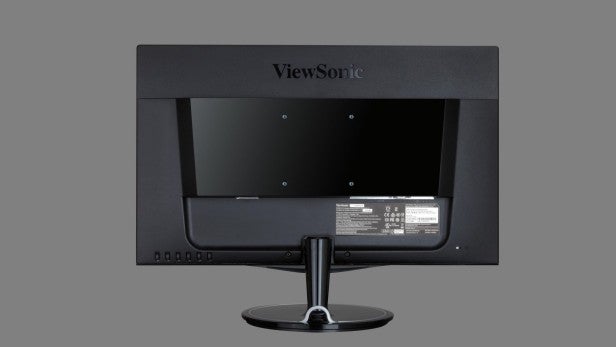 It works well, with butter-smooth gameplay at any refresh rate up to 75Hz. Put this screen next to a panel without FreeSync and the difference is stark, with flicker-free gameplay on the ViewSonic and obvious micro-stutters on other monitors.

AMD’s technology is also my preferred choice over Nvidia’s G-Sync, because FreeSync is an open standard; G-Sync requires a separate bit of Nvidia hardware to work. That means AMD’s technology can be included in cheaper screens such as this ViewSonic panel. Of course, you’ll need an AMD graphics card to actually use this feature.

The ViewSonic has a reasonable list of features elsewhere, but these inclusions sometimes aren’t up to snuff. The inclusion of 2W speakers is one such example. I’m pleased to see speakers included, but they serve up underwhelming bass and a tinny high-end that begins to distort when the volume is turned up. They’re insipid and I don’t recommend using them for games, movies or music.

I’m also not a fan of the ViewSonic’s looks. There’s nothing inherently wrong with the VX2457-MHD’s design, but the big bezel and use of glossy plastic – rather than the smarter matte plastic use by competitors – only serve to make the monitor look cheap.

Putting this monitor together out of the box is easy, since the stand comes attached to the rear of the screen – I only had to slide the base into position and secure it with a single preinstalled screw. 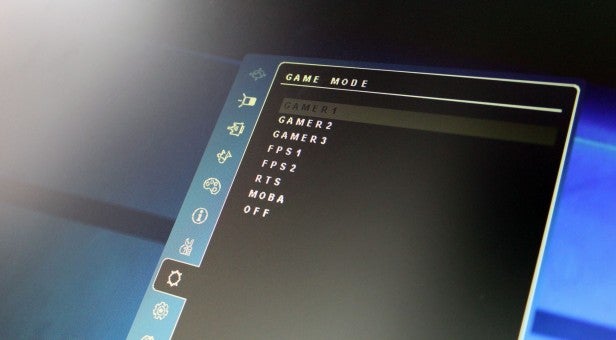 The simple setup doesn’t make for good build quality, though. The base feels thin and there’s too much give in the screen itself as well as the plastic around the back. Even the slightest nudge sends the screen wobbling.

The ViewSonic isn’t particularly flexible in terms of positioning, either – the panel only tilts forward and backwards. It also supports 100mm VESA mounts for mounting to movable arms.

The onscreen display isn’t particularly easy to use. The buttons are around the back of the screen and correspond to small symbols on the front of the bezel, but it’s tricky to line up the two unless you’re sitting right in front of the screen. And even then it takes a little time to get used to.

In addition, the OSD is sluggish and its options are divided across lots of different categories, so navigation takes longer than I’d like.