When buying an LCD monitor, panel type is one of the prime considerations. TN, found in the vast majority of affordable displays, is the least desirable panel tech due to poor viewing angles which mange colours and contrast – despite its faster response time still making it the default choice for FPS fanatics. The best balance between speed and quality is found with IPS and Samsung’s PLS equivalent – and from once being priced in the hundreds of pounds, we’re now seeing a whole range of 23in IPS monitors for under £180. 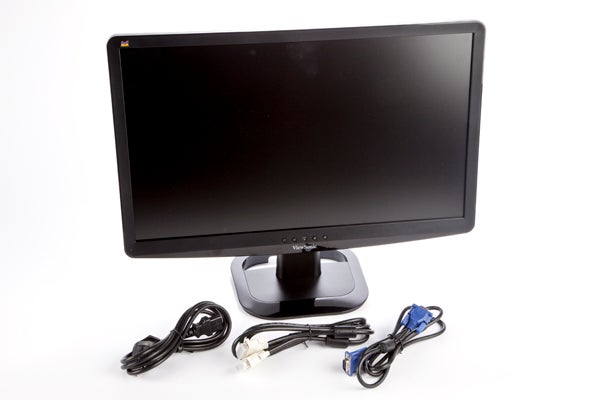 No that price is not a typo, you’re really paying a mere £111 for a Full HD, IPS-panel, 23in monitor – making it not only the cheapest of its kind but the cheapest IPS monitor ever. That’s seriously impressive on paper, yet leaves us wondering if ViewSonic managed to maintain adequate quality.

The VX2336s-LED is neatly packaged and includes VGA and DVI cables. The display itself comes in two parts, but assembly is as easy as clicking the base and monitor leg together. 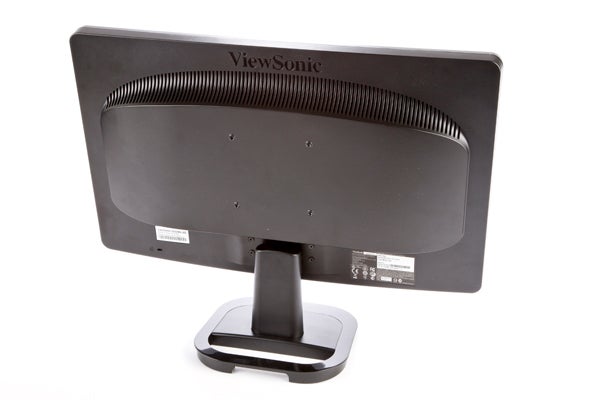 So far so good, but from a design perspective this ViewSonic is the least attractive monitor we have seen in a very long time. It mixes glossy and matt plastics in an attempt at visual appeal that falls rather flat; its chassis is as bulky as we remember from CCFL-backlit displays; its stand is plain without any cable tidying; and the VX2336s-LED’s controls are horribly prominent in the bezel at the front. 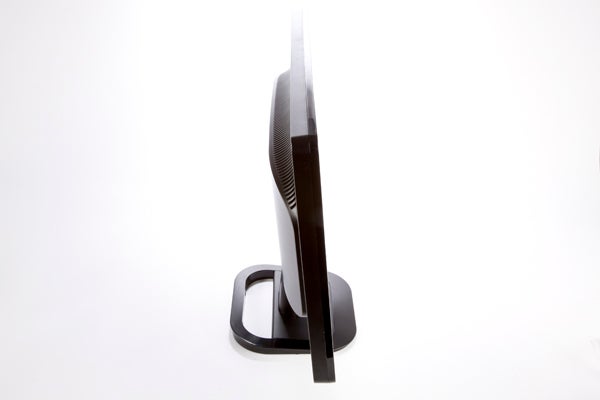 One immediate advantage to the monitor’s bulk is that it doesn’t require an external power brick as most of the slimmer models on the market do. Build quality is also a lot better than this ViewSonic’s looks would suggest. Sure there’s the occasional creak, but generally the plastics used are solid and the predominant matt finish feels good to the fingers. Adjustability is as basic as we would expect at this price, with tilt being the only option. 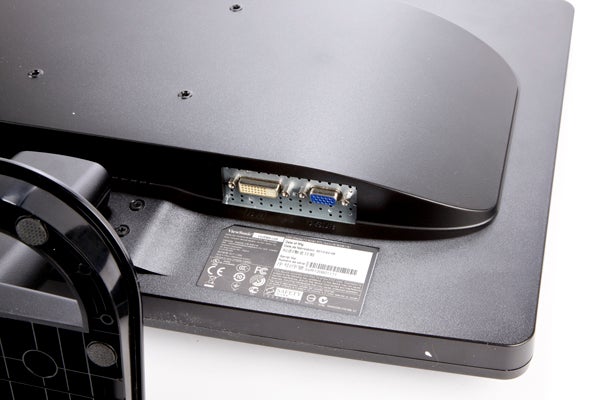 Connectivity likewise comprises the bare minimum, with VGA for analogue and DVI taking care of digital. The lack of HDMI is certainly no problem when it comes to video signal, as HDMI-DVI adapters are very cheap and easy to get, but it does mean you’ll need to get your audio directly from the source. Connecting multiple digital sources can also be achieved by buying an HDMI adapter and splitter, though you may be better off spending the extra on a display that offers multiple digital inputs to begin with.

As mentioned, the controls on the VX2336s-LED’s front bezel are a bit of an eyesore, but they are particularly easy to find and use, especially since they consist of four well-spaced, protruding buttons in groups of two to either side of the blue-LED-backlit power button. They might not feel like quality but offer a crisp click and, unlike some, they’re usable even in the dark. From a practical standpoint, ViewSonic has done a great job, though shortcuts could have been better. 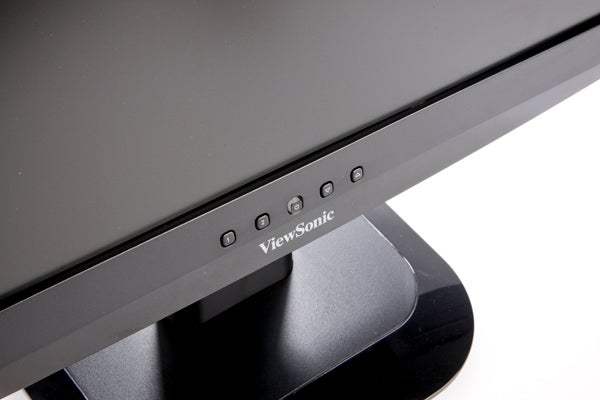 The OSD is basic and plain. Though we don’t mind its lack of visual appeal, it also lacks advanced options like overdrive calibration, though automatic aspect ratio adjustment and dynamic contrast controls are present. Another niggle is that colour temperatures are listed as “Bluish, Cool, Native and Warm” rather than in degrees Kelvin, which might be perceived as being friendly for novice users but is actually not particularly helpful.

So far the VX2336s-LED is not exactly good-looking, its adjustability and connectivity are as basic as it gets, and its OSD is unimpressive at best. But really, a monitor should be primarily about image quality, and ViewSonic’s choice of a Full HD 23in IPS panel practically guarantees a better experience than most similarly-priced TN-based rivals. Furthermore, we discovered to our pleasant surprise that the VX2336s is not just better than TN rivals, it’s one of the best 23in IPS screens we’ve seen – despite also being the most affordable. 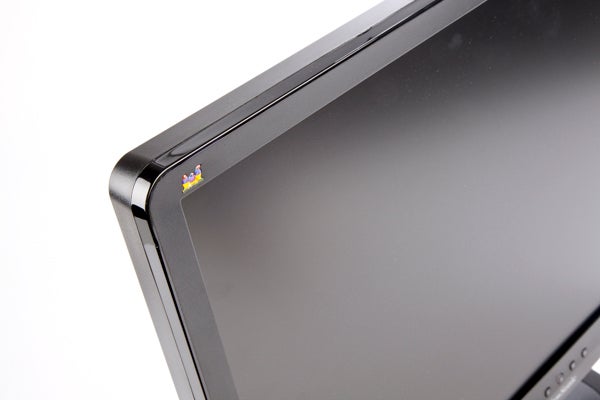 First off, ViewSonic has done a superb job on out of the box settings. As usual brightness is set way too high for comfort at 100 percent, but in every other regard we would be more than happy using the VX2336s as it arrived. Viewing angles are simply superb, with no sign of the contrast or colour shift that’s minimally present on even some pretty pricey IPS monitors.

Contrast is also excellent, with every little dark detail clearly distinguishable without sacrificing differentiation or purity in whites. Despite the VX2336s-LED’s matt finish, colours are plenty vivid and blacks remain relatively deep. Backlighting is also superbly even, perhaps thanks to the roomy chassis dispensing with the bleed from bezel pressure many thinner displays suffer from. 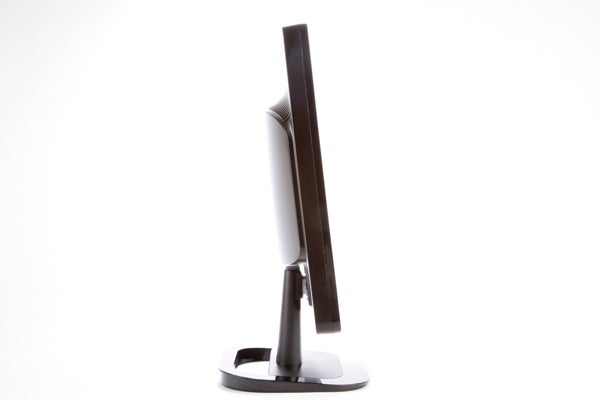 Superb sharpness and no sign of artefacts like banding complete a very rosy picture indeed. For gamers, meanwhile, only the most fanatical FPS players will find much to complain about, despite a quoted 14ms response time (which is probably a lot more honest than those of most manufacturers). In fact, our only and rather minor image quality issue with this stunning ViewSonic monitor is the purple tinge most IPS screens have to some degree, and it’s not nearly as noticeable here as it was on the Philips Blade 2.

This really is a superb performance for any display, and especially one that will only set you back £111. And the VX2336s will continue going easy on your wallet even after you’ve purchased it, with a standby power rating of 0.5W and getting as low as 21W during use. 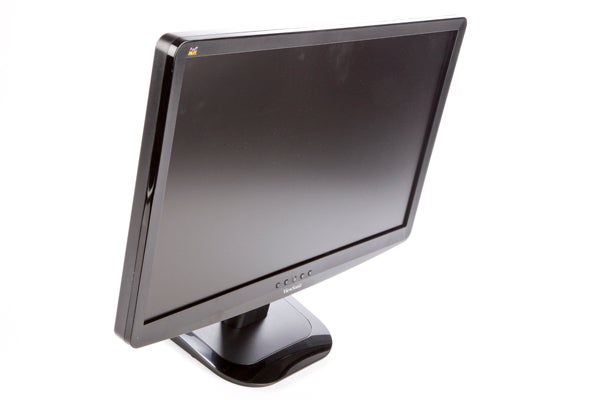 Its closest IPS price rival, the AOC i2353Fh, is £145. Of course, if you can afford the extra £34, the AOC offers better connectivity and design that’s in a whole different league. However, this ViewSonic gives you slightly better image quality and, at this level, £34 can mean quite a lot.

Verdict
The cheapest 23in Full HD IPS monitor we’ve ever reviewed is also one of the best. Sure, the ViewSonic VX2336s-LED’s design is utilitarian while its connectivity and menus are basic, but it offers image quality so far above what you would expect for the price that these drawbacks are easy to forgive. After all, when you get right down to it a display should primarily be about its screen, and here the VX2336s truly excels.