Remember that transition from 4:3 to widescreen LCD monitors? A lot of folks, myself included, wondered why the industry didn’t just move to TVs’ standard 16:9 aspect ratio, rather than creating yet another one in the form of 16:10. Oh sure, I’m well aware of the arguments for this decision and even agree with many, but the simple fact is that it did create a lot of confusion for users. Now we do seem to be moving to 16:9 PC monitors after all, which combines with the recent trend for higher resolutions in smaller screen sizes to give us the slim and attractive ViewSonic VX2260wm, a Full HD (1080p) 22in monitor.


Design-wise, it’s a very similar beast to ViewSonic’s 19in VX1962wm. Thankfully, the company has decided to get rid of the one that didn’t work in that model: the grey line across the base. This means that most of the VX2260wm is now unbroken piano black; the only exceptions being the stand’s matte ‘leg’ and silver trim on three sides of the bezel. 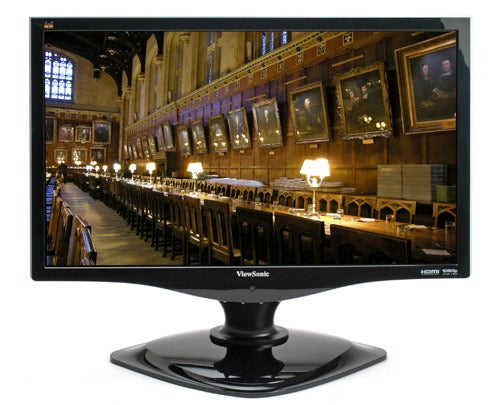 One area where things have taken a step back is in assembly, or rather, disassembly. Instead of the VX1962wm’s screw-in base, its 22in cousin uses a click-in system that’s a bit of a nightmare to get loose again. This might become if, god forbid, you ever have to return the monitor for a replacement, but besides this few consumers will ever need to disassemble their monitor.


As usual, ViewSonic provides VGA and DVI cables, though there is also a HDMI connection on hand for which no cable is provided. HDMI makes a lot of sense on a monitor like this, seeing that its 1080p panel offers the ideal resolution for your PS3 or Xbox 360.


There’s also a 3.5mm audio jack to pipe sound in when you’re using DVI or VGA, as HDMI carries both audio and video signals. These feed the VX2260wm’s twin 1.5W SRS speakers, which as usual aren’t up to much. They deliver all the impact of a soggy paper shotgun and though they never strain themselves enough to cause distortion, at barely audible volume levels that’s hardly much of an achievement.

Yet fear not; all’s not lost on the audio front. Unlike so many other monitors featuring sound inputs and/or HDMI, the VX2260wm actually has a 3.5mm audio out jack, allowing you to stream stuff through to a decent pair of headphones or standalone speakers. Well done ViewSonic; it’s amazing how many manufacturers fail to provide this simple, inexpensive feature.


Getting back to the display’s physical design, it’s a real shame that the slender, curved stand doesn’t offer anything but (an admittedly very generous amount of) tilt, since the screen’s bezel is one of the slimmer ones around. The exception to this is the bottom part, where it bulges into a stylish curve sporting the ViewSonic name and an LED that doubles as power button. When the monitor is receiving a video signal, the LED glows blue. It’s small but bright and cannot be dimmed, so might be distracting to some.

Along the lower edge of this curve you’ll find the soft touch menu and shortcut buttons, again identical to those on the ViewSonic’s 19in VX1962wm. Button ‘1’ calls up the menu and acts as a ‘back’ button and button ‘2’ acts as an Enter button or input selector. After this we have two buttons marked with arrows that act as up/down and also provide convenient access to volume and contrast/brightness.

The familiar OSD from previous ViewSonic models is likewise functional but nothing special. It’s colourful but not pretty and everything is a bit on the small side. Of course there are the usual brightness, colour and contrast modifications, but the most interesting options are to be found under Manual Image Adjust.


Here you can set things like turn on or off the Dynamic Contrast mode, set Response Time acceleration at various levels, activate the ‘ECO’ mode and change the aspect ratio. Though there are only two choices in this last menu, between full screen and 4:3, the lack of 1:1 pixel mapping is not an issue as the VX2260wm is natively 16:9. This means that even 720p console content is scaled to correct aspect without any cropping or distortion. 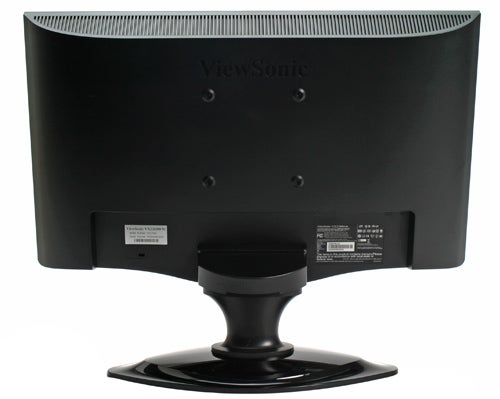 Of course, the million-dollar question is not so much if this 22in beauty can display content in its correct aspect, but if it can display it well. And when it comes to general image quality, the answer is: “yes, but…”. On the ‘yes’ side it produces a strong greyscale performance (softening the ludicrousness of the quoted 20,000:1 contrast ratio), minimal banding and backlight bleed only along the bottom edge and pin-sharp text. It’s also hardly worth mentioning a 2ms response time, since that’s pretty much par for the LCD-monitor course these days, but it does result in a predominately ghosting-free gaming experience.


Then there’s the ‘but’ and as is so often the case with TN-panel based monitors the source is mediocre viewing angles, making it unsuitable for digital artists and photographers. To get the most out of ViewSonic’s latest, you have to view it from a pretty narrow angle, otherwise contrast shift creeps in and spoils those impressive black levels. 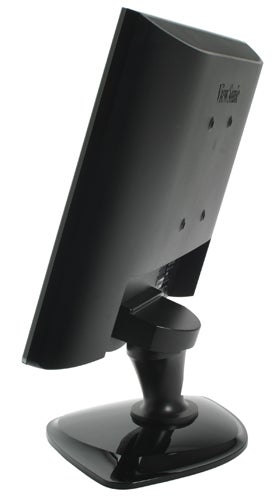 Thankfully, this isn’t enough to ruin a surprisingly immersive performance in movies and games. Synthetic tests don’t always reflect real-world performance and fortunately that is the case here. While contrast shift does affect blacks, after a little fiddling with the various settings the VX2260wm still manages a decent amount of shadow detail combined with punchy colours for entertainment use.


Obviously, it’s not for movie purists either, but then they wouldn’t want to watch stuff on a 22in display anyway. And speaking of film purity, this is yet another monitor where dynamic contrast is best left off. Apart from the lack of height adjustment though, office users have little to complain about.


Overall then, you get a nicely-styled, VESA compliant Full HD 22in monitor, with a basic base and reasonably good image quality for a TN. Best of all, the VX2260wm can be had for the relatively paltry sum of £175. So if you’re looking for a 1080p display on a budget, right now the only question you should be asking yourself is whether to go for this or the similarly-specified Iiyama ProLite E2208HDS, which won our coveted Recommended Award only last month and is available for an even more astonishing £153. 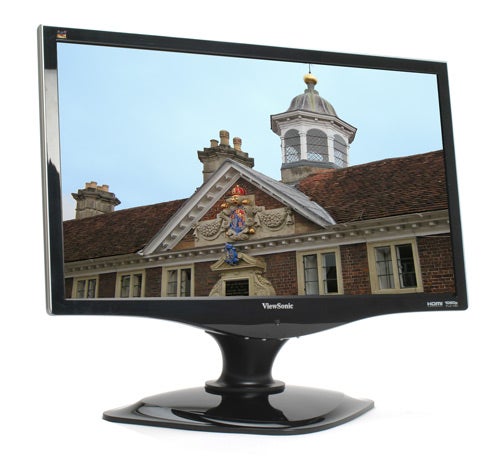 Prices might have changed by the time you read this, but on balance the ViewSonic wins hands down. Though panel performance is comparable, everyone in the office agrees the VX2260wm sports a better-looking chassis and most importantly, offers triple inputs (including HDMI) and audio-out where the E2208HDS only gives you DVI and VGA.


With the VX2260wm, ViewSonic has produced a stylish 22in Full HD monitor that makes up for its lack of adjustability and only slightly above-average image quality with good connectivity and a bargain price. Basically, if you want 1080p but are short on cash or space, this is the display to get.