Though in many respects the LCD monitor has been quite a liberating development, freeing up space in the bedroom, home office and office while making the PC a far more living room friendly beast, it hasn’t all been perfection. That’s because unlike CRT monitors that could display more or less any resolution you wanted, LCDs perform optimally at only a single resolution – generally known as the “native resolution”.


For the most part this doesn’t pose too great a problem, but in the case of smaller widescreen displays this has meant sacrificing vertical resolution when compared to older 4:3 aspect displays. Or, at least it did until ViewSonic released this 19in model, the VX1940w, which features a more capacious 1,680 x 1,050 panel instead of the typical 1,440 x 900 found on most monitors of this size. 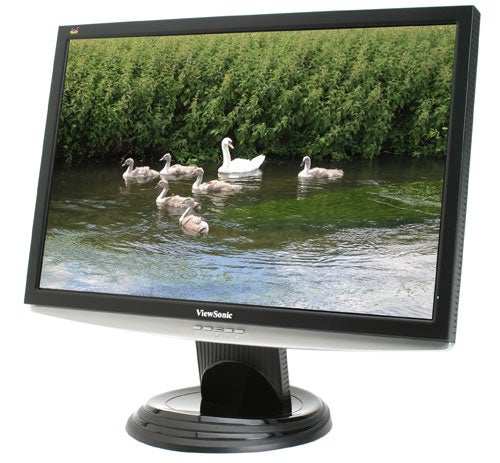 This is a far more practical resolution, giving you the freedom of greater horizontal space but without sacrificing vertical viewing area. Moreover, at time of writing this is the only 19in LCD that can display this resolution and though the £165-£170 asking price does pit it directly against budget 20in and 22in displays, if you need something small without sacrificing on desktop real-estate, this is you’re only real option. On that basis, this should prove a popular option.


However, it isn’t just these general use scenarios where ViewSonic sees this monitor being ideal. It’s also targeting gamers, claiming ridiculously low response times of 2ms grey-to-grey and 5ms black-white-black. Aside from this the display has a 300cd/m2 brightness rating and a 1,000:1 Contrast Ratio, DVI and D-SUB connections with HDCP support on the DVI port. 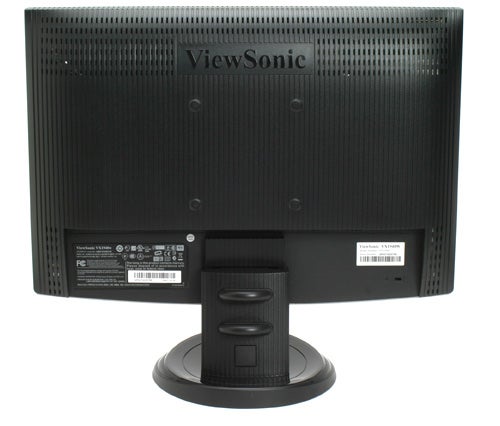 This is all pretty straightforward stuff and though it doesn’t standout in any real respect, it doesn’t want for anything either. Moreover, ViewSonic has added a dynamic contrast mode, which allegedly boosts the Contrast Ratio to 3000:1, though as with the response time figures this is all subject to a fair amount of scepticism. Not necessarily because they’re not true, but because it hardly matters either way since response times have long since ceased to be a real issue, while “dynamic” contrast modes rarely live up to their billing.

Thankfully, such issues don’t detract too greatly and as a design the VX1940w is smart and uncomplicated. A lack of height adjustment or swivel is a shame, but few monitors of this size feature this kind of adjustability. Otherwise, the slim black bezel, silver highlights and glossy black stand combine well to produce a monitor that has some sense of style, but without resorting to gaudiness.

This should ensure it’s at home in many environments, be it the home or in an office. An anti-glare finish also supports this versatility, ensuring none of the reflectivity of high contrast glossy finishes. ViewSonic has also been wise enough not to waste time and space on speakers, which only helps the monitor maintain its sleek and simple look.


Just below the ViewSonic lettering and inset into the silver rim you’ll find the OSD control buttons, which remain consistent with previous ViewSonic monitors. The same is true of the OSD itself and though it isn’t the most advanced visual representation, it remains one of the easier to navigate OSDs among PC monitors. Naturally, you can adjust Contrast and Brightness, while colour presets are thorough thanks to a selection between sRGB, 9300K, 7500K, 6500K (default), 5400k and user defined colour settings. On the whole everything that’s needed is there, which is all one can ask. 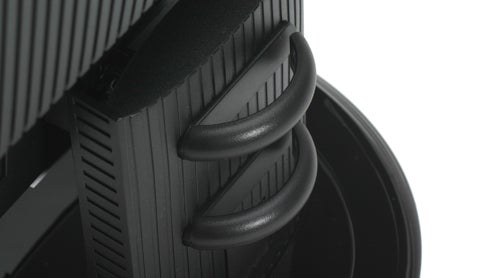 But, what of performance? When first firing up the VX1940w, initial impressions are fairly promising. It looks sharp, with relatively clean whites and very crisp and clear text. Viewing angles are also more than adequate, with only some very minor colour shift and loss of contrast on the horizontal axis and none of the nasty shifts in colouration sometimes seen in very cheap TN panels. Things aren’t quite as impressive on the vertical axis, but this is fairly typical of LCD screens anyway.


From general use it’s clear this is a perfectly capable but unspectacular display. Colours are neutral rather than outstanding, but for the most part it produces colours accurately and with sufficient definition. A photographers dream it isn’t, but for the majority of users it’s adequate and shouldn’t disappoint during typical computing tasks.

Unlike some cheaper monitors it also boasts a decent backlight. There is some very minor bleed from the extremities, but nothing that’s too evident even while watching video where it’s most likely to irritate.

This generally positive impression was mostly reinforced when running the monitor test software DisplayMate, though it did also highlight some issues regarding grey shade production and the lack of detail in the darker end of the scale. In the Dark-Grey Scale, the large majority of the grey shades were very poorly produced, with many of them betraying a yellow/brownish tinge. In addition, the darker end of the scale is practically indistinguishable.


Many of the same problems could be seen in the other tests, with the darker shades of colours always proving difficult to make out. However, such problems didn’t affect lighter shades, with lighter greys and colours well produced. This rather reinforces the idea that this monitor is best suited to general use tasks, but isn’t ideal for tasks that require colour accuracy or dark scene detail. 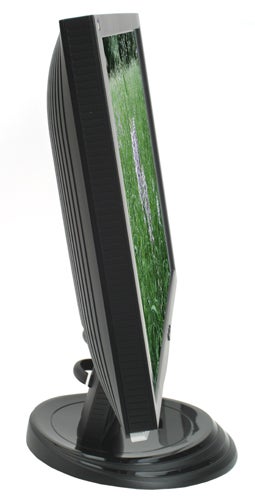 This was particularly evident when watching video. Though bright scenes look very good, with smooth motion, nicely defined colours and crisp clarity, the moment the dark side arrives everything goes awry. There’s a complete lack of detail, with dark scenes looking rather like giant holes in the screen.


It’s a problem that would obviously be of concern for gaming too. Though it may not prove a problem for a great majority of games, there are at least a few that would suffer from this lack of dark level detail. Moreover, with lighting and use of shadows being an oft talked about feature in gaming, such a weakness is certainly a hindrance if this is your desired pursuit. 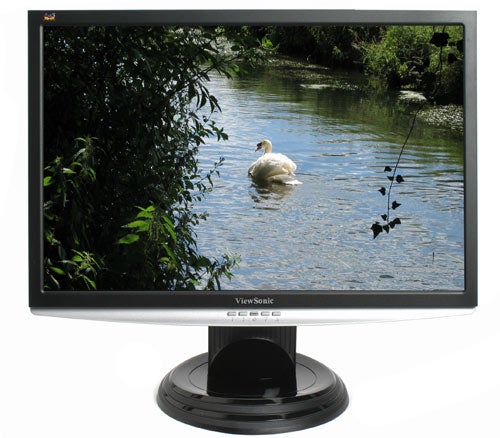 Overall, though, despite these failings the Viewsonic VX1940w has a lot going for it. As the only 19in LCD monitor on sale with a 1,680 x 1,050 native resolution it has the niche all to itself and though one could arguably go for a 20in or 22in instead, there’s a definitely appeal for something this small if space is at a premium. Perfect it might not be, but if this fits your requirements it is a very capable performer that’ll more than fulfil most people’s expectations. After all, if you want top quality performance you have to pay more: it’s that simple.


As the only 19in 1,680 x 1,050 display right now, the Viewsonic VX1940w is in a privileged position. And, though it does have some issues, it’s still a good option. It’s bright and produces easy to read text, while with exception of some problems with dark scenes, will satisfy most peoples’ needs.