The ViewSonic’s factory
settings lived up to the impressive figures provided by the calibration
report. Its average Delta E of 0.92 is fantastic – far better than the
2.53 scored by the Samsung S32D850T and even further ahead of the BenQ’s
4.3. That top-notch Delta E is paired with a colour temperature of
6,444K – better than rivals, both of which were cold, and virtually
indistinguishable from the preferred 6,500K figure.

The
ViewSonic’s factory brightness level of 402 nits is far higher than both
competitors, but that’s not necessarily a good thing – it’s a
retina-searing level of backlight and it contributes to a black point of
0.38 nits, which is far poorer than both rivals. That means blacks
aren’t as deep, and it means the ViewSonic’s contrast ratio sits at
1058:1, which is worse than both rivals, though it is still a good score
overall. 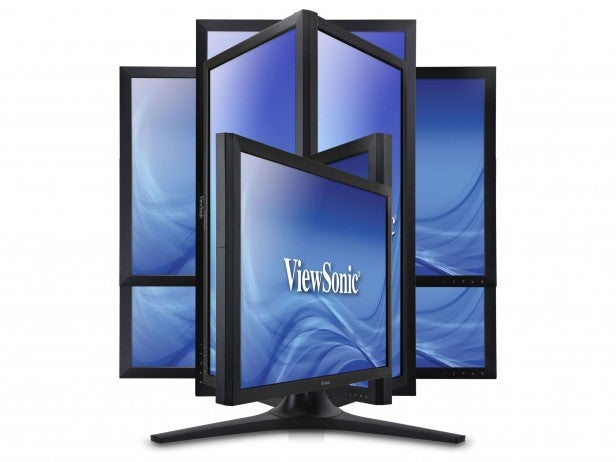 The extreme brightness level is just too high
out of the box, but it’s easily rectified. We toned down the brightness
to a more reasonable 133 nits, which saw the black level drop to 0.12
nits – virtually as good as both other screens. The contrast ratio
improved to 1,108:1, and the Delta E improved to 0.79.

That
revised contrast still doesn’t match the figures from the Samsung and
BenQ screens, but it’s still a very good result. The ViewSonic’s far
better colour accuracy makes up for the contrast figures, too, and
provides a keen balance that’s good for work.

We’ve no reason to
doubt the ViewSonic’s gamut coverage levels, either. The VP2780-4K’s
sRGB coverage level of 97.2% is on par with its rivals, and its Adobe
RGB result of 78.7% is reasonable.

The upshot is that this is an
excellent choice of monitor for those
seeking top-notch image quality straight out of the box, with no need
for manual calibration. Just drop the brightness and away you go – ideal
for the enthusiast looking to take that next step or even for pros who
know they won’t be working in AdobeRGB (i.e. image for magazine printing).

Several of the ViewSonic’s screen modes are designed to make work easier but, as ever, quality is mixed.

The
best are the sRGB, EBU and NTSC modes – while these aren’t designed to
produce stonking results in benchmarks, they’re included to allow for
those who work with broadcasting, video editing and other specialised
fields.

The text mode’s colour temperature is warm, at
4,766K, and the brightness sits at 374 nits – those figures combine to
produce colours that look oversaturated. The revised Delta E of 2.29
isn’t much cop, either, when compared to the ViewSonic’s previous
performance. It’s even worse in web mode, where the brightness leaps up
to 434 nits and the Delta E declines to 4.89.

More lighthearted
screen modes aren’t much better. The game mode ramps up the brightness
and has poorer Delta E and colour temperature results than the ViewSonic
managed at factory settings, with the movie mode going further in this
direction.

Along with its excellent colour accuracy the ViewSonic has very good screen
uniformity. Its poorest performance along the top edge came in the
right-hand corner, where the screen lost 6% of its brightness and the
colour temperature rose to around 6,600K, and along the top of the
screen the Delta E topped out at 2.19 – an isolated score that’s still
impressively low.

The middle of the screen proved similarly
successful: its poorest brightness result was a loss of 6% on the
right-hand side, and the Delta E and colour temperature barely budged. Along the bottom edge the brightness dropped by 8%, again on the right-hand side, but that’s still a good result.

The
ViewSonic’s uniformity is noticeably better than its competitors. The
Samsung’s 32in screen saw its brightness deviate by almost 13% at its
poorest points, and the BenQ lost a little more than that.

Input
lag is also impressive. The ViewSonic’s average of 9.9ms is around three
times better than its two rival screens. This is no dedicated gaming
panel but, if you indulge in some after-hours gameplay, it’s got the chops for fast-paced titles. 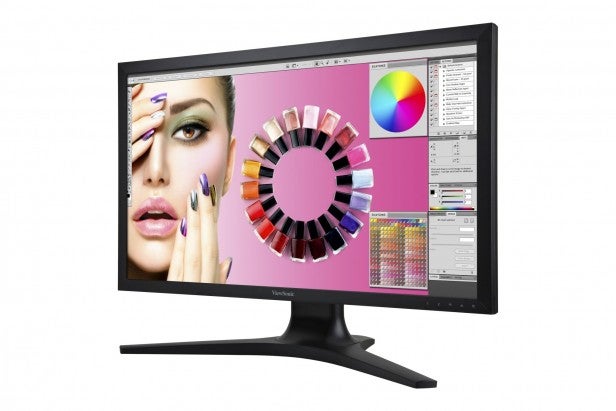 ViewSonic’s latest screen has fantastic colour accuracy and temperature, decent contrast and better uniformity than most
rivals, and it’s got just as much versatility as those competitors,
because of its good ergonomic options and reasonable connectivity.

Many
of its screen modes don’t improve on its standard settings, but that’s
not a problem unique to this screen – and, when the ViewSonic offers
such quality out of the box, only those who need its specialist modes
will likely benefit.

The result is a monitor that is a clear step
up in almost all regards compared to your average IPS 4K screen, with
fantastic image quality and features on offer. Only the very top-level,
professional screens offer more, and even then the main advantage they
have is 100% AdobeRGB coverage, which is entirely unneccessary unless
you work in print publishing.

This performance is duly reflected
in its price, which although certainly high is competitive. If you
don’t need its sharpness and accuracy, its rivals are good office
monitors, but if you work with photography, video or other demanding
applications, the ViewSonic’s extra pixels and accuracy make it worth
the outlay.

Not convinced yet? Check out our round-up of the best monitors we’ve seen over the past year, or read our latest monitor reviews here.

It’s expensive, but the ViewSonic
justifies its price in several key areas. It’s got quality that trumps
rival screens in almost all departments, a high resolution and plenty of
versatility. Those doing normal office work just don’t need to spend so
much on a professional screen, but it’s worth the cash if you’re doing
colour-sensitive image or video work.