ViewSonic’s VP27 range has consistently impressed over the last few years thanks to its combination of a large IPS screen with good image quality and loads of features, all at a great price. With the VP2780-4K ViewSonic is taking thinks up a notch, packing in a 4K panel and ramping up the image quality. The result is a screen that has leapt from around £450 to £700. At this level it’s competing with established truly professional-grade monitors from the likes of NEC and Eizo, so the VP2780-4K has quite a lot to live up to.

Getting things off to a good start, the mighty 3,840 x 2,160 resolution isn’t the only impressive aspect of the ViewSonic’s specification. ViewSonic says this screen is ideal for photo editing, video processing and CAD/CAM tasks because of its 100% sRGB coverage levels. It can also handle 80% of the Adobe RGB gamut, which is a decent portion for a monitor that isn’t specifically targetting use in that wider colour space. That said, it does immediately mark this screen out as being limited in scope, with pros working in AdobeRGB needing to look elsewhere.

ViewSonic is otherwise so confident of this screen’s quality that each screen is individually calibrated at the factory – and each one is packaged with a sheet of those results. The paper provided with our test screen suggests this panel will perform well: its average Delta Es allegedly dip far under the 2.0 figure we look out for, and colour temperatures look close to the ideal 6,500K level. 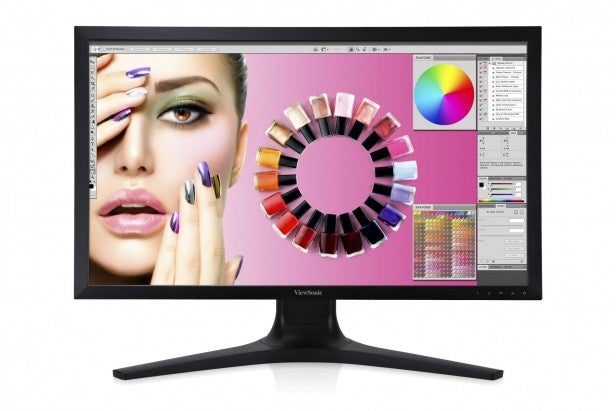 It’s a good start for this IPS panel, and it’s bolstered by strong connectivity. The HDMI 2.0 socket allows 4K signals at 60Hz, which isn’t possible using HDMI 1.4 connections, and it also allows 32-channel audio and a quartet of audio streams – not a major concern in a monitor but nice to have nonetheless. The ViewSonic also has DisplayPort 1.2 and four USB 3.0 connectors, although it doesn’t have a card reader or audio jacks – both features included on other panels.

All of these features come at a price: the £700 ViewSonic is more expensive than its most direct rivals. Both are 32in panels with 2,560 x 1,440 native resolutions, and both are cheaper: the Samsung S32D850T costs £470, and BenQ’s BL3200PT is ten pounds cheaper still. On the other end of the scale, the NEC EA244UHD may only be a 24in screen but it also offers a 4K resolution and includes 100% AdobeRGB coverage, but it stretches the budget further to £850. 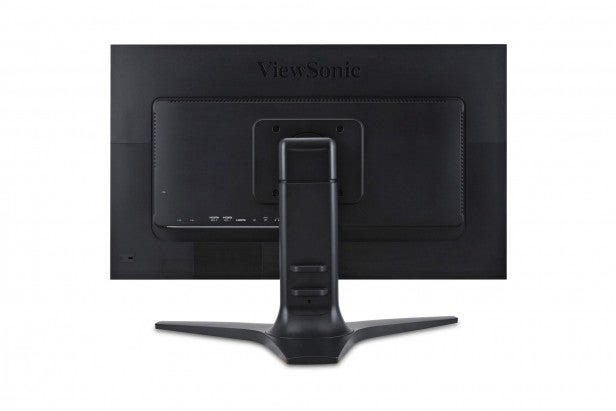 The ViewSonic doesn’t have the physical size of its 32in rivals, but it’s got them both beat for pixel density. The VP2780-4K serves up a pin-sharp density level of 163ppi, which is far beyond the 92ppi of the Samsung and BenQ screens. That means images and text is sharper, but it also means you’ll have to scale Windows up to make it usable without squinting – so the resolution certainly has its pros and cons.

The screen can be swivelled, pivoted and tilted, it’s compatible with 100mm VESA mounts, and there’s 150mm of height adjustment. It can swing around to portrait mode, too. The ViewSonic matches the BenQ for movement, and it’s got 20mm more height adjustment than the Samsung.

There aren’t any speakers, though, and that’s not our only minor niggle. The ViewSonic’s large triangular stand means it stretches 348mm from front to back, which is far more than the 232mm BenQ and 279mm Samsung, despite those monitors having larger screens. If you on a fairly compact desk it can really make your workspace feel cramped. 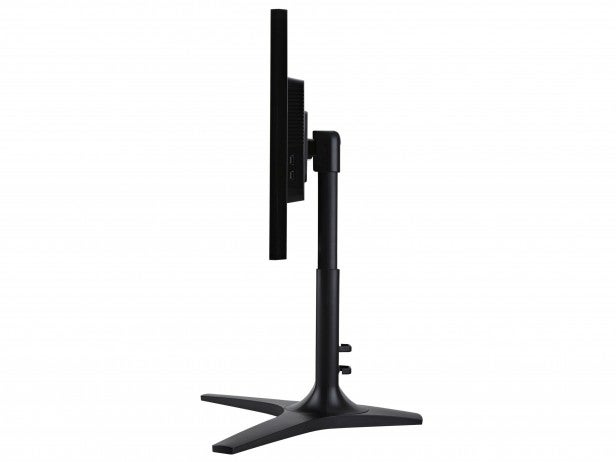 The ViewSonic followed an entirely conventional setup procedure – the stand was already attached when we heaved the VP2780-4K from the box, and we just had to attach the base with one screw. The screen’s depth doesn’t help, but at least the VP2780-4K is relatively light; its 8kg weight makes it more manageable than the BenQ and Samsung, both of which weigh at least 12kg.

The on-screen menu is perfectly usable, but it’s underwhelming compared to efforts elsewhere. It’s small, low-resolution and pops up in the middle of the screen, though it can thankfully be moved to the corner – nearer to the touch-sensitive buttons in the bottom-right corner.

OSD options are organised sensibly, but the four buttons don’t make things easy – they’re labelled with numbers or arrows, and that’s it. The BenQ served up an innovative controller to navigate its menus, and the Samsung’s slicker software was configured with physical buttons that had clear icons.