Monitors are a little less susceptible to fads than many areas of tech. They’re not immune, though – 3D and packing in headline-grabbing IPS panels without necessarily supplying the image quality associated with such displays are the main offenders of the moment.  The Viewsonic VP2765-LED stays clear of all such nonsense, offering great image quality and excellent build at a very reasonable price.

This is a 1080p 27in monitor that exudes seriousness and solidity. Its styling is simple, with a look less sumptuous than the Samsung SyncMaster S27A550H and much less shiny than the Iiyama E2773HDS. If your computer room is a temple of chrome and glass surfaces, this monitor is probably not for you. It’s finished in lightly textured matt black plastic, avoiding fingerprints much more successfully than the many glossy designs out there, but it’s practical rather than beautiful. 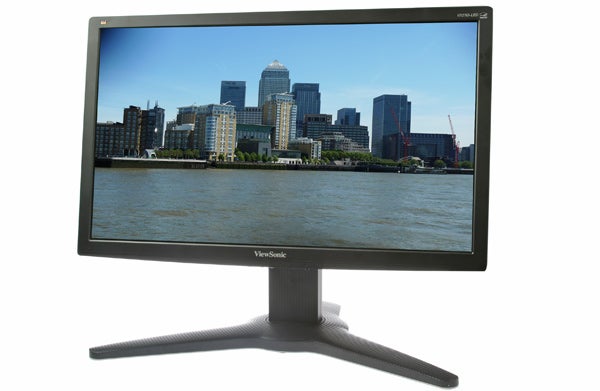 That’s not to say it doesn’t have its own particular “look”, though. The giant stand of the VP2765-LED gives it a very imposing presence and makes sure it takes up a lot of desk space. This three- toed foot is around 40cm from front to back. It’ll refuse to be crammed into a tight corner, but gives the monitor immense stability, which is further boosted by the hefty 8.5kg of this beast.

The functionality of the stand it excellent too. It lets you swivel the monitor around, move it up and down so that the bottom of the screen’s between 8.5cm and 23.5cm from the surface it’s on, and tilt the screen back and forward, five degrees forward to 20 back. The screen can also be turned 90 degrees, for portrait viewing. So while some space is needed to accommodate the VP2765-LED, it’s very flexible about how it sits. Like an immensely long-limbed person who’s also a Yoga pro. 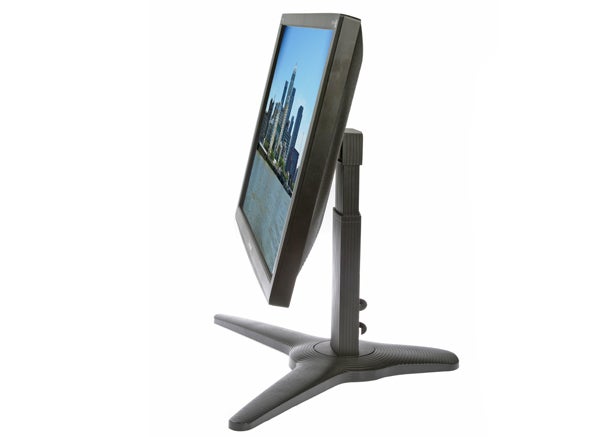 The construction is all-plastic, but feels very strong. Textures used throughout seem to want to push this ideal too – the corrugated-style ribbed finish on the stand and almost leather-effect texture of the back scream “prod me, I’m hardy as nails.” Function is valued over form here, but the execution of its form is no bodge job. There are four powered USB 2.0 ports on the monitor, two on the left edge and two on the back, and three primary connections alongside. You have VGA, DVI and Display port sockets to choose from. We’d ideally have liked to see a standard HDMI port or two alongside, but as the Display port is there, it’s a minor quibble. 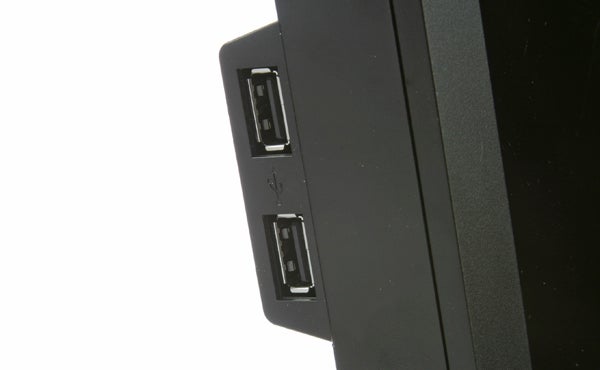 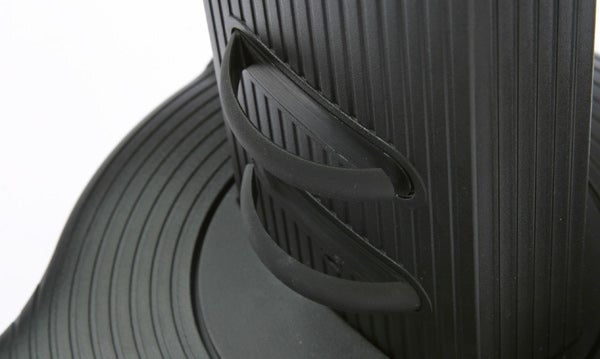 There are few feature frills here – no internal speakers, no 3D and no HDMI switching to give the VP2765-LED home cinema cred. But you can feel the additional pounds of its £330 price in the build. There’s no mistaking it – this is a top-quality monitor.

2011 has seen large-screen monitors tumble in price, thanks to the aggressively-priced efforts of folks like Hazro and their HZ27WC. The VP2765-LED doesn’t use this panel technology, however, instead opting for an Advanced MVA display.

This latest-gen tech from AU Optronics attempts to improve upon the viewing angles of previous-gen VA panels to offer a good, fairly cost-effective alternative to e-IPS. And of course much better colour performance than cheaper TN models.

For the most part, it works very well. Viewing angles are near-perfect, with none of the ugly, major contrast shift you’ll see in entry-level monitors. Colours do become a tiny bit washed-out when the VP2765-LED’s screen is viewed from an angle, but performance is easily good enough to make crowding a few people around this 27in monster for movie-watching or game-playing perfectly viable. 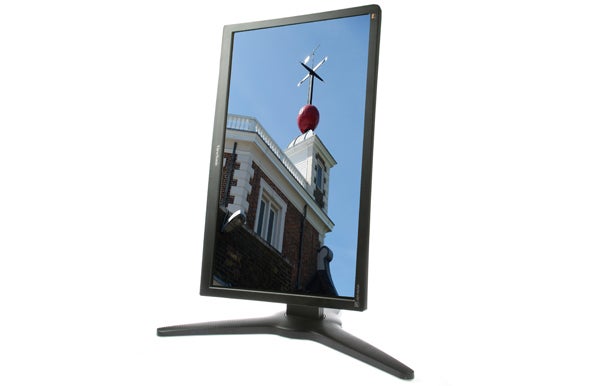 The best performance comes from viewing the screen straight on. Viewed like this, colours are rich and natural, contrast is great and blacks are fairly deep. Crucially, there’s also very little of the backlight bleed we saw earlier in the year in Hazro’s IPS monitors. And it doesn’t suffer from the reflection issues that plague glass-fronted screens.

There are naturally some image customisation options, accessed using an OSD operated using the five buttons that sit subtly under the front of the monitor. We found using them a little fiddly, but as most people set up a monitor to a single favoured configuration, it’s no biggie. There are the standard colour temperature modes (sRGB, 9300k, 7500k, 6500k, 5000k) plus manual RGB adjustments and sharpness, brightness and contrast dials. Within the manual setup menu there’s a dynamic contrast mode, which as usual claims a gigantic, and ridiculous, ratio figure – of 20,000,000:1. Complete nonsense of course, but the standard contrast is good. 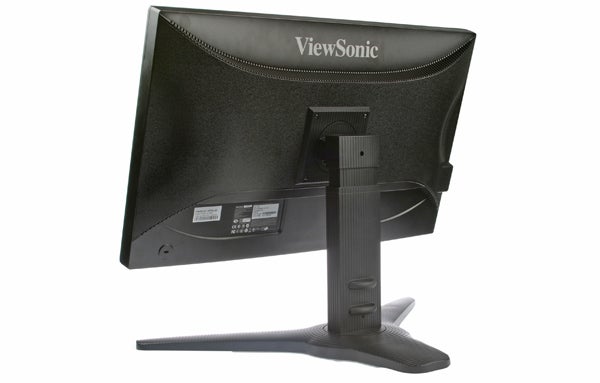 The backlight is LED, which keeps power consumption down. A key downside of the screen tech used here is that the response time is not particularly quick when compared to TN and IPS screens. Viewsonic states a 25ms response time on its website, and the results of this are quite clearly visible when tested, with clear trails resulting from movement under high contrast. If you want an FPS gaming monitor, this isn’t perhaps the ideal candidate, though it’ll still suffice up to a certain level.

The VP2765-LED is aimed at graphics professionals rather than gamers, which helps us to forgive the slower speed. We do still wonder whether these graphics professionals would be happy with a 1080p panel, when many 27in models offer higher resolutions. Granted, you’d need to spend a couple of hundred pounds more to enter those big leagues.

This limitation does mean that the VP2765-LED is stuck in a slightly awkward position. The AMVA panel offers good performance, but will that be enough for the pros? And as it’s significantly slower than an IPS monitor, we doubt whether it’ll attract many gamers looking for an upgrade from the TN doldrums. Still, if your needs based around graphics or photography, and you can’t stretch to the £550 of something like the Samsung S27A850D, we found the image quality less problematic than the Hazro HZ27WC thanks to its less troublesome LED backlight.

Viewsonic’s VP2765-LED is aimed at graphics professionals and uses a AMVA panel rather than the IPS screens used in many trendy products of late. However, you don’t lose out much in image quality, with vibrant colour, good contrast and great viewing angles. The 1080p resolution feels a little low given its intended audience, and response time is a little slow for the gaming crowd, but excellent build and the high-quality panel make it worthy of a place on the audition list.