The ViewSonic’s factory settings didn’t exactly inspire confidence. The brightness of 386 nits is superb, but it’s undermined by the 3.56-nit black point – that’s just far too high, and a result that caused a terrible contrast ratio of just 108:1. Those poor scores have a big impact on real-world usage. The deepest blacks appear as mere dark greys, and it’s tricky to tell apart different dark tones. Colours throughout the range lack punch, and the whole screen appears pallid. It’s disappointing on the desktop, and it means games lack vibrancy.

That wasn’t the end of the ViewSonic’s factory settings woe: the colour temperature of 7003K was too cool, and the average Delta E of 7.33 is wayward. That colour temperature result caused obvious problems – again, there was a lack of punch to our test images.

Thankfully, easy tweaks saw the ViewSonic improve. Turning on Dynamic Contrast helped: the brightness dropped to a still-ample 234 nits, and the black level was reduced to 1.04 nits – two figures that gave a revised contrast ratio of 225:1. Colour temperature warmed up to 6757K with Dynamic Contrast activated, and the average Delta E of 2.45 was better.

While those figures are improved, they’re still not able to match the Samsung S24D590PL. That’s not a gaming screen, but it’s got an excellent contrast ratio of 1227:1 and a superb colour temperature of 6559K. The Samsung fell behind in colour accuracy, though, thanks to a poorer Delta E of 8.01. 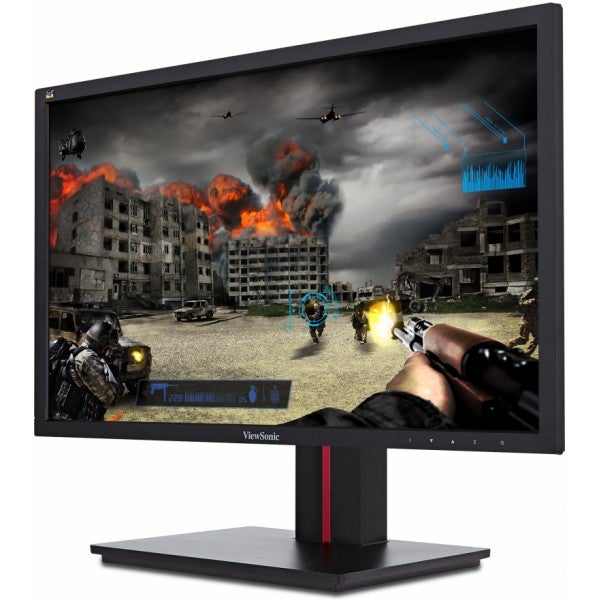 The key screen option, called Game Mode, is activated by pressing the bezel’s upwards arrow. It’s designed to improve visibility by brightening darker scenes, and our benchmark results don’t quibble: with this option activated the brightness jumped to a retina-searing 388 nits, but the black level leapt to 6.7 nits.

That does light up darker areas, but it also exacerbates the ViewSonic’s biggest issues – blacks are greyer and more insipid than ever, and the lack of depth hampers the punch of every other colour.

The ViewSonic’s uniformity disappointed. The screen lost more than 10% of its brightness along its bottom edge, and it lost a similar amount in its top corners, too. Its white point variation was better – in lost a maximum of 5%, with that result coming at the bottom of the screen – but it’s still a poor overall result.

We calibrate screens to discover their “best case scenario” performance but, even here, the ViewSonic couldn’t match the best panels. Its calibrated Delta E of 1.68 is good, but its colour temperature of 7,395K is still too cool, and the black point of 1.75 nits still disappoints. Viewing angles were consistently reasonable, too, although the amount of versatility in the stand means it should be possible to get the ideal position no matter where you’re sitting.

Few of ViewSonic’s benchmark results impressed, but we’d prefer to use the Dynamic Contrast mode if forced to choose. Its scores were far better than the VG2401mh’s factory performance, and this mode served up the best balance between colour temperature and accuracy alongside contrast and brightness. 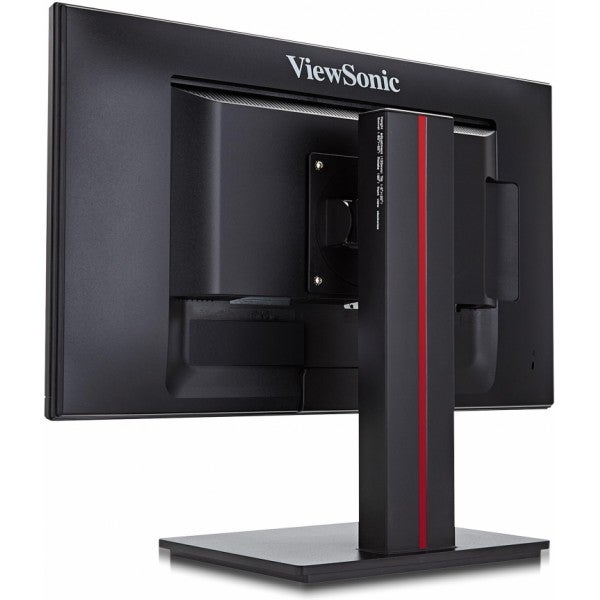 The VG2401mh comes with three different modes for input lag – Standard, Advanced and Ultra Fast. We tested using our Leo Bodnar Lag Tester, but found that the ViewSonic’s performance different differ much between the three modes.

With Standard mode selected the VG2401mh’s input lag sat at 22.3ms. That marginally dropped in Advanced mode, to 22.5ms, and then improved to 22.2ms with the Ultra Fast option selected.

They’re all reasonable scores, but they’re not great – only when a screen dips below 20ms do we consider it excellent. It’s not as good as the Samsung, either, which averaged 17.2ms in the same tests.

It’s still a decent result, and it’s enough to sate most gamers – but pro players and ultra-competitive first-person gamers may notice a little lag when they’re taking aim. 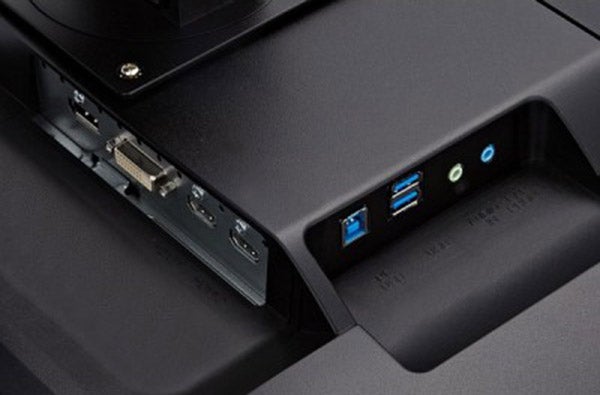 Should I Buy the ViewSonic VG2401mh?

ViewSonic makes big claims about the gaming prowess of its latest screen, and it’s got to back those up with good performance – especially when its £251 price sits above many other 24-inch, 144Hz screens available right now.

We can’t fault this screen’s 144Hz performance, as it whizzed through our games tests without any hint of artefacts or ghosting, and we like the exterior, which is strong and versatile.

In other departments, though, the VG2401mh didn’t live up to our expectations. Input lag is good rather than great, and image quality could only manage an average standard once we’d fiddled with the settings. The Game Mode ramps up the brightness, but does so at the expense of colour accuracy and contrast.

The success of the 144Hz mode means that this screen is only worth buying if you’re a competitive gamer who wants the edge provided by those extra frames. For everyone else, a more traditional screen is a better bet.

The ViewSonic’s key 144Hz mode works well, and it’s a sturdy, versatile bit of hardware – but it leaves a lot to be desired in other departments. Screen quality is merely average, input lag could be better, and other 144Hz screens are cheaper.