What is the ViewSonic VG2401mh?

ViewSonic’s latest monitor is aimed directly at gamers. The VG2401mh has a 144Hz mode that vastly improves the refresh rate when compared to all those 60Hz screens out there, and it’s also got a gaming mode that promises to up the brightness to illuminate dreary scenes.

Its £251 price is a little high, though, when compared to other 144Hz panels – so it’ll have to impress if it’s to convince us that it’s the next must-have peripheral for keen gamers. 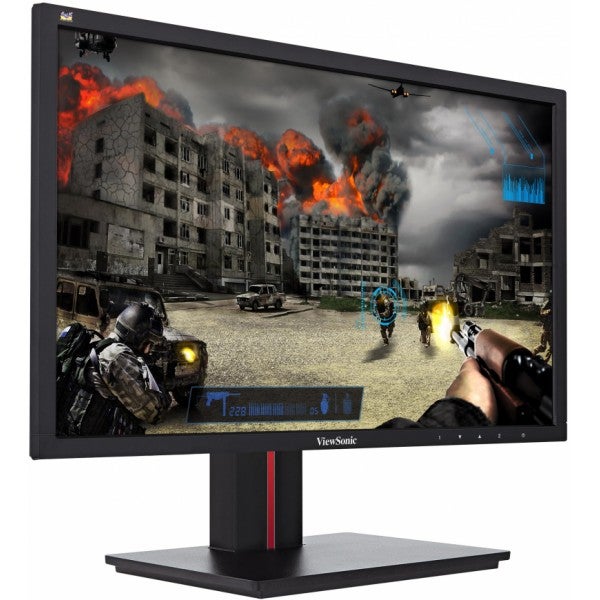 ViewSonic’s gaming screen has an unremarkable 1920 x 1080 resolution and a 24-inch diagonal – instead of concentrating on huge pixel counts, its big selling point is its 144Hz refresh rate. That’s designed to redraw the screen at more than twice the speed of normal 60Hz panel, which means that gameplay looks smoother – a boon for fast-moving, high-intensity games.

It’s the sort of feature that’s particularly appreciated by hardcore gamers, as they’re the kind of people who’ll notice the difference in a 144Hz screen – those playing slower-paced games, such as strategy or simulation titles, won’t benefit.

It puts more demands on your PC’s hardware, too, as it has to push frames out with twice the speed. That means you’ll need a high-end graphics card to get the most out of this panel.

We were impressed with the VG2401mh during games tests: Battlefield 4 and BioShock flew by without any hint of ghosting or artefacts, and gameplay looked silky-smooth.

The Full HD display is made from a TN panel with an LED backlight, which should make for better response times – perfect for gaming, and ideal for 144Hz technology. Elsewhere, TN screens promise great brightness.

It’s a gaming screen, but the VG2401mh is a plain-looking product. The stand is made from matte material, and the only hint of the flair we’re used to seeing on gaming products comes from a vertical red stripe down the stand.

The VG2401mh doesn’t scream about its gaming pretentions, but there’s no denying its versatility. The screen can swivel to portrait mode, and the panel slides up and down that stand to offer a good amount of vertical adjustment. Tilting and swivelling support is included, too, and the screen supports 100mm VESA mounts. Build quality is good throughout, too – the ViewSonic never felt less than solid.

There are two HDMI 1.4 connectors, a DisplayPort 1.2 socket and DVI-I, and the side serves up two USB 3 connectors alongside the USB plug to connect to the PC and a couple of audio jacks.

Two 3W speakers are buried into the ViewSonic’s chassis, but we’d rather use external audio kit. They’re extremely loud, but lack subtlety: there’s no nuance to the thumping bass, and the mid-range sounds thick and muffled, as if it’s underwater. 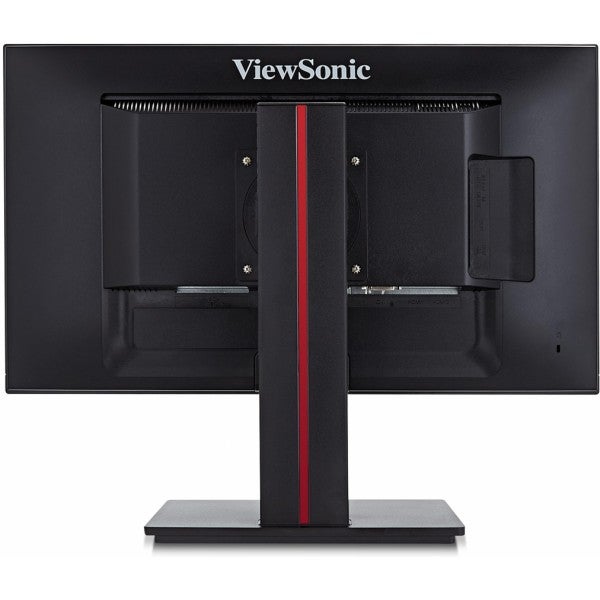 Building the ViewSonic was easy. The stand was already attached to the screen when we hauled the VG2401mh from the box, and the base was fitted with a screw – it’s just a matter of combining the pair and securing the base.

The buttons aren’t buttons at all – they’re touch-sensitive pads in the bottom-right corner of the bezel. They’re just numbers and arrows, so they don’t appear as intuitive as the buttons on Samsung’s screens, but ViewSonic always provides context-sensitive prompts to act as a guide.

The on-screen display appears in the middle of the screen, and it’s reasonably well organised – most of the relevant screen options are held inside one menu, and it’s easy enough to skip up and down. It’s not the most attractive menu system we’ve seen, though, and it’s not the fastest either – there’s often a little bit of lag before options take effect, for instance.