22in LCDs are all the rage these days. Mirai started the ball rolling with its DML-522W100, IIyama followed with its ProLite E220WS and now Viewsonic has sent us its VG2230wm.


It’s quite a looker too. I’ve had issues with Viewsonic styling in the past, but there’s nothing to upset me here. In fact, of the trio of 22in displays I’ve seen this one is the definitely the most stylish. The bezel is surrounded by silver edging, which curves outwards at the top centre and at the bottom on both sides. On the right hand side this curvature accommodates one round button and four longer ones, again with a shiny silver finish. The former is for muting the speakers while the others are for controlling the OSD. The silver theme is added to with two more touches, the power switch with a cool blue light at its centre and the Viewsonic logo above this. The classic Viewsonic pelicans are located at the top left. 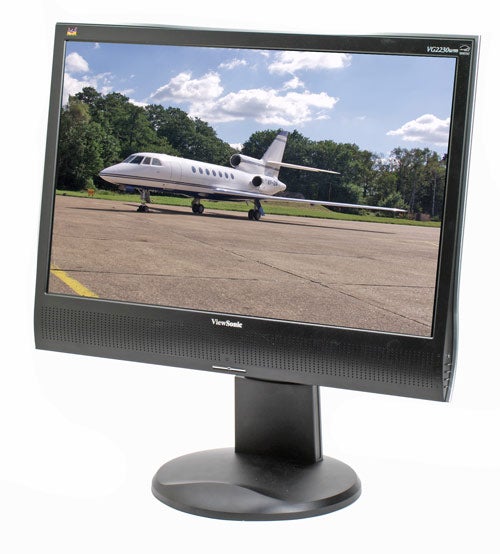 The Viewsonic makes a real feature of its built-in speakers, which are quite evidently underneath the logo. Round the back you’ll find DVI and D-Sub ports, along with an audio input for the speakers. There’s no HDCP compliance listed for the DVI socket in the documentation, which will be a problem if you plan to watch HD DVD or Blu-ray on your PC.


The stand has two ties for cable management and best of all it has height adjustment, which is a major differentiator from the Mirai and IIyama. And when I say it has height adjustment, it really has height adjustment. It’s doesn’t go as low as the Dell 2407, but it does go a lot higher – in fact higher than any monitor I’ve seen. If you’re a giraffe, this is the screen to get. The display can also fully pivot with only the cables attached preventing it from spinning a full 360 degrees. The clever part is the way Viewsonic has done this. On say, the Dell 2407, the monitor stand rotates inside the base. On the VG2230wm it’s the whole monitor that turns round – Viewsonic has simply weighted the base and made it circular so that it can spin. It’s neat and effective and obviously cheaper too.

When it came to setting the screen up, I quickly discovered that while the OSD buttons at the bottom right look cool, they’re a serious pain to use. The problem with having them discreetly placed on the right hand side is that they’re hard to access and you really need to crouch right down to see what you’re doing. To start with I found it awkward and fiddly to use which is telling as I’m familiar with the layout of the Viewsonic OSD. I missed the easy to use forte Manager software supplied with the LG L1900R Ring Monitor.


From the OSD you can adjust the colour temperature, and contrast and brightness unless you’re using the sRGB setting, which locks them down. You’ll probably want to adjust the colour temperature depending on your ambient conditions, as it does have a dramatic effect on the way the displays looks. The 9300K setting made the screen look overly blue, so I switched between using 5400K and the sRGB settings, depending on ambient light conditions. 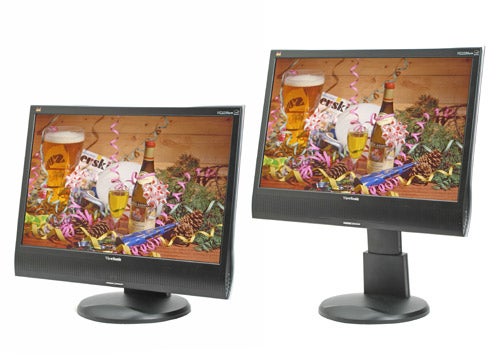 The panel is only 6-bit, so is limited to 16.2m colours using dithering techniques. However, while colours weren’t necessarily accurate, they were pleasingly vibrant making this a screen you’ll enjoy looking at.

With its widescreen ratio and its 1,680 x 1,050 resolution, it’s a great screen for gaming on, as long as you’ve got the 3D horsepower to keep the frame rate up in the latest games. The images were smooth and lag free, not that I’ve seen a LCD recently that had a problem with lag.


Playing video revealed one of the displays deficiencies – its vertical viewing angles. When standing up to watch video, you lose a lot of contrast due to the colour shift but it does do a better job at the sides. 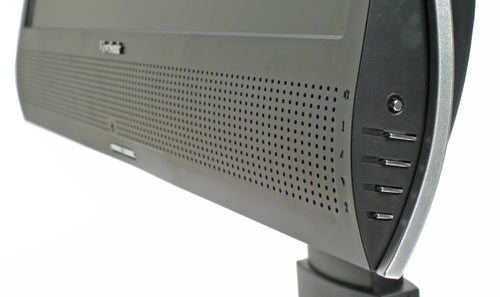 The brightness is rated at a decent 280cd/m2, and it does seem quite bright. However, there were noticeable areas of uneven brightness, with dark patches in the corners and towards the right hand side. These were revealed on a bright blue Windows desktop and in the red of our DisplayMate tests.


Overall though, it put in a good DisplayMate performance. There was hint of compression at the top end of the colour scales and it could only just about display the darkest steps at the low end, but it did make it. This is a display that will look better in the dark, giving its dynamic range the best chance to shine.


In general Windows use, the VG2230wm impressed with its sharpness, with even small text appearing crisp, defined and easy to read.

With the large size of the speaker grille beneath the screen I was hopeful that the sound quality would be an improvement over the usual integrated fare. However, I was to be disappointed – even for two watts the sound is quite remarkably thin and weak, with no mid-range or bass.


The Viewsonic is a good monitor with the size, resolution and image quality all making the grade. It’s not an issue that at £301.23 it’s more expensive that the Mirai or the IIyama, as on balance it pips both of them for looks and picture quality. It’s more that the Samsung SyncMaster 215TW, one of the best screens we’ve ever reviewed, is now only around £50 more. Of course with the Samsung you’ll have to give up an inch of viewing area, but you’re gaining superior image quality, pivot mode, an HDCP DVI input and component video input too. For me, that’s worth saving up for and I’d be willing to sacrifice having a slightly larger size. 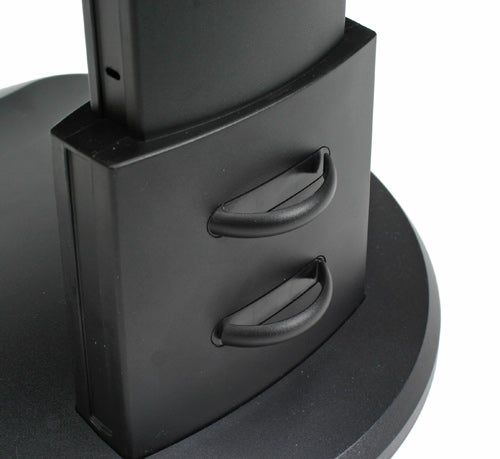 However, £50 is still £50, so on that basis the Viewsonic is worthy of attention, especially if its price comes down further.


The problems with the Viewsonic are that the contrast could be better, the speakers are a disappointment. However, the brightness, sharpness and vivid images are all a plus as well as its height adjustment, screen size and resolution. The Viewsonic VG2230wm is a good screen and the pick of the 22in bunch, but you’ll have to decide if you should pay more for the slightly smaller but even better Samsung 215TW.


The best 22in screen I’ve seen so far, with generally impressive image quality, and height adjustment, tilt, and rotation. However, it’s more expensive than the competition too but the real problem is that the superb Samsung 215TW is now breathing down its neck in the price department.