Although predominantly a PC-oriented brand, the new Pro8100 is certainly not ViewSonic’s first home theatre projector. Far from it. But first impressions suggest that it could well be the brand’s most serious home cinema effort yet.


Take, for example, its looks. Not to put too fine a point on it, it’s absolutely huge; as in the sort of size you’d normally only expect to find at the very highest echelons of the projection world. 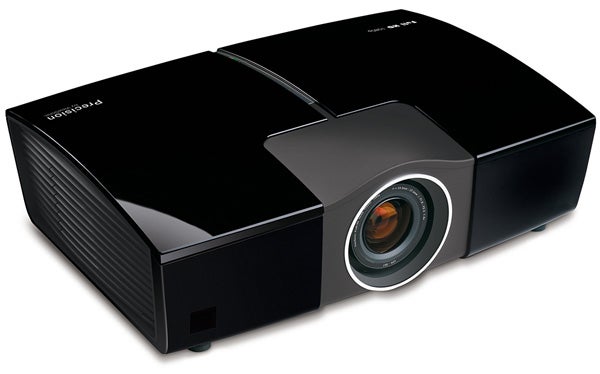 Its design also helps it look kind of serious, with its tapered-in sides and curved upper lens barrel, together with a glossy black finish, vaguely recalling the bonce of a certain Mr Darth Vader. Though unlike Mr Vader (sadly), the Pro8100 can also be had in white, grey or burgundy if the black scares you too much. The lens is also very large, again hinting at an impressive lack of compromise in the projector’s optical engine.


There’s yet more good news with the Pro8100’s connections, which are led out by two HDMIs, both built to the new v1.3a standard. This makes them compatible with the new Deep Colour picture format starting to become exciting now that both JVC and Panasonic are promising to launch camcorders able to record in it.


Two component video inputs are also on hand for analogue HD or progressive scan sources, as well as a D-Sub PC port, an S-Video jack, a composite video jack and a healthy array of system-building aids (namely a USB, an RS-232C port, and a 12V trigger output).

The full extent of the Pro8100’s seriousness, though, isn’t revealed until you start setting it up and stumble across what’s potentially the most extensive suite of picture features ever seen on a sub-£3k projector.


There’s so much to get through here that it’s actually difficult to know where to start. Video processing duties, for instance, are undertaken by the widely respected Silicon Optix Reon video scaler, with HQV (Hollywood Quality Video). This system – usually only found on far costlier projectors – should help reduce the sort of noise that can accompany both high and standard def sources alike.

Yet more clever processing studies images right down to pixel level in a bid to spot and remove any blurring, while also adding contrast locally to make details stand out more clearly.


Then there’s the projector’s auto-detection system for adjusting its motion processing to the different demands of film, video and TV sources. And an auto-iris system which analyses the picture to figure out when it’s worth dimming the backlight a bit in order to produce better black levels. Thanks to this auto-iris, the Pro8100 claims a very respectable maximum contrast ratio of 13,000:1 from the C2Fine 3-LCD panel at its heart.

It should be pointed out, too, that this panel is a full HD affair, delivering a 1,920 x 1,080 pixel count perfectly suited to the majority of the UK’s HD sources. What’s more, the projector provides the option to deactivate all overscan processing, so that you can render 1,920 x 1,080 sources perfectly, pixel for pixel.


The Pro8100 also lets you tweak just about every single element of its pictures to within an inch of their lives. This is particularly true of colours, where options available to you include the facility to improve colour transients, adjust skin tones by selecting the ones you want to tweak from the picture, and mess with the overall colour saturations and tones to an almost infinite degree.

As if all this wasn’t enough, there are no less than 33 individual levels of gamma correction for studio-grade colour calibration and grey scale optimisation.


Regarding other facets of the picture, black levels can be adjusted to any of five presets, including our favourite ‘blacker than black’ option, plus there’s an Eco mode which boosts black level response at the same time as increasing the life of the projection lamp and making the projector run more quietly.


You can additionally adjust the picture’s sharpness, brightness (up to 1,000 ANSI Lumens), contrast…really, there seems to be nothing that ViewSonic isn’t happy to let you play with.

Obviously all these available adjustments could mean that the Pro8100 has the potential to be rather complex for a novice. But you don’t have to delve deep into all these tweaks if you don’t want to. In fact, just ‘point it at your screen and go’; the Pro8100 is more than happy to help you out via such handy tools as motorised vertical and horizontal image shifting, an exceptional amount of motorised optical zoom (meaning the projector can work in a small room, despite its megalithic proportions), and plenty of keystone adjustment for getting the edges of the picture straight.


I don’t mind admitting that so far the Pro8100 has left me feeling pretty impressed. And happily this feeling extends to its performance – at least once I’d got things set up right. 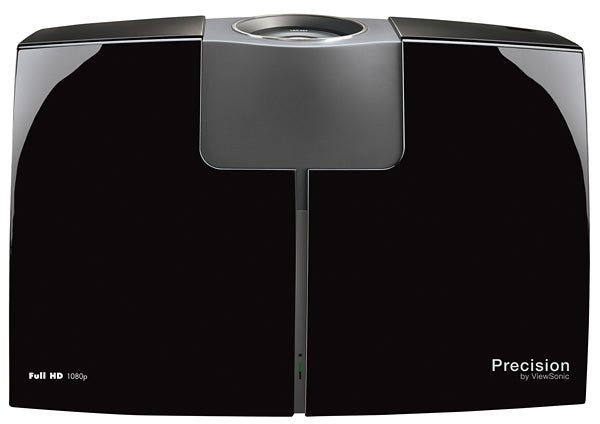 I stress this latter point because initially things looked anything but right. Even with the black level setting set to ‘blacker than black’, the colour tone set to normal or Warm 1, and the brightness and contrast levels set to what appeared to be sensible levels based on our test signals, the picture’s colours looked off. There was a strangely washed out look to everything, and a tendency for greens and yellows to look disturbingly over-dominant.


Thankfully I didn’t just leave things like this, and thought I’d give the Precision Colour System (PCS) a go. And activating it was like stepping into a whole new home theatre world – one which actually did have colours resembling those I’m used to seeing in the real world. 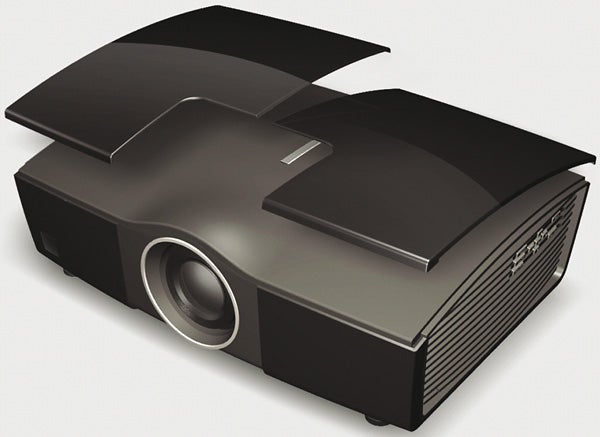 Skin tones become real, greens look in key with the rest of the picture, yellows no longer stick out like a sore thumb – basically, colours suddenly look kind of great.


In fact, with PCS taking the colour reins, the Pro8100’s pictures in general start to look very good indeed. For instance, with the new-found colour naturalism comes an appreciation of just how rich and vibrant heavily saturated parts of the picture can be. The sun-drenched scenes in the Bahamas in the Blu-ray of ”Casino Royale”, for instance, are sumptuously colour-rich and dynamic.

Also clearer with the colour tone sorted out is how emphatically detailed HD images look. The projector effortlessly picks out the weaves in the actors’ suits during the first ”Casino Royale” card game, and it does no harm to the feeling of clarity, either, that the full HD resolution allows 1080-line sources to be shown with seemingly no scaling noise. And of course, since the Pro8100 uses LCD technology you don’t have to worry about ‘the rainbow effect’ or motion dithering as seen on many sub-£3k DLP projectors.


That said, with LCD you DO have to worry about the notorious screen door effect, where the structure of the LCD panels is visible in the picture, and black level shortcomings. But here, too, the Pro8100 does rather well. 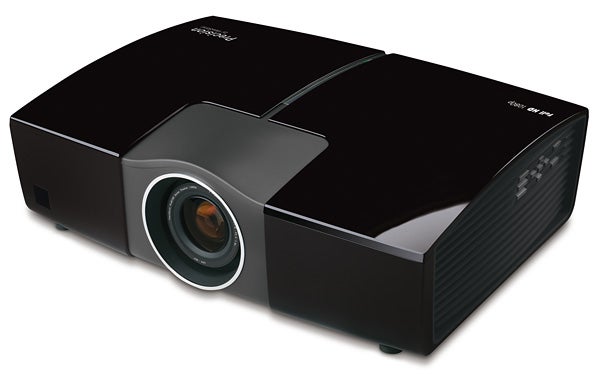 In fact, even on our 140in screen we failed to spot any ‘screen door’ impressions at all, even when watching the ultra-bright, rich graphics of ”Uncharted: Drake’s Fortune” on the PS3. And black levels get considerably deeper than with any LCD projector we’ve seen in recent times, avoiding much of the customary greyness and leaving dark scenes full of punch and shadow detail.


If we had to find fault with the Pro8100, we might say that a marginal lack of brightness during dark scenes – presumably caused by the machinations of the dynamic iris – can leave particularly dark bits looking a touch hollow. Also, with the image’s settings optimised for home cinema, we detected a tiny bit more noise in the picture than we’d hope for in a perfect world. Finally, very, very occasionally skin tones can look a tiny bit plasticky.


Don’t, whatever you do, let the fact that we finished the review with a little run of negatives put you off giving the ViewSonic Pro8100 serious consideration. Its good points outweigh its bad ones very comfortably indeed, and its unprecedented flexibility really can come in handy provided you’ve got at least a little idea about what you’re doing.


I’d actually go so far as to say that when set up at its best the Pro8100 is the finest LCD projector I’ve seen to date, and as such certainly warrants at least an audition against top, similarly priced rivals like the InFocus IN82 and JVC’s DLA-HD1.