After finally settling on a combination of the ViewMatch Colour mode, Brilliant Colour on 2 and the lamp on Normal for most of my viewing, the PJD7830HDL delivers a performance that borders on brilliant at times. However, it’s ultimately let down by a couple of distracting flaws.

Starting with the good news, the PJD7830HDL’s pictures are phenomenally sharp and detailed for a Full HD projector, with the DLP optics proving precise enough to pick out every pixel of detail from even the most pristine of Blu-ray discs. What’s more, ViewSonic’s projector does this without making the sharpness look forced and noisy, or putting too much emphasis on film grain. 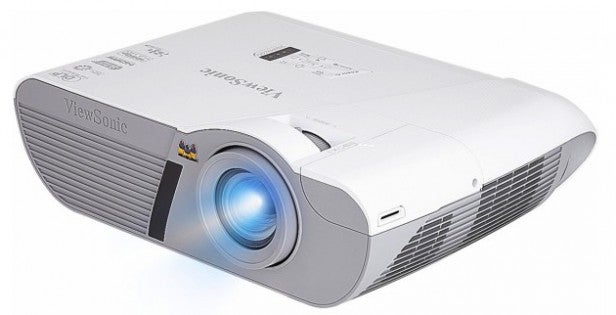 Just occasionally, especially with mid- to dark-green tones, there’s a slightly unstable look to the brightness of extremely detailed areas, but this is rare. It’s good to see that the edges of objects in the PJD7830HDL’s images never suffer with ghosting or stressing, either.

The PJD7830HDL also makes its mark with brightness. Its images enjoy huge amounts of “pop” for such an affordable projector – unless you use the Super Eco lamp setting – meaning that your eyes are drawn to onscreen action like moths to a flame when viewing in a dark room.

In fact, the levels of brightness and colour vibrancy the PJD7830HDL delivers also make it better suited than many budget projectors to rooms with a little ambient light – so much so, that I’d say such rooms are actually its most natural environment.

With the projector set up as described earlier, the PJD7830HDL is also capable of delivering credible colour performance. Richly saturated areas look punchy without becoming overblown, and there’s enough subtlety in the projector’s arsenal to ensure that skin tones never look patchy or plasticky, and that blends seldom succumb to striping. 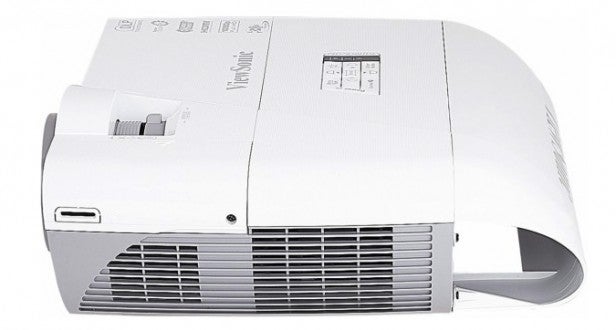 However, it’s a little disturbing how readily and by how far the PJD7830HDL’s colours slip “off message” with many of its picture presets.

To be fair, ViewSonic could argue with some justification that it has tried harder than most to offer settings diverse enough to make the projector adaptable to a variety of usage scenarios.

The problem is that by offering such “giant steps” with its key settings, the PJD7830HDL has made it difficult for all but the most patient of calibrators to make the sort of subtle changes required by someone only wanting to use the projector in one sort of setting. Especially if that setting is a dark-room cinema environment.

There are other problems too, now that we’ve stumbled into less positive territory. The least troublesome of these is some slight judder when the image contains a large, fast-moving object – especially if that object is moving within a camera pan.

Also uninspiring is the PJD7830HDL’s black-level response. Dark areas of the picture are routinely compromised by a grey, green or yellow “wash” – depending on your settings – even when you use the lowest-brightness Super Eco lamp setting.

In addition, while the Super Eco setting produces the most credible black colours, it tends to crush some shadow detailing in the darkest picture areas, as well as leaving colours looking a bit wan.

In the end, I found that the best approach was to run the projector on a brighter lamp setting, so that at least the brightest parts of the image were punchy enough to provide a disguise for the slightly washed-out look of the dark areas.

Easily the most troubling issue with the PJD7830HDL, though, is its susceptibility to DLP’s rainbow effect. The sad truth is that while you can reduce the intensity of the RGB striping using the Super Eco lamp setting as your starting point, you can never get rid of the problem to a truly satisfying degree.

Plus, with the projector set up to make the most of what  it can deliver in terms of brightness, the rainbowing is a near-constant companion, especially – although not exclusively – during dark scenes.

On the flip-side, the PJD7830HDL’s black-level and rainbow-effect issues are much less of a problem if you’re watching the projector in a non blacked-out room with little ambient light around. Hence my earlier suggestion that this projector is better suited to relatively casual living-room use than a permanent installation in a dedicated movie room.