We’re getting used to LCD prices tumbling faster than we can keep up with them. But even knowing that still doesn’t prepare you for the ViewSonic N4060w: a 40in LCD TV that’s yours for just £1250. Not only is that cheaper than every other 40in TV we’ve come across, but it’s also cheaper than a good number of 37in LCDs and even a few 32in LCDs! Which surely means there’s got to be a catch. Doesn’t it?


With LCD TVs getting more glamorous by the minute, there’s no denying that the N4060w is hardly going to win any design awards. Its concentric dark and light grey screen frames are hardly original, and they certainly don’t manage to disguise the fact that the set’s finish and general build quality feels on the cheap and flimsy side. 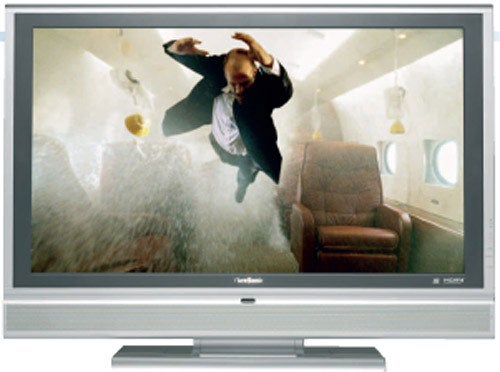 As an HD Ready TV, the N4060w inevitably includes among its connections HDMI and component inputs for digital and analogue HD signals respectively. Plus there’s an analogue D-Sub PC port, and an impressive three RGB-capable Scarts. Notwithstanding the fact that we’re always suckers for a second HDMI jack, this all adds up to a very credible socket offering considering for such an affordable TV.


The N4060w’s lowly price does start to show through as you explore its onscreen menus, though. For starters, the menus are rather bland, and react sluggishly to remote control commands. But it’s also noticeable how few genuinely interesting features the menus play host to; really all we could find worth even a passing mention are SRS audio processing, a basic picture in picture facility, and video noise reduction. Still, such feature stinginess is of course hardly surprising on a £1250 40in LCD TV. And actually the only feature we really found ourselves seriously missing was a digital tuner.

When it comes to screen specifications, the N4060w talks a surprisingly good talk. Especially compelling is the claimed 1000:1 contrast ratio, which holds up very well against most 37in-42in LCD rivals. The brightness claim of 500cd/m2 bodes well too, while the 1,366 x 768 native resolution confirms the screen’s HD Ready stance.


Fed our usual diet of various HD and standard definition sources, the N4060w proves no LCD TV classic, but at the same time certainly doesn’t disgrace itself given its budget positioning.


Starting with its good points, the screen pumps out wholly unexpected levels of brightness. If there’s one thing that tends to be common to many budget TVs, it’s that they’re not as bright as their costlier counterparts. But the N4060w bucks this trend in emphatic style, doing its best to make every last inch of the 40in picture look equally radiantly and intense. 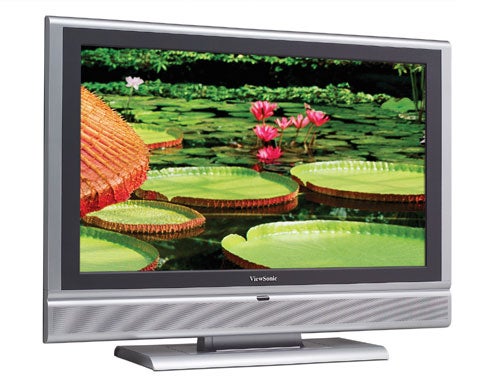 Not surprisingly this aggressively bright screen characteristic results in some spectacularly vivid colours and an immediately visceral picture that grabs your attention and holds it tight. Basically, when the N4060w’s on, everything in the real world looks kinda bland by comparison.


Yet oddly that’s not to say that the N4060w’s pictures necessarily look unnatural. With bright, colourful scenes, in fact, the TV’s pictures actually appear eminently believable; it’s just that they kind of look how you really want the world to look, rather than how it actually is.


The N4060w bucks another budget trend by presenting HD pictures that really do look very sharp and detailed. Even the subtlest details can be seen in the vast landscapes and intimate cities of Oblivion on the Xbox 360, while HD movies via a Sky HD receiver look suitably textured and crisp.


It’s a relief, too, to find the N4060w less troubled by nasty smearing of moving objects than we might have expected given its price. Even a full-tilt Wayne Rooney failed to cause the sort of response time issues still seen on some LCD TVs costing considerably more.

All these strengths actually get close to seducing you into believing that the N4060w is something of a home cinema dream come true. But the longer you live with it the more you see past the surface appeal and one or two cracks start to show through.


Dark scenes, for instance, suffer two problems. First, while the set actually has a decent stab at portraying believably deep blacks, those blacks look rather hollow and tend to adopt a slightly blue tone – a fact which inevitably doesn’t do the tones of other dark colours any favours.


We also feel that the picture deteriorates slightly more than it ideally should while watching standard definition, presumably because of deficiencies in the N4060w’s scaling capabilities. This deterioration isn’t all to do with the picture simply losing its crispness, either; it also seems to us that standard definition colour tones, even during bright scenes, don’t look quite as ‘right’ as they do during HD viewing. 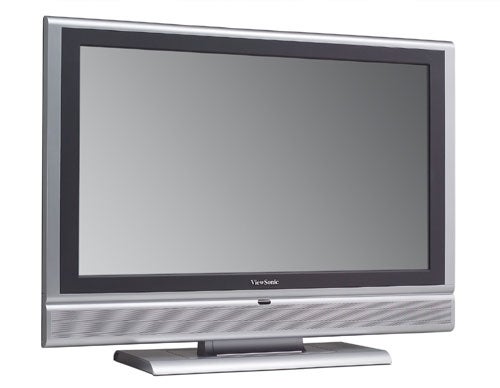 Our final niggle also occurs while viewing standard definition sources, and concerns some occasionally acutely over-cooked edges. By which we mean that edges of objects in the picture sometimes glimmer and stand out from the rest of the picture to quite a distracting degree. We managed to calm this problem down a little with judicious tweaking of the brightness, contrast and sharpness levels, but it refused to vanish completely.


First impressions of the N4060w’s sound are promising, as it sounds reasonably clear, smooth and detailed with normal ‘daytime TV’-type programmes. But the heavier demands of a decent film soundtrack soon expose a fairly serious lack of bass that can leave action scenes sounding harsh and flat. We were also more aware than usual of slight synchronisation problems between the set’s pictures and sound.


You’ve got to admire ViewSonic for having the chutzpah to make such a bold pricing statement as it has with the N4060w. But ultimately we have to say that if it were our £1250, we’d probably opt to spend it on a better 37in model instead.