The Vico-MF3 is the latest dash cam from VicoVation. The company’s Opia 2 was the first dash cam with a 1440p resolution video to be reviewed by TrustedReviews.

The Vico-MF3 continues this tradition, rather than improving upon it, although the physical design is markedly different. The price is also considerably less than the Opia 2, which makes it a great choice for any buyer looking for a dash cam with excellent video quality.

The Vico-MF3 uses the same Ambarella A12 chipset as the Opia 2, so there’s a 4-megapixel CMOS of unspecified size and identical recording format options.

VicoVation calls the Vico-MF3’s top recording format “2K Ultra HD”, but it would more accurately be called 2.5K. The top resolution is 2,560 x 1,440 at 30 frames per second, with a healthy 19Mbits/sec data rate. The Vico-MF3 even supports HDR at this resolution. 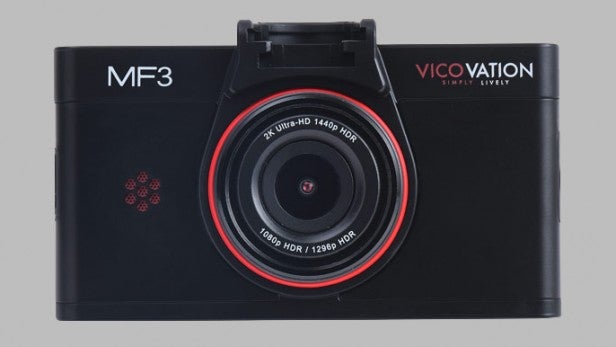 I’m not sure how useful it is to have so many format options in a dash cam. You tend to setup such devices and then just leave them running until there’s an incident and you need the footage. But there are plenty of options available if you do need them, particularly the high-speed ones. At the top resolution, a 8GB card will enough for just under an hour of footage before looping kicks in.

The mount is the standard suction cup, but there’s also an adhesive option in the box, which uses the requisite 3D sticky stuff. The usual lengthy power cable is included, in this case ending in a captured car cigarette lighter adapter. You won’t be able to hook up a satnav at the same time without an adapter.

The Vico-MF3 sports a large 3-inch display, with five buttons on the edges of the bezel: two on the left, three on the right. The red button on the top left is for marking events, which sets the current video file as not to be overwritten. This places that file in a separate Events folder on the microSD memory card used for storage. 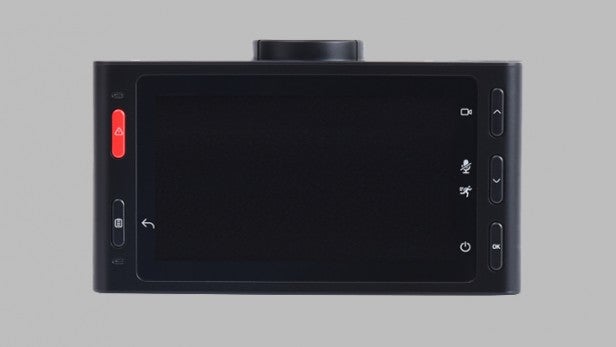 The menu button can be found beneath this. Here you can set the video resolution, play back your video recordings, configure the Smart Warning System (of which more below), and turn on parking surveillance.

There’s control over the sensitivity of the G-Sensor, which detects an impact incident and marks the current footage as an event automatically. You can vary the loop recording length between one, three and five minutes, with three being the default. You can turn the microphone off and on, and there’s even an exposure value control, with nine steps between -4 and +4 EV.

The Opia 2 was let down by its lack of built-in GPS, and the Vico-MF3 similarly doesn’t include this facility. Instead, an external GPS device is required, costing £35. Aside from tracking your location and storing it alongside the video, the GPS add-on also adds lane departure and forward-collision warnings, bringing the features of the Vico-MF3 broadly in line with the most capable dash cams.

As mentioned above, there remains a Smart Warning System section in the menu, even without the GPS add-on. This includes Speed Camera Detection, although this didn’t seem to do anything, since it probablyrequires the GPS and a camera location database. In addition, the VicoVation website implies this is only for Taiwan. You can set an alert for when you’re over the speed limit – although, again, without a GPS this won’t work. 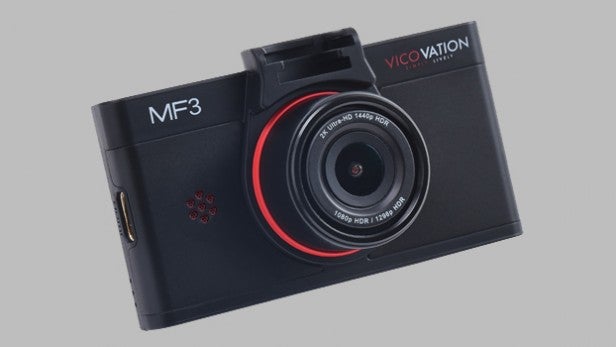 However, there are some features that will work without the GPS. The Lead Car Departure Alert detects when the car in front moves in stationary traffic and lets you know, in case you’ve stopped paying attention.

The Headlights-on Reminder will also function without a GPS, as will the driver fatigue alert. It’s just a shame the GPS isn’t built in, because if it was the Vico-MF3 would boast a relatively comprehensive set of features compared to the competition.

The Opia 2 is capable of some of the best dash cam video quality I’ve seen, so I had high hopes for the Vico-MF3, since it ostensibly uses the same CMOS and processing chipset.

During one test on a rather gloomy, rainy day, the Vico-MF3 still managed to tease out plenty of detail, thanks to its 1,440p resolution – which is impressive.

Colour fidelity isn’t superb, but you won’t generally be using a dash cam for shooting your next indie cinema entry to the Cannes Film Festival.

The most important factor of being able to pick out features, particularly number plates, is very much in evidence. You don’t need to be directly behind a car to see its registration. The numbers and letters will be visible at a reasonable distance and from an angle, too, which is great if you need to identify the culprit in an incident.

You can view a sample of footage from the Vico-MF3 here. 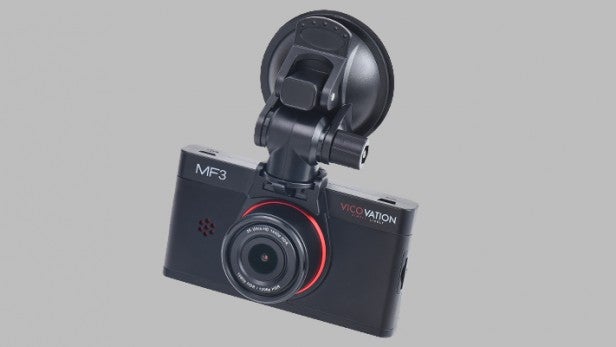 The VicoVation Vico-MF3 is a dash cam capable of decidedly impressive image quality, as dash cams go. It’s a shame that GPS is an optional extra, since installing this separately merely adds to your windscreen clutter as well as the total price. However, at £139 the Vico-MF3 isn’t hideously expensive, even if it isn’t a bargain either.

It would be great to see a version of the Vico-MF3 with a GPS built in, and maybe Wi-Fi as well. But if these features aren’t important to you, at least the most important factor – video performance – is up there with the best.

For the core function of identifying the vehicles (and people) around you in an incident, the VicoVation Vico-MF3 certainly delivers.

The VicoVation Vico-MF3 may lack a built-in GPS, but video detail is excellent, making it great for the core video-recording function of a dash cam.