Though Logitech, Microsoft and Razer are the big players when it comes to keyboards and mice, there are plenty of other manufacturers in the peripherals market. Verbatim, perhaps better known as a maker of storage media, actually has a wide selection of mice on offer – from gaming models with all the bells and whistles to the small notebook Wireless Laser Nano Mouse we’re looking at today.


Like the similarly sized Logitech Nano Cordless Laser Notebook mouse, this little symmetrical rodent comes with a tiny wireless receiver that operates at 2.4GHz and employs the near-ubiquitous laser sensor for tracking movements. 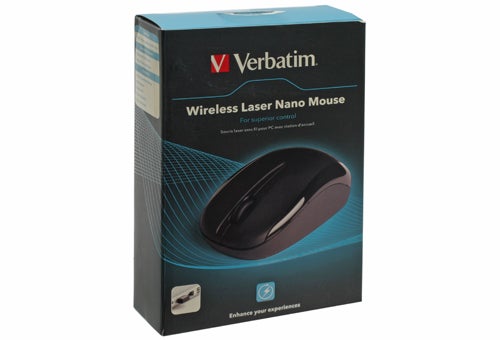 With no metal parts and running off two AAA batteries, Verbatim’s Nano only weighs 85g and this doesn’t make it feel as solid as the Logitech model or even Microsoft’s Wireless Mobile Mouse 6000.


To be honest it doesn’t feel quite as well-built as either of those mice either, with very slight niggles here and there detracting from the experience. These include slightly awkward battery insertion and the dongle requiring a very firm push to get it out of its spring-loaded slot – though at least there’s no chance it will ever come out accidentally. Mind you, the minor issues mentioned above can be excused considering that this mouse costs almost half the price of those we’ve compared it to. 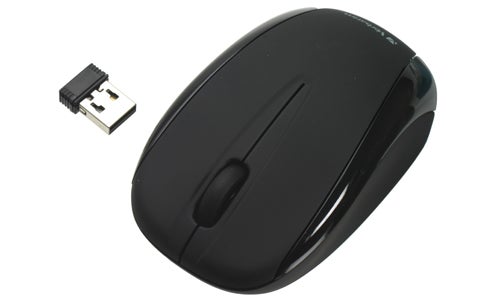 The main body of the mouse is soft matt black plastic with glossy black strips to either side, though the soft-touch top section can also be had in blue, red and pink – plus purple, green, graphite and yellow if you’re lucky enough to live in the United States. It’s also refreshing to find a manufacturer that simply refers to colours by their actual names!


Ergonomics of this ambidextrous mouse, meanwhile, are decent. Though its shape doesn’t support your palm in the way that the arched back of the Logitech Nano V550 did, it’s nonetheless comfortable to use, pretty much on a level with Microsoft’s Mobile 6000. The slight indents in the mouse buttons and at both sides support your fingers well.

As ever with ‘simple’ mice, you don’t need to install the included drivers and can simply plug the mouse in. In fact, you’re better off this way as, despite being tiny and visually competent, the somewhat buggy generic Mouse Setting applet doesn’t offer anything over Window’s native mouse control panel and simply isn’t as good, which takes some doing. 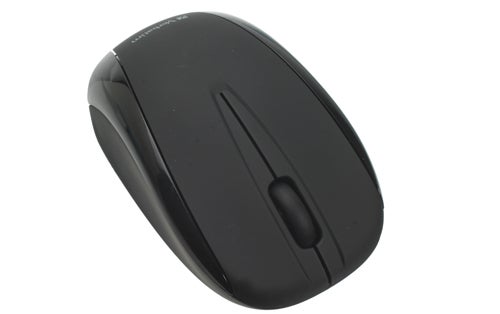 Not that there’s much to configure in the first place, as despite its rather nice presentation and features so far, Verbatim’s Nano is a bit short on buttons. Compared to Microsoft’s Wireless Mobile Mouse 6000 and Logitech’s VX Nano with their four buttons and four-way scroll-wheels (making for seven ‘buttons’ overall), the Verbatim offers just three. As you might have guessed, these consist of left, right and the wheel, which is as little as a mouse can get away with these days.


On the positives side, buttons give a nice, positive click, and the soft-touch scroll wheel offers decent notched feedback. Tracking is what you’d expect from a 1,600dpi laser sensor and the mouse glides along smoothly on its broad Teflon feet. 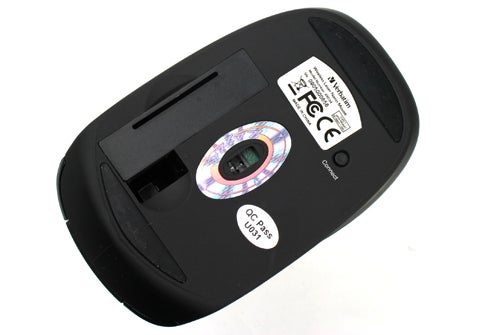 One figure Verbatim doesn’t state is battery life, and the mouse lacks a low-battery indicator. However, it’s easy to never be caught unawares by simply replacing the twin AAAs with a freshly recharged NiMH set every month or so. The Nano mouse doesn’t have an on/off switch either; instead it goes into standby mode after a few minutes of inactivity and requires a button press to re-activate, which is slightly inconvenient. 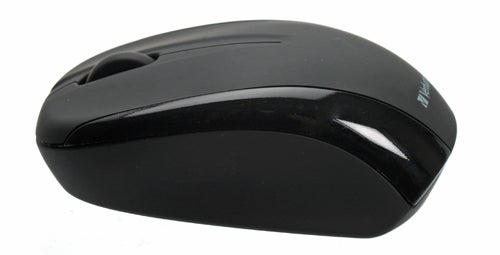 Overall then, while it’s not without its downsides, Verbatim’s Wireless Laser Nano Mouse is decent for its price of under £18. It might lack the impressive micro-gear scrolling of Logitech’s Nanos and the clever BlueTrack sensor of Microsoft’s new mice (which allows them to work on anything from marble to carpets), but if you’re happy with nothing more than the basics or on a tight budget it’s a good option.


With its light and fairly comfortable Wireless Laser Nano Mouse, Verbatim has provided a basic but competent budget alternative to the models from the usual suspects.