What is the Venom PS4 rechargeable battery pack?

As much as we love our PS4, the one thing we don’t love is the rather shoddy battery life of the DualShock 4 controller. If you spend an afternoon engrossed in a PS4 game, you’ll find that you can’t get more than five hours out of your DualShock 4 on a single charge.

There are ways and means of getting slightly more out of your PS4 controller, as we’ve outlined in our guide to making your DualShock 4 last longer, including adjusting the intensity of the light bar. But there’s also a cheap way to extend your battery life.

That’s where the Venom PS4 rechargeable battery pack comes in. This small bit of kit attaches to the back of your DualShock 4 to fuel additional gameplay hours.

For only £15, it’s definitely an option to consider for those of you who regularly find yourselves reaching for the charging cable mid-game and don’t want to fork out £40 or so for another controller. 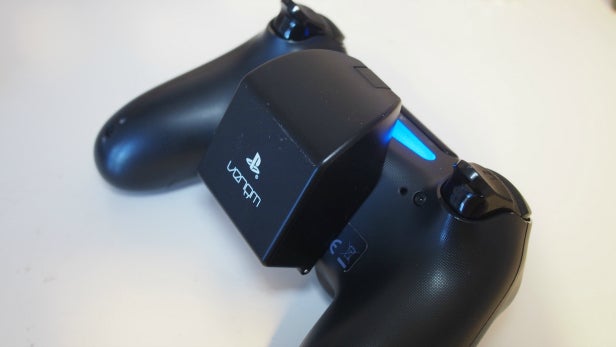 The Venom PS4 rechargeable battery pack is a small black box that isn’t much larger than a pair of matchboxes stacked on top of each other. On one end of it you’ll find a Micro USB connector, while at the other end there’s a long clip on a hinge.

Underneath that hinge on the flat edge is a Micro USB port for charging the battery pack and a LED indicator light that lets you know when your pack is charged.

The idea is that the Venom pack attaches to the back of your DualShock 4 once charged, giving you those extra gameplay hours.

But the way the Venom pack attaches is a lot more complicated than it originally seems. The battery pack’s USB connection slides out of the main section of the pack, but is still attached by a wire. 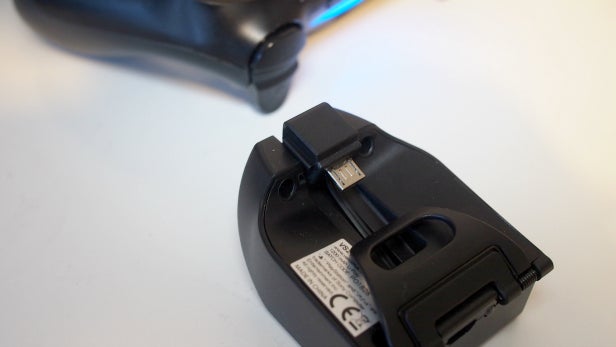 You’ll need to slot the now loose connection into the charging port on your PS4 and then pull the clip all the way back on its hinge. This clip needs to sit just below the PlayStation Home button and there’s a hole for the headphone jack that lets you know where it needs to sit. Once that’s positioned, you’ll be able to slide the USB connector back into place in the battery pack’s main body.

Once you’ve manoeuvred the Venom pack into place, it actually holds itself very securely with no wobbling. And, despite its size, it doesn’t get in the way of your fingers when you’re playing. Even when you’ve got larger hands like ours.

It does make the DualShock 4 look very chunky and inelegant, though. With the battery pack’s huge growth on the underbelly, the DualShock 4 loses its streamlined appearance and it makes the whole controller a lot heavier. Although it doesn’t get in the way as such, the extra weight does take a little getting used to.

See also: PS4 backwards compatibility – Can you play PS3 games on your PS4? 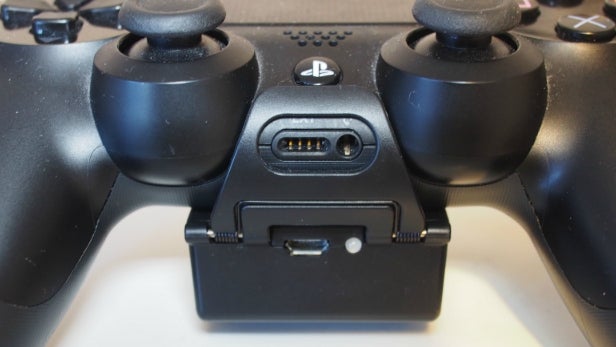 We also found that the positioning of the clip at the bottom of the battery pack makes accessing the PlayStation Home button rather awkward. Sony has made it so you can access the button with a quick thumb press, but with the battery pack in place you have to come at the button from a more upright angle than you usually would. It’s not a massive inconvenience, but it is quite irksome.

The top of the Venom pack also slightly obscures the DualShock 4’s light bar. However, we tried using the battery pack while using a variety of games, especially ones that use the light bar – including Sony’s own Playroom – and we had no issues with gameplay. 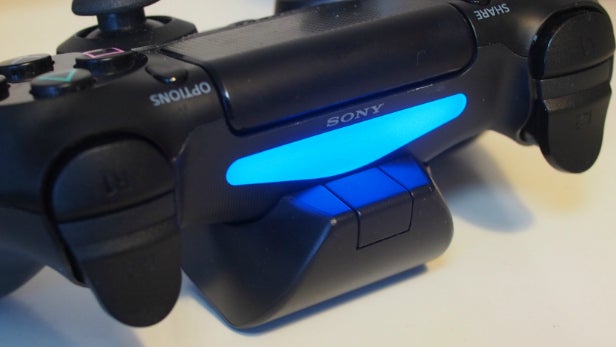 Venom claims that its PS4 battery pack will give you an extra 20 hours of gameplay from a single charge. But to get that full 20 hours additional battery life, you need to run through two or three full charging cycles to get the pack’s cell to full capacity.

On the one hand, the fact that it charges separately is great. Because if you get the DualShock 4 battery low notification on your PS4, you can just grab the pre-charged pack and carry on playing.

See also: What is PlayStation Now?

But, if like us, you’re a little forgetful and you get that same low controller battery alert with the battery pack strapped on, you’re back to square one and will have to go back to having a tethered controller while you top the juice back up.

In terms of that 20-hour battery life, we’re still a bit dubious. We’re at least six full cycle rotations in and we’re getting around 10 hours of solid battery life on top of the approximate 5-hour battery life of the DualShock 4 itself (on full light bar brightness and with rumble turned on).

That’s far from the 20 hours Venom claims you can get, but it does mean you can get a weekend of intense gaming under your belt without having to worry about your battery life – as long as you’ve charged the Venom, of course. 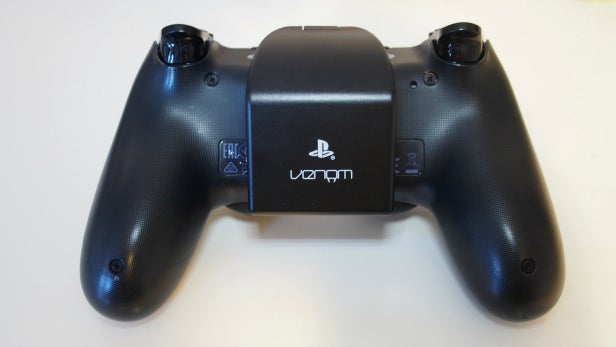 Should I buy the Venom PS4 rechargeable battery pack?

To get more out of your PS4 controller’s battery you’ve only got a few options: dial down the light bar brightness, keep it plugged in whenever you’re not using it, buy a second PS4 controller for £40, or buy a charging dock. All those options are more hassle or cost more than the Venom PS4 battery pack.

For just under £15, the Venom PS4 rechargeable battery pack may not be pretty, but it really is functional. You’ll find yourself having to charge your PS4 controller a lot less and that’s always a good thing.

If you can’t afford a second controller or charging dock, this is an excellent battery-extending option.

The Venom PS4 rechargeable battery pack is an affordable way to more than double your DualShock 4 battery life.