Velodyne is known as a maker of home cinema subwoofers rather than a headphones expert. But these days it seems any company that has ever created a speaker is jumping at the chance to release their own set of headphones. We went ears-on with the Velodyne vTrue Studio at CES 2013 to see what the subwoofer-maker has come up with.

Looking more like a prop from a film than the kind of headphones you’d see on high street shelves, the Velodyne vTrue Studio are out to grab attention with their finish. The back of each earcup is a smoothly-curved teardrop of brushed aluminium bearing the Velodyne logo. Wear these out and you’re sure to  be asked a few questions about them – if in part because few people have heard of Velodyne. 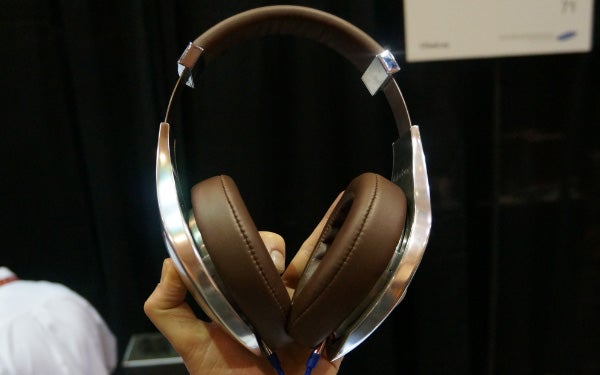 Loud in design they may be, but construction-wise they’re top-notch. The Velodyne vTrue STudio use generous leather-topped earpads and a brown leather-topped headband. Both feature classy-looking white stitching that helps to tone down the sci-fi look supplied by the unusual tear drop backs. 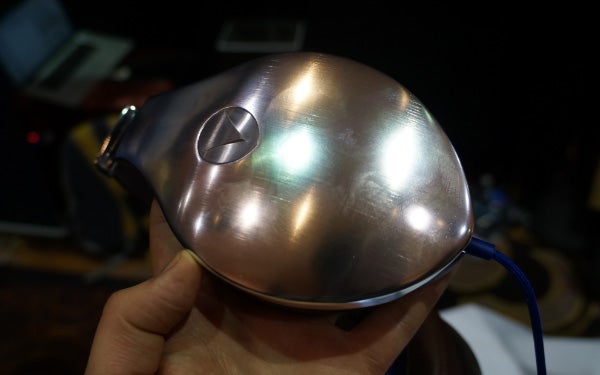 That the brown and silver theme is consistent – aside from the blue mesh of the inner pads and cable – also helps Velodyne to pull off the dramatic style. These are large headphones, though, which we’d advise for home use rather than out and about. However, they are fully closed in design, offering a decent level of noise isolation and minimal leakage. 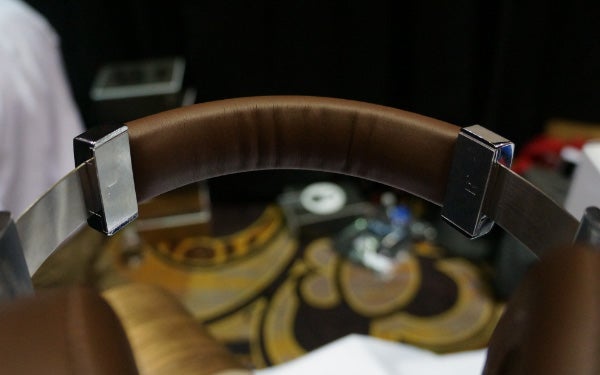 All that metal on show may make you assume the Velodyne vTrue Studio are heavy headphones, but we found them surprisingly light. The generous leather pads ensure great comfort too, with that pleasant head-hugging vibe that we like to see in full-size closed headphones. 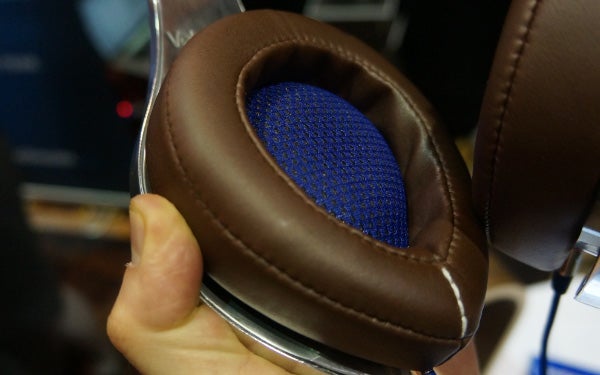 The blue cable of the Velodyne vTrue Studio is fully removable, and you get two cables in the box. Both are 1.2m in length, one with an iPhone remote control, the other without. This flies in the face of our idea that these are at-home headphones, but the giant earcups would put us off bopping down the high street wearing them. 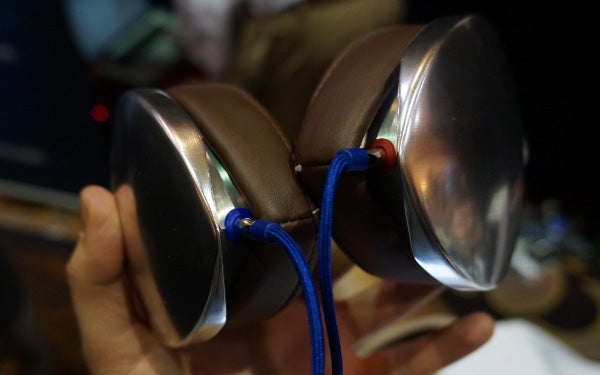 Coming from a maker of subwoofers, we expected to hear a strong bass skew. And there is a favouring of the low-end here, but it’s not the destructive bias you might expect from such a loud-looking headphone. The bass is powerful, but also smooth and coherent. To put it into context among its rivals, there’s the smooth and full-bodied tone that’s present in Denon’s latest range of full-size cans, rather than the lighter touch of something like the AKG Q701. 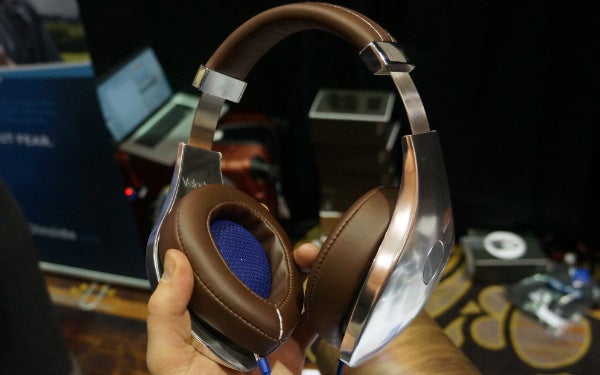 This bass response is in part down to the closed design of the Velodyne vTrue Studio – open headphones tend to struggle to reproduce the bass impact of closed pairs. However, what you trade in is the airy character of an open set. Separation doesn’t seem to match the best open pairs at the price. 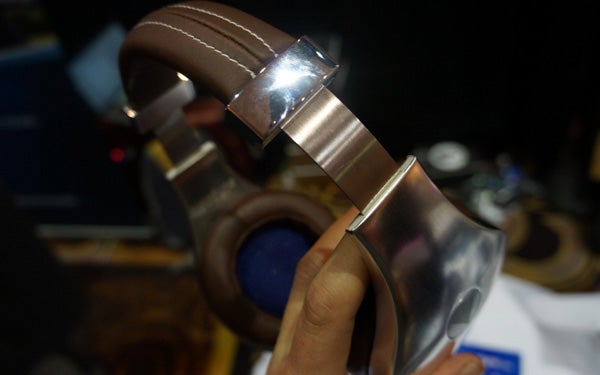 However, from our brief ears-on with these Velodyne cans, they seem to significantly outclass their bass-centric celebrity endorsed rivals. And we’re not just talking about Dre. and his Beats. These days there’s a whole gang of rapper headgear to wrap around your bonce.

Do these unusual-looking headphones stir your fancy, or is the mix of class and extravanace a bit off the mark? Let us know what you think in the comments.