I hate waiting around in racing games. Waiting for races to load. Waiting for a voiceover artist to explain the deeper intricacies of racing disciplines you’ve played countless times before. Waiting to be shown how the garage systems and upgrade paths work, or how to access new contract offers, or whatever else the developers have cooked up as manufactured excuses to keep you off the track. Waiting, waiting, waiting.

As racing games have progressed – become more complex and complicated, as well as become full to the brim with 100-car rosters – the level of waiting has increased too. At least, in some games though, the waiting is worth it. Not in many, mind. The pacing of Forza Horizon and how it so deftly dishes out cars, races and spectacular showcase events is the best example of it in recent racers.

V-Rally 4 is not such a game. While you do occasionally see the sparks of great racer DNA emerge from beneath its bonnet, it’s mostly a scrappy, inconsistent rally game that never reaches, let alone surpasses, its older contemporaries. 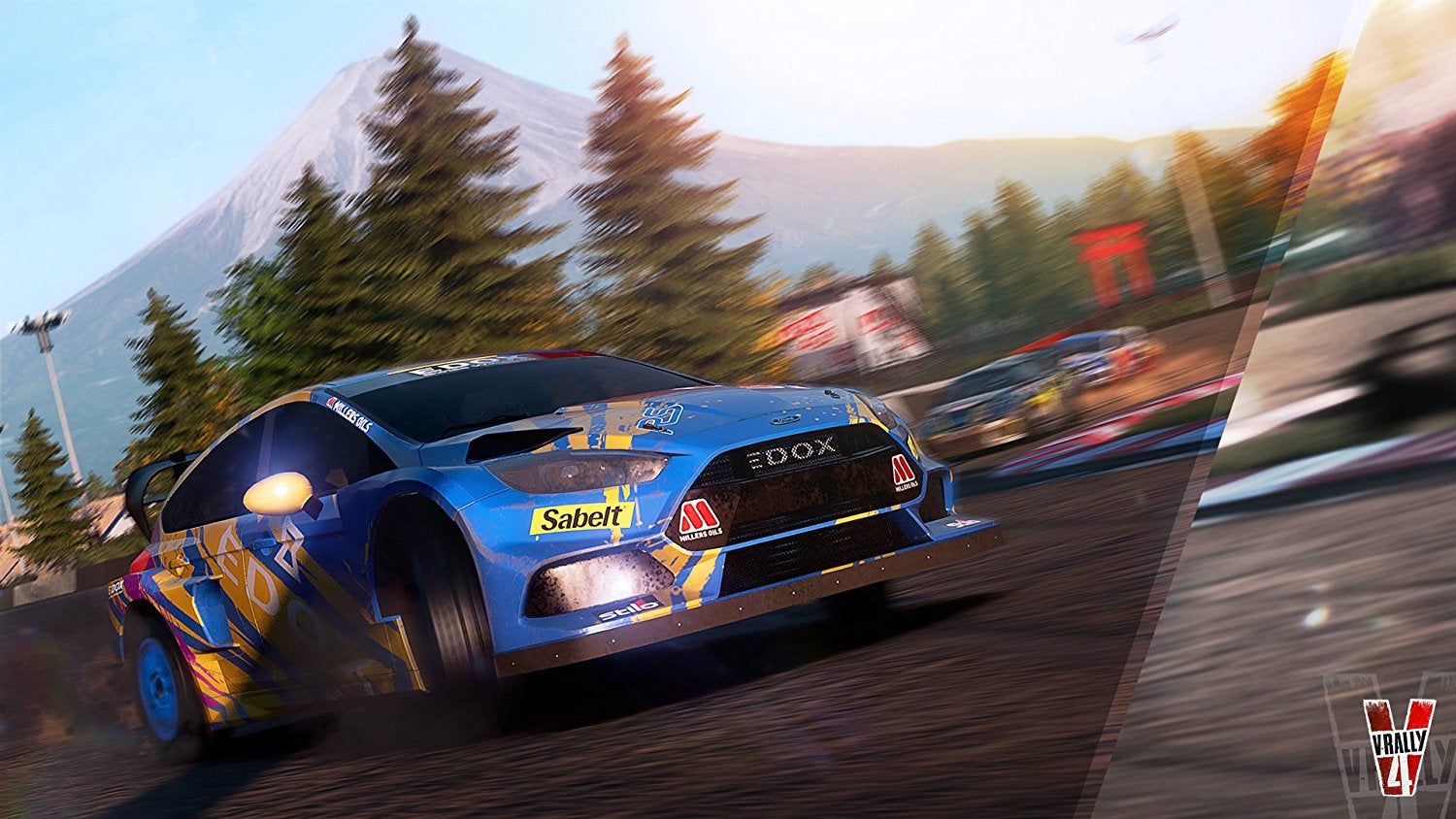 Its career is a monotonous slog full of meaningless progressions through contracts and offers you simply don’t care about. Its first race is a vertical slice, point-to-point taster session through the dusty deserts of Kenya, before you’re thrust into – you guessed it – a conveyor belt of boring tutorials about events, contracts and more.

‘Here’s how you accept a contract, here’s how you choose your next event’ It’s fully uninspired and workmanlike, a long, long way from the polished pizzazz of Playground Games’ aforementioned romp. It never improves, either, and I very quickly shut off all interest at all.

Instead, I decided, I’d pile my time into the game’s free race mode, which let me sideline any boring, elongated sense of progression and instead hit the track at my own pace – the locations, routes, and cars that I wanted. The game really does hit a nice stride when you consider the range of locations on offer, from the rolling hills of Malaysia to the craggy rocks of Monument Valley.

It can really look the part, too, but the visage is just another inconsistency that doesn’t stay above board 100% of the time. V-Rally 4 straddles a gap between anti-alias-less ugliness; full of jagged edges and unclear scenery; before delivering some standout beauty in various weather conditions, with over-egged environment effects and enough bloom to send JJ Abrams into a frenzy.

Its circuits are fictional, too, meaning there are no restrictions in place when creating each course – realism is sacrificed in favour of over-saturated spectacle. On balance, it’s worth the toss-up. 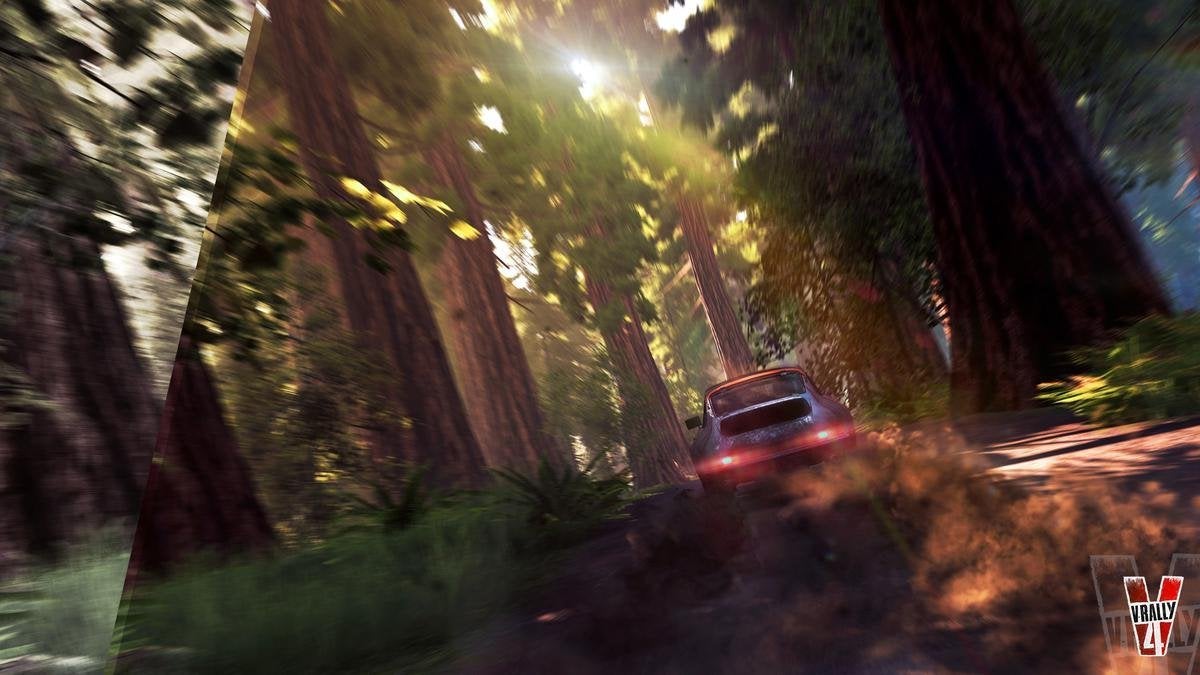 To look for the closest comparison to V-Rally 4 when it comes to on-track vibe, you’ve got to just hop around Codemasters’ Dirt series a little bit. It feels like it’s trying to be more like Dirt Rally than Dirt 3. The focused events of the former – with rally, rallycross and hillclimb – all channel it down a particularly more intense path than, say, the absurdist extreme sports bro-ness of the latter game’s Gymkhana events. In actuality, though, the game ends up coming off like an even less exciting Dirt 4.

Racing is a skittish affair but it does the job and, on occasion, delivers some breathtaking racing. Throughout my first taster session in Kenya, I royally screwed everything up by piling into some off-track scenery on more than one occasion, but it didn’t take long before I realised I was in Dirt mode and had to readjust to best play the game as intended.

The handling model here can be just as unforgiving as Dirt Rally when you’re racing with all the assists off, but in different ways. Cars don’t feel as weighty as in Codemasters’ games, which means the analog sticks need to be treated with a different kind of sensitivity to keep the car going in a straight line.

That takes some time to work toward being able to capably manage at high speeds, and I’m not sure V-Rally 4 quite nails it in the end. The result is a nervousness to the car, and to you as a racer, and I never felt like I had full control of the vehicle. 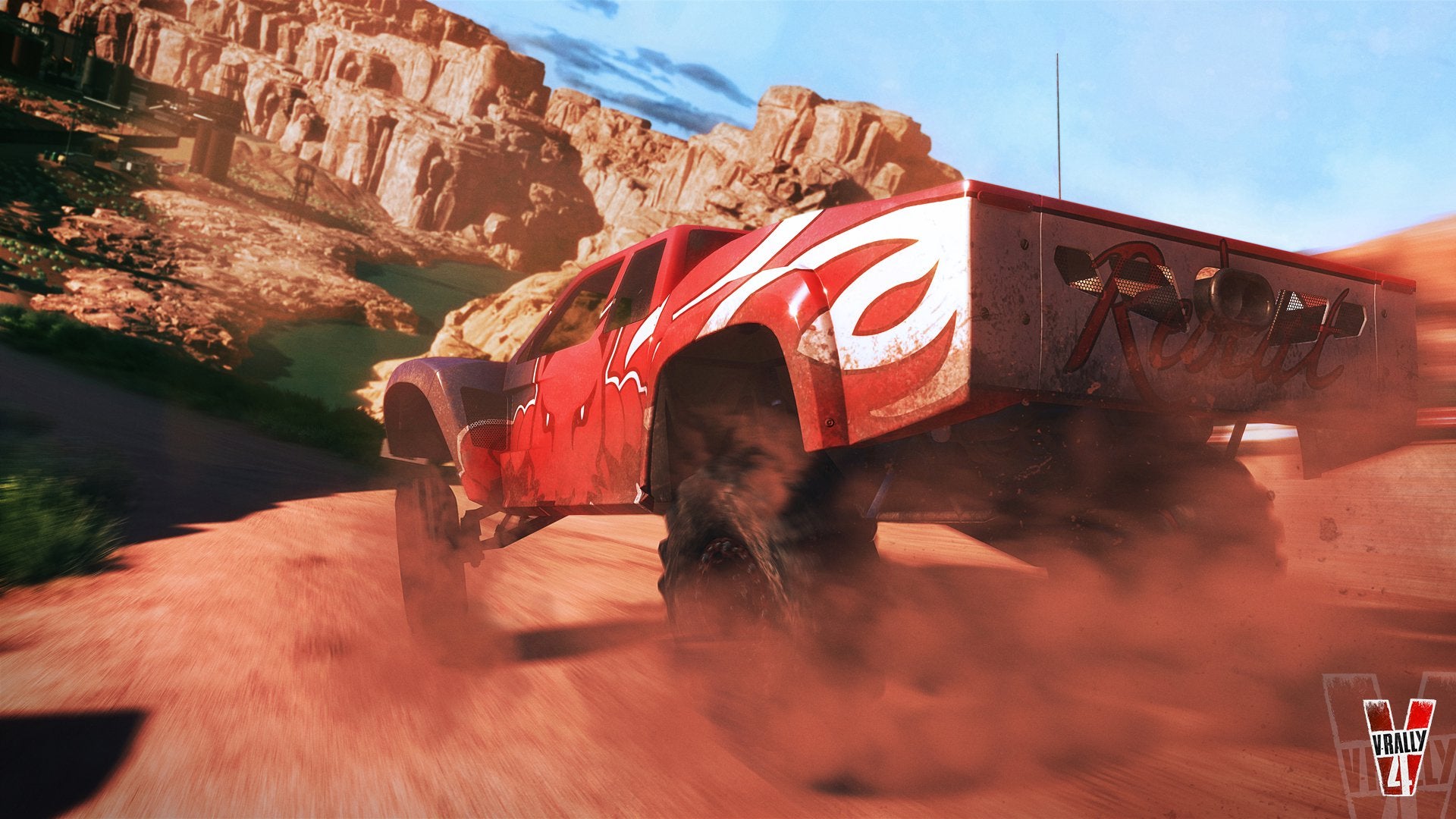 Point to point is the focus, and it’s absolutely the best way to play. Not only do the fictional circuits deliver thrills and sights aplenty, but you don’t have to deal with the game’s lacklustre AI, which is all too noticeable when playing the more race-traditional rallycross modes.

There’s also just an overall lack of polish here – your co-driver’s course notes don’t feel in situ at all, and there’s almost no point trying to race using the in-cockpit perspective. It’s naff.

It’s never that V-Rally 4 is actively bad, but the 16-year wait since V-Rally 3 is no way near worth it. No part of the overall experience surpasses the benchmarks set by more polished, mechanically complex, spectacular or enjoyable racing games from both the arcade and sim camps. Even compared to the universally disappointing Dirt 4, V-Rally 4 feels like it’s missing more than a few tricks.