Uuni 2 is an affordable, portable wood-fired pizza oven. It’s big enough to cook a pizza (one at a time) and small enough to go from garden to campsite. A clever new chimney design means it cooks better and smarter than its Kickstarted predecessor.

The oven is fuelled by wood pellets and is ready to cook (450°C) after just 10 minutes. Pizzas take just 2 minutes each to cook… and taste delicious. Uuni was a Kickstarter success story back in 2012. This self assembly wood-fired pizza oven is designed to be portable: not just from your old home to your new home but to a park, campsite or beach.

Uuni 2 improves on the original’s design in a number of ways. Most notably, it uses a tall chimney to draw air through the oven instead of a battery-powered fan. The other most visible improvement is that the oven now has a stainless steel finish, not black. It looks superb.

Uuni 2 is powered with wood pellets, which it uses very efficiently. It takes just 10 minutes to heat up to 450°C and can cook a pizza in 2 minutes. Traditional masonry wood-fired pizza ovens take hours to heat up, use much more fuel and take up much more garden space.

The design is brilliantly engineered and as it’s self assembly it’s much more affordable than rival wood-fired pizza ovens. Note, though, that it’s only big enough to cook one pizza at a time, whereas some larger ovens can handle more than one and can even be used to bake bread. 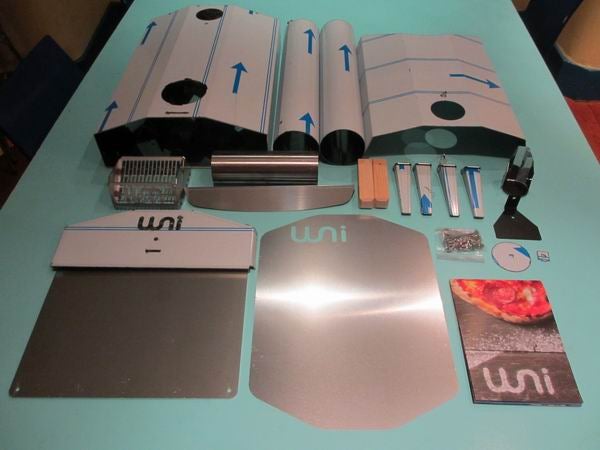 Unboxing Uuni 2, you’re immediately struck by the attention to detail. The branding is spot-on and as you add each piece the excitement grows. The makers claim that it takes around 15 minutes to assemble. The pizza’s so close, you can almost taste it…

Its assembly instructions are very visual, they look like a set of blueprints of the assembled oven, with numbered detail diagrams at the side. You do these steps in numerical order. 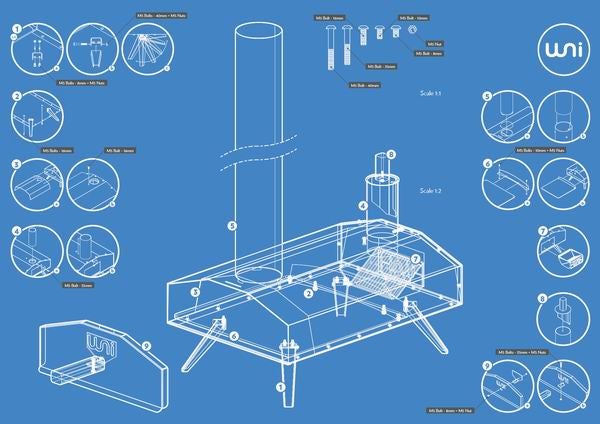 Each step is fairly small, but comprehending it sometimes takes thought. For example, a couple of times it’s unclear which way up they want a bolt to go, but at least if you look across at the main blueprint picture you get a second viewpoint that helps clear this up. There’s also no explicit mention of the fact that you need to peel off the protective plastic film that’s covering all the metal as you go.

There’s no list of the parts you should find in the box, but helpfully the diagrams of the nuts and bolts are life-size so it’s easy to tell which is which. The kit includes everything you need, even a small spanner and hex key.

On test, it all slotted together very smoothly with just a couple of exceptions. One piece of the chimney had been bumped in transit, so it had a dent and a tab at the end had to be unbent, and one pre-drilled hole in the metal (for the fuel scoop) was too small for the screw and needed drilling out before assembly. 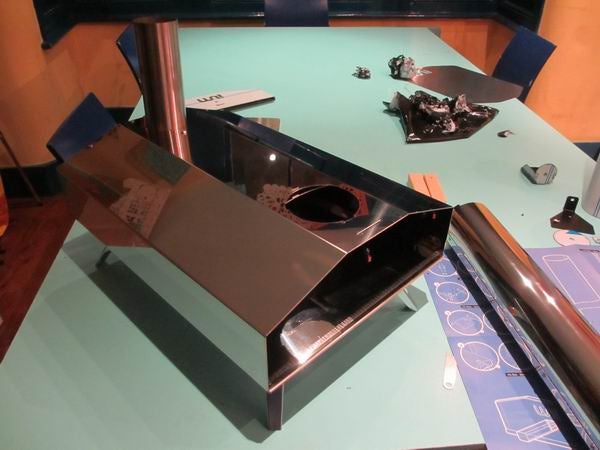 Assembly took over an hour, not the suggested 15 minutes, but we weren’t rushing. Overall it was fun, not stressful. Something to enjoy and get excited about rather than a tear-your-hair-out Ikea flatpack experience.

You light Uuni 2 by loading the grate with (food grade) wood pellets and either some firelighters or barbecue lighter fluid. Light it and slide it into the back of the oven immediately, before the wind blows out the flames.

Then load up the hopper (tube) above the grate with pellets. Throughout the cooking process you need to add a scoop of pellets every 5 minutes or so, to keep the hopper filled up half way. The pellets drop down as required to fuel the fire. 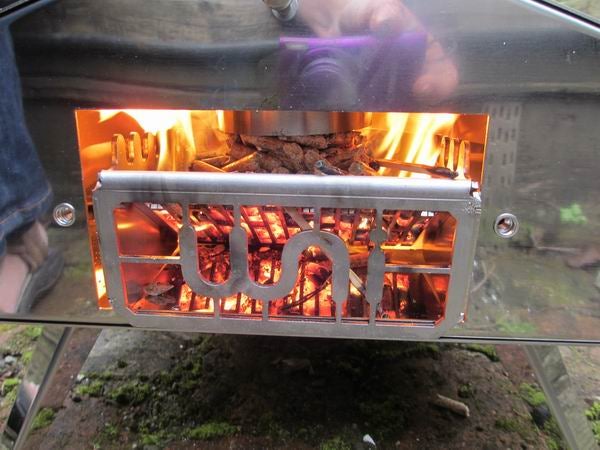 Just 10 minutes after lighting it’s time to cook. Uuni 2 comes with a steel pizza peel, on which you assemble your pizza before sliding it into the oven. A sprinkling of semolina under the pizza helps it come off smoothly.

The pizza cooks quickly but the oven’s definitely hotter at the back, so you need to turn the pizza a couple of times during the cooking process. A second peel (£14.50 at the time of writing) would be helpful for this, so you can use one to turn and remove the pizza while you assemble your next pizza on the other. 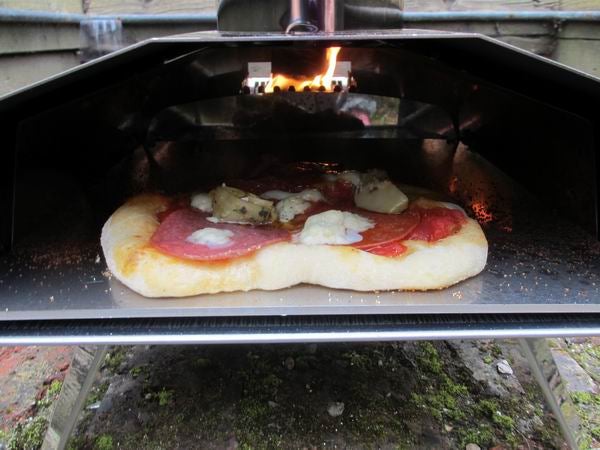 And minutes later a magnificent, tasty pizza emerges and you put the next one in. We fed 20 hungry guests, some of them scoffing more than one pizza, over a couple of hours. Initially each pizza took a while as we mastered the process, but by the end we were knocking out pizze eccellente at 2-minute intervals like a pro. 40 thumbs up from our guests.

After cooking, once the oven cooled down, clean-up was a quick process; the fuel had burned cleanly. The tray that the pizzas cook on slides out and can be washed, the rest just needed a dust down. Note though that the heat discolours the steel finish, so it never looks quite the same as it did out of the box again. 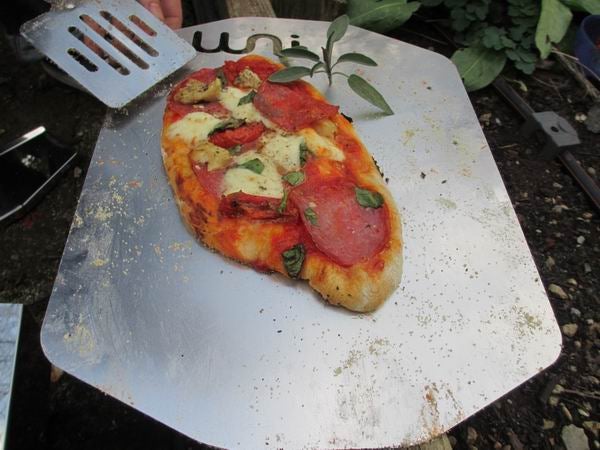 Should I buy the Uuni 2?

If you’ve been hankering for a wood-fired pizza oven, yes. Uuni 2 is a superbly designed product that’s quick to build and turns out delicious wood-fired pizzas. And it’s portable enough to go with you on holiday, even camping or to the beach as an alternative a barbecue.

£189 might sound like a lot of money but the materials for building your own traditional wood-fired pizza oven cost more. And shop-bought pizza ovens cost at least three times as much. There’s nothing on the market right now to rival the Uuni 2.