What are the Urbanista Berlin?

The Urbanista Berlin are cheap wireless earphones, a bargain-basement alternative to the Apple AirPods.

They cost £40, a quarter the price of Apple’s pair. Unfortunately, they have the sound quality to match. Unless you absoultely hate the battery pack of the SoundMagic E10BT, that set is a much better buy. 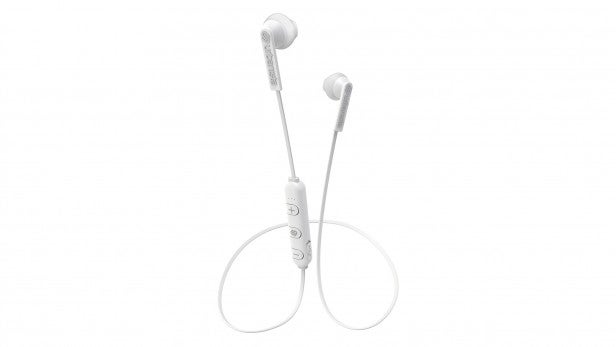 The Urbanista Berlin aren’t the kind of earphones we’re used to these days. Most models, even ones that come with phones, tend to use an IEM (in-ear monitor) design. Here, the part that touches your ear is a (usually) silicone bung, where plastic part housing the driver hangs.

It’s practical because such earphones are generally comfortable and block out sound. But the Urbanista Berlin use an older style that’s closer to that of the Apple EarPods.

You actually put the plastic driver “pod” in your ear, and the only buffer between the plastic and your ear cartilage is a thin sheath of silicone that wraps around the earpiece. If you’re used to IEM earphones, it might come as an unpleasant surprise. 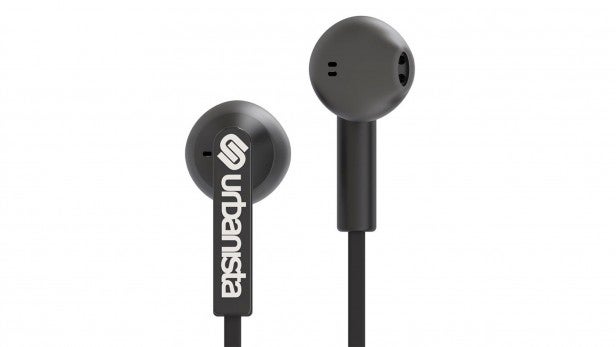 I have pretty large ear holes and didn’t find the Urbanista Berlin too much of a trial to fit in, although I did cause myself a bit of discomfort on a few occasions just by trying to get a better seal. Where the EarPods are designed to hang fairly loosely at the lowest flap in your ear cartilage, the less ergonomic shape and use of silicone here almost wills you to try to fiddle with the fit. It rarely ends well.

These aren’t super-comfortable earphones, but once you learn that they’re not really meant to seal your ear canal, you’ll get on with them far better.

An imperfect seal means the Urbanista Berlin don’t block out a lot of noise – and will leak sound – but this isn’t necessarily a negative if you’re after a pair of headphones for outdoors running. You want to be able to hear the cars, after all.

Unusual style aside, these are fairly simple wireless headphones. They use Bluetooth to connect with your phone, and the remote housing on the cable that connects the earpieces also holds the battery. It isn’t annoyingly heavy and has three buttons that let you control playback and volume, whether you use an Android or iPhone. Or a Windows phone. 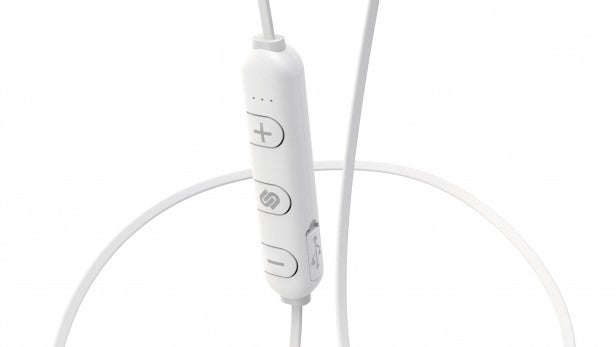 On the back there’s a little flap that covers the battery-charging micro-USB port, and you’ll get around four hours’ use between charges. This is pretty poor for a pair of headphones such as this; it’s closer to the stamina you get from wireless earphones that are true cable-free earpieces. Perhaps it won’t be a huge issue if you’ll use the Urbanista Berlin exclusively for the gym or for running.

I was pleasantly surprised by the quality of the Bluetooth experience with these earphones. Cheap pairs are often prone to frequency break-ups in signal, caused by minor interference or just too much motion, but the Urbanista Berlin are solid. There were a few little blips during testing, but nothing too annoying.

The Urbanista Berlin earphones are available in black, white, or a pair of two-tone finishes with white earpieces and pink or turquoise cable-plus-highlights. 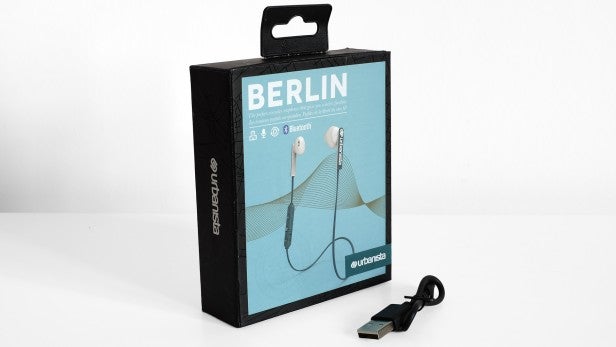 There are two main issues you have to take on-board before considering whether the Urbanista Berlin are a good deal. One is the so-so comfort. The other is sound quality.

These are some of the only headphones I’ve reviewed to date with worse sound than a lot of bundled earphones. This is perhaps no great surprise when at £40 they’re cheaper than the difference between most other makers’ non-wireless and wireless pairs. 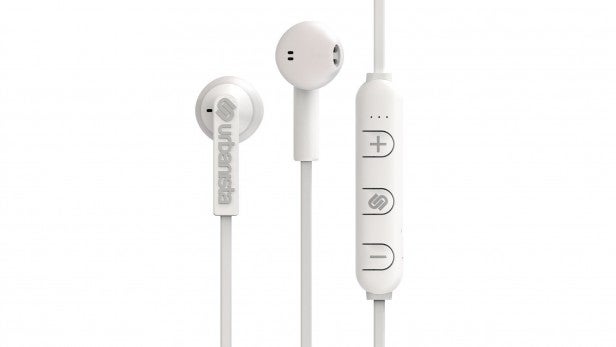 There’s little detail, the dynamics are very flat, and the tone is basic in the mid-range and treble frequencies. It’s the earphone equivalent of the sound you get from a bedside radio, making vocals sound crude.

That said, the Urbanista Berlin do have bass that’s much better than the rest of the sound. It’s big and full-sounding, but doesn’t bleed into the mids anywhere near as much as you might expect given the other sound issues. Bud earphones such as this tend to get away with big bass without obvious compromises better than some cheap IEMs.

You get rather basic sound quality with the Urbanista Berlin, although that may not be an instant deal-breaker if you just want a pair to make your weekly 5k run that bit less boring. 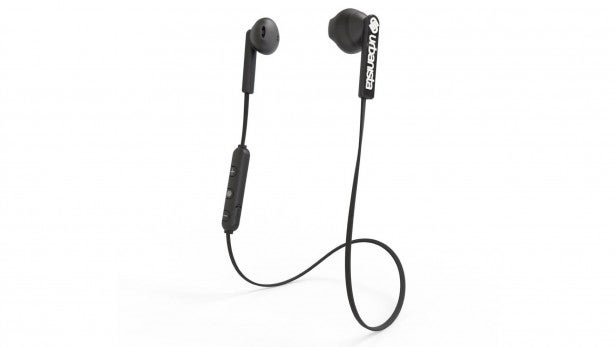 Should I buy the Urbanista Berlin?

By most of our standard metrics, the Urbanista Berlin aren’t good earphones. They’re not that comfortable and their sound quality is fairly poor. Battery life isn’t great, either.

If you can afford to spend a little more and don’t mind a less streamlined design then the SoundMagic E10BT are far better. At the same price the Skullcandy Method Wireless offer much better mids and treble, although as with many Skullcandy headphones, the bass is a bit boomy.

Cheap wireless headphones – but with poor sound quality to match.