What is the Urbanears Lotsen?

The Urbanears Lotsen is a wireless speaker that shuns the current ‘smart’ trend. You won’t be able to talk to Amazon Alexa or Google Assistant with it, nor will it allow you to control your smart lights.

Instead, the Urbanears Lotsen has a presets dial that lets you play radio stations and playlists without even touching your phone. And it will accept audio from a much wider array of sources than a Sonos One.

It doesn’t sound quite as good as a Sonos One, mind – but it’s powerful for its size, making it a solid choice if you love its style. 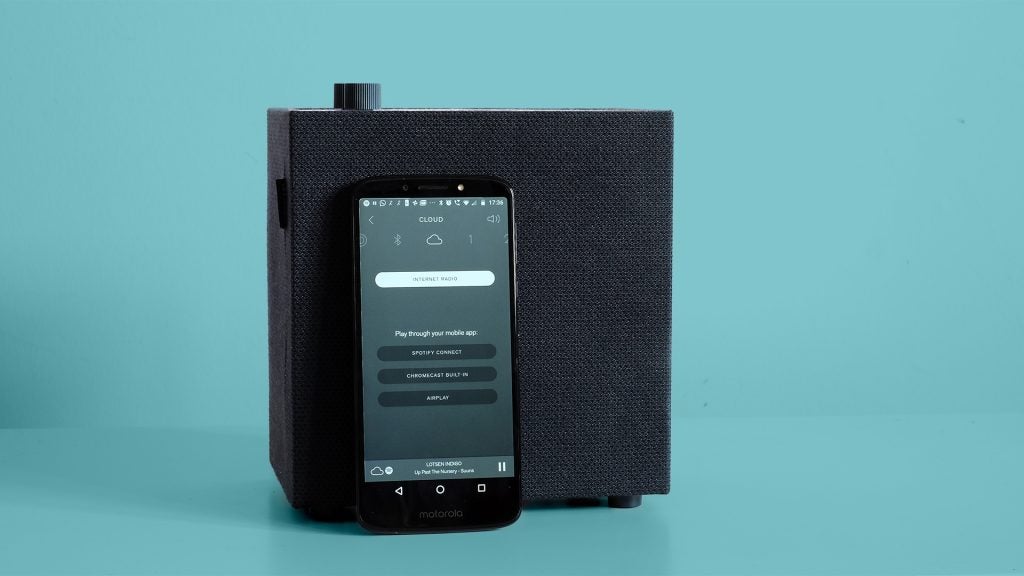 Urbanears is based in Sweden, and most of its gear is Scandi-influenced. The Lotsen is a sharp brick of plastic, whose severe lines are softened by a fabric grille that covers its sides.

I’m not sure I’d be such a fan of its style if the Lotsen were a lounge-hogger. But it isn’t; this is a relatively small speaker. It’s roughly 1.5 times the width of a Sonos Play:1, and around the same depth. It will happily fit on a side table, or a relatively shallow shelf. 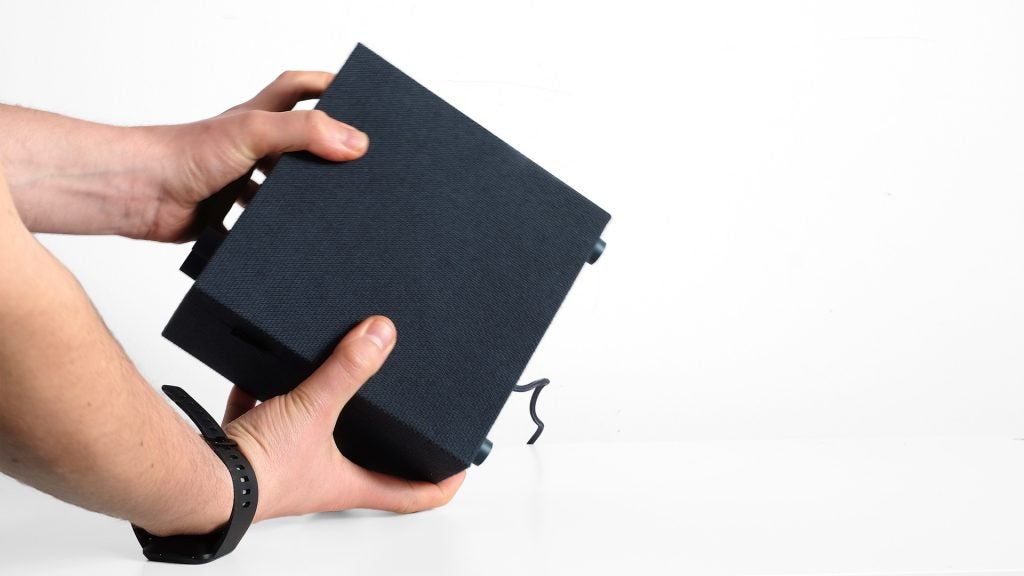 The Lotsen is available in six colours. The one you seen here is in Indigo, but it also comes in green, grey, dirty pink, black and orange.

Side-by-side with an Apple HomePod, the Lotsen appears much less techy – and that’s the idea. 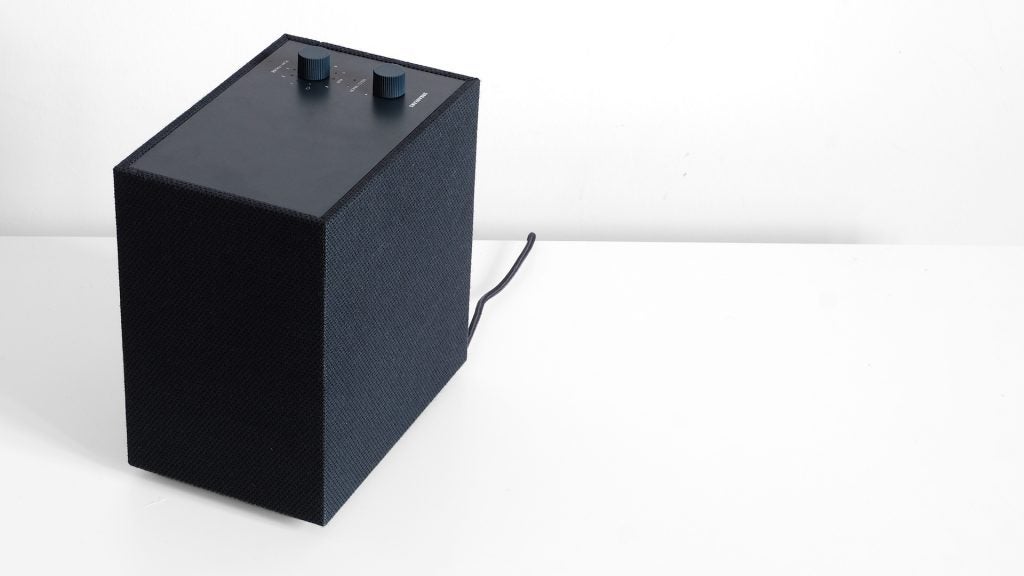 Given this aim, the Urbanears Lotsen is actually quite packed with tech. It’s a wireless speaker with both Bluetooth and Wi-Fi. Bluetooth lets you play audio from your laptop, or a phone app that doesn’t transmit audio using Wi-Fi – a game, for example.

Plenty of standards are present, too, including Spotify Connect, Chromecast and AirPlay. When transmitting to the Lotsen using Spotify, I had a choice between using Chromecast and Connect right there in the app.

There’s a 3.5mm aux input for those who want to plug in, say, a turntable or any iPhone before the iPhone 7. 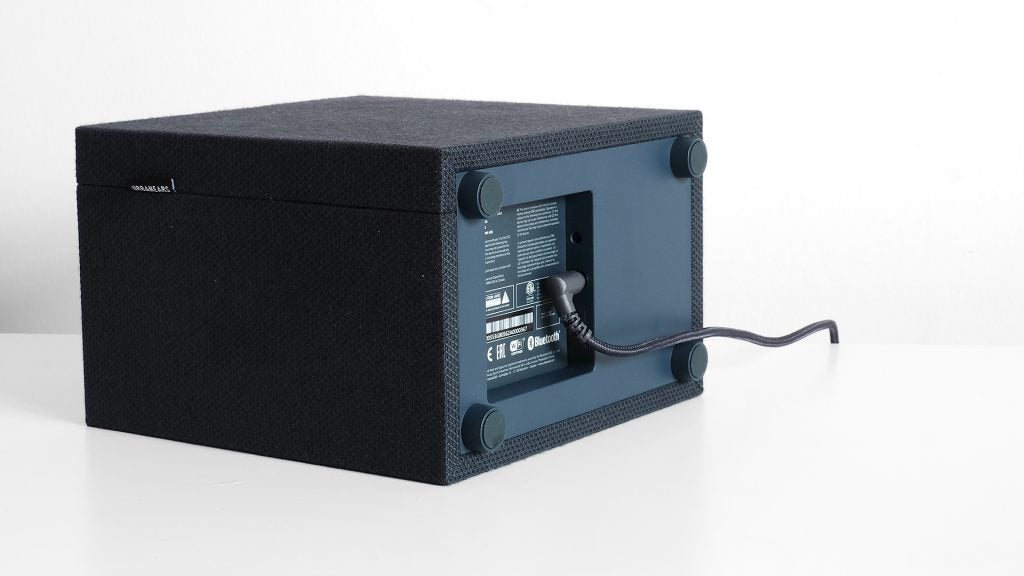 What’s missing then? There’s no support for digital assistants, and no mic to make that feasible in the future. There’s no battery, either, which means the Urbanears Lotsen has to be plugged in all the time to work.

The dials up top separate the speaker from most alternatives. One is a simple volume knob and the other acts as an input selector and a way to access presets you choose in the Urbanears Connected app. These can be internet radio stations or playlists. I set a couple to access my Spotify Weekly playlists and the BBC 6 Music radio station. The radio station takes a couple of seconds to load, but that’s the case when you stream it on your phone too. 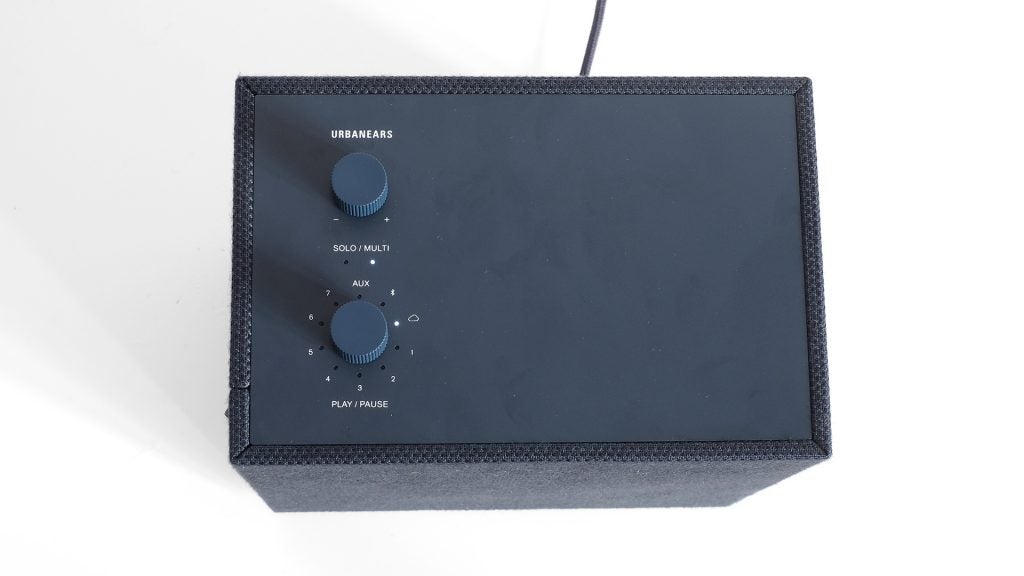 There are seven preset spots available. I can’t say that I find them to be much of a draw, but this is only because I don’t use playlists much. If you have several playlists that you constantly come back to then this prove a must-have feature.

The Urbanears Lotsen also supports multi-room, and again, this is setup using the Connected app. You sort Urbanears speakers into groups, and then can flick them between “solo” and “multi” modes just by pressing down on the volume button.

Press the preset button below and it acts as a play/pause control.

The Lotsen is a modern speaker with little touches of old-school flavour. Its driver array consists of a 4-inch main driver and a 1-inch tweeter on the front, similar to what you’d find in a small bookshelf speaker.

It delivers exactly as Urbanears promises. The Lotsen packs a punch for its size, and can quite easily fill mid-size rooms with music. Audio is reasonably well balanced, too.

It isn’t distractingly bassy, but the main 4-inch driver can lend some power to bassy beats. Given there are just two active drivers pointing in one direction, I’m also fairly pleased with its sound dispersal. You don’t have to stand right in front of it to get the full sound spectrum – as can happen with speakers that have quite narrow-range tweeters.

This is a solid speaker – and if you’re a fan of the design, and the presets concepts, then I think you’ll get on with the Lotsen.

However, it isn’t the best performer in this class by some margin. Listening to it next to the Sonos Play:1, it displays a few shortcomings.

Its treble is also a little safe, lacking the spark you might hope to hear in a speaker with a dedicated tweeter. Less ambitious treble extension and shallower bass makes the Lotsen sound less dynamic than the best. 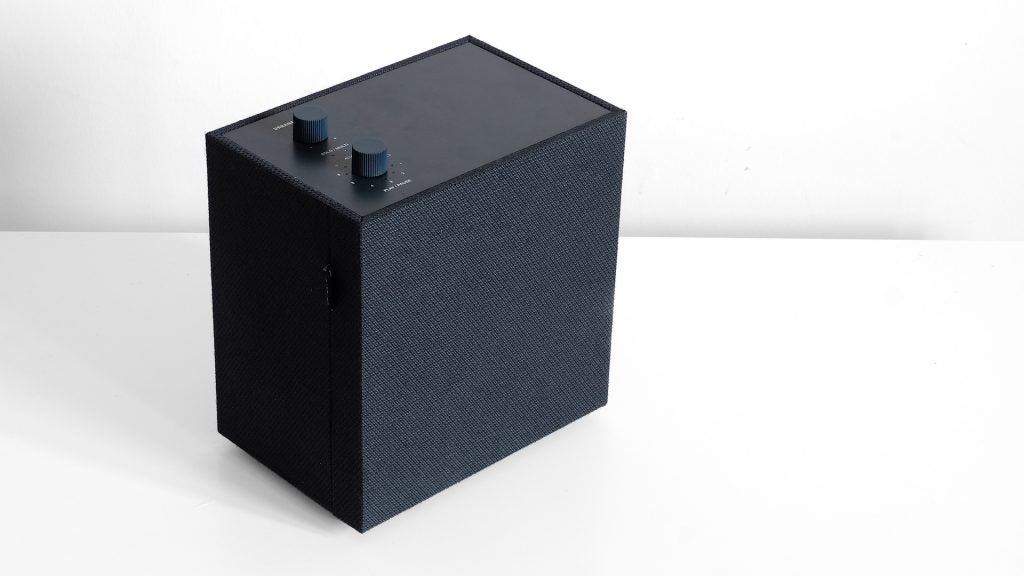 Urbanears bumps up the thickness of the bass and upper bass slightly to improve the impression of low-frequency power, but this in turn has an impact on the separation of the mids. The Sonos Play:1 does a much better job of separating and promoting vocals, and has a more coherent, clearer soundstage in general.

In addition, the Lotsen begins to sound uncomfortable at its highest volumes. It can go very loud, but you wouldn’t want to listen to it at max volume for long.

This isn’t necessarily a huge problem, but the Lotsen doesn’t always respond to volume changes on your phone, and the steps aren’t granular enough towards the highest volumes. You can always use the on-box volume knob, of course, but when you’re changing a track on Spotify, you want the in-app control to work properly. 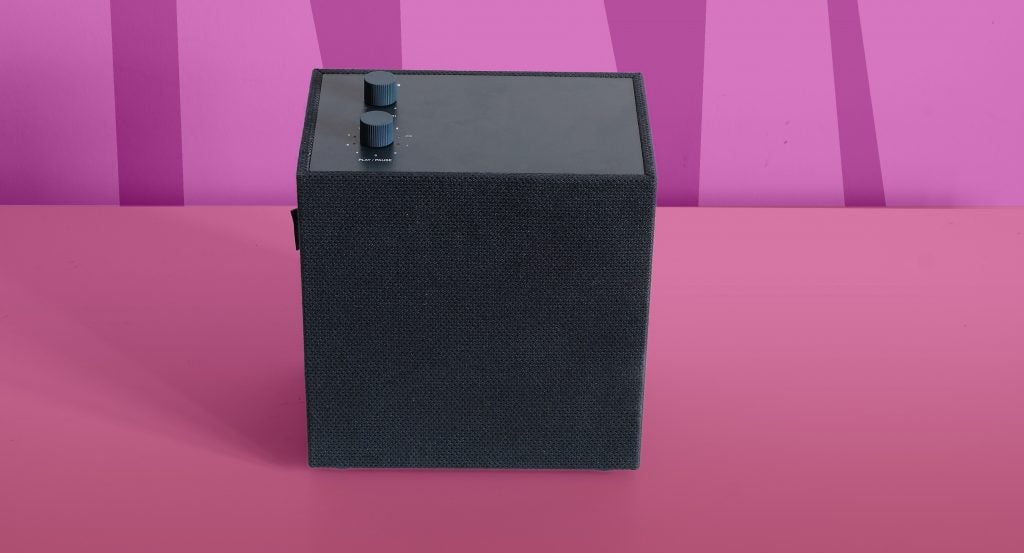 Why buy the Urbanears Lotsen?

The Lotsen is a decent wireless speaker with a distinctive style and features for those who aren’t down with controlling every single element from their phone. It sounds fairly large for its size and, as long as you don’t compare it directly to the best £200 speakers on the market, sound quality is perfectly good.

But such comparisons are our job. A Sonos Play:1, Sonos One or Riva Arena offers better sound. Separation and projection of the mids is notably superior in these speakers, as is punchiness at low volume.

However, it’s an achievement that a style brand such as Urbanears has been able to make a speaker that isn’t thrown into the shade completely by the top-performers.

If sound quality is your number one concern, the Lotsen shouldn’t be top of your list. But if its boxy fabric style will fit into your living room and you love the idea of its presets – which let you treat it like a radio or jukebox – then go right ahead.

A wireless speaker you can use without the need for a phone.