Available now on PS4, Xbox One and PC

It’s become a bit of a tradition to surprise release games at E3, and this year it was EA’s turn as they unveiled Unravel Two during their EA Play Press Conference. Unravel Two takes the established puzzle-platformer into a new direction for the sequel, focusing on co-operative gameplay and abandoning some of its predecessor’s more sombre tones.

Once again, we follow the adventures of Yarny, an adorable little woolen toy who has some big ideas about what he is capable of. Unravel Two opens with Yarny attempting to sail what appears to be a small fishing trawler through a raging storm. Unsurprisingly, things go poorly for the tiny knitted dude and he’s thrown overboard. Clinging on by a bare thread, disaster strikes our fleecy friend when his string of yarn snaps and he is lost at sea.

Players of the original Unravel will remember that Yarny’s string was vital, serving as his lifeline – the further Yarny moved from the string’s origin point, the smaller he got as he unraveled. Luckily for our intrepid hero, the power of friendship is here to save the day. Yarny washes ashore near a lighthouse and finds a woolen companion – a blue Yarny. Our blue friend has also had their yarn snipped, but the pair joins together, literally, by entwining their threads. 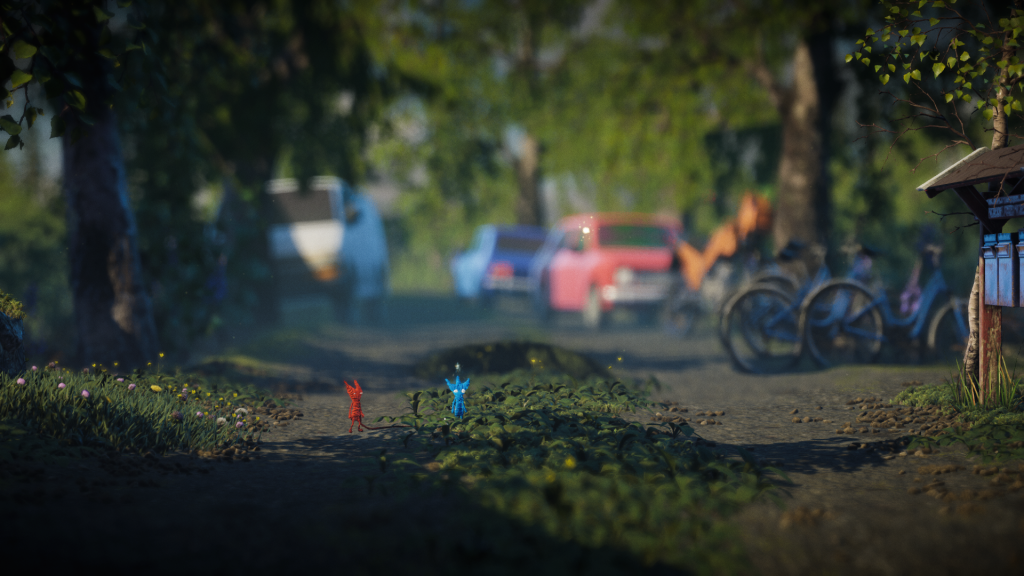 What follows is a charming story of friendship, shown both through the journey that your yarn avatars embark upon, but also in parallel through the tale of two childhood friends. This unfolds in the background via ghostly imagery as you see glimpses of two kids and their escapades. It’s abstract stuff, and it seems surplus to requirement in delivering Unravel Two’s message. After all, the journey of your two characters already hammers home the ‘bonds of friendship’ point perfectly.

Wonderful story of friendship aside, the addition of a second character opens a whole host of new puzzle and platforming possibilities. The arrival of a second Yarny leads into the most obvious change – Unravel Two offers two-player couch co-op. This change, along with the addition of a wall jump ability, are the only new mechanics, but it creates such a fundamental shift in how the puzzles are approached.

In Unravel, players were tethered to a point and could only venture a certain distance before running out of thread; in Unravel Two, that tether point is the other Yarny, who can also move around the level. You can use this to your advantage by getting one character up on a ledge and then having the other pull themselves up the thread, or even have one Yarny act as an anchor point for the other to swing from. By doubling the number of moving parts, the puzzles have become more engaging, as you must now consider both of your Yarnys when tackling obstacles.

Even if you can’t find any friends to play with, Unravel Two works just as well in single player. When playing by yourself, both Yarnys are still present, but you can switch control between them at the touch of a button. There is some intelligence to this system too, so if you leave your spare Yarny hanging from a ledge or holding back a stone, they will maintain the action you left them performing. Then, when you’re involved in one of Unravel Two’s thrilling chase scenes, you can pick up your companion, giving them a piggyback ride as you flee from danger. 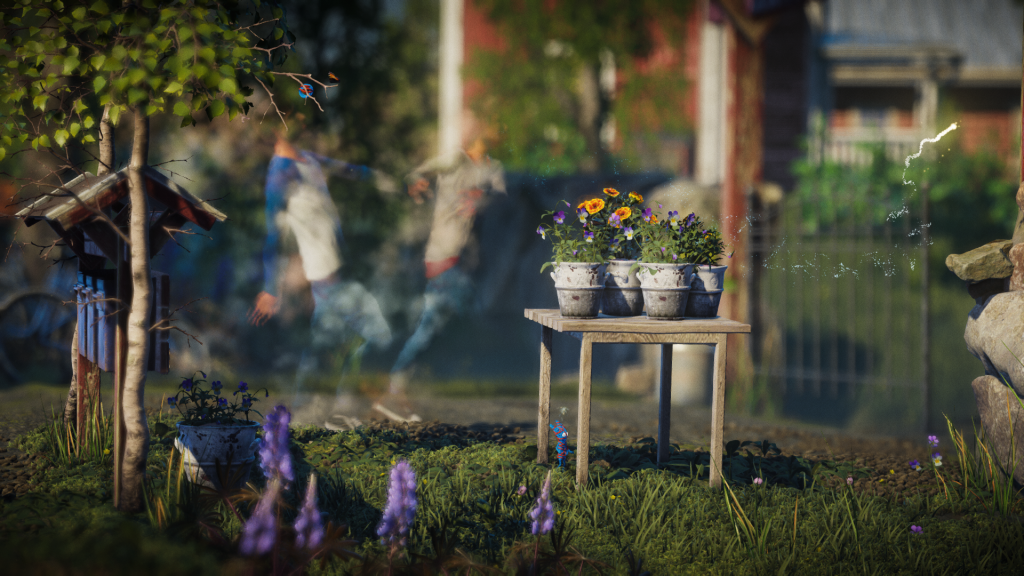 If you do manage to find another human being who can stand to be in your presence, then Unravel 2 offers an entertaining co-op experience. Co-op platformers are, ironically, usually a great way to lose friends if one of you keeps dying, but Unravel Two manages to circumvent this issue. The puzzles generally allow one player to do the heavy lifting if need be, while the piggybacking system means you can literally carry your partner through tricky platforming sequences. This helps to alleviate some of the stresses of co-op gaming, allowing players of all skill levels to enjoy the adventure.

Beyond the addition of co-op, Unravel Two plays much like the first – the Yarnys can use their woollen bodies like a lasso to grab onto points, rappel up and down walls, swing across gaps and tie knots on hooks to form bouncy platforms and bridges to push objects over. The interactions between these abilities and the environments are where the meat of the puzzles lie, along with the consideration of both characters. After all, it’s no good getting one Yarny to the exit if the other is still stuck.

To illustrate this, one section requires you to rappel a character down a shaft and then swing them to the side, avoiding a dangerous electrical arc. Once safely down, the second character must then tie two knots to form a platform for their compatriot to land on. Boom! Teamwork makes the dream work.

Unravel Two comes across as more of a playful adventure than a harrowing journey. Those chase scenes I mentioned earlier were present in the original Unravel, but they’re more commonplace in the sequel, with the most memorable being an exciting escape from a seriously irate grouse.

The focus on fast-paced action helps to lift the mood of the game; where the original would leave you dwelling in a dark room looking for an escape, Unravel Two keeps you constantly moving forward. 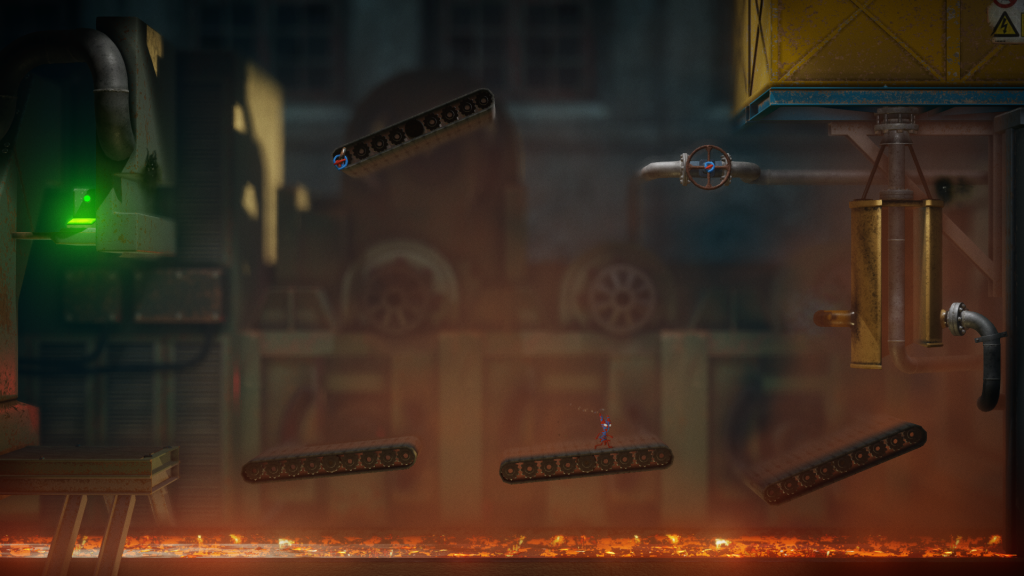 It speaks volumes about the imaginative, and yet entirely grounded, world that Coldwood has built here that one of the fiercest foes you’ll face in Unravel Two is a grouse. Not a magic talking grouse with seven health bars either, just a run-of-the-mill bird with an aggressive dislike of sentient wool. Yet, despite that, that chase scene is as thrilling as any you’ll find in grittier titles elsewhere.

While Unravel Two is more exhilarating than its predecessor, the main campaign is also decidedly easier. The trade-off for achieving that faster-paced, rip-roaring adventure feel is that the puzzles have been toned down to ensure you never get stuck in one place for too long. Players looking for more of a challenge needn’t fret though, because Unravel Two also features a series of optional challenge levels. There are 20 in total, all offering stauncher opposition for your intellect and abilities once you’ve beaten the main game.

The adventure is underpinned by soft and ethereal instrumental music, broken by the ambient sounds of the world as owls hoot, birds chirp and leaves rustle. This calm, soothing ambiance gives way to upbeat, high-tempo pieces during the more action-orientated scenes, emphasising the sense of urgency and danger. 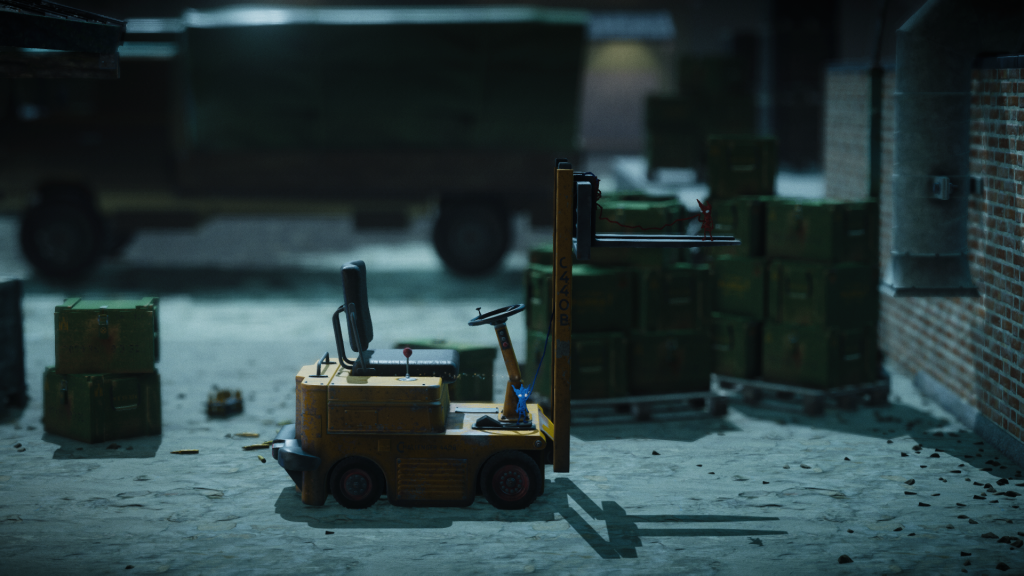 Unravel’s trademark visual style returns too, with beautiful photorealistic environments viewed from the Yarny’s tiny perspective. It’s reminiscent of those forced perspective photographs you see that make little model towns look like the real thing, only in reverse.

If red isn’t your colour then don’t worry, Unravel Two has you covered, as you can now customize your character’s appearance and colour. New heads, eyes and body types can be unlocked by completing the optional challenge levels. Fair warning though, it will let you make both Yarnys the same colour, which is a recipe for confusion and failure. Don’t do it.

Unravel Two is a fantastic successor to the original and the ultimate proof that you don’t always need to reinvent the wheel in a sequel. The addition of a second playable character and slight speed boost are all Unravel needed to elevate itself from a good game to a great one.