There’s no getting away from it: Unit 13 can feel like a placeholder, occupying a slot in PlayStation Vita’s early line-up until something bigger and better comes along. It’s a military shooter, it has two-player online co-op, and it will cover those bases until a Call of Duty, a Medal of Honor or a Battlefield makes its way to Sony’s new handheld.

Yet this is doing the game a bit of a disservice. It might not look distinctive and it might suffer from a lack of a compelling story or innovative game ideas, but in its own slightly workmanlike way, Unit 13 is quite a clever handheld shooter. It does what it does very well, and it’s been structured in a way that makes it perfect for fast, full-blast sessions of action. It’s also surprisingly addictive, and not nearly as instantly forgettable as some people have suggested. 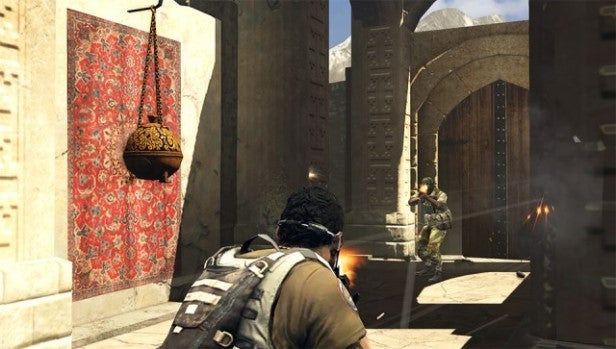 We won’t go into too much detail on the premise, because lord knows the developers didn’t bother. Unit 13 is some kind of international counter-terrorism force that takes on missions to tackle terrorists. It has x members with a range of entertaining US, British and foreign accents, and each one has a speciality, ranging from stealth to sniping and all-out assault. Each mission involves being dropped into an area where those terrorists are hanging around or up to something nasty, and you have several objectives to complete before you can be extracted. There’s no real connecting storyline that we can spot, and what personality there is comes down to some radio jabber, some of which shows a sense of self-aware humour that you wouldn’t suspect the game possessed. 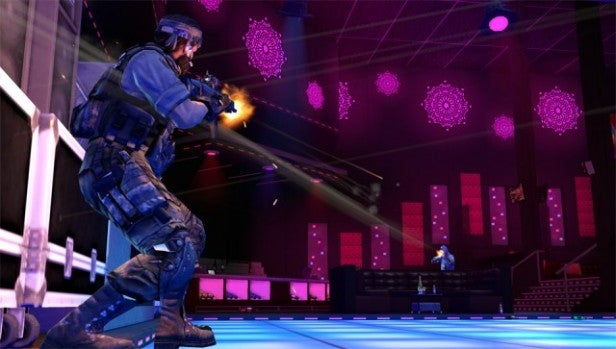 Missions are picked from a grid. You start in the top-left corner and, by completing missions and unlocking the adjacent ones, you slowly work your way through the lot. To keep things varied, each mission has a type with its own rules. In Direct Action it’s just about killing terrorists, grabbing information and blowing things up, but in a Covert mission a single alarm will end the mission, while Deadline missions have you working – for some obscure reason – against the clock. In Elite missions your health, which usually recharges in classic Call of Duty style, no longer does so until you reach specific points. Most missions can be tackled in between five and fifteen minutes, and none outstays their welcome. In fact, there’s a high level of tension all the way through. 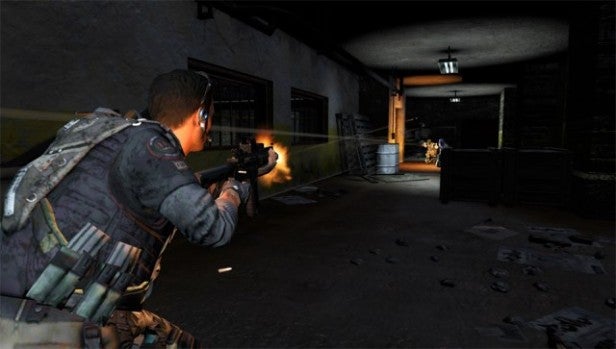 The game works from a third-person perspective, and gives you some indication of how good Vita’s dual-stick setup is for shooters. The left shoulder button aims and the right one fires, and you can switch to sights or a sniper zoom at a tap of the touchscreen. The game’s cover system works well, with your current hero hugging the nearest crate or wall at a touch of a button, and other controls like grenades or button interactions are sensibly mapped to the touchscreen. Suddenly, the small disparity between Vita’s controls and PS3’s seem even less of an issue.

You can grumble all you like about Unit 13 as a single player game. The environments, apart from a fantastic crumbling prison, are all a bit samey, and there are a lot of generic barrels, crates and warehouses knocking around. While the characters look like they might have come from an early PS3 game, the scenery has a horrible habit of reminding you of what PSP shooters used to look like. There are no real set-pieces and no real drama. 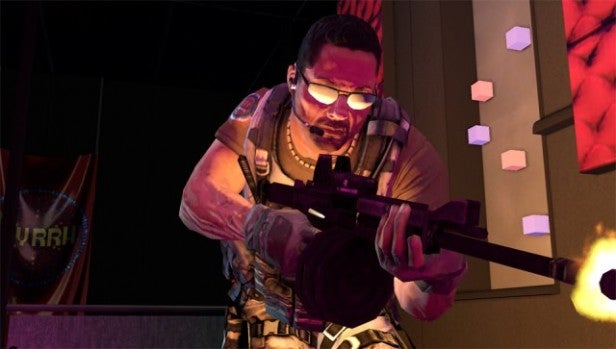 Yet there’s something about Unit 13’s businesslike attitude that just works. At heart it’s a score attack game, where your rewards come in taking out the bad guys in the most efficient way possible and working you way up the leaderboard. Each kill is even met with a comment, congratulating you on your latest headshot (and adding bonus points) or telling you in an offhand fashion that this particular kill is just a kill.

Success earns experience points and experience points see you level up, and levelling up unlocks better weapons. The challenge level ratchets up at about the same pace as your skills develop, and eventually completing missions will unlock High Value Target missions, with an extra level of challenge. It’s a solid pick-up-and-play action game and surprisingly compelling. You could play it for just one mission, but it isn’t often that you do. 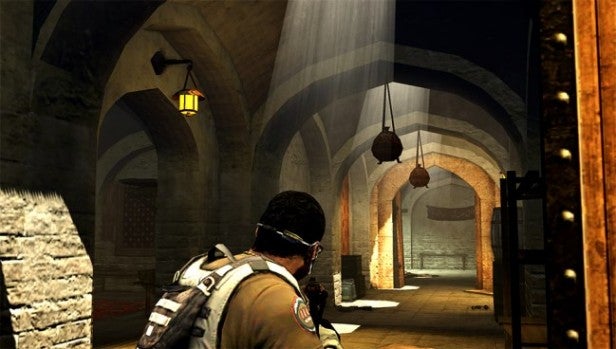 What’s more, the structure works even better for co-op play. You can go through the matchmaking system, find a buddy, have fifteen minutes of good blasting and you’re done. There’s a healing mechanic so that you can keep your new friends on their feet (and visa versa), and there’s something about working together to complete objectives and blow away the baddies that’s particularly satisfying. There will be times when a hard mission sees you running through the same mission over and over again – checkpoints don’t appear to work in co-op mode – but this makes it all the sweeter when you triumph. 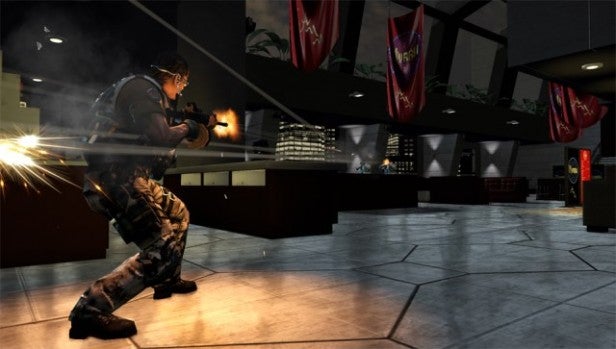 There are deeper co-op experiences around on the Xbox 360, PC or PS3, and nobody could seriously compare Unit 13 to Call of Duty’s Spec Ops, let-alone the co-op modes in Gears of War or Army of Two, but it’s proof that this kind of thing can work – and work well – in a handheld game.

Verdict
It’s no handheld Call of Duty or Battlefield, but by stripping back the military shooter to a quick-fix, high-score fixated, all-action core, Unit 13 delivers a surprisingly enjoyable and addictive game. Inevitably it will fall under the shadow of bigger, better-looking and more ambitious games, but if you want to try this kind of thing on your PlayStation Vita right now then Unit 13 is an easy recommendation.