Every new console needs a flagship title, and there’s no question that Uncharted: The Golden Abyss is Playstation Vita’s. Standing in for Naughty Dog, Bend Studio has produced a game that captures the look and feel of one of the most advanced series on full-sized console hardware, and by that we don’t mean something with the compromises of the PSP versions of God of War, Resistance or Ratchet and Clank, but a game that retains pretty much the same experience. 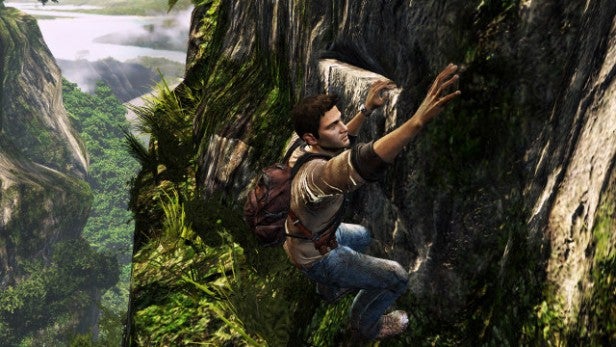 We won’t pretend that it’s identical. Uncharted 2 and Uncharted 3 have some of the richest, most sumptuous visuals of any game on Xbox 360 or PS3, and The Golden Abyss can’t boast the same levels of textural detail, the same surface gloss or the same sophisticated lighting. The palette of colours seems reduced, there’s a fair bit of aliasing on show, and there are signs that the game isn’t quite running at the full resolution of Vita’s 960 x 544 pixel screen.

All the same, with its verdant jungle scenery, beautifully-rendered water and convincingly animated characters, The Golden Abyss does a fairly sterling imitation of the original Uncharted: Drake’s Fortune, the lighting has the same cinematic feel, and Drake and his supporting cast look solid and believable in their motion-captured cut-scenes. 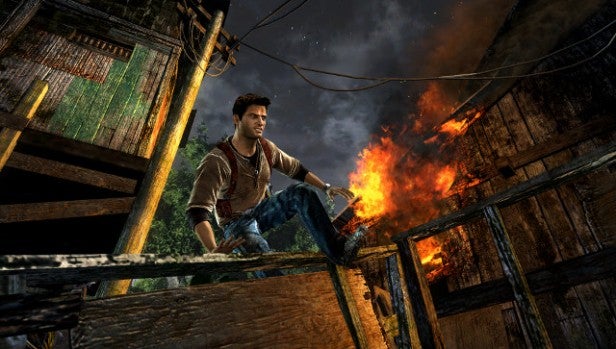 What’s more, the production values are a match for the PS3 versions. The Golden Abyss is every bit as film-like and story-driven as any other game in the series. The use of dialogue, not just in the cut scenes but throughout the action sequences, is exemplary, and the acting, music and general audio help maintain the illusion.

The analogue sticks, while not quite offering the targeting precision of the PS3’s Dual Shock 3 controller in the shooty bits, still give the game a natural feel that you soon get used to. Like the best Vita games, you play The Golden Abyss and come away convinced that a handheld can do console-quality games. In this respect, it’s a case of mission accomplished. 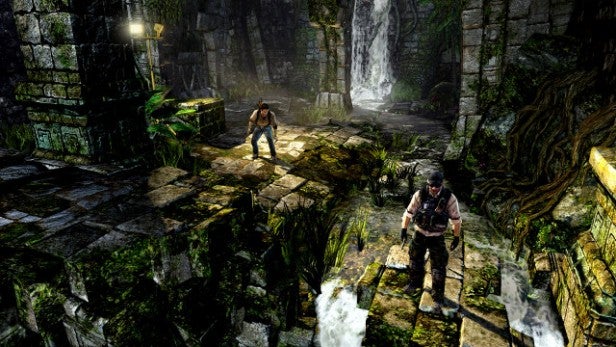 But this wasn’t enough for Bend. Seemingly under some directive that the game had to use every feature of Vita, it packs in touch controls for investigating objects, slicing through obstacles and navigating platforms, bars and ledges plus motion controls for balancing and fine-tuned aiming. It even finds a couple of ingenious uses for the PS Vita camera.

At times this feels gimmicky, and in a way it cheapens the running, climbing and jumping portions of The Golden Abyss to have them – as they are – virtually automated at a tap and swipe of the touchscreen, but rubbing mud off a 3D object that rotates as you tilt Vita is an interesting diversion, and some of the touchscreen based puzzles work surprisingly well. What’s more, sniping using the tilt sensors actually feels a little more accurate than using the right thumbstick, once you get used to the slightly odd sensation.

In terms of gameplay, The Golden Abyss sticks fairly closely to the Uncharted template, alternating between Tomb Raider-style platforming and cover-based gunplay, with the basic formula punctuated with puzzles and the odd big set-piece. There’s a limitation on how many enemies you can have on-screen at any one time, which The Golden Abyss gets around by placing a new wave of foes onto the scene as you wipe the old ones out.

Stealth is also an option, with touchscreen-based close combat controls for surprise attacks and hand-to-hand scraps. Enemy AI isn’t exceptional, but it’s not spectacularly dumb either. As this has never been one of Uncharted’s strongest points, you could even say it’s just another way in which the handheld game replicates the full-sized console’s. 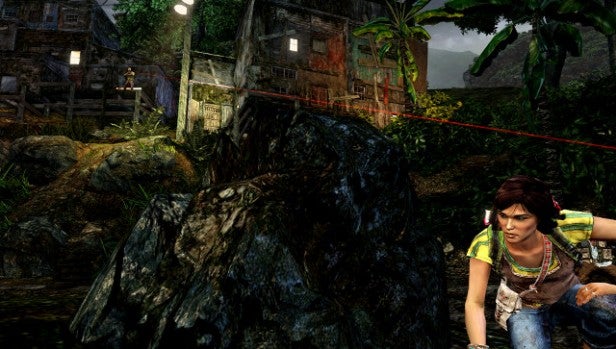 Meanwhile, the other thing that concerned us – that without Naughty Dog at the helm the storytelling would suffer – turns out to be a non-issue. The Golden Abyss takes place in the period before the PS3 trilogy, putting Nathan Drake in with new friends and enemies and the obligatory
character who could be either, but it’s close in spirit to the Uncharteds we already know and love, and neither the characters nor their words and deeds play false. 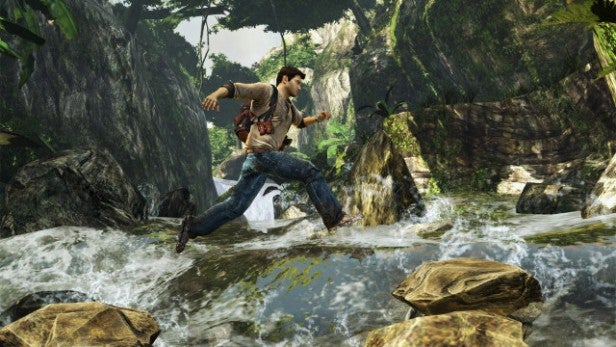 Arguably the only serious disappointment is the lack of any multiplayer features. At the time of writing we know that there are some network features, though these aren’t currently live, but these don’t extend to the full online Uncharted experience. We’ll update this review when we know more. Certainly with a lengthy campaign and masses of bonus collectibles for replay value it’s hard to complain that The Golden Abyss offers a poor package – and the original Uncharted didn’t have multiplayer either. 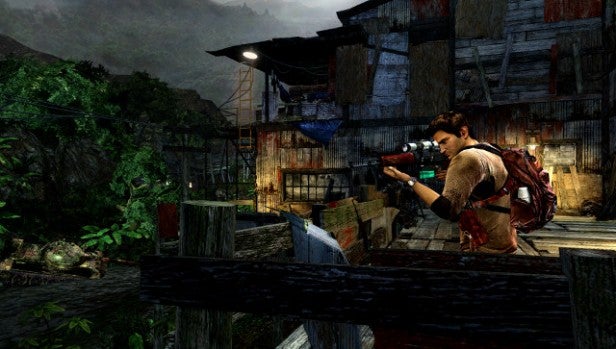 In short, The Golden Abyss is an impressive Vita debut, providing all the convincing many will need that Vita can do exactly what Sony claims it does. So why, you might ask, the slightly conservative score?

Well, there’s no doubting the consistent high quality of the gameplay or its production values, but somehow The Golden Abyss is missing something: those dizzying high points that have made Uncharted 1, 2 and 3 so magnificent. We’re not just talking about those incredible ‘did they really do that?’ set pieces, but about those superbly orchestrated moments of high drama that have your stomach twisting, your heart pounding and your behind hanging precariously on the edge of the seat. The Golden Abyss is never less than excellent, but beneath all that excellence there’s something slightly workmanlike. It’s a brilliant, well-crafted extension of one of gaming’s finest series, but one that lacks the genius of the originals.

Verdict
Uncharted: The Golden Abyss doesn’t quite reach the lofty heights of the best Uncharteds, but it’s still an enthralling blockbuster and a hugely promising showcase for the power of Playstation Vita. If you’re investing in Sony’s new handheld, this is a must-buy game.