In an MMA arena you’re surrounded by nothing but the roar of the crowd and the chilling collision of glove-on-jaw. It’s only after experiencing this that you can truly fathom the dedication, bravery and skill it takes to compete in the brutal sport. EA Sports’ UFC 2 does an excellent job of recreating this visceral experience. This is a beautiful game, but it’s also a violent one. Packed with content and more fighters than most arcade beat-em-ups, UFC 2 is a step-up in competition.

Its predecessor had some issues: there wasn’t enough to do and the ground game was poorly implemented. But EA has listened, and listened well. First, there are a lot more fighters – over 240 across 10 weight divisions (including two women’s divisions). That’s far more than you’ll ever use, of course, but the fact is if there’s a fighter you like, chances are they’re in the game. 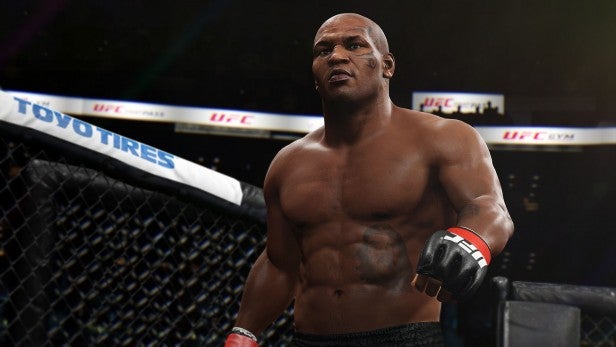 Every combatant has been given an incredibly accurate in-game avatar. This isn’t like other sports titles where once you step below the elite stars, everyone blurs into a generic face. Everything from their tattoos to ring entrances and mannerisms is here. Even their hair flops around as they bounce around the cage, meaning Clay Guida looks as crazy in video game form as he does in real life. It’s a notable improvement over its predecessor, and arguably stands alongside NBA 2K as one of the best-looking sports game on the market.

In the cage, UFC 2 continues to impress. Fights are fast and frantic, and thanks to a more streamlined ground game, you no longer have to worry about desperately wagging the right stick hoping something good happens; now you’ll know what you’re doing. Moving the stick in one of four directions (with triggers acting as modifiers for more advanced techniques or submissions and defence), fighters will advance their position on the ground or look to stand up. Everything action is also explained to you with a very useful UI popup that appears once grappling starts. The popup details what each stick movement could lead to, creating a much simpler fighting mechanic.

However, at times defending transitions on the ground can feel more like luck than judgement. Despite doing as instructed by the tutorial, sometimes you can still feel pretty helpless to your opponent’s advances to more dangerous positions. While still a big improvement, it’d be nice if one of the tutorials was more explicit as to why transitions succeed or fail.

The extra information sounds great on paper, but it can be a blessing and a curse in practice. A 2D body display next to your fighter shows the amount of damage each area’s taken, which will slowly recover over the time. The problem is, you can’t turn this display off and will naturally start targeting the “most red” part of your opponent’s body, thinking a finish is near, which isn’t always the case. 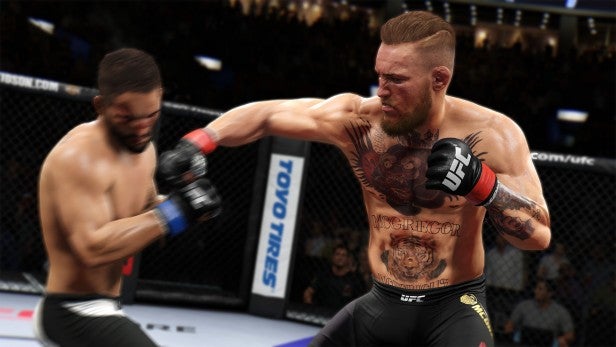 Knockouts will also produce some memorable moments. Thanks to a new physics system, fighters fall according to how and where they were hit. For uppercuts in particular, this is particularly stunning. I’ve seen fighter’s legs give way and go flying across the cage after a powerful shot, leading to some audible gasps and me grabbing of my phone to record the replay for bragging rights.

In terms of stuff to do, there’s plenty. Several new modes mean that tedium is kept to a minimum. The standout new entry is Knockout Mode, an absurdly fun game catered toward local multiplayer. Here, there is no ground game, fighters simply stand and trade blows until somebody falls asleep. You can assign how many hits it takes each fighter until the lights go out, and even have it so successful parries grant you a point back, delaying your potential loss. It’s a mode that allows casuals to enjoy the game without worrying about the technicalities of jiu-jitsu and wrestling.

Custom Events is another welcome addition. In it players can put together their own card of up to 11 bouts, and choose to either compete in their dream-team matchups or watch the chaos unfold in AI-controlled fights.

Career Mode lets you to create a character from scratch, or import a current roster fighter with their stats reduced. The mode hits many of the same beats as its predecessor, though the training mode has been given a nice refresh. In the new training mode you can earn stat boosts by performing well during drills. However, there’s also the risk of picking up injuries if you push too hard. The mechanic is fun to begin with, but eventually you’ll find yourself skimming training sessions out of boredom and the career mode will start to feel all-too-familiar. 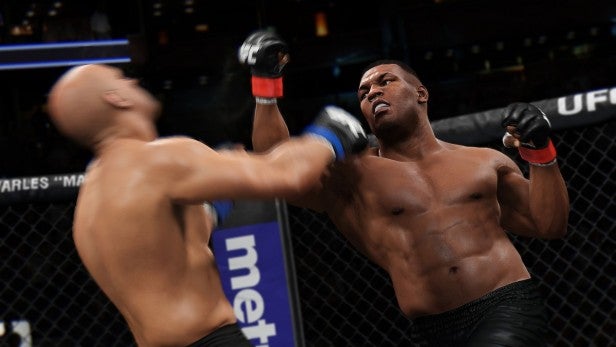 Thankfully, Ultimate Team can operate as the more exciting, online-cousin to the underwhelming career. A mode found in almost every EA Sports title, Ultimate Team is surprisingly well-implemented here. Players create a fighter across five weight classes (lightweight-heavyweight, which is a bit disappointing that not all divisions in the game are present), and then compete to earn cash which can be spent on card packs, which unlock stat boosts as well as new moves which can be applied.

Card-collecting quickly becomes addictive, and gives you an excuse to create the full limit of five fighters, as you’ll want to make the most of every fight discipline available. It’s an excellent system and one I didn’t expect to hook me as much.

Another small but persistent issue is that some strikes feel a little flat and underpowered. A match winning punch should look, feel and sound like it could knock planets out of existence, but too often significant blows land with a whimper. Watching a fighter crumble at the landing of an exhausted ‘tap’ can break the immersion.

One area that hasn’t improved is the commentary. While Joe Rogan delivered more eloquent lines of dialogue, Mike Goldberg speaks like a tourette’s-affected slam poet. When there’s only one recording of a fighter’s name, having it delivered completely out-of-tone to the rest of the sentence is incredibly jarring.

These issues aside, EA should be commended for taking two-years to provide a much-improved sequel. UFC 2 presents a huge step up over its predecessor, with more modes, more fighters, better in-cage action and incredible visuals. While I can’t speak for the online modes yet, as things stand, UFC 2 deserves a spot on every fight fan’s shelf.