With Alexa integration coupled with ear-splittingly loud volumes and pretty decent battery life, the UE Blast is one of the best smart portable speakers on the market.

What is the UE Blast?

The Blast is the smaller option in Ultimate Ears’ portable speaker range, sitting underneath the huge Megablast speaker.

From far away, it looks identical to the UE Boom 2. Look under the hood, however, and you’ll find a number of significant upgrades – chief of which is the addition of Alexa support.

The smart functions, coupled with ear-splittingly loud volumes and marathon battery life, make the UE Blast one of the best Alexa-powered portable speakers on the market.

UE Blast design — A tough, rugged speaker able to withstand being chucked around

The UE Blast looks almost indistinguishable from its predecessor, the UE Boom 2. It’s a vertical-standing cylinder, with a wraparound speaker grille that’s broken up by a rubber strip that runs up the unit from top to bottom.

On the top sits the power and Bluetooth pairing button, while down towards the bottom is a port for access to its Micro USB connection. The Blast also works with UE’s Power Up stand charger, but that will set you back another £35 on top.

On the speaker’s front are clearly marked physical volume controls. And, another feature it shares with the Boom 2, is the same IP67 waterproof and dust-proof certification, so it can survive being submerged in water of depths up to 1m for up to 30 minutes. 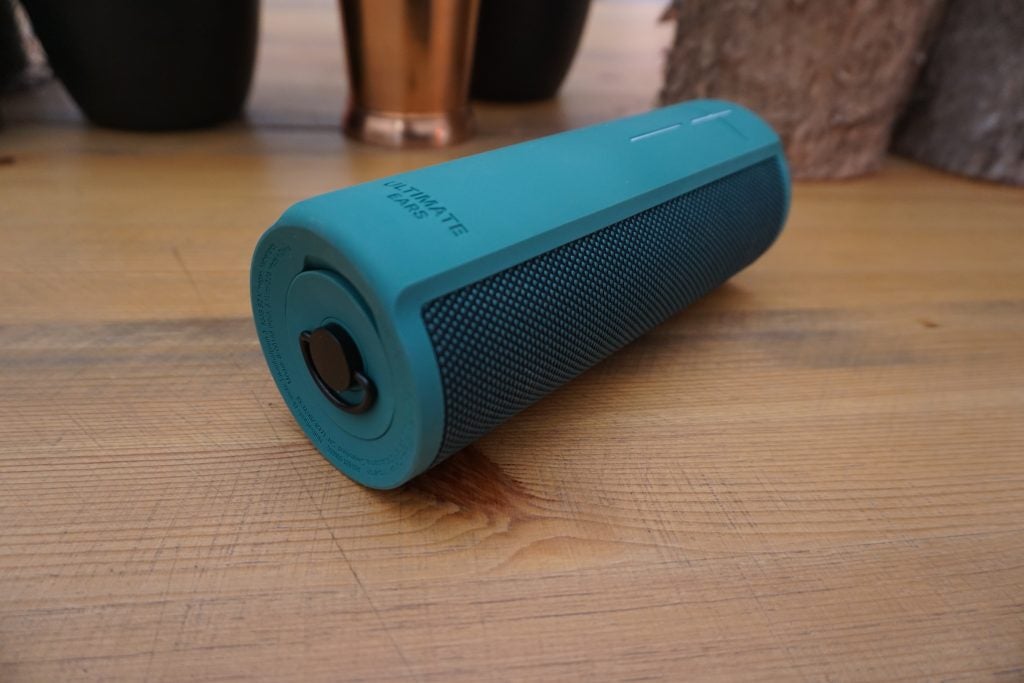 Following an encounter with my neighbour’s labradoodle, which accidentally mistook the Blast for a chew toy, I can confirm that this speaker is pretty rugged. Despite Princess’ best efforts, the Blast continued to play Meatloaf throughout the ordeal, surviving the attack scratch- and mark-free.

Any physical differences between the Blast and Boom 2 only become apparent when the two speakers are placed side by side. The Blast is roughly a centimetre or two taller, measuring at 188mm. It also has the Ultimate Ears branding etched into the bottom of its front band.

There are more significant differences under the hood, with UE the speaker design having undergone a tweak and and two omnidirectional microphones added to accommodate Alexa.

Alexa support works as it does on the Megablast. Set-up requires downloading the Ultimate Ears app, either on iOS and Android and from there are a series of on-screen instructions to pair the speaker to your Wi-Fi and Amazon account. 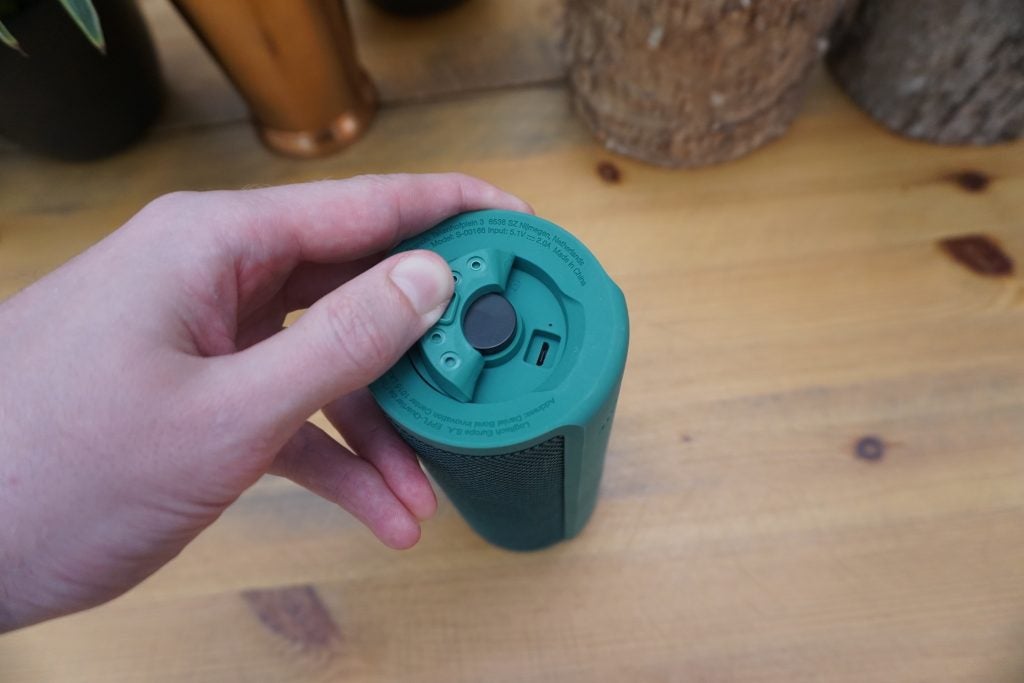 Say Alexa with a command and she’ll jump into action. These actions include everything from skipping or pausing music, to playing a specific genre or band. Note that the speaker comes with a three-month free subscription to Amazon Music, which is a must; Alexa still doesn’t play nice with Google’s own music service.

Commands work well enough. In my home office, Alexa never once struggled to hear my commands. Alexa isn’t the smartest digital assistant around, struggling with complex commands and multi-layered questioning, but she’s more than good for basic activities.

If anything, I was surprised by how well she used my Amazon data to discern my tastes. On one occasion I flippantly told her to “play something good”, only to be met with a playlist devoted to Rush and other classic prog bands. The machines are learning.

As before, my issue with Alexa stems from the slightly fiddly pairing system. Alexa needs to connect to the Internet via Wi-Fi. This is fine, but means whenever you ask her a question whilst streaming music via Bluetooth – which most people do – she’ll take over and switch the Blast to Wi-Fi, bringing to a half whatever you were listening to. 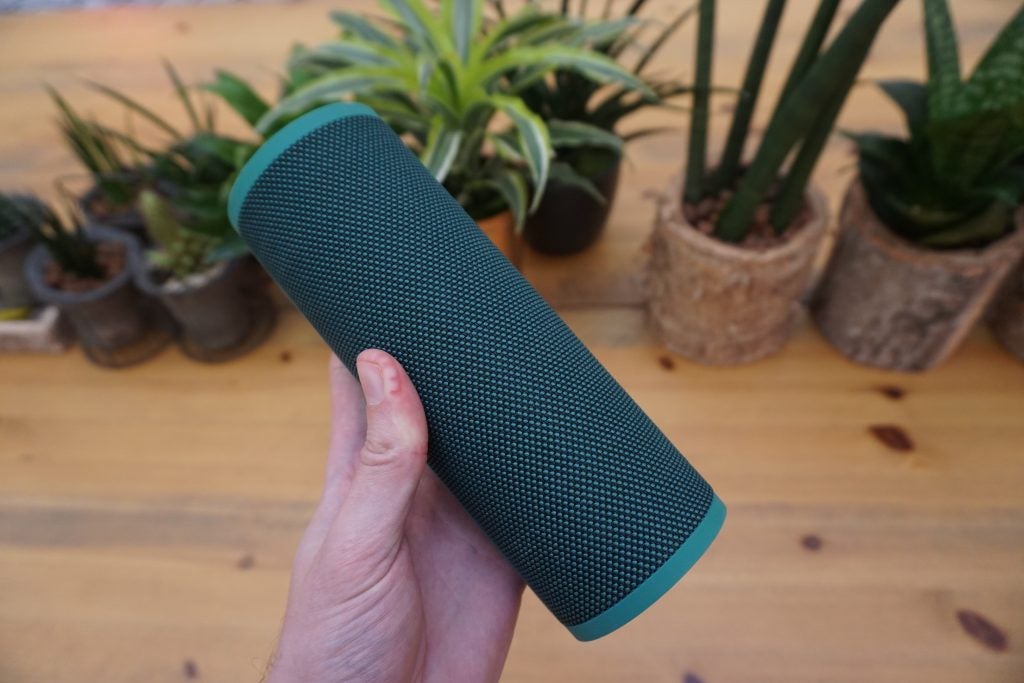 Personally, I’d prefer if Amazon and other speaker makers produced a more intelligent system that could return to the original audio connection’s source. However, given no speaker offers such functionality, I can’t be too harsh on the Blast for it.

I am a little more annoyed that one of UE’s more interesting features has been cut to make room for Alexa. Unlike UE’s non-smart speakers, the Blast doesn’t support “Party Up”. Party Up let you pair multiple speakers via Bluetooth. I can’t see any true audiophile viewing speakers with this feature as a true multi-room solution, but Party Up is great for house parties, and its absence here is a little disappointing.

If you’ve been experienced an Ultimate Ears product before, you’ll be aware of it’s most eardrum-splittingly loud, 360-degree audio. Every UE speaker I’ve tested since the original Boom has been louder than its dimensions suggest, which is a great considering their focus on party and outdoor environments. The Blast continues this trend and is one of the best-sounding, small-form-factor smart speakers I’ve tested.

Testing the two side-by-side, I couldn’t detect much difference between the two’s max volumes. However, this is mainly because on reaching 70%, I was already into ‘annoying the neighbours’ territory.

Audio quality does feel a little more refined here than UE’s previous offerings. Highs and trebles aren’t as ably handled as the competing Bose SoundLink Revolve 360 speaker, but they’re a clear-cut above the Amazon Echo, or Google Home. 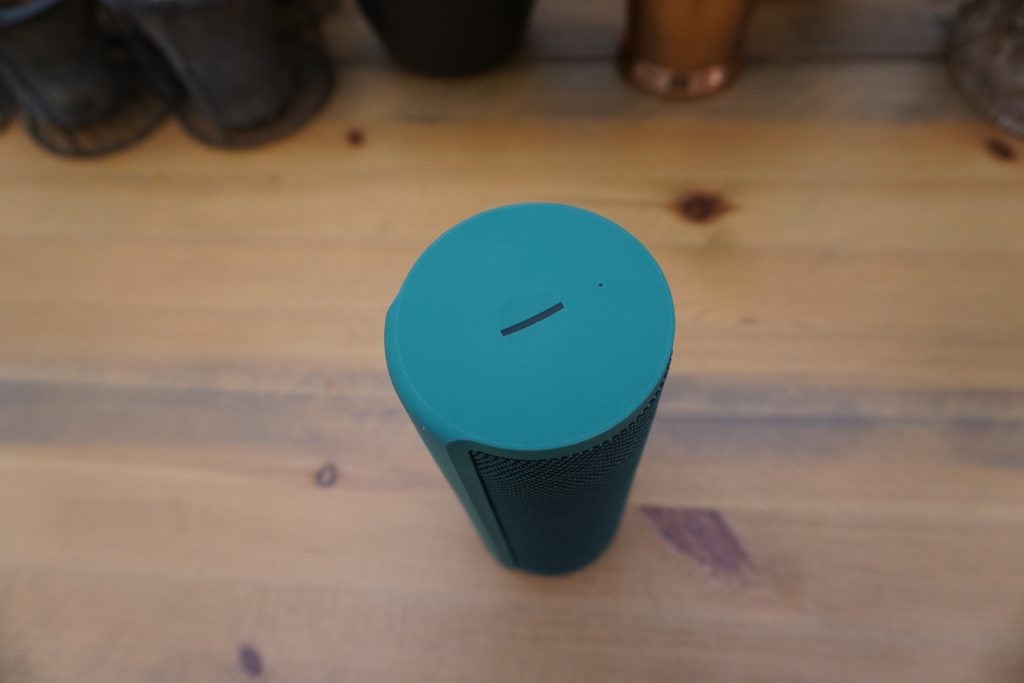 Listening to post-rock, the reverb-heavy guitars displayed a pleasing twinkle and were wonderfully detached from the rumbling base and mid-heavy drums. Jazz piano sounded suitably sparkly, and in general the Blast dealt with more complex arrangements surprisingly well.

The speaker also remained distortion-free at volumes the Boom 2 began to struggle at. Blasting out mid and high heavy punk music, the guitars and drums retained their bite and dynamism without sibilance creeping in.

The low end is a little fat and warbly on more bass-heavy genres, but is fine and a little more forceful than that of the Bose Revolve – which at times can sound a little lean.

All-in-all, the Blast’s sound quality is a cut above the Amazon Echo, and more than good enough for non-audiophiles on the hunt for a Bluetooth smart speaker for casual listening.

Battery life is also solid. Though I never got the full quoted 12 hours – though I was playing the Blast at high volumes – it consistently lasted a full working day off a single charge. 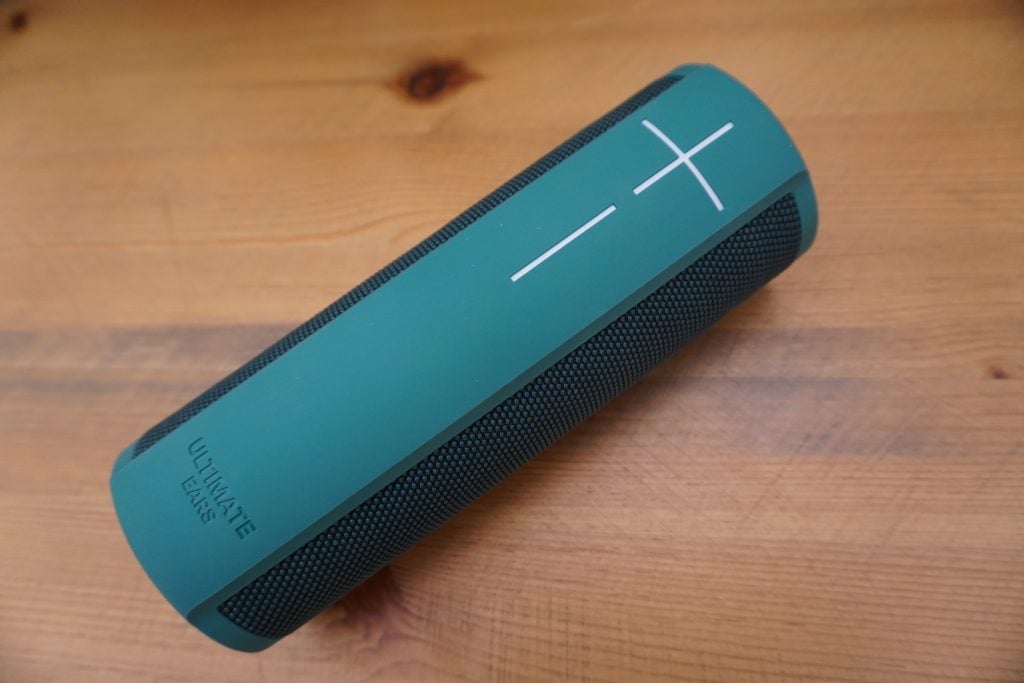 Why buy the UE Blast?

If you’re in the market for a rugged smart speaker then the Blast is one of the best options available.

It offers significantly better audio than the Amazon Echo, and even comes close to matching the Bose SoundLink Revolve. Add its close-to-indestructible design and insane maximum volume levels, and the Blast easily earns its place as a speaker.

The downside is that it only supports Alexa, which is annoying for those embedded in Google or Apple’s ecosystems.

The UE Blast with Alexa is the one of the best portable Bluetooth speakers with Alexa money can buy.