The day of using VHS tapes for movie playback may be long gone, but there’s still many a video deck going strong in households across the country, used for recording episodes of Corrie, Emmerdale and Eastenders. Despite the advent of recordable DVD, they’ve never seemed to really take off in the same way that VHS did all those years ago.


Perhaps with the arrival of the hard disk-based PVR (personal video recorder) and widespread adoption of digital TV, the humble video recorder will finally die a death. They’re certainly becoming more widespread. All the major media companies now offer some sort of hard disk-based recorder with their services, and the number of Freeview boxes in the shops is mushrooming. 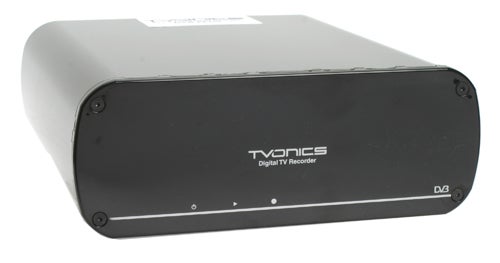 The latest to hit the TrustedReviews office is from Welsh firm Tvonics, a company specialising in selling homegrown Freeview equipment, whose products are manufactured for them by Sony in the UK.


The DVR-250 is the first Freeview box I’ve seen to bear the Freeview Playback logo. This is a marketing campaign aimed at making hard disk set top boxes more accessible and easy-to-understand for the general public, in much the way that Sky did with Sky+.


But apart from the logo, there doesn’t appear to be anything different between this and other, Freeview PVRs I’ve seen. It allows you to record programmes directly from its electronic progamme guide (EPG). You can pause and rewind live TV then forward wind it later. Its twin tuner allows you to watch one programme while recording another. You can use it to ‘instant’ record the channel you’re currently watching, and there’s also a timer mode, for those occasions when you don’t want to record a whole scheduled programme. 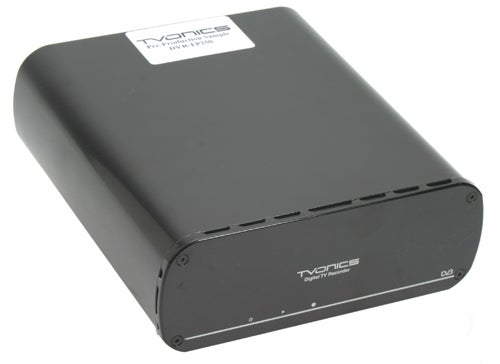 Where it does differ from most is in its capacity. Pop down to your local electronics retailer and the most common storage size you’ll see is 80GB, with perhaps one or two 160GB boxes in addition. This one has a whopping 250GB hard disk and is capable of storing up to 125 hours of TV – enough for recording and storing Ben Hur in its entirety 35 times over. If that’s what tickles your fancy…

Another feather in the DVR-250’s cap is its small form factor. Unlike Sky’s offering or the Top Up TV box I reviewed recently, it’s small and compact. About the width and length of a shoe box and the thickness of a 1,000 page hard back and with a stand that allows it to be stood on end, this box can be tucked out of the way on your equipment rack and doesn’t have to take up a whole shelf. 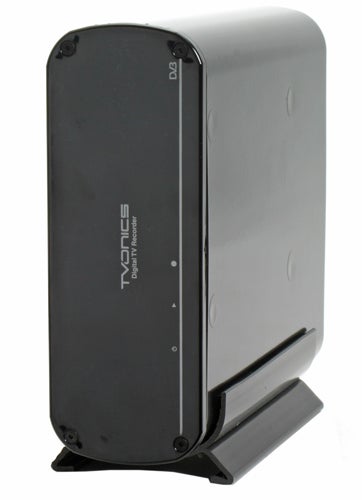 It’s pretty unassuming too. The front panel has just three LEDs on it behind a dark tinted plastic fascia, one to indicate power status, another for playback and the last for recording status. There’s no clutter and as a result it looks pretty good. Around the back, there’s a pretty standard array of connections with SCART in and out, a pair of RF inputs and outputs looped together out of the box, and an optical output so you can enjoy what few digital surround sound Freeview broadcasts there are in all their glory.


One of the most irritating things I have found about watching TV on various Freeview boxes over past couple of years is responsiveness. With so many channels now available, the ability to navigate through them at speed is paramount, but many Freeview decoders are sluggish. Interactive services suffer from the same problem, often taking a few seconds to bring up BBC multiscreen or text and blacking out the screen in between. The DVR-250 suffered none of these problems and navigating through the program guide, and flicking between normal and interactive TV services was both quick and responsive. 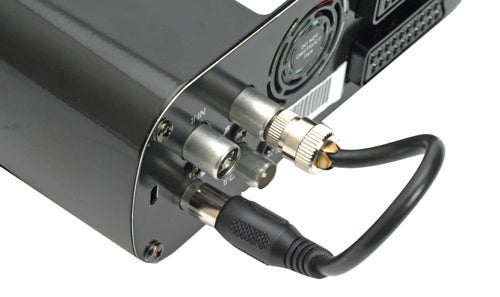 Other nice touches include the ability to round up or down channels if you forget the number and drop in on one that doesn’t exist by accident. If you tap in 75 for instance, which currently doesn’t exist, the box finds the channel with a signal and tunes you in to that. In the box, you also get a Sky-alike remote, with limited universal remote functionality, allowing you to control both your television and DVD player alongside the Tvonics DVR.

That, however, is where the good news ends. Picture quality is no more than average. Flicking between the integrated tuner in my HD Samsung 42in plasma, my Panasonic Sky receiver and the Tvonics box revealed a distinct disparity in quality. Pictures were more grainy and colours a little over-saturated, though to be fair, it’s not something most people would notice straight away.


A bigger flaw, however, is the lack of dual record facility. The 160GB Top Up TV box I reviewed earlier in the year had this feature, as do Sky’s HD and Sky+ boxes, allowing you to schedule programmes to record simultaneously. This is odd, since it has twin tuners and should be able to perform this function. 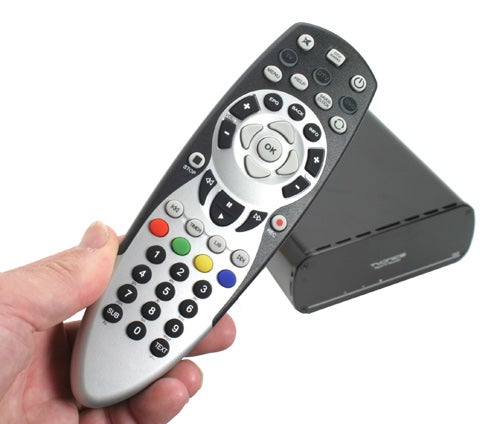 Other shortcomings include a relatively short, eight-day programme guide – the Top Up TV box had 14 days. The jumbo-sized green graphics that make up the electronic programme guide, apart from being more than a little garish, are also a bit too big, which means that programme titles are rarely displayed in full. Instead you get “Alistair Campbell’s…” or “Wimbledon…” or “In the…” and there’s a lot of flicking back and forth to the Info screen. There’s also no series link feature at the moment either, though this has been promised in the near future in an over-the-air update; worth checking before you buy.


In short, the Tvonics DVR-250 is a high capacity, well-designed PVR that’s generally easy to use but one that is far from perfect.


It does not allow you to record two things at once, has just an eight day programme guide and picture quality is only average. The price tag of £220 is reasonable for a PVR of this storage capacity, but alas this really isn’t enough to overcome its shortcomings.