The Turtle Beach Stealth 700 Gen 2 is one of the company's best gaming headsets yet, reaching a new level of build and audio quality that will make it an easy choice for new and seasoned players alike.

Turtle Beach is celebrating the new generation of consoles with the Turtle Beach Stealth 700 Gen 2, a headset that comes in two flavours: one for the PS5 and the other for Xbox Series X.

Coming in at a mid-range price, the Stealth 700 Gen 2 offers an abundance of audio capabilities and other features that will likely prove overkill for your average console player.

While it doesn’t reach the high standards set by some of its rivals, those after a competitively priced and incredibly capable gaming headset will be more than satisfied with the Stealth 700 Gen 2. 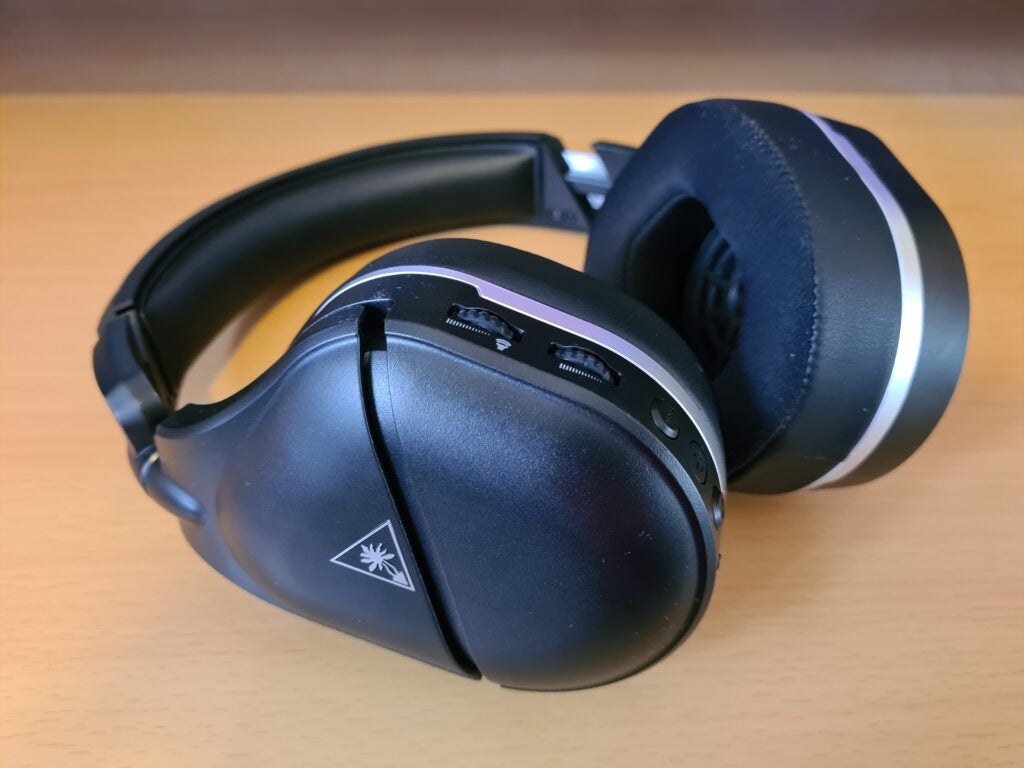 The Turtle Beach Stealth 700 Gen 2 currently retails at £129.99/$149.99/€151.68 for both its PlayStation and Xbox Series X/S variants. At the time of writing, the official website is sold out of both, but expect this situation to change as stock levels return to normal.

You’ll likely have an easier time tracking one down from third-party retailers such as Amazon or Game, although the situation there remains equally as turbulent.

Design – A bulky yet comfortable beast of plastic

The plastic that has long dominated Turtle Beach products returns with the Stealth 700 Gen 2, so those hoping for a more premium finish will likely be left feeling underwhelmed. This is a hefty beast of plastic, with only a small amount of metal thrown in for good measure.

However, as a consequence the Stealth 700 Gen 2 feels incredibly durable, and will likely stand tall in the face of a few unintended drops to the floor or rough handling by younger players. In terms of quality, they feel a step up on Turtle Beach’s cheaper products.

That being said, a more considered aesthetic would have been appreciated since they’re designed for specific platforms. Instead, we simply have a black and silver body. As someone who normally uses the PS5 Pulse 3D headset, perhaps I’ve grown too used to matching peripherals.

In terms of inputs, everything is on the left earcup. Buttons for Bluetooth connectivity, power, and audio are all nestled closely together. Volume and balance wheels are found just above them, with obvious indentations making it relatively easy to adjust things without pulling the headset off completely. 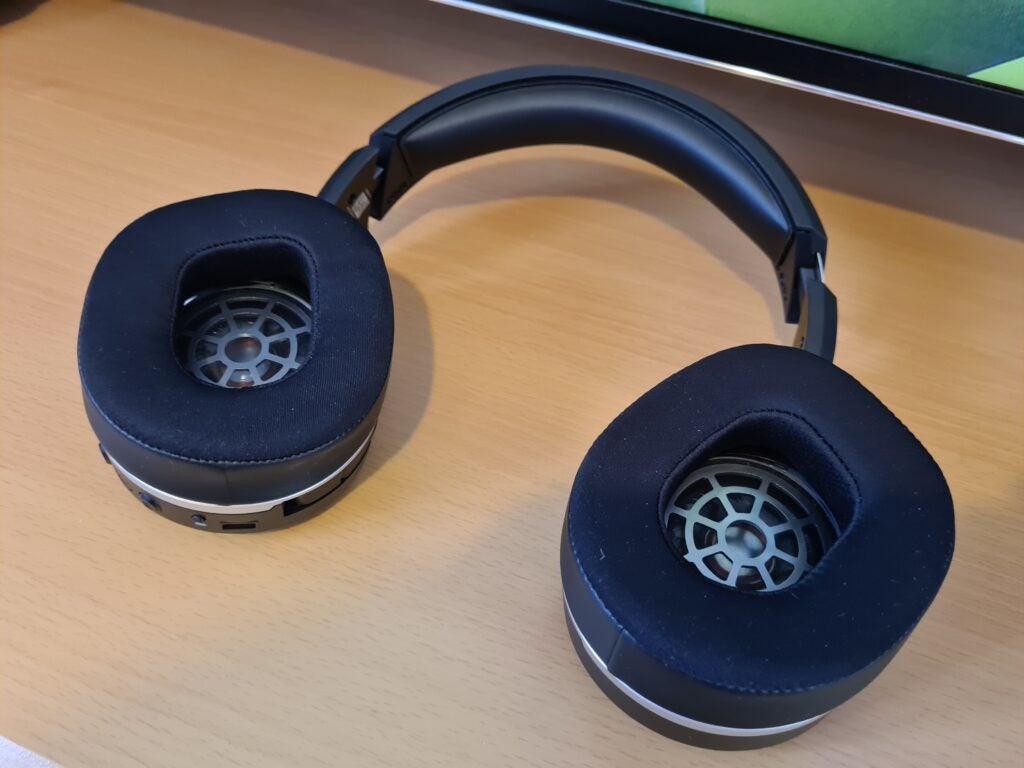 The headband is plastic, much like everything else here, but sharp metal innards can be seen clearly. Be careful not to trap your fingers while extending or closing the device after use; I’ve made that mistake with Turtle Beach products in the past. As for the earcups, they’re incredibly snug and comfortable – although glasses-wearers may find them a tad irritating, given how tightly the Stealth 700 Gen 2 hug the head.

You charge the headset via USB-C, and it connects seamlessly to my Xbox Series X using Xbox Wireless, the same method as a wireless controller. The PlayStation version requires you to plug in the bundled dongle, but is equally as seamless once everything is up and running and arguably more versatile since the adapter an be used for PC and Switch in docked mode.

Voice chat is intuitive for both variants, with the mic switching on dynamically as you pull it down from its holding position.

Audio and mic – Punchy sound and a crystal-clear microphone impress

The Stealth 700 Gen 2 comes fitted with 50mm nanoclear neodymium drivers that emit a smooth, satisfying soundscape that also isn’t afraid to make an explosive impact when it matters. Smooth sounds such as the flowing of rivers and casual banter of Yakuza: Like a Dragon pop just as much as the unpredictable firefights of Modern Warfare.

This headset strikes a wonderful balance regardless of what you’re playing, which is especially impressive given the conservative asking price. Cooling gel-infused ear cushions ensure all of the sound is trapped within your ears, stopping any leakage from the game itself, voice chat and all other applications in which you’re engaged.

You won’t be able to intricately differentiate each layer of audio as you can through the SteelSeries Arctis 9X, with some sounds appearing muddy and inconsistent when chaos befalls more hectic, action-based titles. Orchestral arrangements in Final Fantasy XIV sound fantastic, yet music enthusiasts hoping to pick apart each and every instrument will be disappointed. Nevertheless, the overall tone is left completely untouched thanks to the headset’s fantastic speakers. 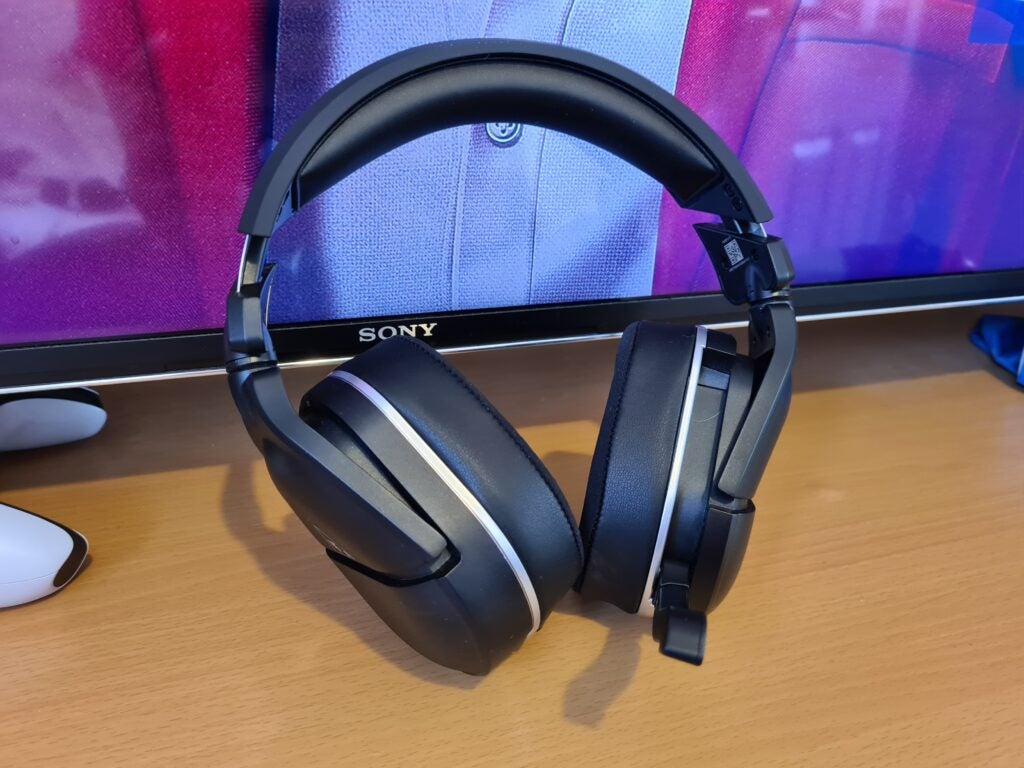 The microphone isn’t the most attractive piece of design. It’s a lump of plastic housed within the left earcup, which can be flipped down and switched on whenever you need it. I adore the intuitive nature of this design, meaning you’ll never need to go through the fuss of muting yourself or actually spending an entire match of Overwatch not realising that your rambles at the useless Widowmaker have been heard by the entire lobby. Yes, that happened to me.

Beyond such accidents, the microphone is more than adequate for regular gameplay and partying up with friends. I wouldn’t depend on it for accurate voice recording, but this likely isn’t something the average gamer will even consider. The Stealth 700 Gen 2 can be connected to a mobile device to take calls and listen to music, although it’s likely a little too bulky to wear in public, and it’s impossible to fold it up for easier storage.

The Turtle Beach Stealth 700 Gen 2 is a sold gaming headset for console gamers. Launching two separate models optimised for the two next-gen consoles – PS5 and Xbox Series X – is a nice touch, although you can arguably find better value if you’re a PC gamer.

That all said, the plastic build could well be a major turn off for most gamers, while the similarly priced first-party gaming headsets, Sony Pulse 3D Headset and Xbox Wireless Headset, arguably pack better features for their respective consoles.

You should buy the Turtle Beach Stealth 700 Gen 2 if…