What is the Turtle Beach Stealth 300?

Turtle Beach has been a household name in the world of gaming peripherals for years now, cementing itself as brand with a variety of both budget and high-end products. Headsets play a large part in this space, with myriad devices available for PS4 and Xbox One.

The Turtle Beach Stealth 300 is its latest. It sits between Recon 200s and Stealth 600s in terms of price and quality. It isn’t without its flaws, but the Stealth 300 is a solid headset considering its price. Players looking for a headset that is quick, easy to set up and use can’t really go wrong here. But be warned the reasonable price means it comes with the standard audio and aesthetic compromises you get at the affordable end of the market. 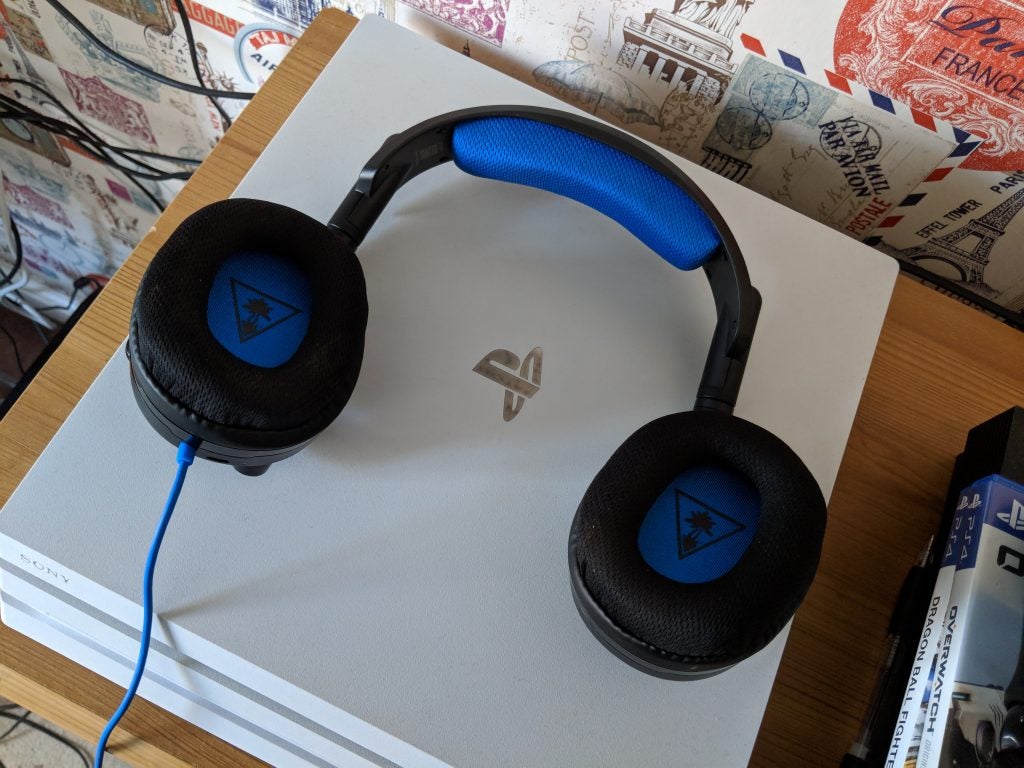 Turtle Beach has gone for a relatively safe design with the Stealth 300. The entire frame is made out of hard, matte plastic which results in a headset that feels surprisingly cheap to both hold and wear. It’s mostly comfortable to wear though thanks to its large, spacious ear cups that can be adjusted to fit your head size.

It won’t be winning any awards for attractiveness, and the inability to fold up the Stealth 300 and pop it into your backpack is a major negative for those hoping to use the headset for things other than online gaming.

As a wired headset, the Stealth 300 doesn’t depend on a temporary charge. Instead, you activate a duo of buttons on the left-hand side for power, volume options and accessing the seamless microphone. The mic function isn’t activated until you tilt it downwards.

It’s a little tricky to adjust settings on the headset without taking it off entirely, mainly due to how close together the buttons are. On the bright side, those who wear glasses (myself included) don’t need to worry about imminent headaches during long play sessions, as it doesn’t put pressure on the arms of them. 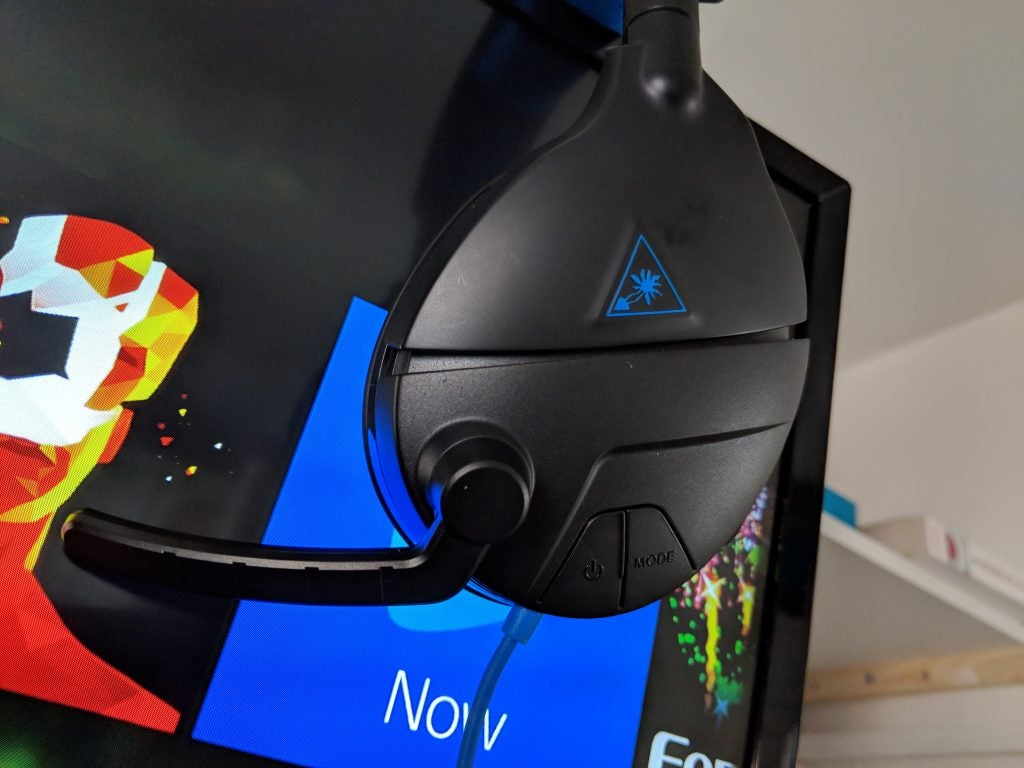 Tested primarily with Marvel’s Spider-Man and Overwatch, the Turtle Beach Stealth 300 provides clear and concise audio whether you’re hoping to pick out the details in an orchestral score or communicate with teammates while frantically scrambling for the payload.

It has four different audio presets – Bass Boost, Signature Sound, Bass, Treble Boost, and Vocal Boost – that aim to emphasise various qualities. Many of these improvements are bolstered by the built-in power amp, allowing enhancements normal stereo headphones would go without.

I found Signature Sound to be the best, striking a balance between the others without any notable compromise. Your personal favourite will depend on the genres you most enjoy, and whether they focus on character dialogue or environmental audio cues crucial to your own performance. Swinging throughout the city in Spider-Man was a joy as conversations of pedestrians intermingled perfectly with Spidey’s dialogue and crimes breaking out all around him.

Unfortunately, the other profiles aren’t particularly distinct. There is a minor, but noticeable increase in the low end on some of them, but they aren’t a game changer by any means. If you didn’t touch them at all, you probably wouldn’t be that fussed. 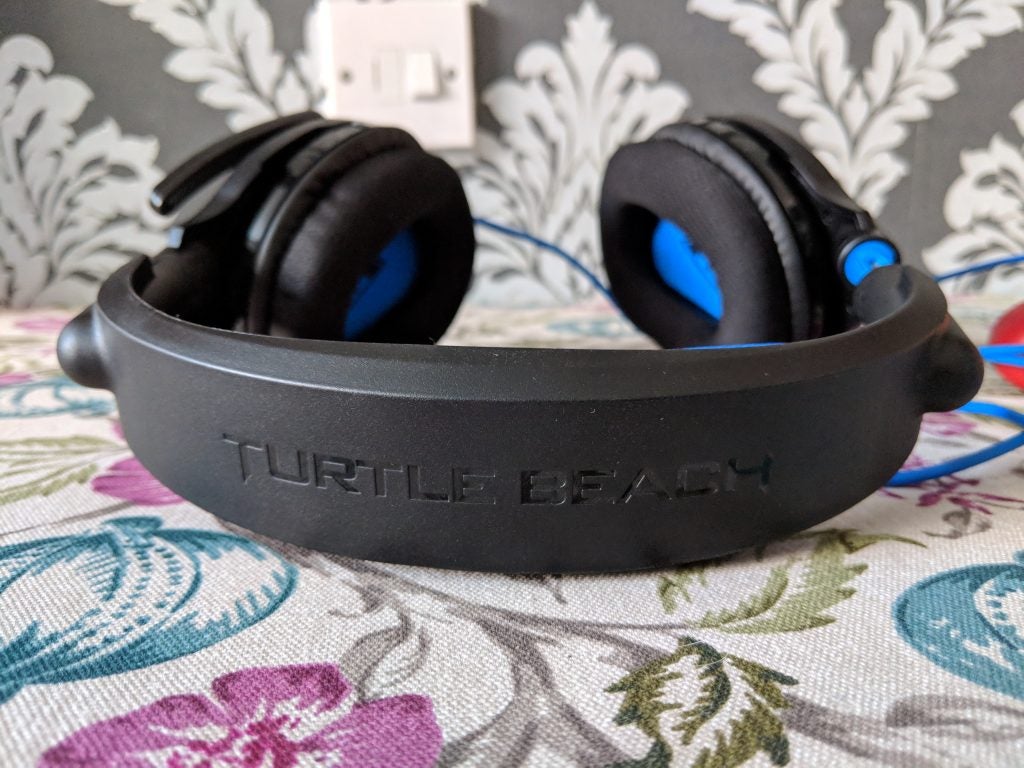 The mic works well enough and I never had any issues when communicating with teammates. Conversations on either side were presented with no major qualms.

Despite its moniker as the PS4 iteration of the Stealth 300, it worked just fine when plugged into the Nintendo Switch and Xbox One, although mileage may vary on microphone capabilities across all platforms. Oh, and you’ll still need to switch it on manually using the aforementioned buttons.

Why buy the Turtle Beach Stealth 300?

The Turtle Beach Stealth 300 is a very impressive headset for the cost and manages to excel in all areas. You aren’t getting anything top-of-the-line here, but regular console gamers needn’t worry if they’re looking for impressive audio options and an effective way to chat with friends online.

While the general aesthetic leaves a lot to be desired, the comfortable headset and memory-foam ear cups make it a pleasure to use during lengthy play sessions. As far as budget gaming headsets are concerned, this one might be worth a look.

The Turtle Beach Stealth 300 is a solid but by the numbers affordable gaming headset.