If you're after a gaming headset with flexible audio and a robust design but aren't too bothered about looks, the Turtle Beach Elite Atlas Aero is worth considering.

What is the Turtle Beach Elite Atlas Aero?

For years, Turtle Beach has struck an excellent balance between churning out affordable gaming headsets and peripherals that cater to more demanding, high-end users across both PC and console. Considering this, the Turtle Beach Elite Atlas Aero gaming headset is a commendable middle child for the iconic brand.

It offers plenty of appeal for both hardcore and casual players alike. Boasting a bunch of fascinating features, the only drawbacks for this gaming headset are its bulky build and unattractive design compared to rivals around a similar price. These qualms aside, I came away pretty impressed. 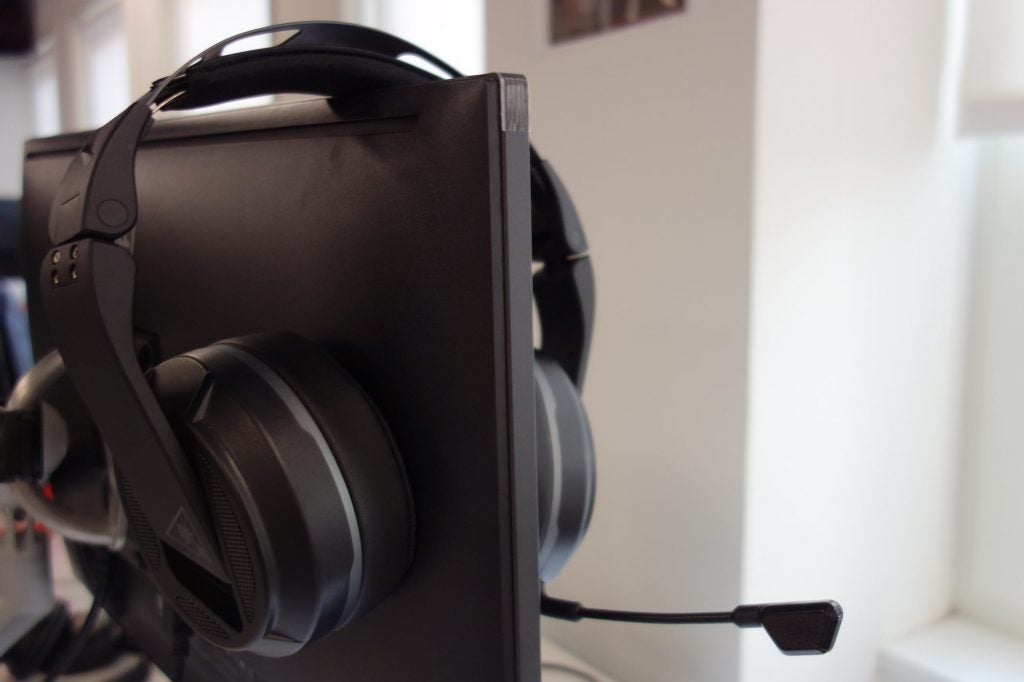 When I first unboxed the Turtle Beach Elite Atlas Aero and held it in my hands, I was taken aback by its weight. Obviously, you won’t struggle to lift it, and nor does its weight impact overall comfort, but compared to other gaming headsets it possesses an unexpected heft. There’s plenty of excellent audio hardware packed into these cans, which might explain the reason it’s significantly heavier than most other peripherals in this space.

The design itself is angular, with the headband extending with two lengths of magnetic plastic along the side of each ear cup. I found it unwieldy, having painfully pinched my fingers on the side while opening and closing the headset. It’s a bit of a nuisance you’ll learn to avoid after a few short sessions, but it’s worth mentioning. 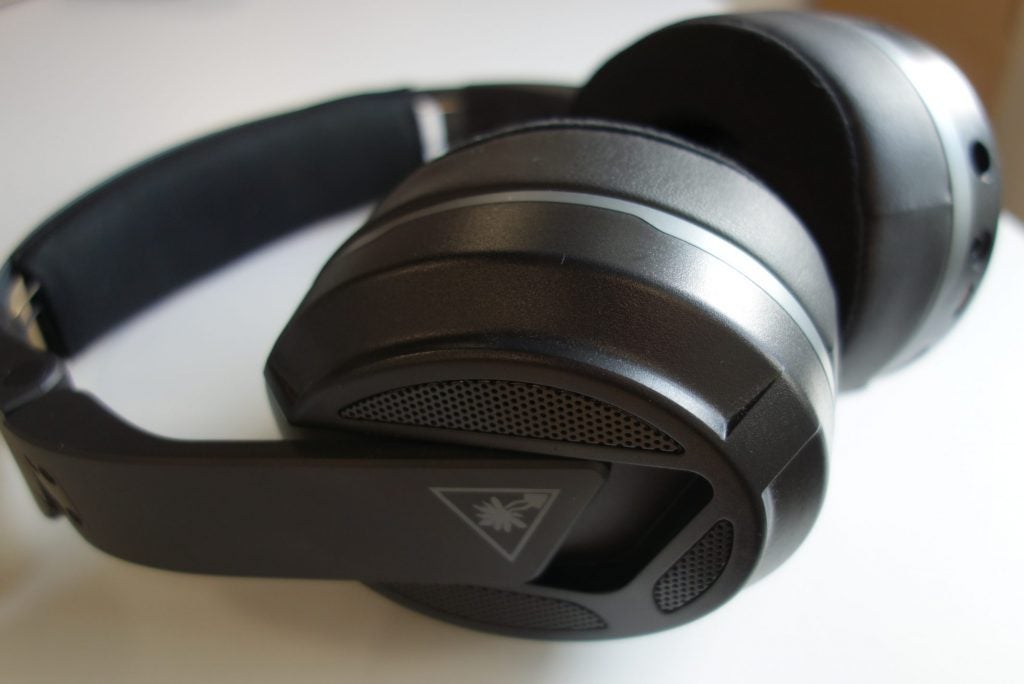 Memory foam ear cups – which are removable for easy cleaning – and a superbly snug fit ensure the Elite Atlas Aero remains comfortable to wear for prolonged gaming. If you wear glasses then it will irritably dig into the sides of your head overtime, but there’s an adjustable strap here to amend this.

Turtle Beach has even given this feature a fancy name in the form of the “ProSpecs Glasses Relief system.” It has the unnecessary bombass you’d expect from the brand, yet we can’t say no to extra comfort.

Like most gaming headsets, you’ll find a variety of different wheels, buttons and inputs on the left cup with the purpose of adjusting volume, enabling Bluetooth connectivity and changing your audio preset on the fly. One button activates the “Superhuman Hearing” feature, although this is just fancy speak for enhancing the amplification of footsteps, gunfire and other audio elements.

If you take the right ear cup off you’ll find a small compartment for storing the USB dongle, making the act of taking this headset on the move a trivial affair, and leaving little chance of losing a small plug-in device in the process.

Related: All we know about Xbox Series X 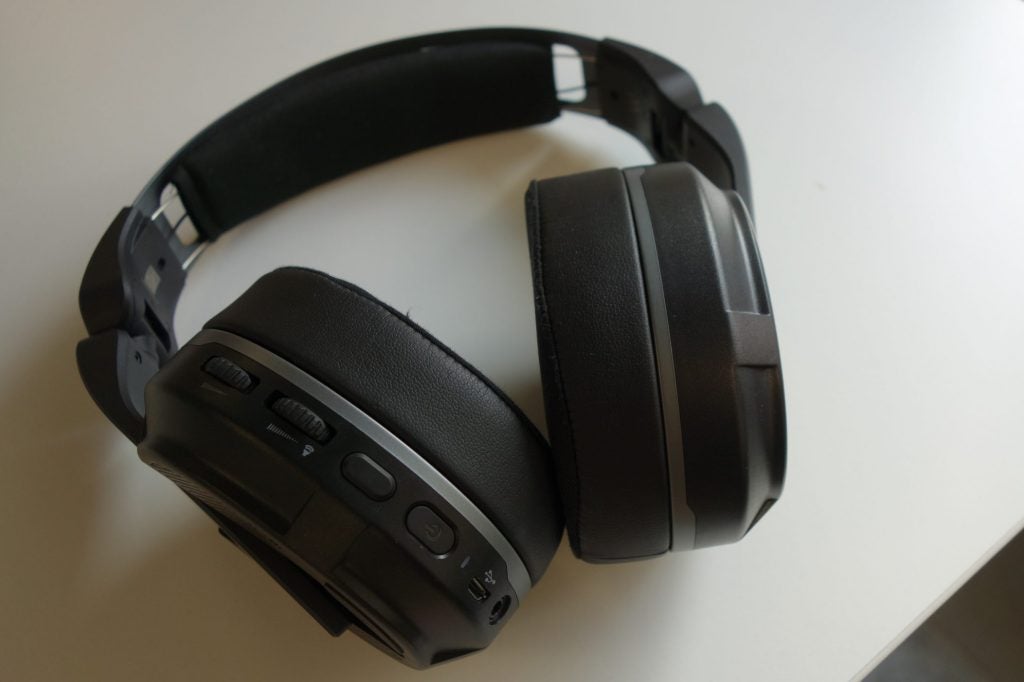 While it manages to impress when it comes to comfort and overall design, how does the Elite Atlas Aero perform where it really matters? The answer is incredibly well; it nails audio quality, even at the high price. While playing Call of Duty: Modern Warfare, everything felt audibly distinct, increasing a sense of tension while distant explosions and deploying of UAVs painted a brilliant picture of the battlefield.

It sounds excellent without any additional bells and whistles, but Turtle Beach has a few tricks up its sleeve to help the Elite Atlas Aero stand out from the crowd. The first and most significant is Wave NX 3D Audio. While it’s presented as a headset for multiplayer gaming, those who prefer a solo campaign have this mode for more immersive, three-dimensional audio.

It aims to recreate real-world sounds in a virtual space, striving to make the audio profile of each game you play more realistic. It isn’t a world-changing marvel, but it’s a convincing effect that effectively enhances the brutality of certain sound effects. This can be used on any and all games; it’s all about finding a sweet spot that suites you.

Superhuman Hearing is another big feature for the Elite Atlas Aero. As its titile suggests, it allows you to focus in on certain sound effects so you can hear them from a large distance. Being able to hear heavy footsteps of oncoming soldiers gave me a huge advantage. It almost felt like cheating. This feature has been touted as something primarily for competitive shooters and other eSports adjacent titles such as DOTA 2 and Overwatch.

I found it to be a cool yet unusual feature, but as someone who spends most of her time playing single-player games, it isn’t something I’ll use often. When playing Catherine: Full Body and DOOM, it washes out the soundtrack and dialogue in some instances, diminishing the impact of scenes instead of adding to them. Superhuman Hearing isn’t the paradigm shift Turtle Beach claims it to be, but it’s welcome nonetheless. 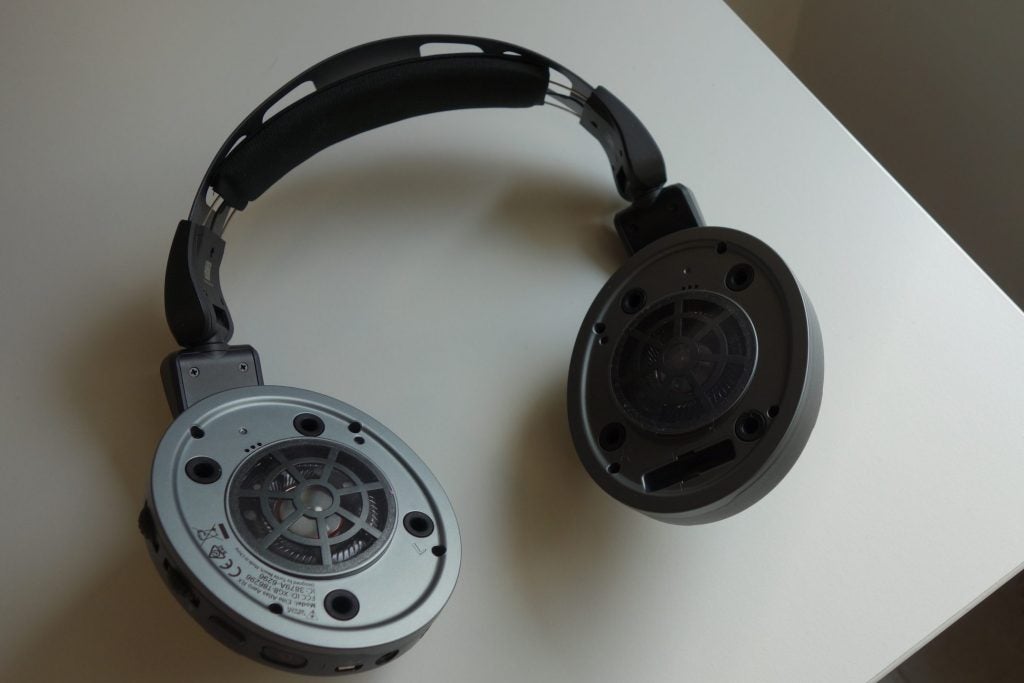 Should you buy the Turtle Beach Elite Atlas Aero?

The asking price of £130 is steep for a gaming headset, but I feel the Turtle Beach Elite Atlas Aero strikes an impressive middle-ground between mid- and high-range headsets on the market right now. It offers great audio, a solid design and plenty of features that help it stand out in some exciting ways.

The audio software presented by Turtle Beach is a little cumbersome, but it manages to get the job done and provide users with a few additional features to hone their audio experience. The Superhuman Hearing is particularly a big draw if you’re looking for an advantage in competitive multiplayer shooters.

Being usable on a number of different platforms is the cherry on top for a headset we’d happily recommend.

The high price and unattractive design will be sticking points for most, but this still remains one of the best gaming headset options currently available.