At £89.99, the Turtle Beach Elite Atlas Pro is a worthwhile investment, whether you're playing on PC or consoles.

What is the Turtle Beach Elite Atlas?

The Turtle Beach Elite Atlas is a mid-range headset sitting at a reasonable price point for its commendable build quality and clear, concise sound quality. The lack of true surround sound, simulated or not, is a disappointment, although Windows Sonic can step in to help when you’re playing on PC.

However, the Elite Atlas’ evident versatility across so many platforms helps it shine as a comfortably impressive headset that is quite easy to recommend regardless of your gaming persuasion. And, it comes in at less than £100. 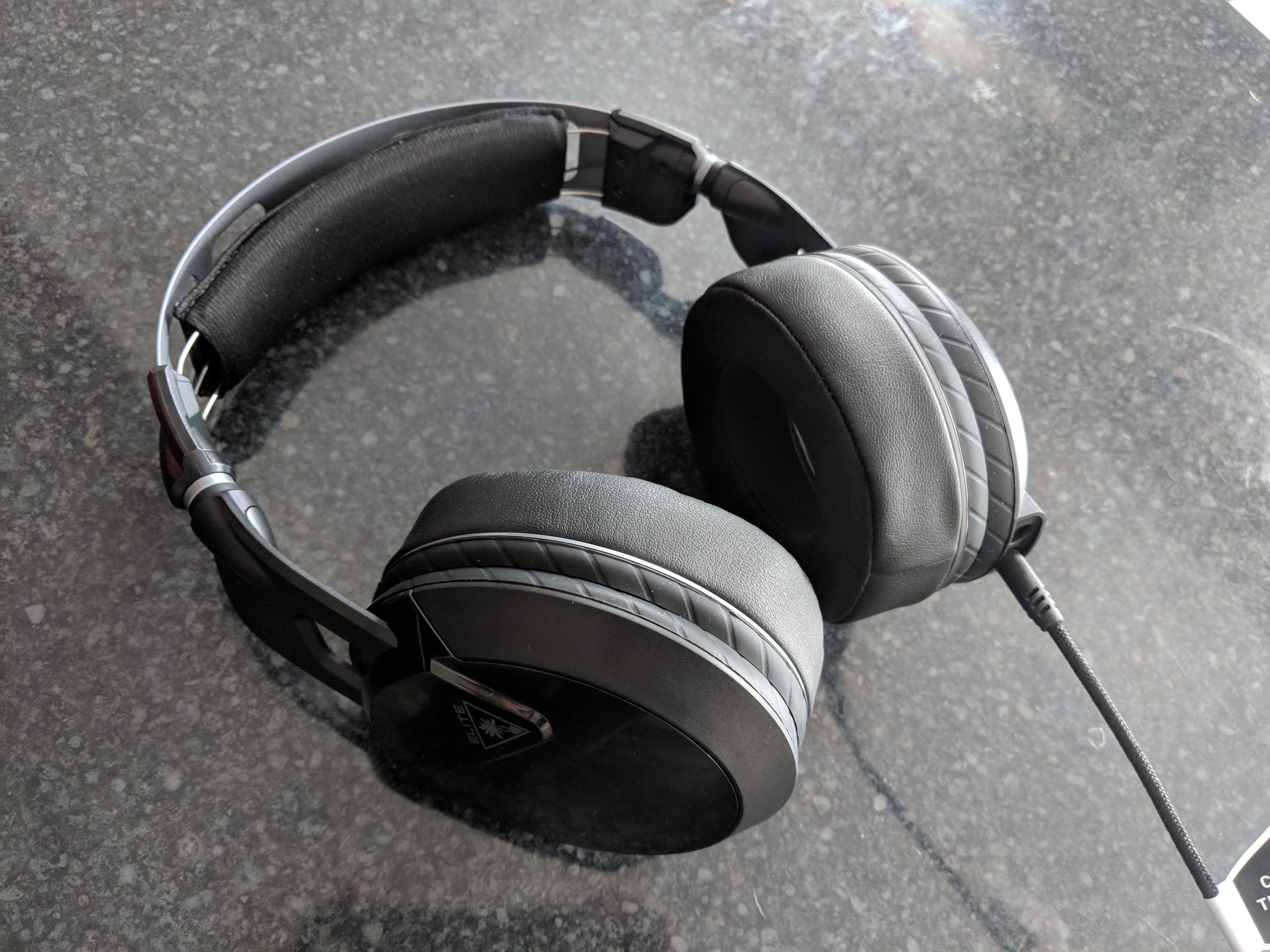 It’s very, very black, with a few hints of bright silver slithers throughout. Those hoping for a colourful peripheral will be let down here, but I adore the sharp, industrial design Turtle Beach has chosen to adopt with the Atlas. The majority of the device is hard plastic, which does make it feel a little on the cheap side, yet it results in a pleasantly lightweight headset to both feel and wear.

As someone who wears glasses when gaming, many headsets can leave me with dull aches at the side of my head after prolonged sessions. While I did feel this with the Elite Atlas, it was massively diminished. The memory-foam ear cups are remarkably comfy, soft to the touch and against your head. They’re also magnetic, easily removable for the clearing of dust and other bits of eventual debris.

The speaker plates on each side of the headset are also removable, allowing for customisation if you’re willing to fork out for extra pairs or additional decals. I don’t see myself doing this, but those hoping to put a personal touch on peripherals definitely have the option. Don’t worry, they aren’t likely to fall off at all during use.

My favourite part of the design is arguably the metallic headrest, which is complemented by a soft, adjustable layer that rests fittingly atop your head. It’s an extra element of flair on a headset with an otherwise unremarkable aesthetic. It’s a nice touch but won’t win any prizes for creativity.

The microphone is attached on the left-hand side right next to the audio jack and doesn’t boast the same level of build quality as the rest of the headset. Attaching it requires an unusual amount of force as you jam it inside, and pulling it out feels equally precarious. For just shy of £90, I’d hope for something that doesn’t feel like it might break during assembly. The aforementioned lack of surround sound is one of the Elite Atlas’ biggest flaws, lacking a feature that would really help it shine in the likes of Call of Duty: Black Ops 4, which I primarily used to test things out. That being said, Dolby Atmos support is available for titles that support it, and PC users can benefit from Window’s catch all Windows Sonic system for provide surround sound.

Fortunately, the delivery of sound is otherwise fantastic when playing games. Bass is hugely distinctive, making the directions of nearby gunshots and footsteps clear in the confines of an intense deathmatch. Unlike other headsets, smaller, less discernible sounds aren’t lost amongst the heavy delivery of bass and other tones, resulting in a package of audio that feels nicely refined.

Outside of gaming, the Elite Atlas is sadly underwhelming when it comes to delivering a premium audio experience. Listening to Spotify results in songs that feel unusually tinny, lacking the customising levels that help virtual outings shine. The same can be applied to Netflix, Crunchyroll and other streaming platforms.

The lack of any bespoke software for individual sound levels and different presets is disappointing. Especially when the latter, albeit in a limited capacity, can be found on cheaper models like the Turtle Beach Stealth 300.

Questionable build quality aside, the Elite Atlas microphone is otherwise exceptional. You can adjust it to the position of your mouth, ensuring the microphone itself is where it needs to be.  It’s unidirectional, noise-cancelling technology also ensures that your online friends won’t pick up any unnecessary chatter or outside interference.

What you hear is what you get with the Atlas, which is both a blessing and a curse depending on if you use it only as a gaming headset and not a multifaceted device. 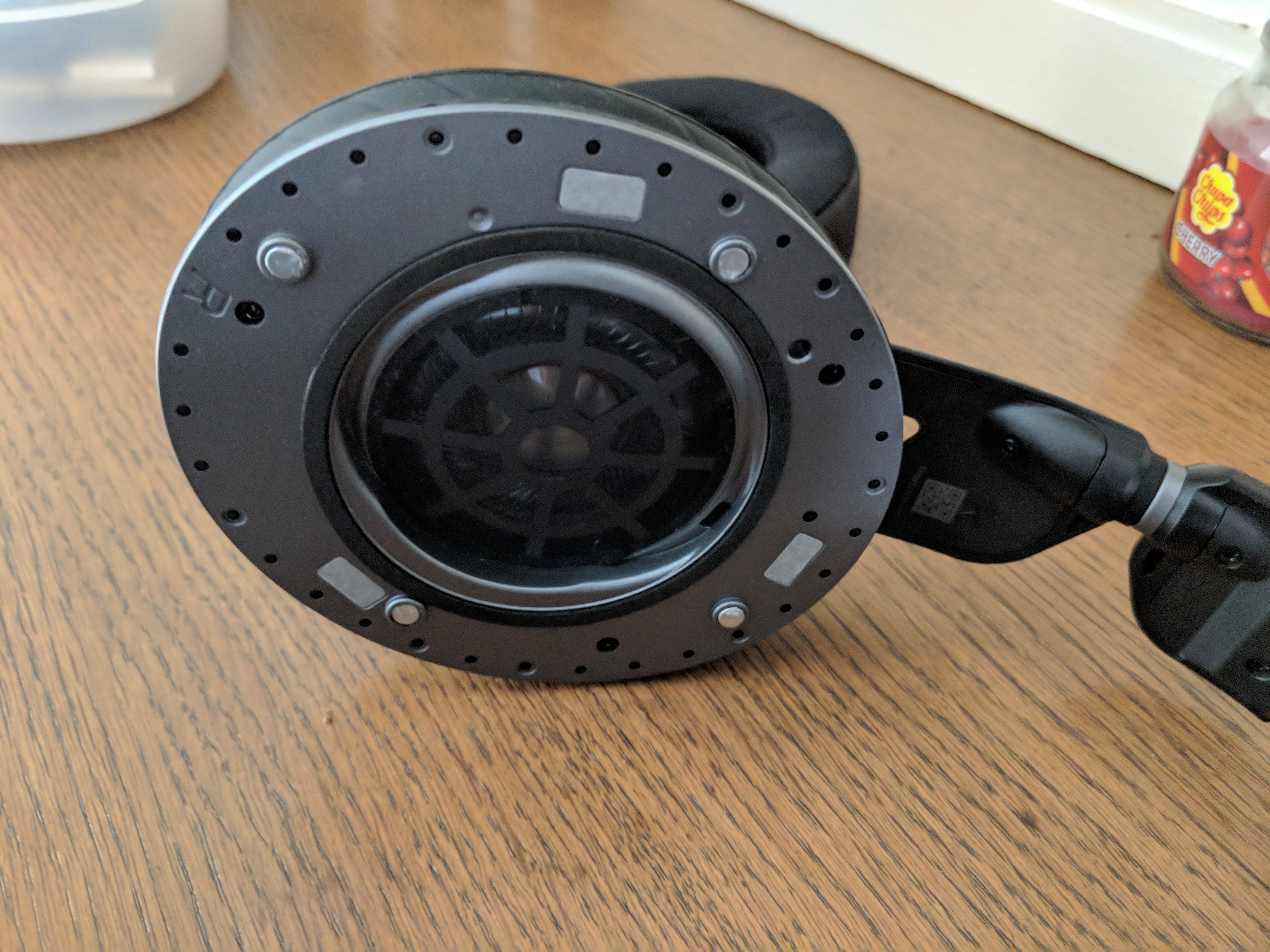 Should you buy the Turtle Beach Elite Atlas?

At £89.99, the Turtle Beach Elite Atlas is a worthwhile mid-range headset for all manner of gamers, whether you’re playing with friends on PC or consoles.

It’s very comfortable to wear and won’t irritate those who wearing glasses thanks to detachable memory foam ear cups that add an element of luxury without breaking the bank.

The Turtle Elite Atlas is a solid headset that’s more than good enough for console and PC gaming.