What is the Turtle Beach Ear Force Z60?

The Turtle Beach Ear Force Z60 is a PC and Mac gaming headset which promises so-called “game changing” surround sound. Its DTS Headphone:X Surround Sound technology may be a first for a gaming headset, but it’s not quite the “game changer” it claims to be, sounding much like other virtual surround technologies available on other headsets.

However, at £99.99, the Ear Force Z60 certainly hits the sweet spot between price and features. It has everything most gamers would want from a headset, such as advanced chat features, audio presets for games, movies and music, and compatibility with a wide range of devices.

The Ear Force Z60 works with anything that has a standard 3.5mm headset connection, such as mobile phones, tablets and portable game consoles. If you’re using a PC or Mac, then a USB amplifier connects to your computer and provides surround sound processing. The headset doesn’t officially work with games consoles, but it will connect to the PS4’s DualShock 4 controller, and will also work with the Xbox One Stereo Headset Adapter, sold separately. 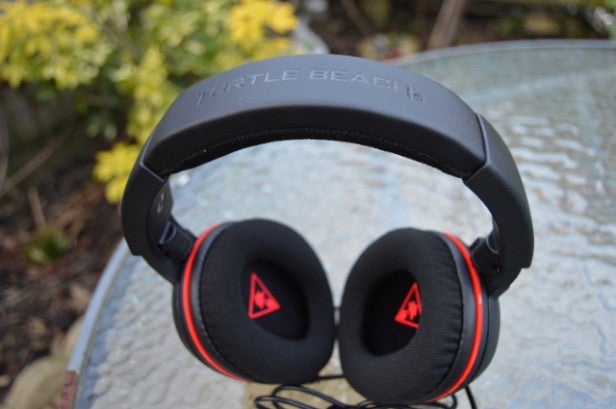 The Ear Force Z60 sound good, with particularly deep bass. Action games such as Call of Duty are endowed with the bass and loudness that they deserve, while 7.1 channel DTS Headphone:X Surround Sound provides a greater sense of immersion for movies. Voice communication is particularly good, partly thanks to dynamic chat boost which automatically prioritises voices over in-game sounds, and the fact that you can hear yourself in the headset, so you don’t have to shout.

There are relatively few weaknesses on the Z60. It looks like a lot of other gaming headsets, which is to say it’s big, plasticky and relatively ugly. The microphone is a separate component, so it completely removes from headset the itself, but is also a little easy to lose. And the audio is a little too strong on bass and too weak on treble when compared to other headsets at this price. However, for the price, you’ll struggle to find a better PC gaming headset. 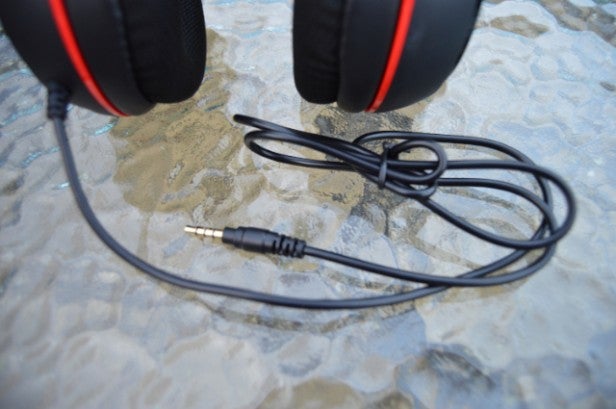 If you’ve watched a pro gaming tournament recently, chances are the headsets adorning those young gamers’ heads are from Turtle Beach. The New York-based company has thrown a vast amount of money at the eSports scene, its most popular games and the pro gamers who play them.

However, the headsets atop those players’ heads often cost upwards of £200. What if you want Turtle Beach’s gaming audio expertise at a more wallet-friendly price? Enter the Ear Force Z60, a wired gaming headset that costs just under £100. It’s intended for PC gamers, but it will also work with Apple Macs and mobile devices, as well as PS4 and Xbox One (although the latter consoles aren’t officially supported).

The headset itself is exactly what you would picture if someone mentioned the words “gaming headset”. It’s black, made mostly of plastic, and has a large “Z60” logo on each of the earcups. Thankfully, it’s not too garish, but by the same token, it’s not stylish either. Like most of the PCs its designed to go with, the exterior of the product isn’t meant to impress–it’s what’s inside that counts.

The finish on the headphones is functional, rather than luxurious. Material padding around the ears and headband mean that it’s comfortable to wear for long periods, but it lacks the soft leather finish often found on more expensive headsets. The Z60s are bigger than most portable headphones, so bear that in mind if you’re intending to use them on-the-go. Also, at 285g, the headset is relatively heavy. 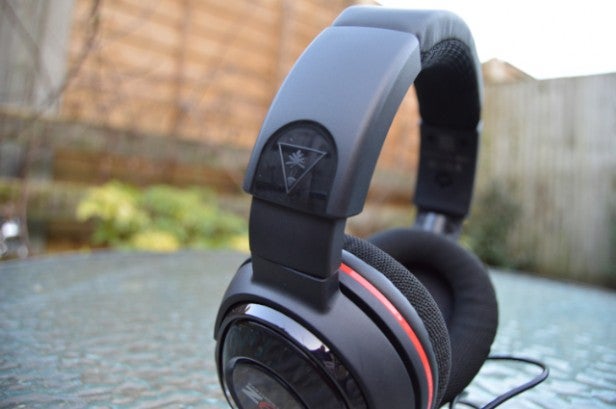 The headphones feel rugged enough to be thrown into a backpack, which is good as the package doesn’t include a carrying case. The headset ear cups twist around and lay flat, which is another bonus if you’re going to be carrying them around. One note for those who like to customise their Turtle Beach headsets: you can’t change the earcup designs as you can with many of the company’s other headsets.

The microphone is extremely long; almost double the length of most similar microphones. It’s a completely separate part of the headset–it can be detached completely when you don’t want to use it, although that also means it can be easily lost if you’re not careful. We’d have preferred the microphone to elegantly retract into the headset, like it does on the similarly-priced SteelSeries Siberia V3.

The final part of the Ear Force Z60 package is the USB sound card, which is used when connecting to a PC or Mac. This little dongle processes the DTS Headphone:X Surround Sound, but it’s also used to control the headset itself. There are knobs to tweak audio and microphone volume, and buttons to turn the mic on and off and switch between gaming, movie and music presets. If you’re connecting to any other type of device, you just plug straight into the headphone socket.

The Ear Force Z60 offers good if unspectacular audio quality; exactly in line with what you’d expect at this price level. The large 60mm drivers in each earcup deliver a deep, bassy sound, which is particularly good if you play a lot of action games. Call of Duty: Advanced Warfare is filled with the sort of bombastic set pieces that make this headset sound best, while beat-heavy music sounds equally good.

On the flipside, the headset isn’t that good when it comes to treble; details were noticeably lacking when it came to voices and lighter musical instruments. Some of this can be mitigated by selecting the correct mode on the USB adaptor; Cinema Mode keeps dialogue a little be cleaner, for example. Likewise, music mode really turns up the bass, showing off those impressive 60mm drivers.

Turtle Beach has made a lot of noise about its DTS Headphone:X technology, which is a first for a gaming headset. If you’re on a PC or Mac, the Ear Force Z60 will take up to 7.1 channel audio and create a pseudo-surround mix for the headset. This does make it easier to locate the precise angle of a grenade drop in Battlefield, for example, but DTS Headphone:X isn’t noticeably better than competing surround sound technologies. 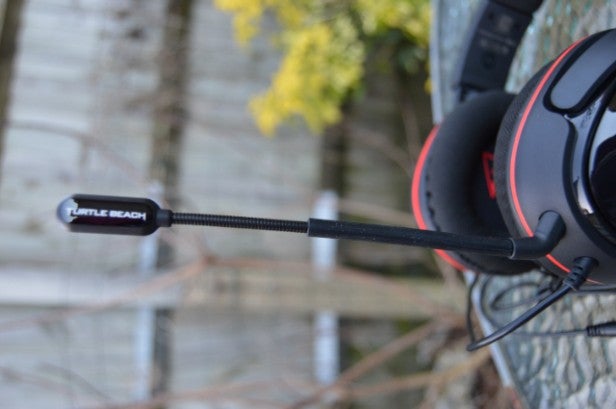 The voice chat features are much more impressive. The headset mixes your voice into what you hear, meaning you don’t end up shouting when you’re talking to people online. Turtle Beach’s Dynamic Chat Boost monitors incoming voices and keeps them audible even if there’s a lot of action happening in the game.

The Z60 isn’t officially compatible with the PlayStation 4 or the Xbox One, but we found it worked fine with both consoles. On the PS4, it plugs into the DualShock 4 controller, and on Xbox One it also connects to the controller, but you’ll need Microsoft’s separate adaptor. The headset didn’t go as loud as we wanted in our tests with these consoles; whereas on computers, tablets or mobiles, it went deafeningly loud, on PS4, it didn’t go loud enough. 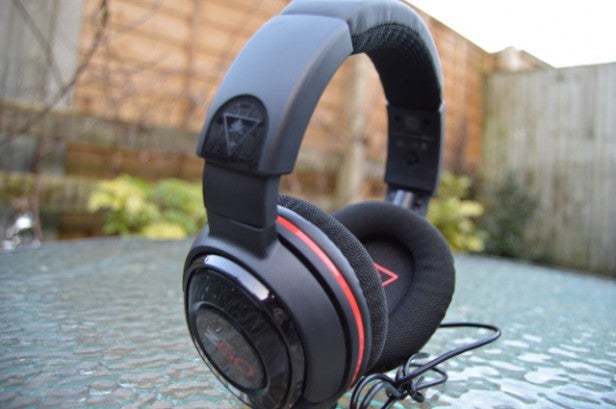 Should I buy the Turtle Beach Ear Force Z60?

The Turtle Beach Ear Force Z60 could be considered the new de facto standard for PC gaming headsets. It comes with all of the features that most gamers need, while sounding great in the games that most gamers play, all at a very competitive price.

The Z60 is particularly impressive when it comes to delivering bass, endowing action games and dance music with the presence they deserve. Things are less good at the high-end, but with some tweaking on the in-line controls, movies still sound good. The chat options particularly impress–Dynamic Chat Boost and Microphone Monitor really improve the online gaming experience. DTS Headphone:X technology is good, but it’s not significantly better than what you’ll find on competing headsets.

The Ear Force Z60 may only officially support PC, Mac and mobile gaming devices, but we found it worked with pretty much everything else, including the latest game consoles. That versatility means they’re a good choice if you have a lot of gaming devices, although they’re a bit too quiet on the PS4 and Xbox One.

The Turtle Beach Ear Force Z60 offers great features and good audio quality at under £100, making it a great choice for anyone looking to upgrade their gaming audio experience on a budget.