What is the Turtle Beach 500P?

The Turtle Beach 500P is a wireless gaming headset meant for use with the PS3 and PS4, though it works to an extent with PCs too and is suitable for taking out and about with a mobile phone. Although it uses a normal pair of drivers it incorporates Dolby’s latest virtual surround sound technology too.

The 500P is a headset of the larger circumaural style, with earcups large enough to fit around your ears. However, for such a headset it’s quite compact.

The straight sided earcups are more space efficient than fully circular ones, measuring just 75mm across, and they fold flat too. We’re not talking fit-in-your-pocket portability but the 500P are definitely more manageable than many headsets of this style. 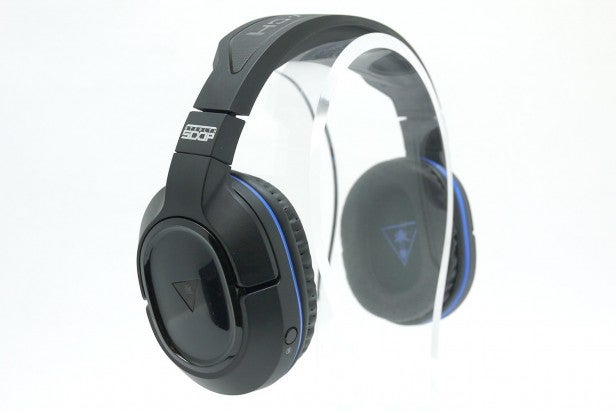 Their styling is okay. The choice of mostly black is a safe one and the overall shape is elegant enough, while the blue ring is a nice little detail. However, there is a lack of finesse to the details, and particularly to how the various features of the headset are integrated.

The main power button is incorporated into the Turtle Beach logo on the right earcup but all the other controls are just plonked round the edge – there’s definitely a geeky vibe to them.

Of course, the flipside is you do get lots of features. On one earcup you get volume controls for the headphones and voice chat. There’s a microphone mute button, sockets for charging (microUSB) and plugging in a phone or other wired sound source, and there’s a button marked “Presets’.

The latter is the clue to this headset’s secret sauce, which is its digital sound processor and 7.1 channel virtual surround sound. With a tap of that one button you can switch between different sound profiles (Natural sound, bass boost, bass and treble boost, vocal boost) and by holding it down you can switch between its surround modes (Game Mode, Movie Mode, Music Mode, Stereo).

The left earcup is home to the microphone, which is removeable and uses a standard 3.5mm jack socket, so should you lose the original it shouldn’t be too hard to find a replacement. 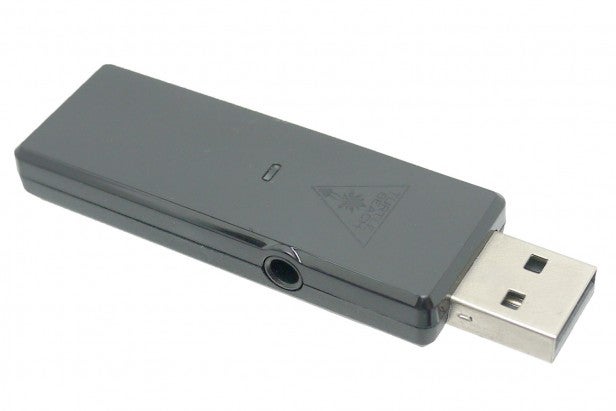 As well as the headset there’s also a USB transceiver for connecting the headset to your console or PC. This incorporates an optical digital audio socket which is required to receive the 5.1 digital stream from the PS3 and PS4 – the required cable is included in the box, along with mobile phone and charging cables.

Turtle Beach 500P – Comfort and Ease of Use

Setting up the 500P is a doddle, with the headset even arriving ready charged. Note, if you do use this headset with a PC the microphone and headphone volume controls are swapped (remember it’s not actually designed to work with the PC, it just happens to).

Less of a doddle is adjusting the headband, which is quite stiff and is impossible to move with the headset on, plus the edges of the headband adjustment are rather pointy making adjustment uncomfortable too.

Half the reason the headband is so impossible to adjust when on your head is that the headset clamps very tightly, with quite a pull needed to get them on in the first place. 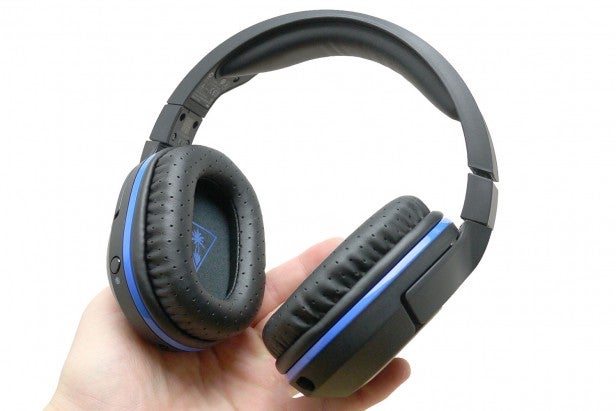 Thankfully the padding is just sufficient to keep that pressure off your ears though there’s still a noticeable forced applied by the padding to the side of your head, which can become uncomfortable after an hour or so.

On the plus side, the headband is required to do almost nothing in terms of supporting the headset, meaning pain from pressure on the top of your head can be avoided.

The tight clamping also, when combined with the headset’s light weight, means this headset won’t fall off no matted how hard you head bang.

In terms of ease of use, we did find the volume controls just a bit to easy to knock accidentally and would prefer either a stiffer volume wheel or volume up and down buttons instead – the latter would certainly look more elegant too.

Otherwise Turtle Beach has got the ergonomics right, with the controls falling easily under thumb and finger and the flexible microphone offering lots of adjustment options. Turtle Beach is a gaming headset specialist and it largely shows when it comes to the practicality side of this headset. 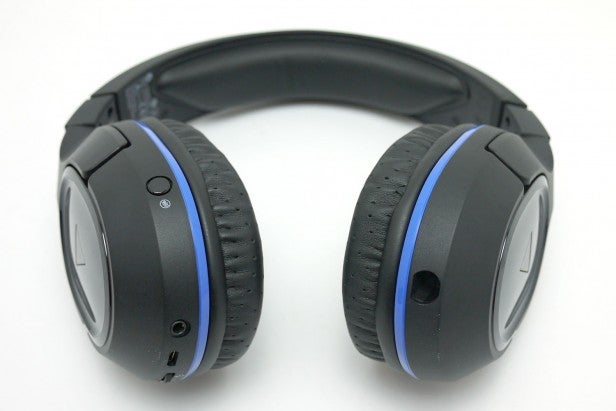 Starting off in standard stereo mode, the 500P delivers clear, enjoyable audio that works up to a reasonable range of around 5m (though walls will reduce this). The sound signature is typical of a gaming headset with fairly prominent bass and slightly boosted treble but it’s not totally overdone, making the headset still suitable for a wide variety of listening.

They use a closed back design, which in theory should mean they block out a reasonable amount of external noise – especially with that tight seal they provide. However, noise reduction is fairly minimal so they’re not quite so suited as we’d hoped for use while out and about, though at least fellow passengers will be happy you’re not leaking your music out onto the train/bus like you would with open back headphones.

Playing around with the different audio profiles, they all do as you’d expect, with the vocal boost actually doing a surprisingly good job of bringing voices to the fore. Overall, though, we felt there was plenty enough bass already in the Natural sound profile that none of the other bass boosting profiles were needed.

As for surround sound, we’ve previously been rather impressed by Turtle Beach’s virtual surround offerings but here we were less so. There simply didn’t seem to be quite the same sense of space as on the Z300 for instance, though of course that’s somewhat understandable given that headset’s higher price.

Nonetheless, we’re generally advocates of the use of virtual surround sound and here it did help bring games and films to life that little bit more, opening out the sound stage and matching sounds to their perceived location that bit better. We find it most benefits competitive gaming where the greater sense of space and distance allows you to better track where sounds – and therefore enemies – are coming from.

As for battery life, Turtle Beach’s claimed 15 hours seemed accurate, with us easily exceeding tens hours of use in our testing. The headset will also automatically power down after being left idle for a few minutes, to save battery too, which is a handy feature. 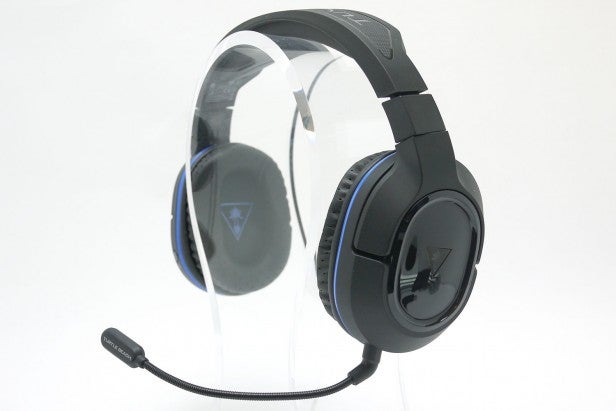 Should I Buy the Turtle Beach 500P

The Turtle Beach 500P gets most of the basics right. It’s easy to use, sounds decent in both stereo and surround modes and it’s reasonably comfortably.

However, we find the fit a bit too tight and we’re not overly keen on the volume controls. There’s also the added disappointment from the lack of noise isolation. What’s more, it’s a bit of a shame it only works properly with PS3 and PS4, making it not an option if you’re looking for a one-size-fits-all solution.

The Turtle Beach 500P is a decent option for those that only have a PS3 or PS4 and want both stereo and virtual surround sound. However there are a few little ergonomics issues and £99.99 seems a lot for something that only works fully with a single type of games console.